Xbox Originals: Coming Soon to a Screen Near You 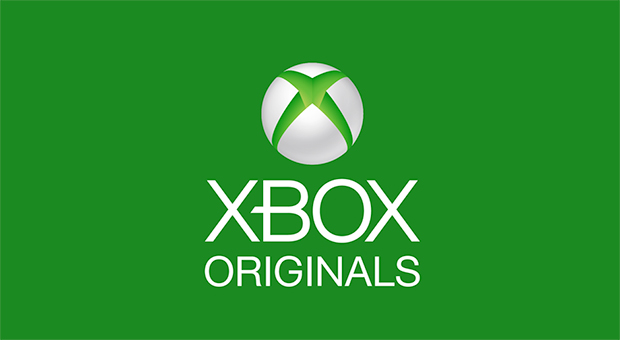 Starting this June, you’ll have more reasons to love your Xbox: Xbox Originals – premium dramas, comedies, documentaries, animation, unscripted shows, and live events. Available only on Xbox 360, Xbox One, and other Microsoft devices, every Xbox Originals show will offer interactive capabilities, as well as unique interactive features customized on a per-show basis, making it a one-of-a-kind entertainment experience you won’t find anywhere else.

Xbox Entertainment Studios has attracted a slew of top Hollywood talent to develop its original programming slate, with names like Steven Spielberg and Ridley Scott attached to two separate scripted projects based on the “Halo” franchise – but that’s only the beginning. Other shows in production include an unscripted series about international street soccer, an original drama about robotic servants in a dystopian world, and a documentary about the search for discarded Atari games in a desert landfill – which were unearthed yesterday in New Mexico – amongst several others.

“We are developing premium, original content for the Xbox community which is an audience we are incredibly respectful of,” said Nancy Tellem, President of Xbox Entertainment Studios. “We believe Xbox Originals should embrace the way our fans think about traditional TV.” Tellem’s creative vision involves year-round, high-quality programs based on subjects gamers care about, with interactive features tailored to each show.

Xbox hopes that Xbox Originals will provide incentive for fans to make the Xbox their all-in-one entertainment device. In the eyes of the Xbox Entertainment Studios team, original shows aren’t a departure, but rather an extension of what Microsoft Studios has been doing for years with first-party game development.

“Microsoft has a long and rich legacy in the content business,” said Jordan Levin, Executive Vice President of Xbox Entertainment Studios. “Games have been part of our DNA for at least the last 15 years, and creating original TV content is a logical next step in our evolution.”

According to Tellem, bringing together the most forward-thinking minds at Microsoft with the most creative minds in entertainment is how Xbox Entertainment Studios is betting on success. Gaming is the heart and soul of the Xbox platform, and the objective of Xbox Originals is to bring more value to fans, Tellem said.

“I know full well from my years spent at traditional TV networks that creating a lineup of hit shows isn’t easy. It’s the beginning of a long journey, but we’re incredibly excited to be on our way,” Tellem said.

The Xbox Originals lineup covers a wide array of subjects and formats, both scripted and unscripted. Many projects are already in production and have set release dates, while some are still in the early development stages. Here are some of the new shows you can look forward to watching on your Xbox and other favorite screens, starting this summer: 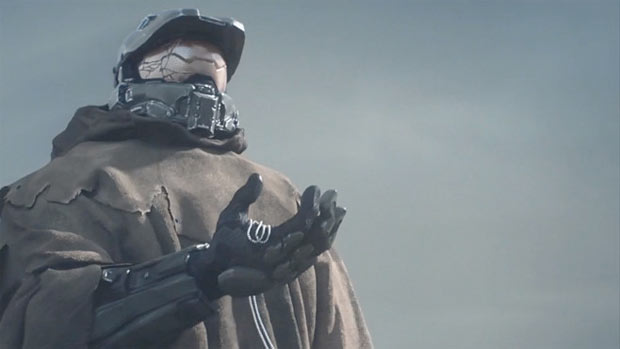 The “Halo” television series is a groundbreaking original series based on the award-winning “Halo” franchise. Award-winning filmmaker, director and producer Steven Spielberg will executive produce the live-action TV series, created in partnership with 343 Industries and Amblin Television.

“Every Street United” is an unscripted series of eight, thirty-minute episodes and a one-hour finale, featuring legendary soccer players Thierry Henry and Edgar Davids, focused on the global search for soccer’s most gifted and undiscovered street stars scouted across eight countries (United States, England, Argentina, Spain, Brazil, the Netherlands, Ghana and South Korea). The series culminates this July in a 4v4 street game finale in the shadow of the World Cup in Rio de Janeiro.

Each episode will feature unique and incisive narratives about the grassroots street stars and the communities that shaped them. Industry veteran and eight-time Emmy-Award winning producer, director, writer and editor Jonathan Hock (“Streetball,” “30 for 30: The Best That Never Was”) is directing the series. Emmy-Award winning producer Mike Tollin and Mandalay Sports Media are executive producing. Professional soccer luminaries, Henry and Davids, will serve as coaches for the 4v4 street game in Rio. “Every Street United” will premiere in June 2014. All episodes will be available through Xbox Video for Xbox One, Xbox 360, Windows 8 (PC and Surface) and Windows Phone 8.

Xbox owners around the globe can experience the magic of the 13th annual Bonnaroo music and arts festival with a live concert destination on Xbox Live Friday, June 13 through Sunday, June 15, 2014, brought to viewers in partnership with Superfly Presents. With the Bonnaroo app, fans can enjoy live music like never before, with a virtual experience featuring the best performances, multiple stages, biggest artists and amazing SuperJams, and explore this year’s lineup to see the best of Bonnaroo’s past with exclusive performances. Fans can also join the conversation with fellow virtual-Bonnaroovians and get connected to their friends and the festival. Xbox is the exclusive broadcasting partner for Bonnaroo and the only location to get all of the interactive features.

“Signal to Noise”/“Atari: Game Over”

The first installment, “Atari: Game Over” (working title), explores the fabled Atari mystery, dubbed “The Great Video Game Burial of 1983.” As the legend goes, the Atari Corporation, faced with overwhelmingly negative response to the E.T. video game, disposed of millions of unsold game cartridges by burying them in the small town of Alamogordo, New Mexico. Fuel Entertainment took an interest in the legend, and in December 2013, with help from local garbage contractor Joe Lewandowski, acquired the exclusive rights to excavate the Alamogordo landfill. Fuel Entertainment then brought the opportunity to Xbox Entertainment Studios. The team will head to the landfill in question to determine if the story is true, interviewing a cast of characters related to the game and its mystery along the way. “Atari: Game Over” is directed by writer/director Zak Penn (“X-Men 2,” “Avengers,” and “Incident at Loch Ness”). It will air exclusively on Xbox One and Xbox 360 in 2014. 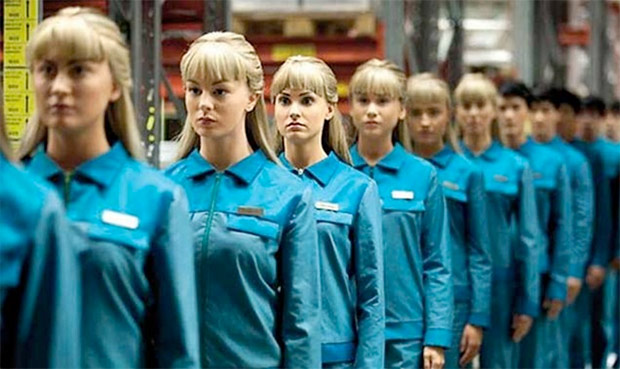 “Humans” is a bold new drama co-produced with UK broadcaster Channel 4. Award-winning UK production company Kudos (“The Hour,” “Utopia,” “Broadchurch”) will produce the hour-long, eight-episode series, which will share a premiere broadcast window on the Xbox platform and Channel 4 in the UK in 2015.

Executive produced by Jane Featherstone (“Life on Mars,” “Broadchurch”) and Derek Wax (“The Hour,” “Sex Traffic”), and written by British writing team Sam Vincent and Jonathan Brackley (“Spooks,” “Spooks: The Greater Good”), “Humans” is an English-language adaptation of Sveriges Television and Matador Film’s acclaimed Swedish series, “Real Humans.” “Humans” is set in a parallel present where the latest must-have gadget for any busy family is a ‘Synth’ – a highly-developed robotic servant eerily similar to its live counterpart. In the hope of transforming the way they live, one strained suburban family purchases a refurbished synth only to discover that sharing life with a machine has far-reaching and chilling consequences. Casting for “Humans” will begin in May 2014, and production will commence later this summer.

343 Industries and Scott Free Productions are creating a “Halo” digital feature to be released later this year. The project will be executive produced by Ridley Scott and Scott Free TV President, David Zucker. Sergio Mimica-Gezzan (“Battlestar Galactica,” “Pillars of the Earth,” “Heroes”) will direct. 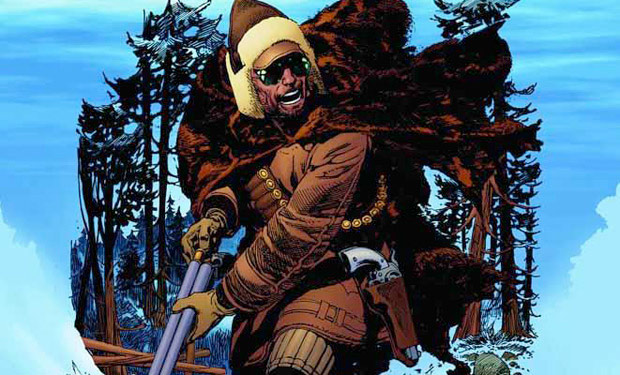 Xbox Entertainment Studios and IDW Entertainment are co-developing a limited event live-action series based on Chuck Dixon and artist Jorge Zaffino’s seminal graphic novel series “Winterworld,” in which our world has been encased in ice from pole-to-pole. The surviving humans have formed tribes that war, enslave and trade with one another in an effort to survive the infinite winter. Ted Adams and David Ozer from IDW Entertainment, and Rick Jacobs and Dave Alpert from Circle of Confusion (“Walking Dead”) will executive produce.

Xbox Entertainment Studios acquired the rights to “Gun Machine,” a hardboiled detective thriller based on the New York Times bestselling novel by Warren Ellis. Ellis will executive produce with Brett Conrad (“The Killing,” “Sons of Anarchy,” Netflix’s upcoming “Marco Polo”) who has signed on to write the pilot script about a detective tracking a serial killer who is tied to a mysterious collection of guns used in infamous New York murders.

In this unique comedy format developed by Xbox Entertainment Studios with JASH (a comedy collective founded by Sarah Silverman, Michael Cera, Tim and Eric and Reggie Watts), the biggest names in comedy will showcase the people that make them laugh. Each week, a different comedian will host/curate a show featuring new and unsung talent, in various video formats. Sarah Silverman will host the pilot episode and Daniel Kellison (“Late Night/Late Show with David Letterman,” “Jimmy Kimmel Live,” “Crank Yankers”) will executive produce. The series has a pilot commitment and will begin shooting in June.