I have finally updated my game development tools for programmers. If you would like to read my video game software for beginners, please click this link. This list is for those who have some basic programming skills. The tools outlined in this article include both 3D and 2D engines and are used by one-man bands to large studios. I do outline the costs, but it’s worth noting that Sony and Microsoft only permit developers who have passed their screening process to develop games for their platforms. Let’s get started… 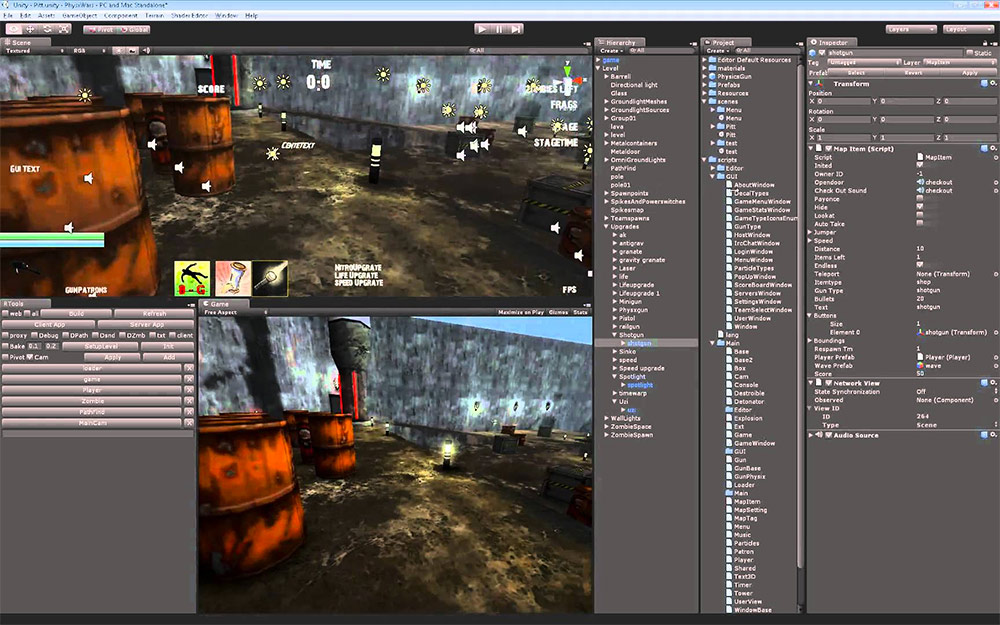 Unity is not only my favourite, but also the most extensively used 3D game engine currently on the market. The latest version is packed full of features including new dynamic lighting updates and a fantastic standard shader. The new audio mixer allows you to change the audio on the fly, to muffle or alter sounds and time them perfectly to the character’s actions.

Unity is free to use for the personal edition and the professional version starts from $75 a month. Amazingly, the free version does not have a limited toolset but lacks support, reporting, analytics and cloud builds, which can easily be added at a later date. Three development languages are officially supported: C#, UnityScript (basically JavaScript with type annotations) and Boo, so it’s quite versatile (however, Boo is deprecated). As this is hugely popular, it has a large number of assets and plugins available to help you create your first game. The fact that it deploys to multiple platforms also means you widen the reach of your games.

Unity Asset Store – A huge range of assets and models to use in your games. 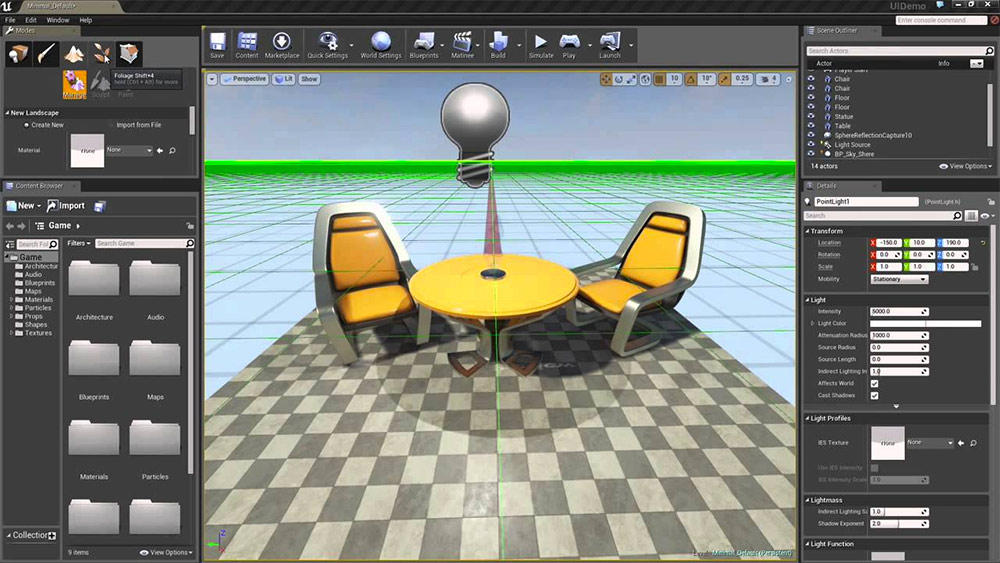 The Unreal Engine powers hundreds of games as well as real-time 3D films, training simulations, visualization and more. Unlike some of these engines, it works on both PC and Mac. I love this engine and it is going from strength to strength with each update.

My favourite part is the blueprints; the visual scripting editor section that means you can do so much without coding a single line. However, when it comes to coding, you need to know C++ which is not a great one for ‘beginners’.

Unreal Engine is currently free to use, but there is a catch. A 5% royalty starts after the first $3,000 of revenue per product per quarter. You don’t pay royalties on film projects, or contracting and consulting projects such as architecture, simulation and visualizations.

This is a very popular engine that produces some stunning results and has been used for games such as Final Fantasy VII remake, Street Fighter 5, Hellblade, Eve, Rocket League, Ark and so many more. 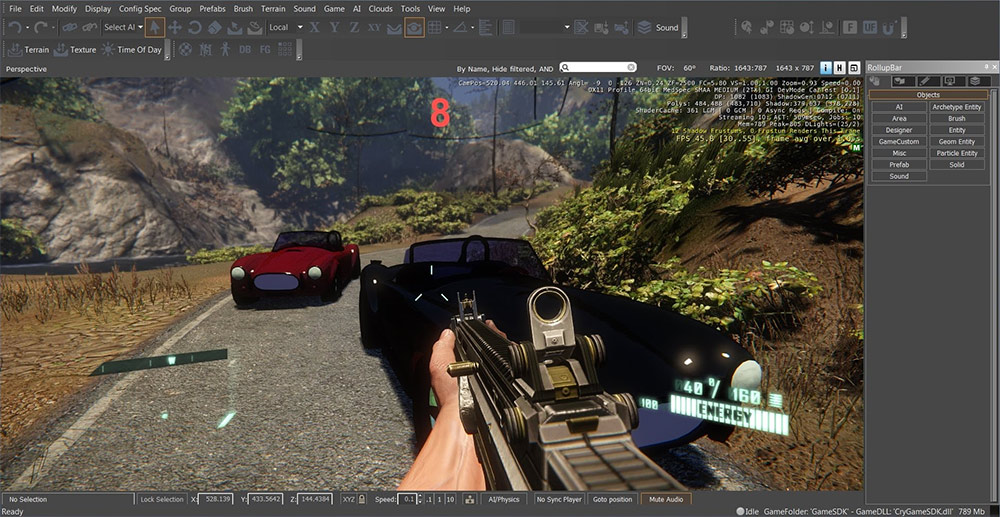 CryEngine’s award-winning visuals make this a very tempting development tool to start making your games in. With such games as Ryse: Son of Rome, FarCry and Homefront: The Revolution under it’s belt it is a hugely popular engine. Its array of lighting, reflection and depth of field options help make stunning-looking games (if you have the right artist). Cryengine uses C++ and LUA and can create games for PC, Mac, Consoles, and VR.

However, its recent troubles have left many worried about its future. Recently, Amazon bought the code (or licensed its software) and Cryengine is enjoying a new lease of life in Lumberyard. However, Lumberyard is a different fork for the software and is essentially another product. Support for the standard CryEngine may be phased out over the coming years if they encounter further issues and Lumberyard may be pushed to the forefront.

My favourite part is the Designer tool provides an easy-to-use interface for manipulating geometry. Not only can it be used for prototyping levels, but the user can also create complex shapes and meshes which triangulate automatically. Anything can be created in-engine without the need for external DCC tools.

It also works on PC and Mac 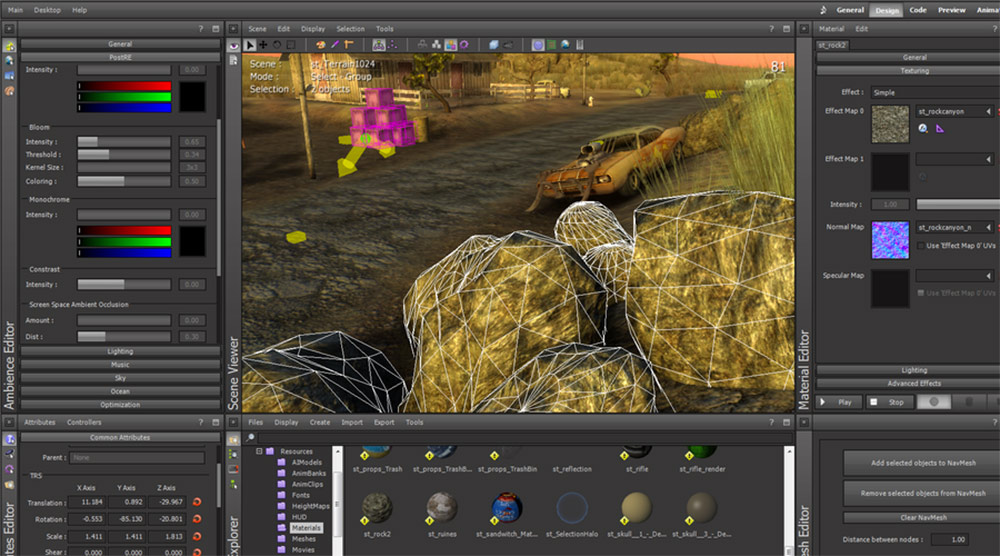 ShiVa3D is a 3D game and application development suite that comes in an easy to use, yet very powerful WYSIWYG (what you see is what you get) editor. ShiVa can export games and applications for over 20 target platforms, including Mobile, desktop and consoles. The web version is currently free with additional packages at $200 for pro (where you can publish to everything) and $1000 for complete with bug tracking and reporting tools. It uses a Lua like code language and my favourite part is its real time ‘in-game’ editing where you can makes changes to the assets mid-game. Games of note include Prince of Persia 2: The Shadow and the Flame,  Atomic Ninjas and Babel Rising 3D. 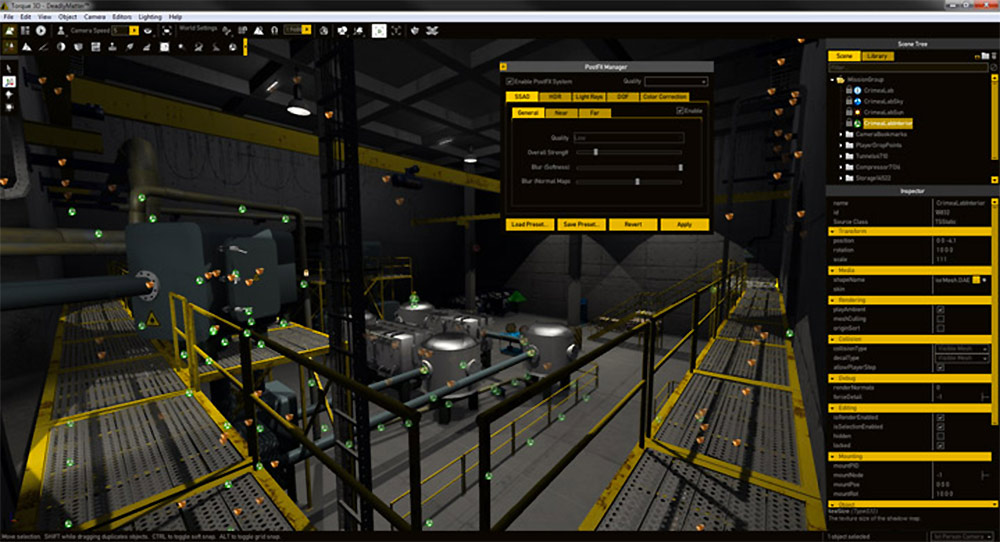 Torque 3D is a free, open-source game engine with no costs for starters or professionals. Torque 3D comes equipped with a full suite of tools to allow you to produce high-quality games and simulations. Sadly, there have been some complaints about art imports and if you use Blender for your 3D models you may come across some issues. However, there is a thriving community and recent updates which might have improved upon this. As it is open source there is no limit to where this engine might grow.

Torque 3D is a PC program and can work on a Mac, but not officially supported. 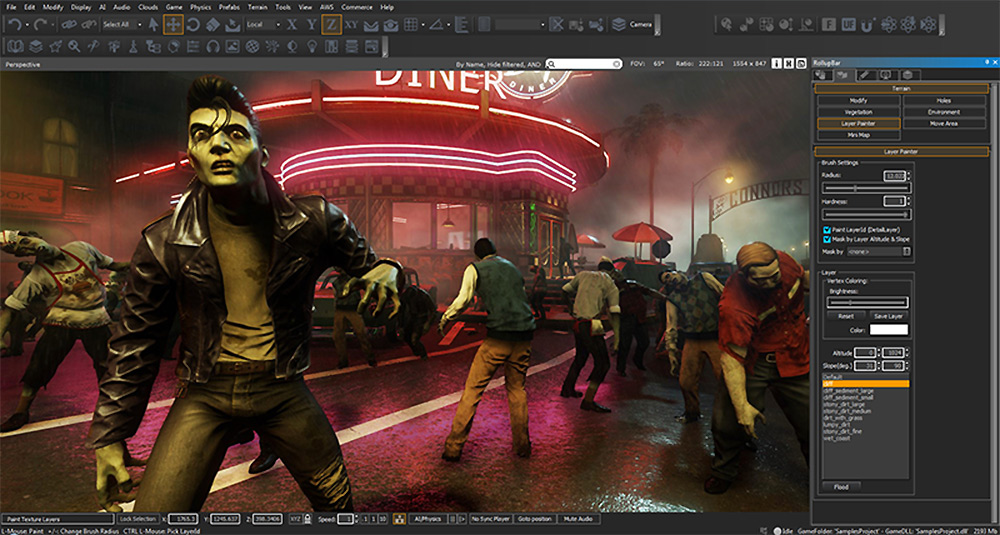 Amazon Lumberyard (Free but must use AWS servers)

It is currently free, with no royalty contracts. However, online games must use the AWS cloud (or your own personal server) which incurs costs later on. It’s currently only on PC and uses LUA and C++

If I was on PC, this is where I would start. My favourite thing about Lumberyard is its extensive toolset which includes and powerful art program and its online connectivity right out of the box. 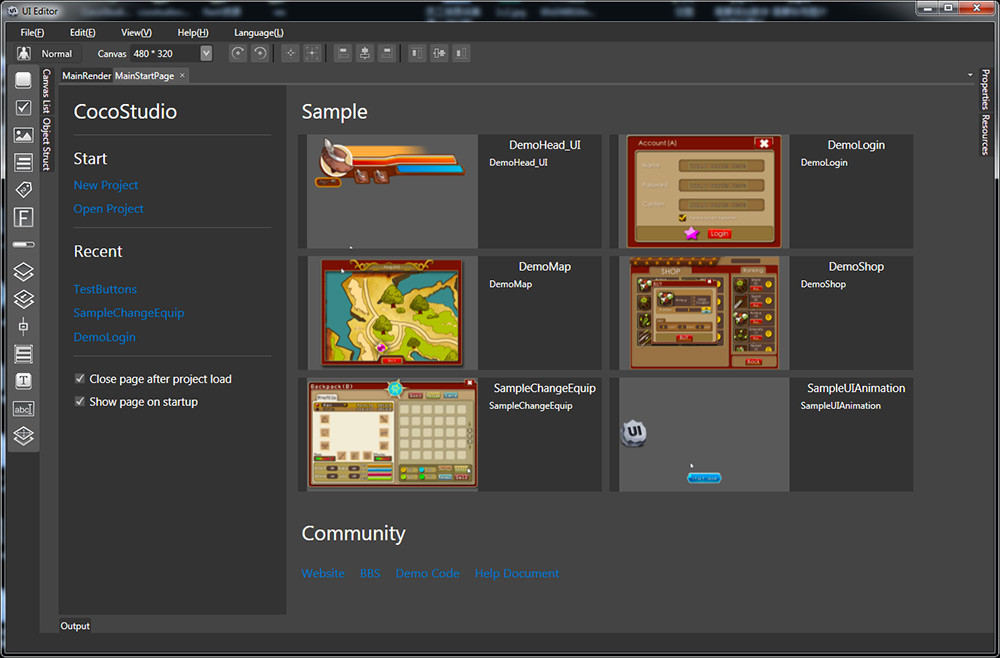 Cocos2d-x is a suite of open-source, cross-platform, game-development tools. Developers can publish from a single code base to mobile, desktop, web, and now even console.  The core used C++ with additional JavaScript and Lua bindings.

Some games you might have heard of include Badland, Tales of Asteria, and Dragon City.

Best of all, it’s completely free and available on both Mac and PC.

Monogame currently supports iOS, Android, macOS, Linux, Windows, Windows Store, Windows Phone, and PlayStation 4 with more platforms on the way. According to my  research, it says “By leveraging C# and other .NET languages on Microsoft and Mono platforms you can write modern, fast, and reliable game code”.

I haven’t tried this one myself, but have heard good things. With games such as Bastion, Towerfall: Ascension, and Skulls of The Shogun it’s one to consider.

Update: Xamarin, the company behind Monogame has recently been bought by Microsoft so we should start to see some changes happening with this engine in the coming months. 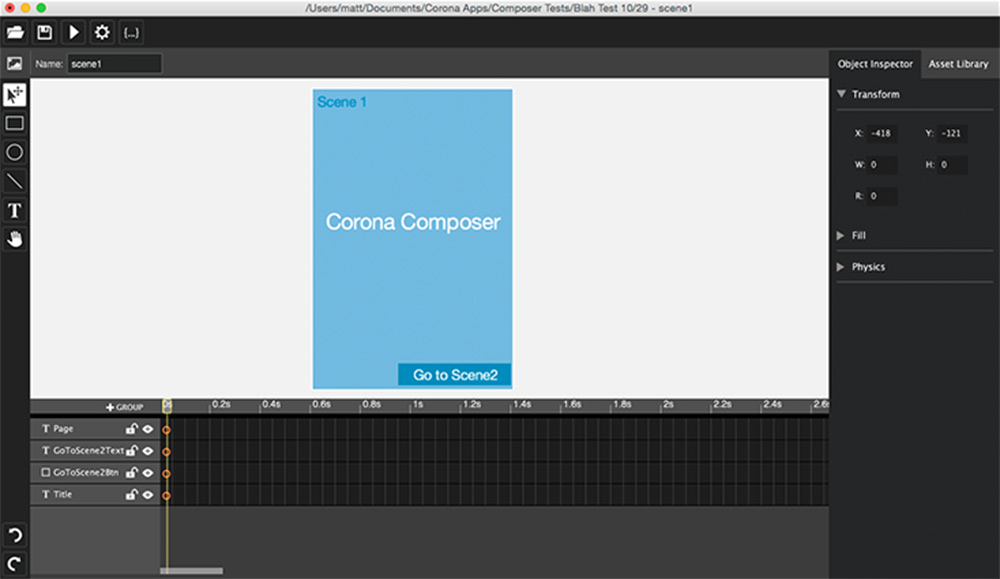 The tool lets developers create a game and publish it to iOS, Android, Kindle, Nook, TV and desktop without paying anything. Through this, developers are allowed a limited number of plugins, such as for ad monetisation – as in-app purchases are not supported by the Starter SDK.

Features available in the starter pack include basic shapes, lines, text, custom polygons, anchor points and groups and containers, as well as the ability for users to create their own splash screens.

There are so many out there to choose from and some others include:

Summary
Article Name
Advanced 2D and 3D Game Development Software
Description
The tools outlined in this article include both 3D and 2D engines and are used by one man bands to large studios. I do outline the costs, but it's worth noting that Sony and Microsoft only permit developers who have passed their screening process to develop games for their platforms. Lets get started...
Author
Ian Garstang
Related Items