With Halloween fast approaching, I wanted to give my rundown of the scariest games of 2022. While the last one isn’t out until December, I can tell you know that it’s going to be scary, Whether you like jump scares, eerie silence or unbearable tension, this list of the scariest games of 2022 is sure to please. Which games in 2022 scared you the most? 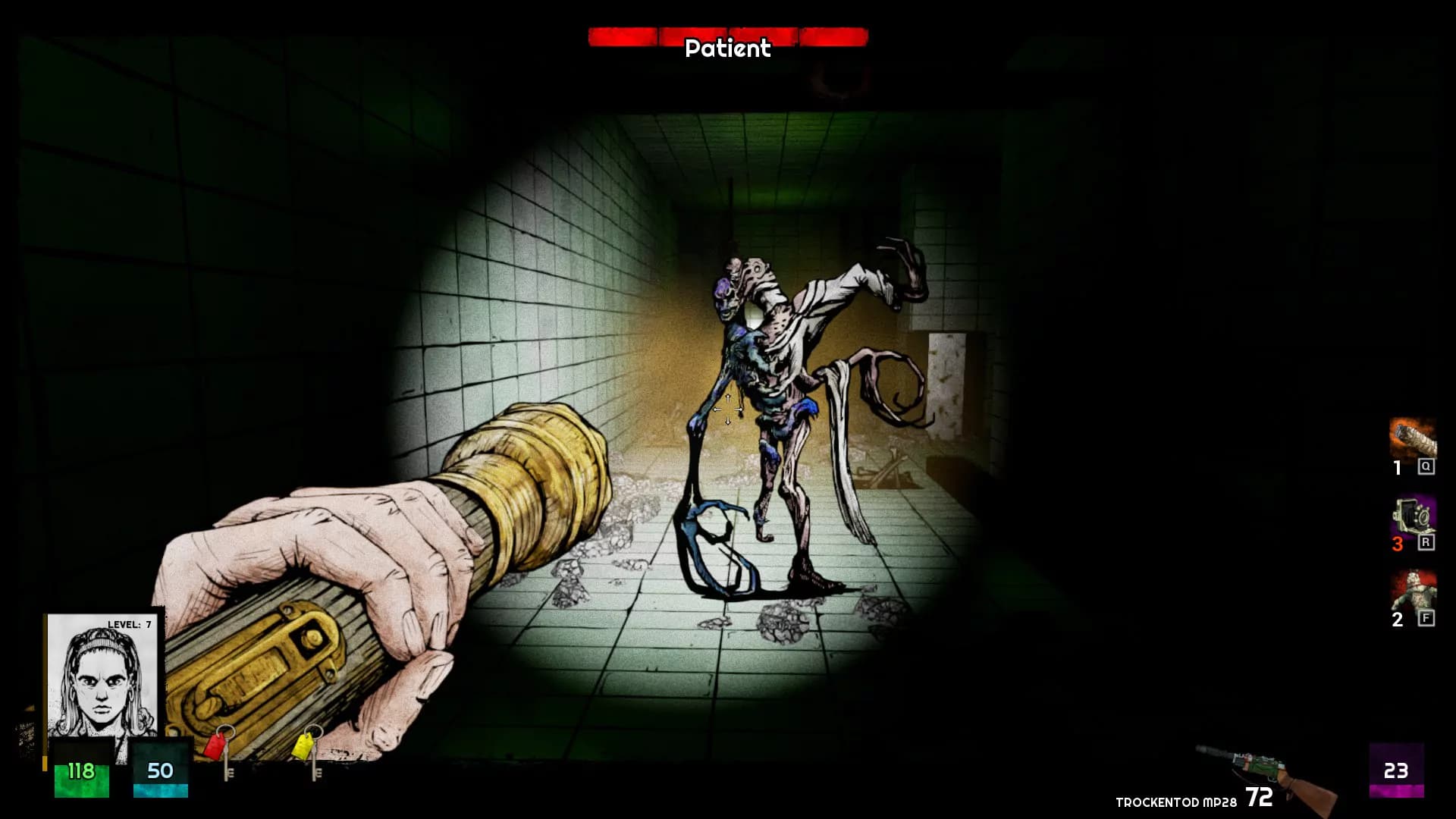 The fast-paced Lovecraftian FPS feels like old-school doom with its 2D enemies and meaty weapons. The comic-book graphics and true-to-source characters give this a fantastic look and feel. The RPG skill tree is a great new addition to the genre and running through the darkly lit corridors and round blind corners is both very scary but lots of fun. 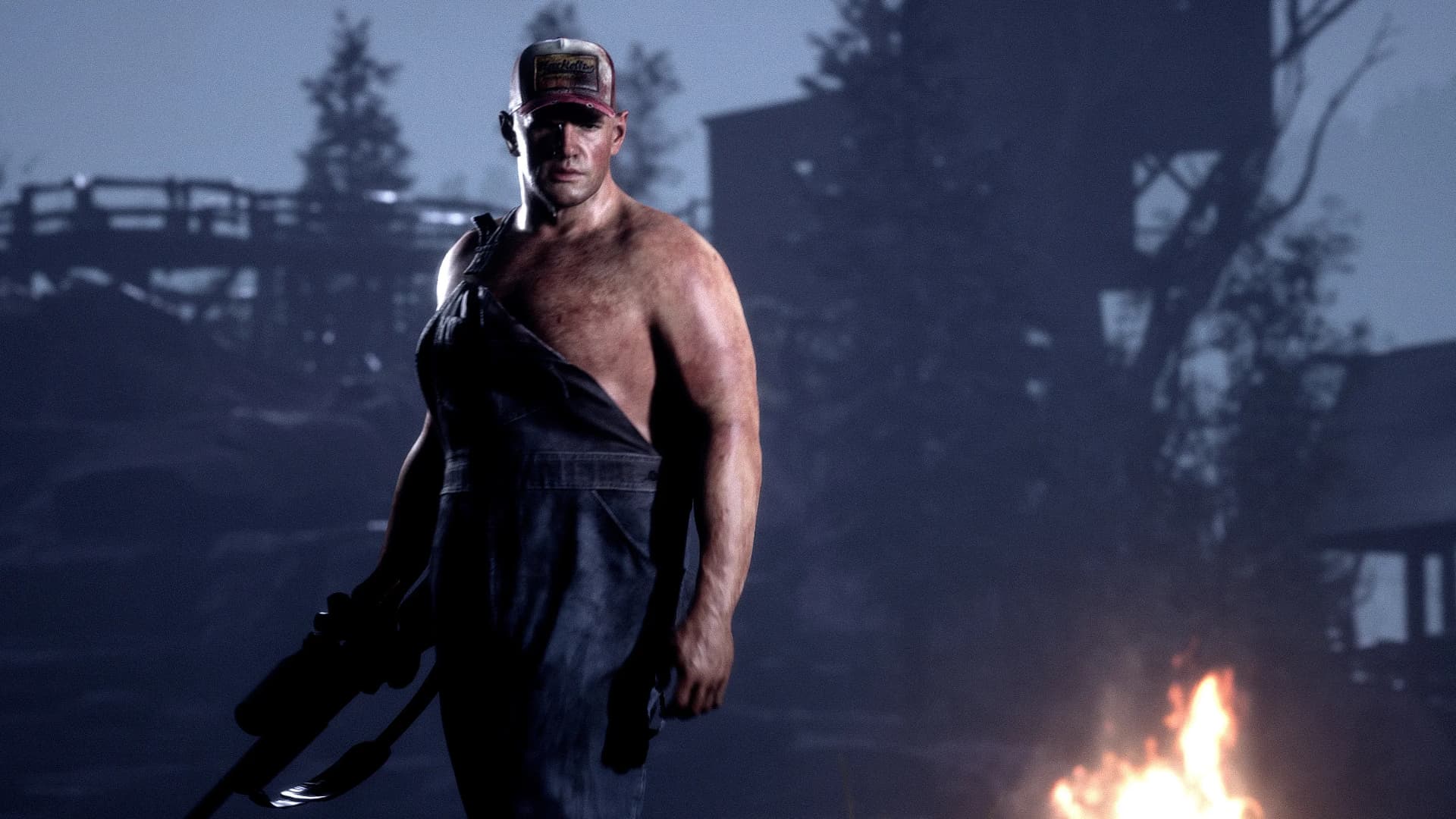 When nine teenage counselors of Hackett’s Quarry throw a party to celebrate the end of summer things take a turn for the worst. Hunted by blood-drenched locals and something far more sinister, the teens’ party plans unravel into an unpredictable night of horror. Whilst The Quarry feels more like an interactive horror movie than an engaging game, the overall experience is equal parts scary and entertaining. Can you survive the night? 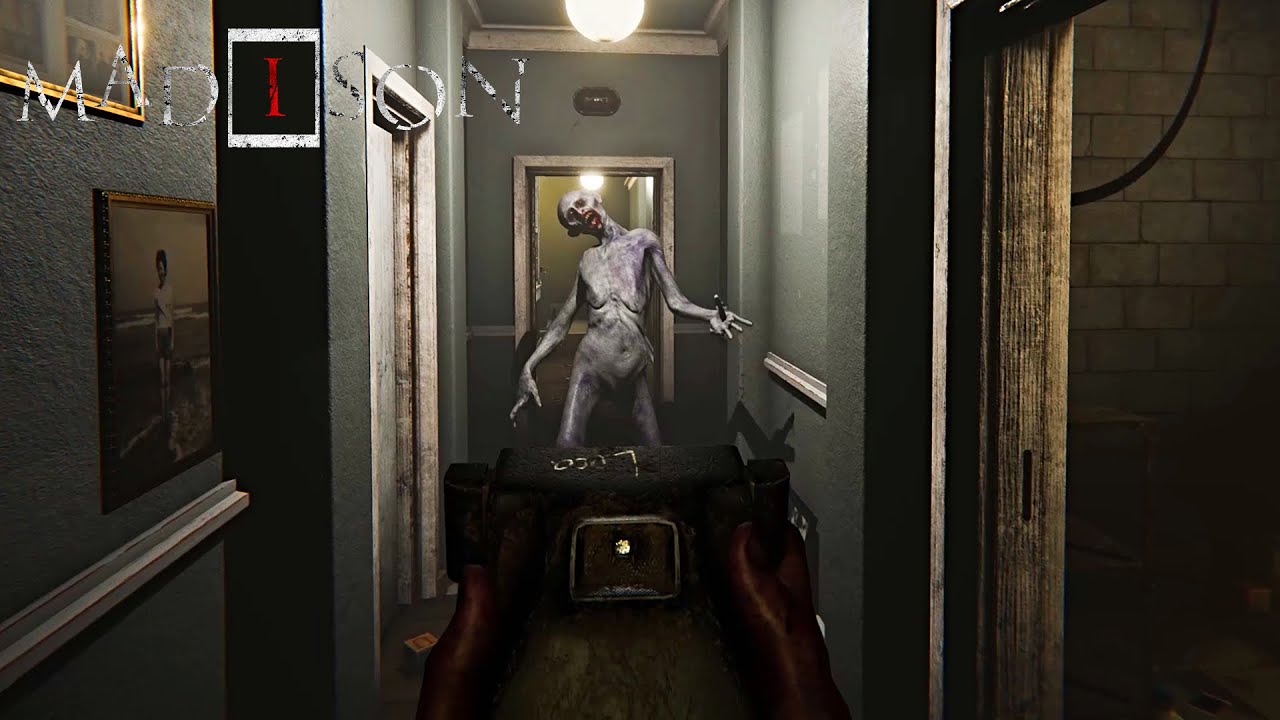 With an array of twisted puzzles to solve and a multitude of jump scares, unraveling the morbid central mystery of madison is a bit like trying to solve an escape room while simultaneously trying not to poo yourself from all the horrific things in there. Inspired by Hideo Kojima’s frightening demo PT, Madison tells the story of a young boy who wakes up in his house covered in blood and a malignant spirit roaming the rooms. Can you escape this psychological nightmare? 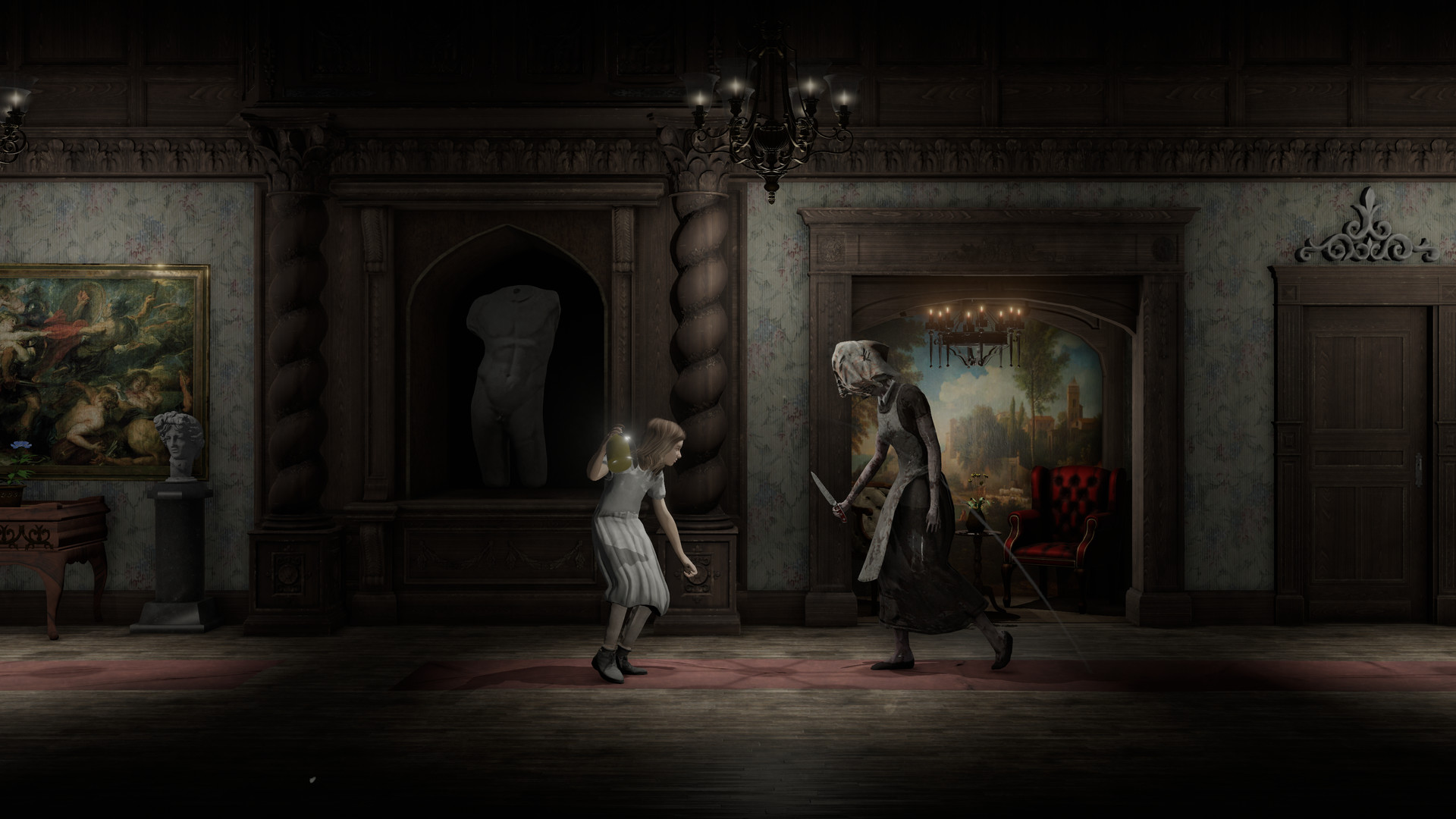 Withering Rooms is a 2.5D horror adventure set in a procedurally generated Victorian mansion that changes each night. The character designs for the array of inhabitants are haunting and hiding under a table whilst the faceless minions walking the corridors will certainly get your heart pumping. Whilst the animations of the main character is a little clunky, the rest of the visuals and the cacophony of eerie sounds and dialogue will certainly give you nightmares. 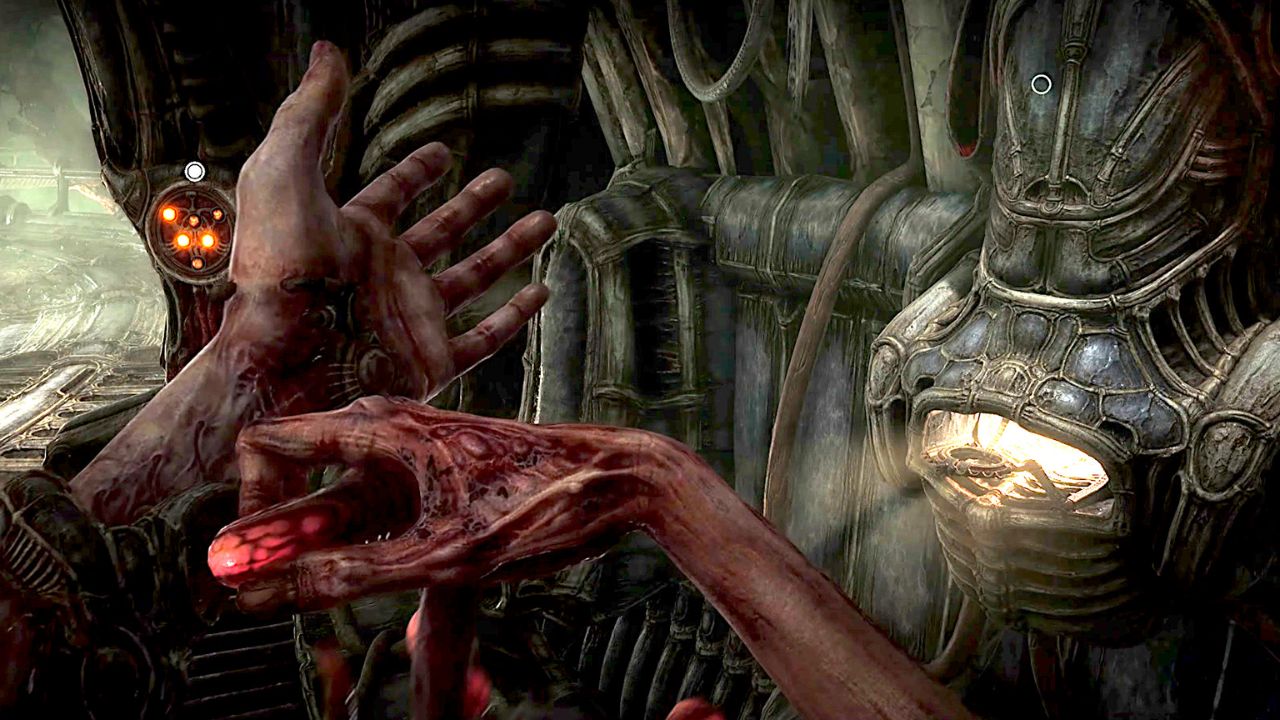 Just released this week, Scorn is straight out of the twisted mind of H.R Geiger. All the footage and gameplay look both mesmerizing and horrific at the same time. From the player’s shredded hands to the fleshy sacks that litter the levels, the whole game looks scary as hell and it is little wonder the Kickstarter was funded so quickly. If you are looking for a game that will give you nightmares this Halloween, Scorn is the game for you. 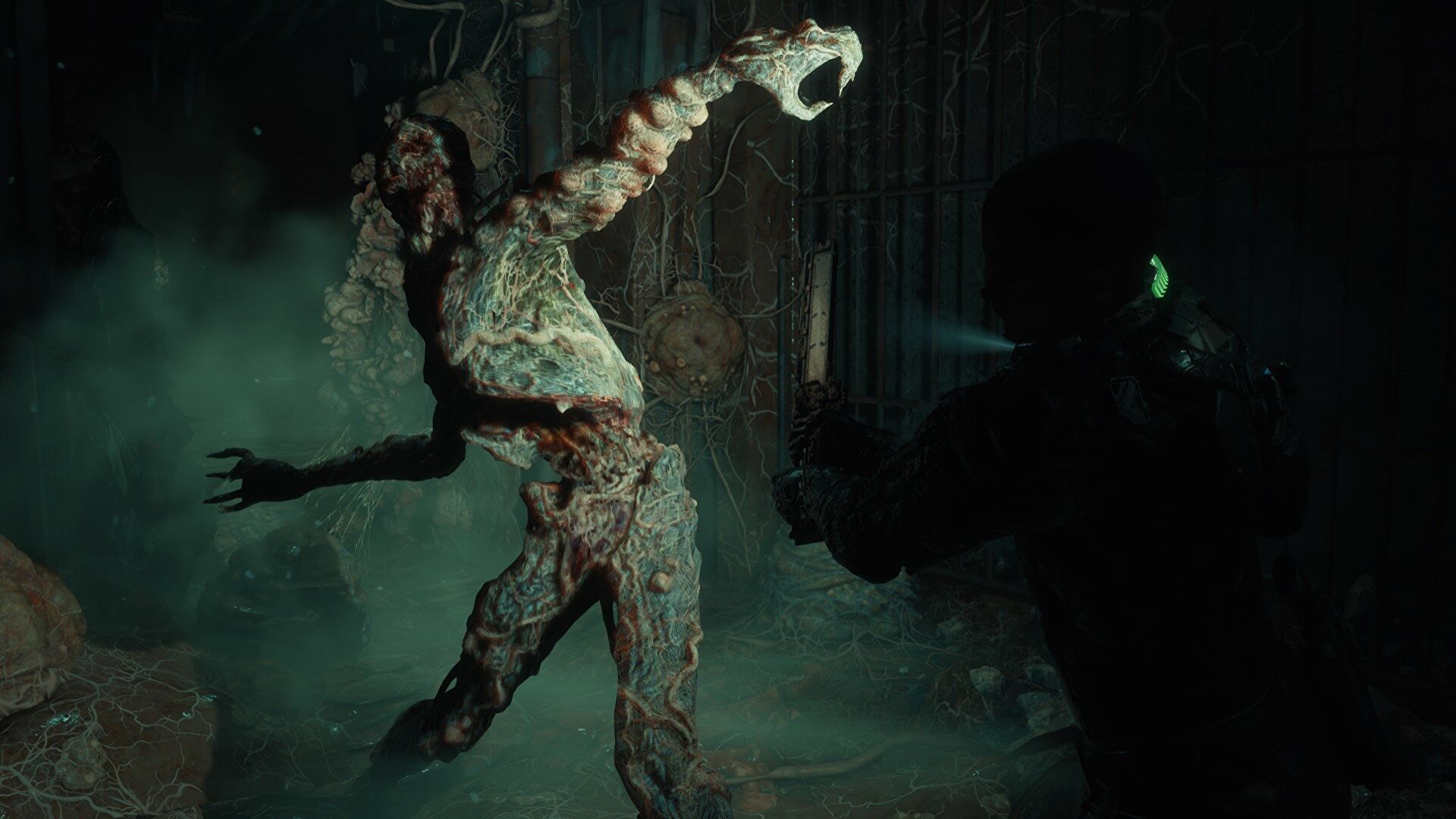 Callisto Protocol is a third-person survival horror game set 300 years in the future, players take on the role of Jacob Lee – a prisoner of the maximum-security penitentiary located on Jupiter’s moon, Callisto. When the inmates begin to transform into monstrous creatures, the prison becomes a terrifying nightmare. This pulse-pounding story is filled with unspeakable horrors and with creatures lurking around every corner, you may need some new underwear after playing this one.