Pokemon Go is sweeping the world and a renewed love for those pocket monsters is upon us. Unless you have been living in a part of the world in which the roll out hasn’t yet begun, you have probably played it or at least heard about it. Pokemon Go is essentially a mix of Google Maps and a Paper Toss game, but weirdly it works. In actual fact, Pokemon Go is a re-skinning of an older game called Ingress, in which you fight for supremacy over inter-dimensional beings. Pokemon Go has simplified it and removed most of the depth, which may be re-added in subsequent updates. Despite its simplified gameplay, it still took me a lot of question before understanding the finer points of Pokemon Go. I thought I would jot them down here for all to enjoy: 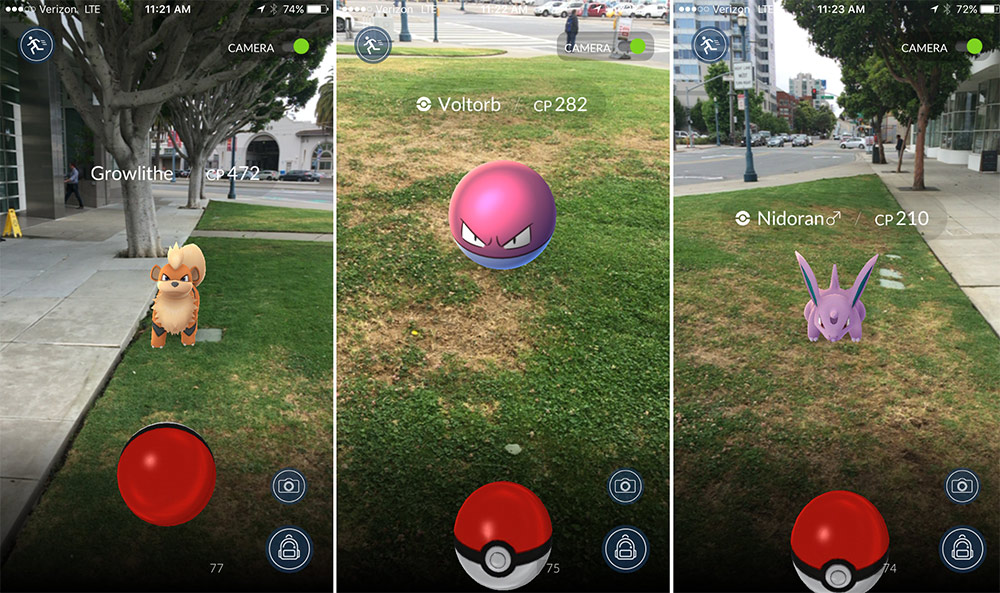 Pokemon Go is a location based collection game in which a player created character walks around a stylised Google Map looking for pocket monsters or ‘Pokemon’. The launch version has 142 creatures to collect and they are collected by flicking balls at them. Pokemon can appear anywhere, but the algorithm favours built up urban areas, over rural wide open spaces. Certain types, such as Water Pokemon appear near bodies of water such as rivers and lakes.

As the games favours explorers, you need to be prepared to put in some legwork to be the ultimate Pokemon hunter. Social media is awash with people who have been ‘tricked’ in to exercise thanks to the game.

When your phone vibrates it means a Pokemon is near by. If you tap the offending creature, the game used uses augmented reality (using the phone camera) to layer a Pokemon in the real world view. Players start with 100 Pokeballs and these are flicked at creatures to capture them. As the game progresses, the creatures are able to dodge them and escape from them forcing you to use up more balls. Once collected they can be found in you Pokedex. 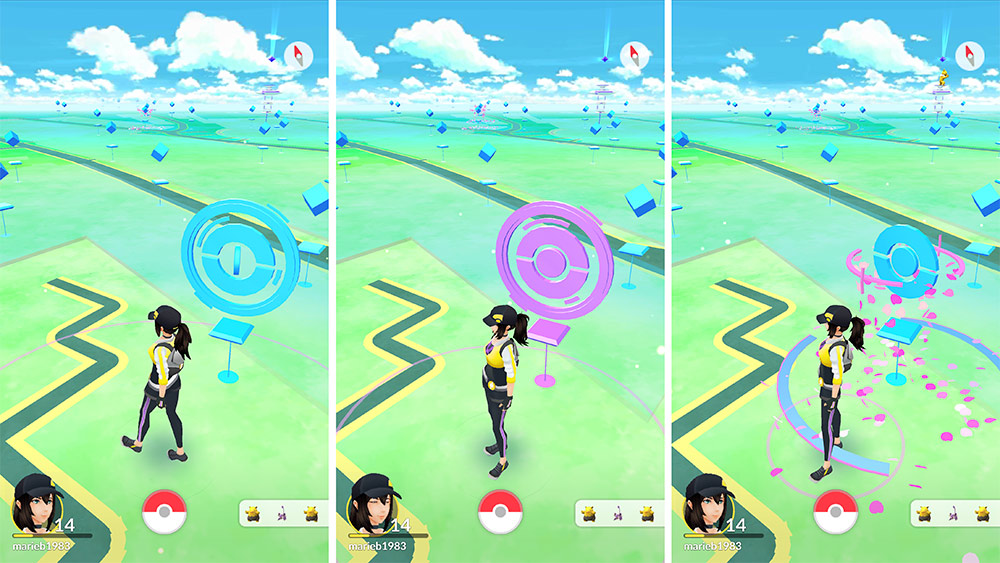 A Pokestop is map location where players can stock up of items such as Pokeballs and Eggs. Pokestops tend to be landmarks and places or interest such as nature reserves and historical signs. When you are close enough, players can tap the location and spin the image to receive a selection of spoils.

Pokestops can be good motivators for children as you can walk from stop to stop or you may even find one in a place you visit often. In many towns, the local church is a Pokestop so if you are having trouble motivating the kids on a Sunday morning, having a Pokestop at church could help peak their interest. 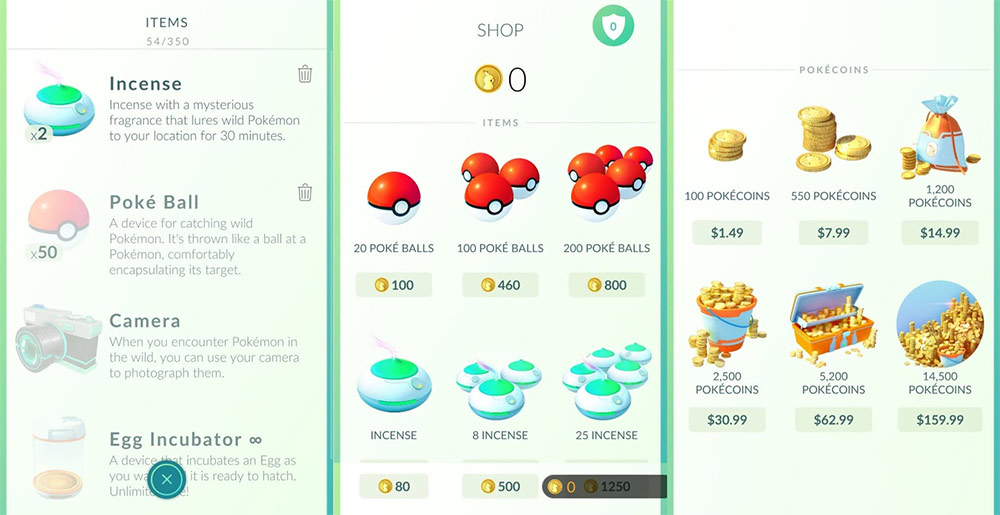 There are various items available to budding young trainers that include items that produce, lure and heal Pokemon.

There are three types of ball, standard, great and ultra. Each type has a higher chance of capturing and securing Pokemon.

There are two types of egg, the standard egg can be found at Pokestops and require you to put them in an incubator and walk 2km, 5km or 10km in order to hatch them. The longer the walk, the rarer the Pokemon. Lucky Eggs double your experience points (XP) for half an hour so they are best saved for when you are in a Pokemon heavy area.

The four types of potions include standard, super, ultra and max. Each of which, replenish the health of battle worn Pokemon (see gym section for information on battles). There is also a selection of ‘revive’ potions which awaken fainted Pokemon if they lose a battle.

If you do not fancy trekking into a built up area there are two ways you can get the Pokemon to come to you. Firstly you can use incense to attract Pokemon to your current location for 30 minutes, and secondly to can attach a lure to a Pokestop to attach Pokemon to that location so that you and anyone near can can the attracted creatures.

Outside of these items there are Razz berries that help you catch difficult Pokemon and different types of incubator meaning you can hatch more than one Pokemon at a time. 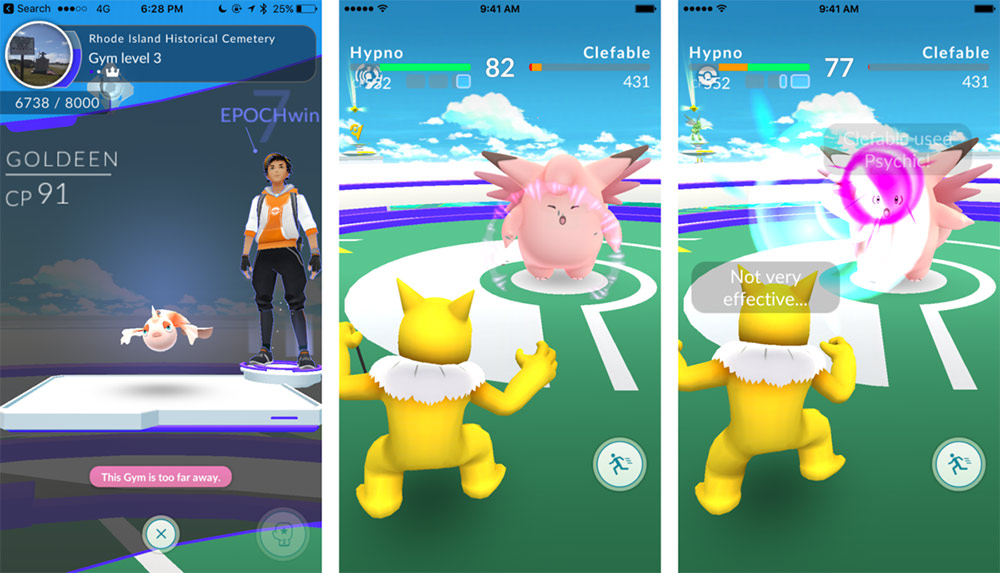 Gyms are essentially battle grounds and can contain around 10 trainers. Basically, you need to defeat three to take enter the gym. There is a ‘prestige wheel’ that reduces after each battle but I want to keep it simple. By being one of the trainers you get the two most precious commodities in the game, Pokemon Gold and Stardust which acts as in-game currency and power up material. Gyms are usually held by elites with powerful Pokemon but you can leave at any time to gain valuable experience points that will help at a later date. Players can take six Pokemon into a gym and one in, you leave your most powerful to guard your position. Battles can be done with friends and three people can take a Gym at the same time. 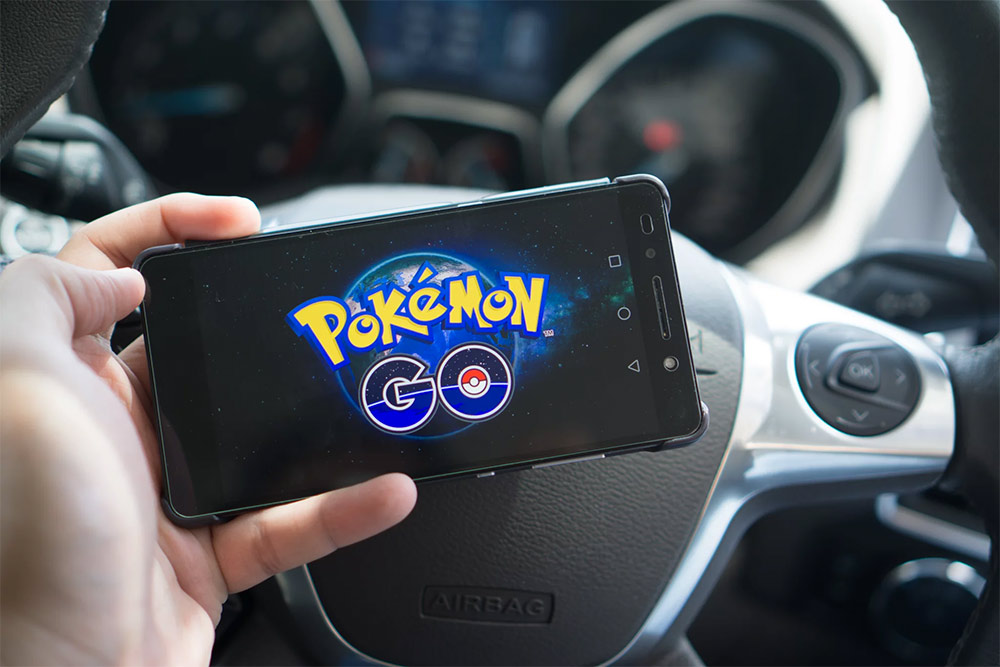 You may have already heard in the news that people have walked off cliffs, walked into mugging traps and generally endangered themselves as a result of playing. The three main issues are addiction, negligence and endangerment. It’s easy to get addicted so ensure that children take regular breaks. Having your head in your phone can result in walking into roads, stopping in roads to catch Pokemon and a slew of other problems. Teach your children to look up and use the vibration setting to feel for Pokemon over starring. Finally, players need to be careful that they do not go anywhere dangerous such as dark allies, building sites or even in open water to catch Pokemon. It sounds crazy but it happens.

Summary
Article Name
Beginners Guide to Pokemon Go
Description
Pokemon Go is sweeping the world and a renewed love for those pocket monsters is upon us. You have probably played it or at least heard about it.
Author
Ian Garstang
Related Itemschildrens-gamesfeaturefeaturedfeatures