Homefront 2 Announced for Xbox One and PS4 | Homefront: The Revolution 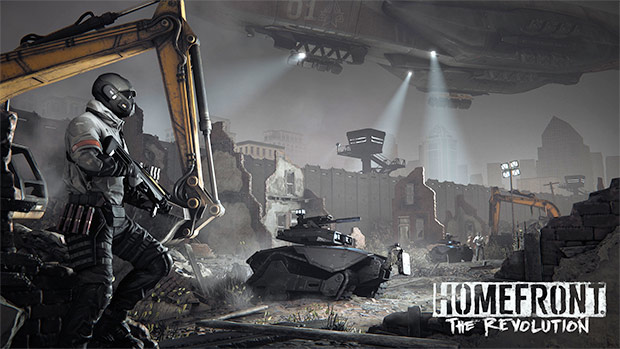 Homefront: The Revolution is currently in development at Crytek UK and Deep Silver and looks to be an open world FPS set in Philadelphia. The city is under strict martial law and the events take place four years after the original Homefront game.

Deep Silver, who made the announcement added “Philadelphia – once the birthplace of Independence – has become a ghetto, where surveillance drones and armoured patrols keep the population at heel, crushing any dissent with savage force… Her once-proud citizens live in a police state, forced to collaborate just to survive, their dreams of freedom long since extinguished.

“But in the badlands of the Red Zone, in the bombed out streets and abandoned subways, a Resistance is forming. A guerrilla force, determined to fight for their freedoms despite overwhelming odds and ignite the second American Revolution.”

The single-player campaign will focus on the player being part of a Resistance Cell within a “living, breathing, open world [that] responds to your actions”. Through the players actions, they can start a rebellion on the streets and inspire oppressed civilians to take up the fight. Players use an array of tactics to hurt the oppressors such as ambush, infiltration and hit and run tactics to create amazing unscripted firefights. This focus on both stealth and mis-direction should make it different to the mainstream shooters.

The main protagonist, Ethan Brady, is said to be an average joe pushed to the edge by the occupation. He becomes involved in the resistance against the KPA who have advanced technology and firepower. The young resistance must scavenge for resources in order to fight back against the oppressors – using an array of home-made tools such as spare bullets and homemade explosive devices, all the way to remote controlled cars loaded with explosives. The new game, set for release in 2015, will also include a four player multiplayer mode where you and three friends can form your own resistance cell with the aim to cause damage and destruction with the aim of becoming heroes of the resistance.