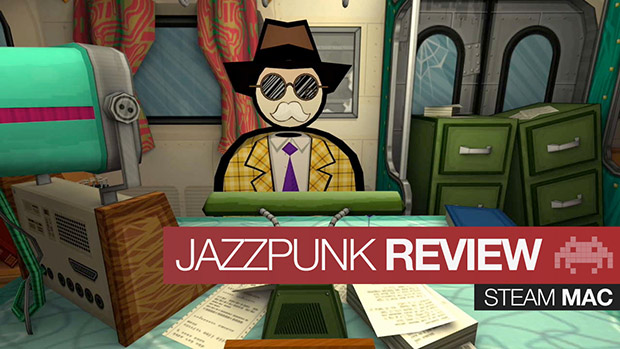 Jazzpunk is a surreal first person exploration game from Necrophone Games. Set in an alternate reality where Cold War espionage still exists and people are robots that look like the figures on toilet door signs.

Yes, I just said that…

You play Polyblank, a film-noir style private detective tasked with recovering secrets, killing government informants and infiltrating soviet strongholds. Whilst there is a plot to this game, the joy of the game is simply experiencing the world and its varied layers of comedy. Everything in the world exists to get a cheap laugh from talking cardboard boxes to taking a photo of you bum on a photocopier. There are lots comedy moments in the game that I won’t talk about because I don’t want to spoil them. 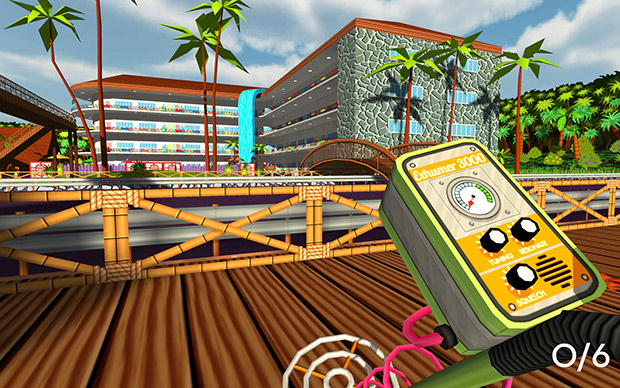 The vibrant and colourful world is like nothing you have seen before with queues taken from 70s cop shows, and movies such as Pink Panther, The Naked Gun and Airplane. From the cool bass filled intro sequence to the crocodile-filled conclusion, you will enjoy solving puzzles, dipping into hilarious mini games and exploring the world that has a laugh round every corner.

Ultimately, the game isn’t the best first-person exploration game on the market, nor are the mini games with Jazzpunk as polished as games dedicated to those genres. As a whole, however, it works well enough and the comedy is enough to forgive any niggles. The story isn’t long and I completed my first play through in around three hours. When I later went back to Jazzpunk to record some footage, I was actually surprised to find that there is some replayability value. On a second playthrough, I was able to click on many of the things I missed the first time around, as well as try alternate ways of solving puzzles with funny consequences. 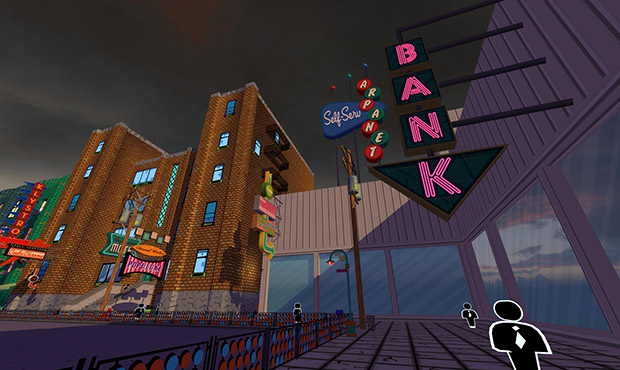 Overall, Jazzpunk is a hilariously surreal adventure that must be experienced. The visuals and script really showcase the fantastic imagination of the team at Necrophone Games. The game isn’t long and will only last a few playthroughs, but I personally loved it and enjoyed being taken outside the realms of normal gaming for a few hours in order to give a cowboy explosive diarrhea and don a blond wig and lipstick. 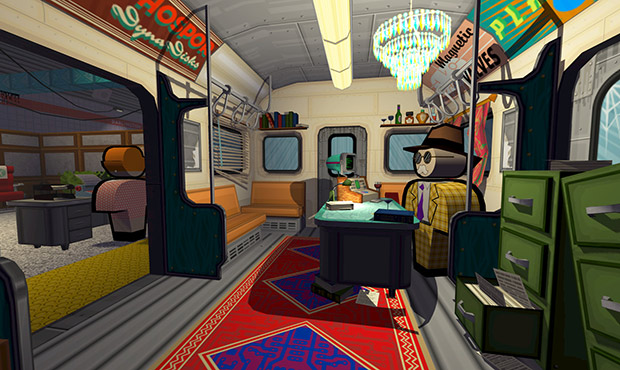