There’s no such thing as a bad idea.

I can imagine the brainstorming meeting when the team at Ubisoft Montreal got together to discuss how Watchdogs was to come together. They had a game mechanic, which was that the player controls a vast city and it’s cameras to complete a series of missions in a grand GTA style experience.

Watchdogs was born and a game began to grow around the concept.

However, what GTA and Red Dead Redemption did really well is build an interesting character and story first and then build the world around this character. Watchdogs seems to have built this living, breathing city of Chicago and then placed a one-sided sociopath on it’s fringes and left him to cause havoc as he exercises his weak batman complex.

Aiden Pearce is a hacker turned vigilante who, when his niece is killed by someone whom himself he had wronged, he seeks revenge on them, as well as any wrong doer he meets on the way. A nice idea but the story is paper thin and Aiden is both flat and unlikable. The story would have been better off following the exploits of his grieving sister who could have seeked revenge, whilst looking after a son who had retreated into silence after the death of his sister.

Perhaps I could have been more sympathetic to Aiden’s story if I wasn’t constantly pulled away from it by meaningless tasks. Whilst trying to get to a story progression point you are plagued by distractions, a crime is being committed here, someone has invaded your game, some alarm has gone off so now drive to the other end of the city to escape. It wouldn’t be so bad it these mini games actually meant something, but earning money is uninteresting and nearly pointless as you can steal from passers by as you walk down the street and you can only buy new cars and weapons, most of which can be picked up or unlocked as you explore. 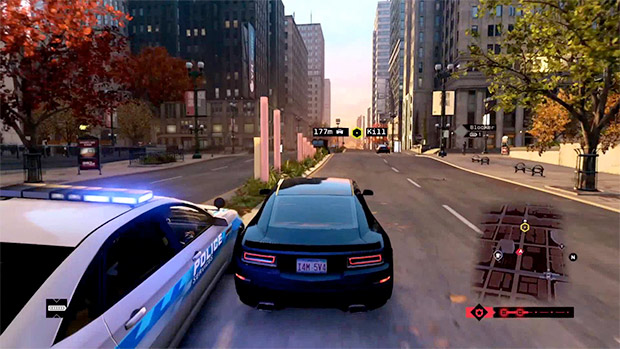 Other rewards include reputation points that determine whether or not NPC’s call the police or not, but I found the difference was negligible. Even after one NPC said ‘not to worry, he wouldn’t call the police’, the woman next to him promptly call the cops. A great idea but poorly executed.

Finally, you gain skill points throughout the game for completing story sections, completing mini games and generally milling about. Whilst some could be considered useful like additional ‘focus time’ (slow motion whilst in shooting or driving sections), many of the ‘perks’ are useless. For example, the improved defense against vehicle blow outs sounds good but as this never happened during my play through I am glad I saved my points. Don’t get me wrong, it’s a great idea, I enjoyed leveling up my player to have improved shooting accuracy and faster hacking skills, but the whole thing was so subtle that it was barely noticeable. 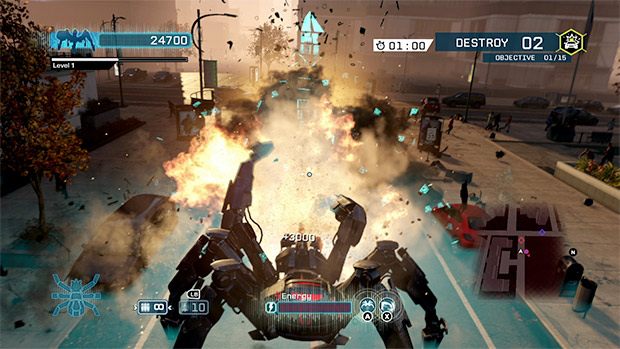 Watchdogs is essentially the sum of its parts. It has a lot of good ideas of are not fully explored or executed. Together, these parts do not make a cohesive whole, but instead create a city of mini games that’s feel disjointed and continually take you out of the story.  Mix this with glitches where NPC’s walk through wire fences and a collision zone around Aiden that means you can’t go through gaps that you clearly could breaks the experience further.

Elements such as a fully playable poker game, chess, gambling, racing and even drinking games all extend the life of the game and give the open-worldness even greater depth but serve as additional distractions to the mediocre story. 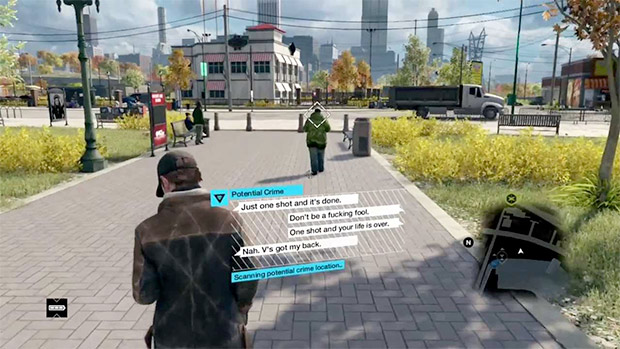 On the whole the graphics are great with detailed textures and subtle touches that really brings the city to life. Sadly, the graphics are not next ten but what it lacks in eye candy it makes up for in its range of animations. The myriad of sounds and voices give the city a personality all its own and I can see the IP going far IF they sort out the narrative and the array of experience breaking bugs.

The multiplayer is another fantastic idea and gives you a quick burst of excitement as you dispatch your invader but it ultimately does nothing for the story or your player and only serves as another distraction from the fetch quests you continually do as you edge your way to its final conclusion. 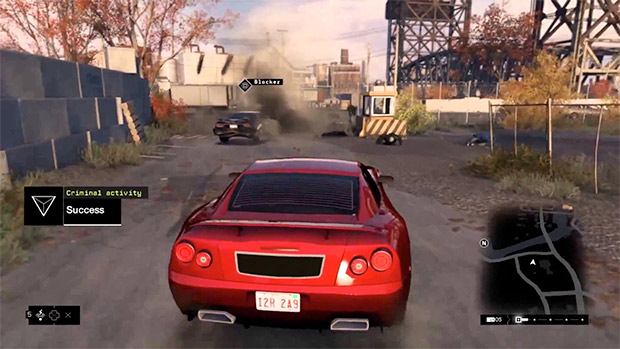 Overall, this is a good game but not a great game, the ideas are there, there are a few stand out moments but similarly there are a lot of frustrating moments. I can imagine the developers going through the brief and seeing ‘hacking a gangs base and stealing secrets’ next to ‘Hell level with flaming headed pedestrians that you knock over for points’ and thinking that the creative team may widened the focus a little too far. For the price, you get a lot of game and bargain hunters will get their moneys worth but if you like to experience a single player narrative in a smooth story arc you may be disappointed. I think a lot of lessons have been learned with Watchdogs from their insane among of pre-order collectors editions to the hidden PC code that improves the graphics. As such I will look forward to the sequel (which is as once all of the ideas are refined this will be a truly amazing game.