Reviewing a ‘Call of Duty’ game this long after release is madness. Those that were going to buy it have bought and played it to death by now, those that never intended to buy it are knee deep in the Dragon Ages and Witchers of this world with no time for COD.

After being burned by ‘Ghosts’ I was hesitant to jump straight into Advanced Warfare, especially as I was still playing Destiny and Alien: Isolation. I think playing it on release would have just just given me a FPS overdose and you would have found me hiding behind a box with itchy trigger fingers. 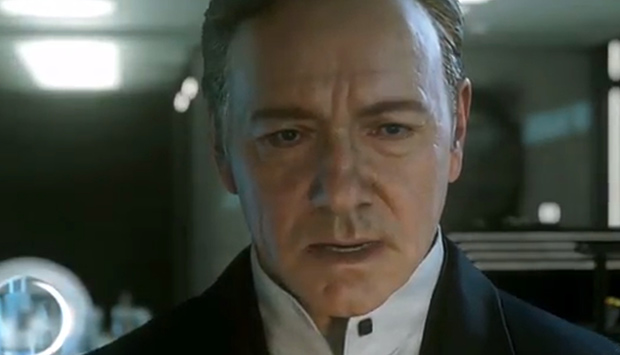 Six months later I found myself tackling its eight hour adrenaline filled campaign. The story sees you Jack Mitchell, a soldier who loses an arm in battle that your friend Will Irons dies in. At Will’s funeral you meet his father, the corporate mogul Jonathan Irons played by Kevin Spacey. He gets you a robotic arm and drafts you into his private army called Atlas. Long story short… You do a lot of Atlas missions around the world, then find out Atlas is bad so try and stop various Atlas missions, then finally try and stop Kevin Spacey after he goes all maniacal dictator on everyone. The story works well and the range of locations is fantastic; from claustrophobic market streets to sprawling baron ice plains, the levels all feel different. Sledgehammer Games has crammed a lot of game into this edition of Call of Duty and you run, gun, climb, swim, drive, fly, and harpoon your way across levels.

Some of these mechanics break up the shooting well, such as the drone support levels but the flying and driving levels feel as unnatural as ever. 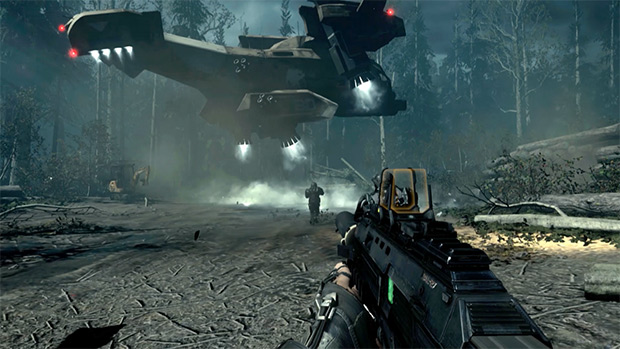 I should however, note that the big AAA titles get judged on a different scale to normal games. So when I knock it, it is only in comparison to its peers in the AAA space. Companies with that much money and resource are a different kettle of fish to indie developers or small studios.

Moving on. The single player campaign is very exciting and pacing is fast giving you the feeling of being in a bond movie (but without the sex scene… You’ll have to stare at the Ilona’s bum to hit those buttons). As with other Call of Duty games you follow around another soldier and do as you are told. The other soldier here is Gideon who is a particular badass and his voice acting is the best in the business. 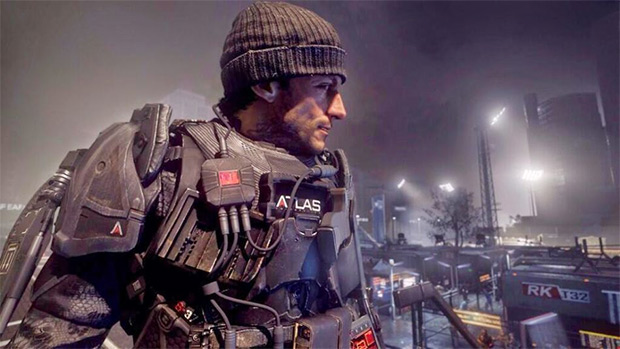 Overall, the single player campaign is fun, as the enemies are not overly taxing in order to keep the narrative moving. I was a little disappointed that I could run across an ice plain full of Atlas troops and start pushing a box and NOT be killed instantly but it was a fun roller coaster. Should you die, the restarts are fast and furious and some level are more taxing that others.

The game is packed full of features such as boost jumps, wall climbing abilities, camo skins, and even hulking mech suits but the game merely serves as a teaser trailer to each feature. You might do a stage using one of these features but then never see it again for the rest of the game. So many ideas, just not enough game. 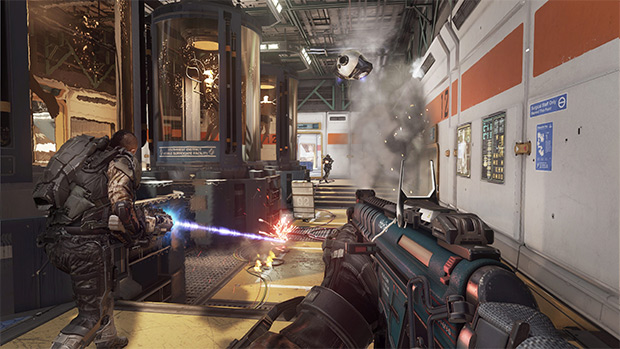 Obviously, these features have been saved for the multiplayer which is truly killer. The maps, weapons, and new features are enough to keep any Call of Duty fan entertained for months. The matchmaking was spot on for me and I was amazed that I could hold my own right from my first game. I was also really happy to see how different it was to Titanfall as I was worried that it would be too similar. Thankfully, it was different enough to keep be happy.

The Exo Zombies section certainly dangled a tempting carrot as it used John Malkovich and Bill Pullman to introduce a very tempting side campaign against rampaging zombies. In the latest update they have also added Bruce Campbell to the roster. I kinda wish I played it, but after a month it was time to move on. However, it’s great to know it’s there. 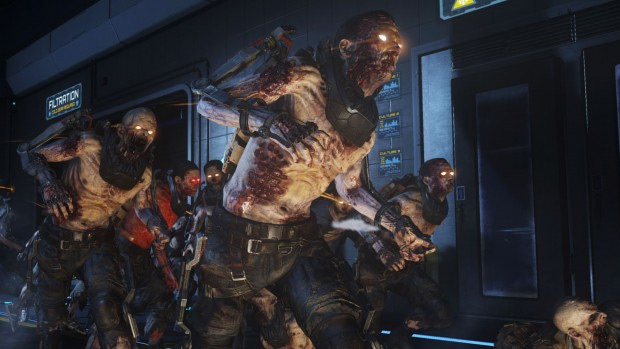 To summarise, the latest Call of Duty is a return to form as the single player is exciting and the multiplayer is fantastic. The extra features are spread about to keep the core game intact and the additional content ensures that the game will live on for many months. With it’s impressive cast of Hollywood actors and larger than life set pieces it is a joy to play from start to finish, if a little dis-jointed and easy (on normal mode).

If you haven’t yet jumped back on the Call of Duty bandwagon then take it from me that you need to climb aboard, as there is a futuristic, star-filled Hollywood party going on and you are invited. 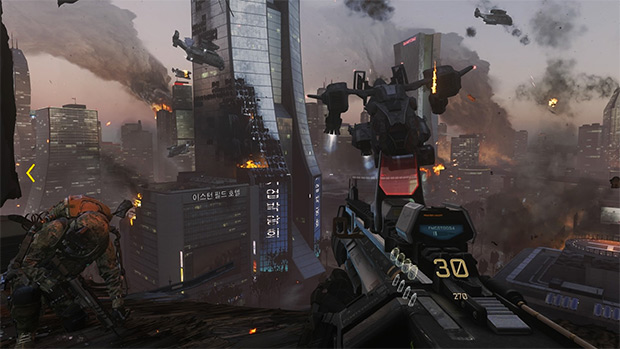 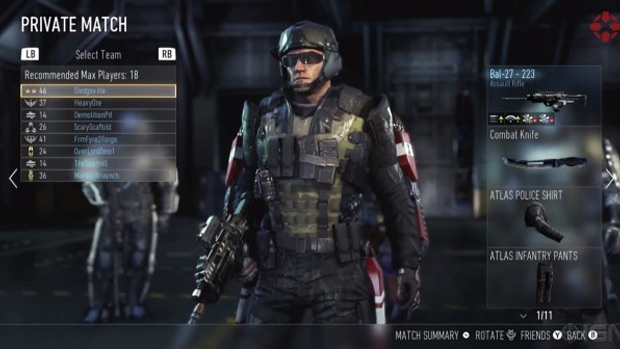