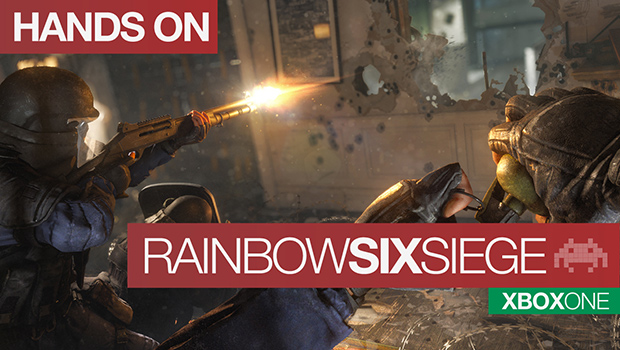 So there I was, cowering behind some teddies in a somewhat messy children’s bedroom, submachine gun in hand and ready for action. The cute posters that adorned the wall got a second glance as I fixed a roll down barricade to the door and the toys that littered the floor moments earlier had now been replaced by razor wire. As the countdown hits zero, instead of a rather miffed child coming back to see his room wrecked I hear the sound of gunshots and explosions. The house had been breached.

When it comes to Rainbow Six, I am a noob. I heard it was good, and even owned Rainbow Six Vegas on the 360, but I never got round to playing it. However, thanks to Microsoft and a beta key they sent me I was able to spend many hours getting to grips with ‘Siege’.

My first few matches were as you might expect. I died quickly and I died often for the single life mechanic definitely drives you to be more careful and the punishment for dying early is having to sit there and watch your team complete the level. 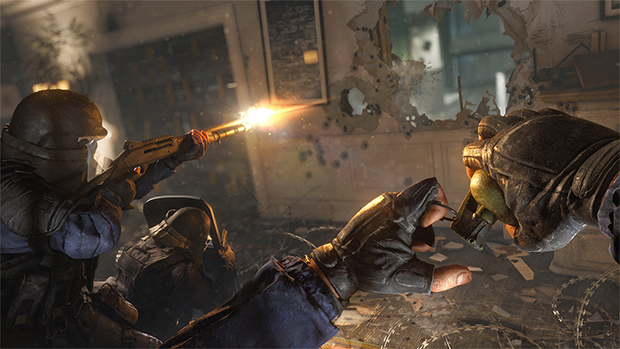 For those as new to the game, Rainbow Six Siege is a first-person team based, tactical shooter. In layman’s term this means it’s a special forces versus terrorist game where a team of terrorists plant bombs and lock down a location with reinforced walls, blocked out windows, motion detectors, barb wire and more. Think Die Hard. The Terrorists are well-organised, well-equipped and well-prepared. Equally, the counter terrorists operators are equally organised and come from various global organisation such as the SAS, FBI, French GIGN, SPETSNAZ and GSG 9, Each organisation has attackers and defenders that vary in the weapons, equipment and armour. The more you play, the more in game credit you get to unlock these characters to use in the game. All have cool action movie names such as ‘Sledge’ (who has a sledgehammer), Thermite (explosives expert), IQ (tech specialist) and  Rook (heavily armed, man mountain). 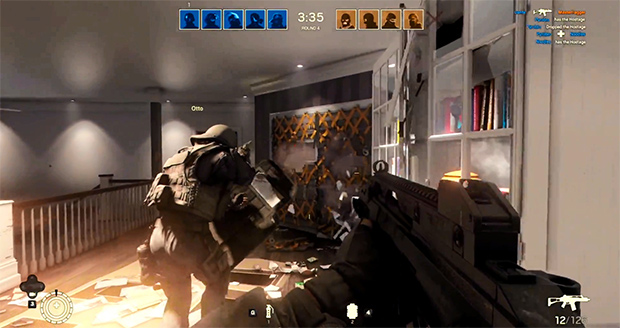 Coming into the game cold I was amazed at its simplicity, one building, multiple entry points, thousands of combinations of games. Both sides have their killer moments, whether it is bursting through a roof window upside down and shooting a terrorist in the stairwell for sealing yourself up in the basement waiting for the would-be heroes to come knocking.

Communication is key if you really want a well-oiled team but not essential. You can see your team members through walls in the ‘normal’ mode so verbal communication is not needed. However, if you are going to play the ‘hard’ or realistic modes then proper team chat is a necessity. 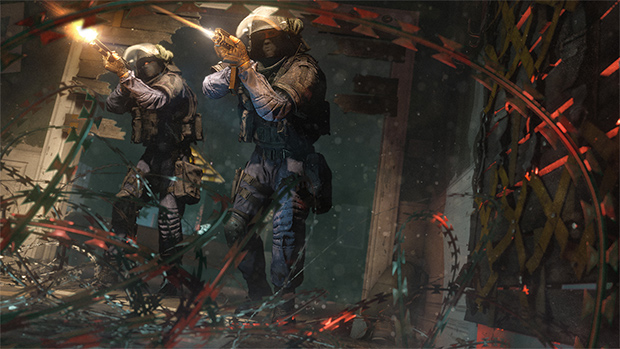 In the four plus hours I played I soon picked it up and was finishing at least third out of five but I can see that with the right character, the right load out and a bit of practice, Rainbow Six Siege is going to have a firm following in the multiplayer space.

I’m sure we are going to see new maps, modes, characters and weapons in the coming months but it’s shaping up to be a fantastic tactical shooter.

Summary
Article Name
Rainbow Six Siege | Closed Beta | Hands On
Description
When it comes to Rainbow Six, I am a noob. I heard it was good, and even owned Rainbow Six Vegas on the 360, but I never got round to playing it. However, thanks to Microsoft and a beta key they sent me I was able to spend many hours getting to grips with 'Siege'.
Author
Ian Garstang
Related ItemsTactical shooterUbisoftXbox