When Rocksteady announced that the Bat-mobile would feature in their third and final Arkham game, there was some speculation on whether the game actually needed it. As news drip fed out to us, Batman hungry gamers discovered that it could turn into a tank, that the streets of Gotham had been purposely widened, in order to fit the new gadget and that “it would play a substantial part in the game”.

Rocksteady certainly wasn’t wrong. Gotham feels much bigger than in Arkham City and the streets are teeming with criminals, cars, tanks, and tunnels. Driving is awkward at first, as the ‘convert to tank’ button is on the left shoulder button, which is usually reserved for the brake in most popular driving games. My muscle memory kept betraying me and I found myself converting into a tank whilst navigating a sharp bend. 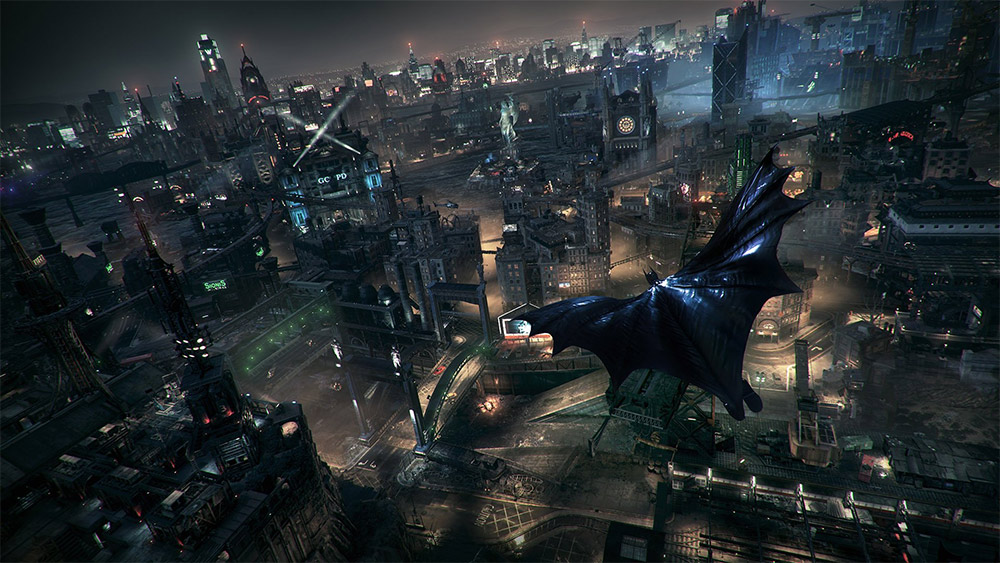 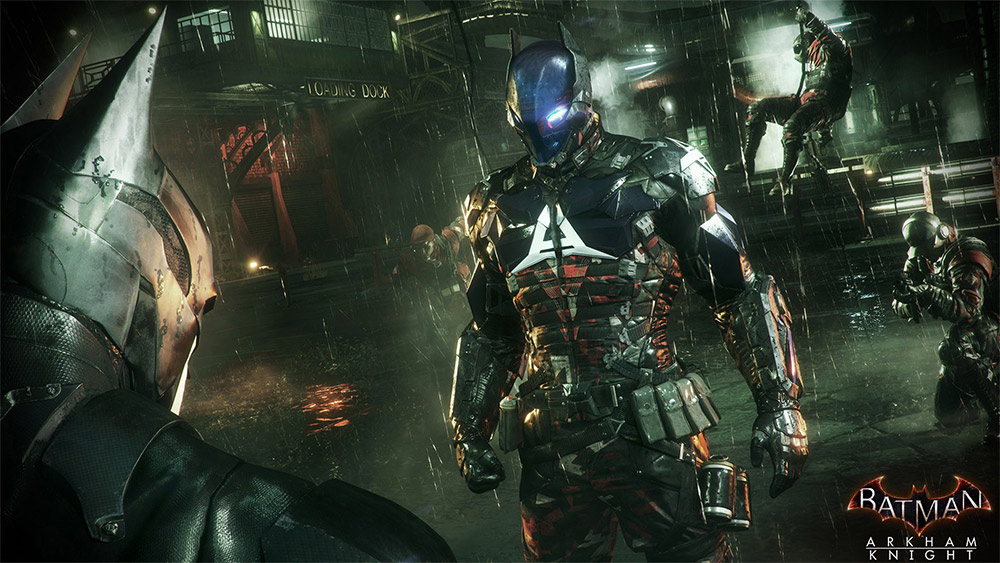 However, over the 20+ hours of play you will soon be reprogrammed, as the game itself is awesome. The story is full of twists and turns, the side quests are varied and plentiful and the fighting and driving mechanics work extremely well. I was a little sad when I correctly guessed the identity of the Arkham knight and found some of the enemies in the side quests a little ‘Z-list’ compared to other Batman games. The top dogs are all there and you will still have to work your way through The Penguin, The Scare crow, Two-Face, Poison Ivy, and The Riddler but many of the other big names are either caught or dead at this point.

The older war-torn Batman, tired-looking commissioner Gordon and general downbeat storyline suggests that this game is set later in the Batman universe and acts as a final swan song for both Batman and the Arkham Series. It is so much fun driving through and flying over the dark, wet and grimy streets of Gotham as there is plenty of verticality for both the car and the man. This immersive city is so addictive that you will find yourself doing the side quests simply for the joy of playing. 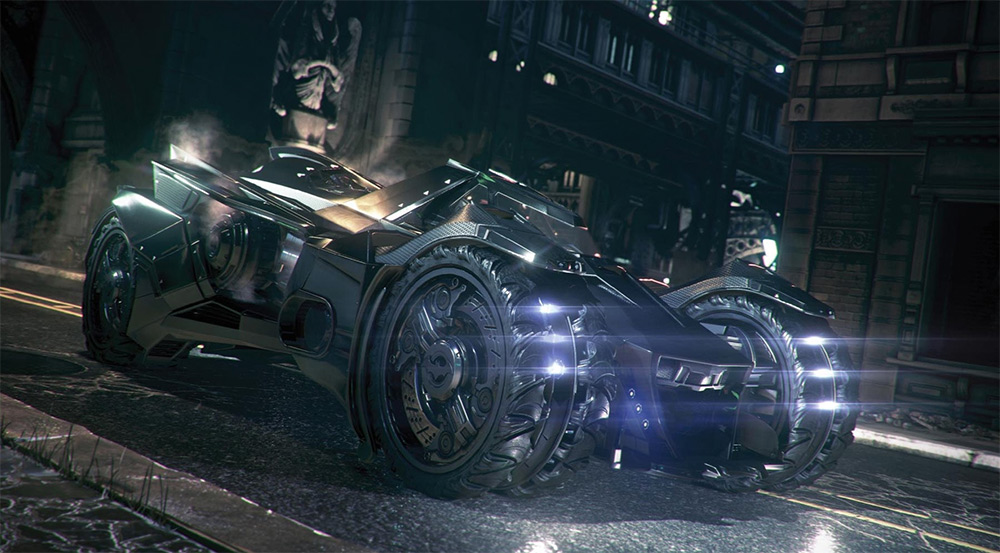 Bizarrely, one of my favourite parts of Arkham Knight is the pacing. The game can be played for five minutes, or fives hours and you feel progression with every play. This pacing goes awry towards the end, as it keeps giving you one last job to do just as you think you are finished. There are three different endings to see, one if you complete the main mission, another is you complete all but one of he side quests (the Riddler trophies) and a final one if you collect all 200+ Riddler trophies. I saw two endings and turned to YouTube for the third. 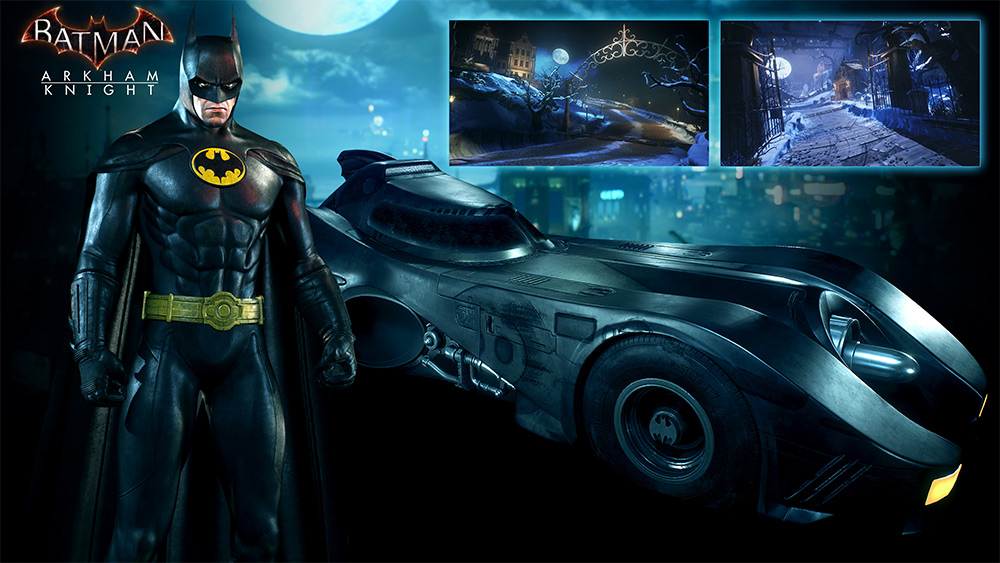 The game can be extended further with a six month season pass which gives you four additional stories to play through as Harley Quinn, the Red Hood, Batgirl and Nightwing. Whilst I agree with the criticisms that they are all way too short, I disagree with many and think Rocksteady has produced ‘ideal’ DLC. Sure the additional skins for Batman and some of the other main characters are cool for a bit of fun, and the 1989 Bat-mobile is great for a trip down memory lane, but it is these story missions that constitute real DLC for me. I applaud rocksteady for not slicing up the main game and selling you ‘main game’ content that should have been in there in the first place. The DLC feels like ‘extra’ content that would not exist in isolation and yet they all use many of the same mechanics as the main game. What I would also like to see in another story mission that takes advantage of the ‘over the shoulder’ shotgun section towards the end of the game. I mean, if you have it, why not use it.

Overall, Arkham Knight is a masterpiece. The sound, visuals and storyline are fantastic and they game is a joy to play. I did encounter a few frame rate niggles and even a couple of crashes but it didn’t ruin the game for me. I haven’t played a game that I played all the way through the main quest, side quests and then DLC in a long time. Rocksteady certainly rose to occasion and created a crescendo fitting of Batman’s final days. 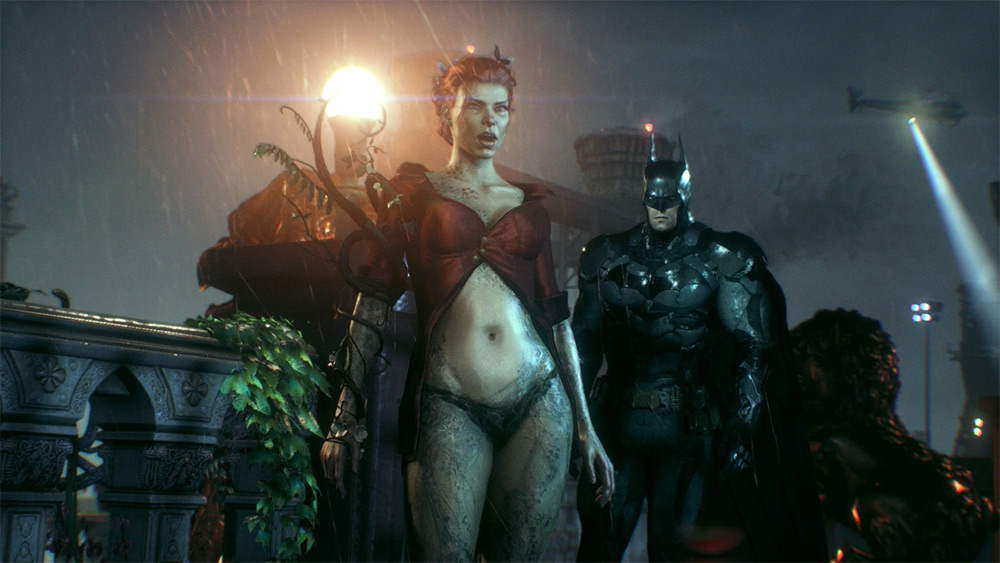