Don’t worry, there are no spoilers in this review, I want you to have as much fun as I did. Instead I wanted to go through the basics; what it is, how it plays and to share my experience of this new TellTale game so far. I thought I was done with telltale games. I had my fill with the awesome walking dead and was blown away by the Wolf Among Us. After spending hours on the modern day point and click adventures I had no interest in Borderlands, Game of Thrones or the upcoming Minecraft: Story Mode. 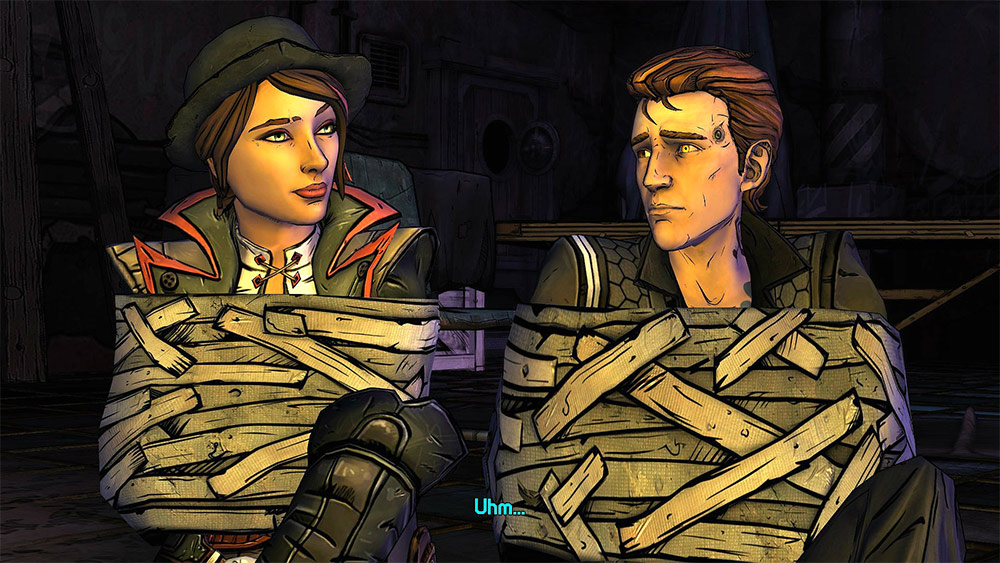 Like most people, I really liked the Borderlands universe and sunk many hours into Borderlands 1 & 2. I thought I had seen enough. It was only when I saw it on mobile and had a number of lunch breaks to kill, did it suddenly appeal. The first taste was cheap (as it often is) and I took the plunge. The game follows the tale of a corporate climber called Rhys working on the Helios space station high above Pandora and a beautiful con artist called Fiona. The two are held prisoner by an unknown enemy as are forced to retell the tale that led them to their capture. It all starts when a trade for a vault key goes horribly wrong. From then on the two enjoy a roller coaster rider filled with colourful characters, dangerous situations and hilarious dialogue. I actually laughed out loud on numerous occasions and spent much of the game smiling. You don’t need to have played (or remember) the previous games to enjoy this as it is the narrative that drives this game. By the end of the 5 chapter story I felt I knew Rhys and Fiona better than any of the characters in the previous games. 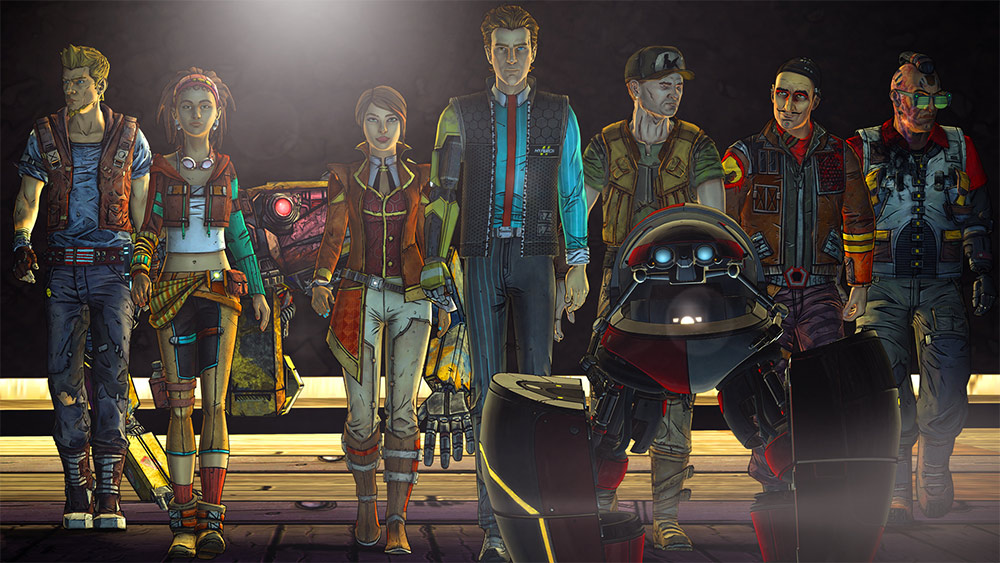 Tales from the Borderlands uses the familiar Telltale engine and you will be swiping, tapping and choosing throughout the game. You decide who lives and dies and many of the decisions come back to haunt you in the end. The voice acting is top-notch and Troy Baker and Laura Bailey do a great job as Rhys and Fiona, other top talent includes Nolan North as August and Patrick Warburton as Vasquez. The visual are the same inked, comic book ‘Telltale’ style and the gameplay is simple and inoffensive. There are a couple of moments that actually need real engagement, but on the whole you’ll be choosing dialogue options and clicking points of interest. 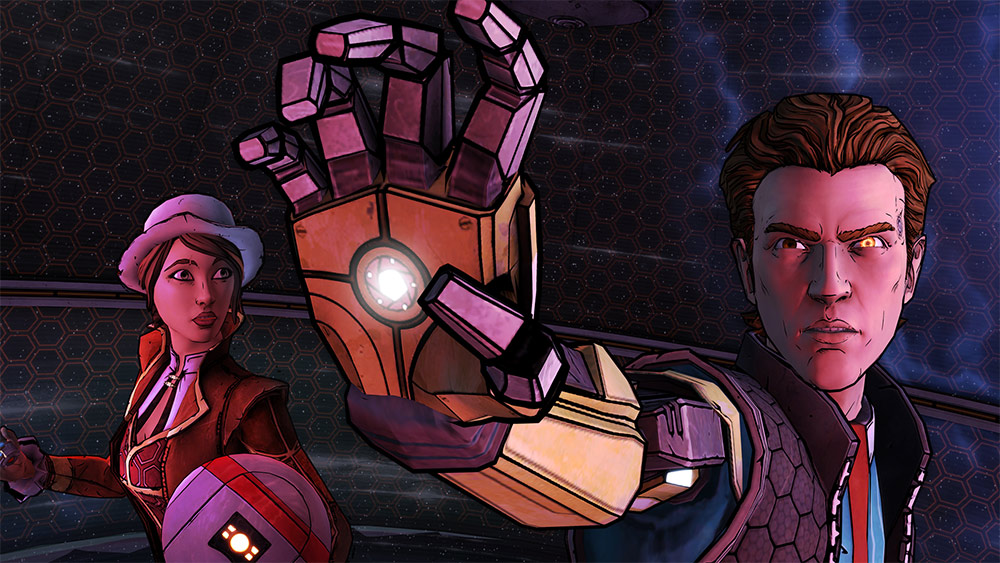 As you might expect, some episodes are stronger than others but the good ones far out way the weaker ones and all have key moments that you remember and enjoy. Tales from the Borderlands has re-ignited my enjoyment of both this game style and of the borderlands franchise. The narrative is fantastic and the music choices fit perfectly (check out my Spotify list of the tracks here). The voice acting works well and if you can overlook the limited engagement it is a lot of fun. I now look forward to starting on Minecraft: Story Mode.