Turn On is a puzzle platformer from the team at Brainy Studios. Turn On is their forth game and won the Imagine Cup 2014, held by Microsoft. The game first appeared on the Windows Phone and got the green light on Steam. Now, Turn On has arrived on Xbox One and you know what… It’s ‘shockingly’ good! 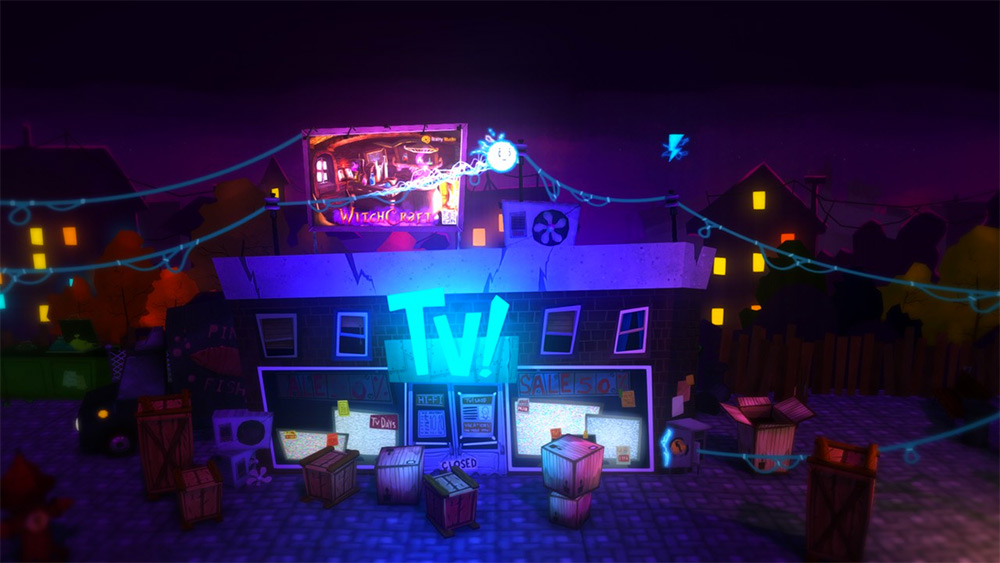 If you are old enough to remember Gremlins 2, you will recollect one gremlin that gets turned into pure electricity. This lightning gremlin zips around wires in the Clamp Building before finally zapping all of the other Gremlins later in the movie. In Turn On you play an living ball of electricity, similar to the gremlin, who can zip along the power lines and jump from one to another. Unlike the evil gremlin, you seek to help the citizens of the city bring light and life back to a city plunged into darkness. 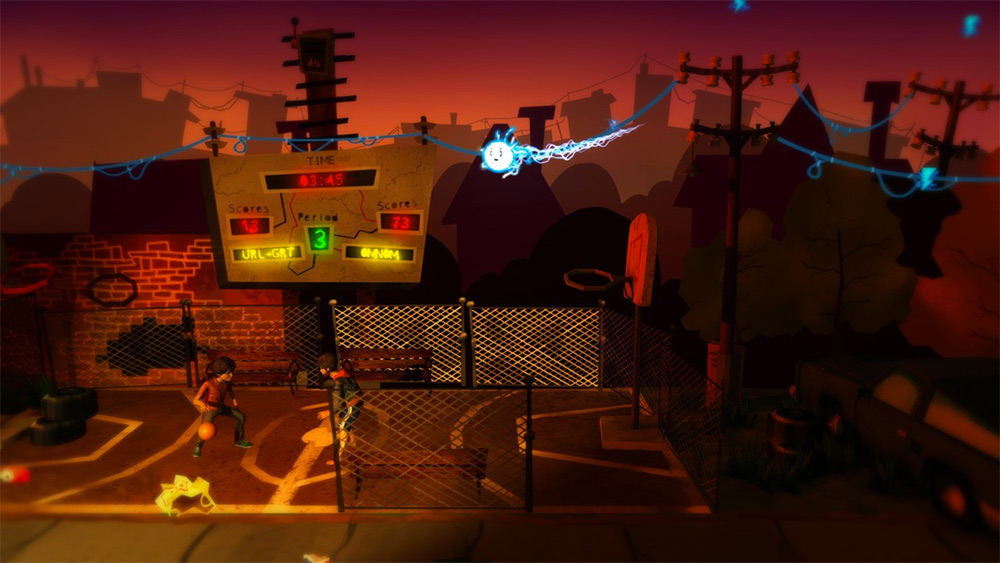 Whilst the art style is cute, the music is southing and the gameplay simple, my favourite part of Turn On is the helping the unknowing citizens with their mundane tasks. Whether you are turning on the TV for a disgruntled grannie or scaring away looters by powering up the alarm, the joy of Turn On comes from helping people and bringing the city back to normality. The various stages range from escaping the power station to powering up the skyscrapers on the city and along the way you will light up the high street, get chased by trams and helicopters and even work your way through an amusement park. 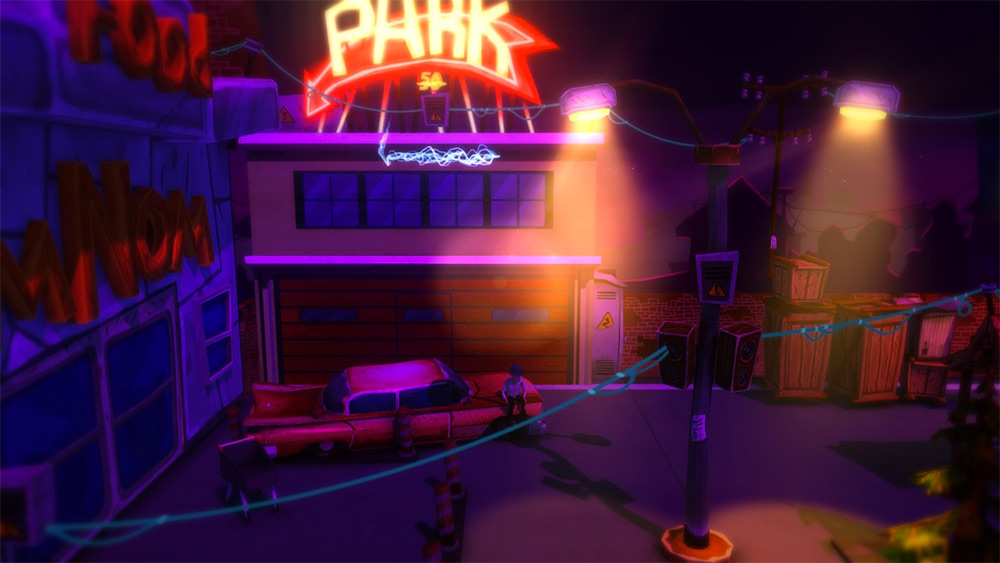 The whole game is devoid of speech and uses comic book style panels to move the story along making it easily assessable for a younger audience. My biggest gripe, what what youngsters might struggle with are a handful of track jumping levels in which the main character zips along one of four wires and must jump of wire to wire to cross a great expanse whilst being chased. These levels are infuriating and can many tries to complete, partly because of the difficulty but also due to some chunky controls and gravity issues. However, if you can work your way through the tougher levels you unravel a sweet story with morals and a good heart. 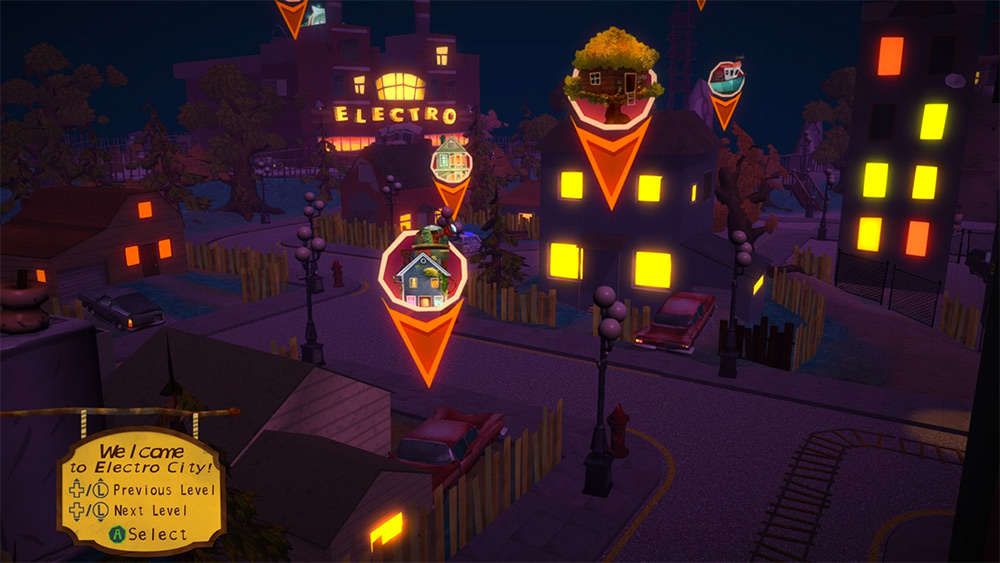