Is RIME all looks and no substance? Check out my review to find out…

Rime is a beautiful and serene adventure puzzle game re-telling the classic tale of a hero who wakes up on a strange and mysterious island with little memory of his past. The young boy at the centre of Rime’s story is driven forward by an elusive hooded figure and magical fox. 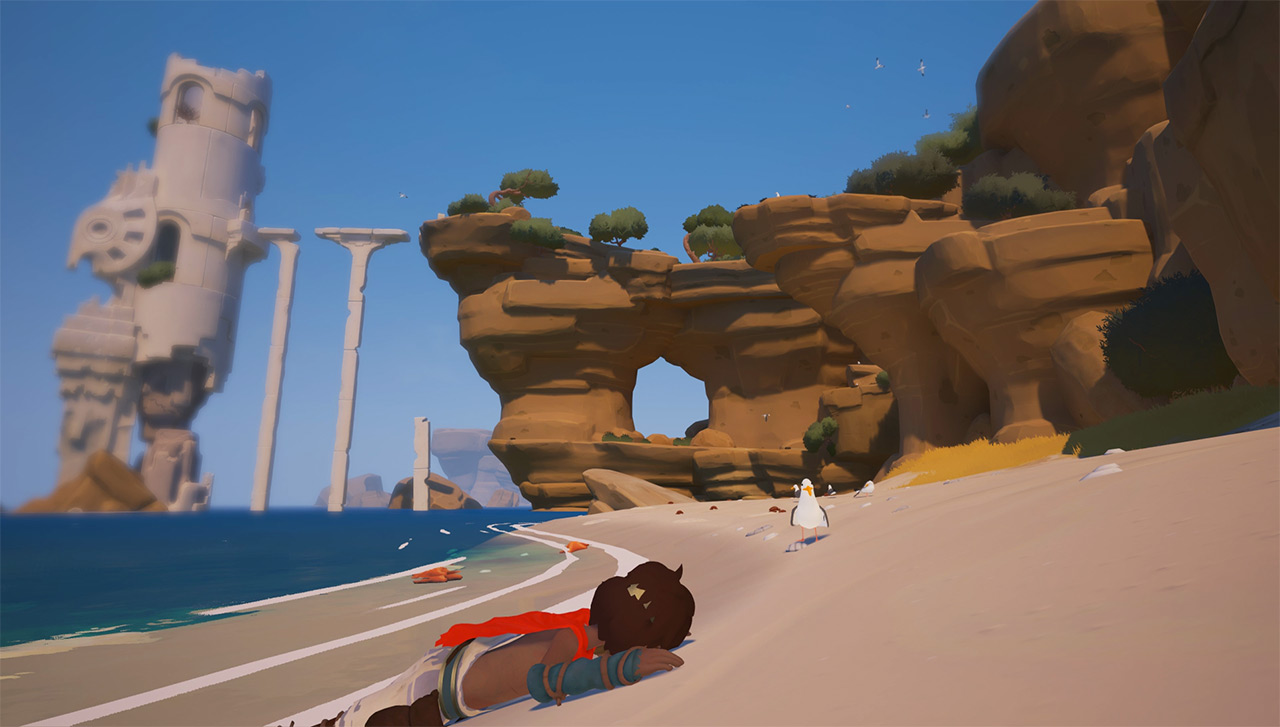 The first area in Rime feels like a fusion of ancient Greek architecture mixed with a lost civilisation. Its clean white buildings on an azure blue sky is reminiscent of stunning holiday spots such as Santorini. Later levels take you to a desert oasis, a deserted town and eventually a rainy mountainside. Whilst all the levels look great, there is little cohesion between them and no narrative link as to why they are that way. 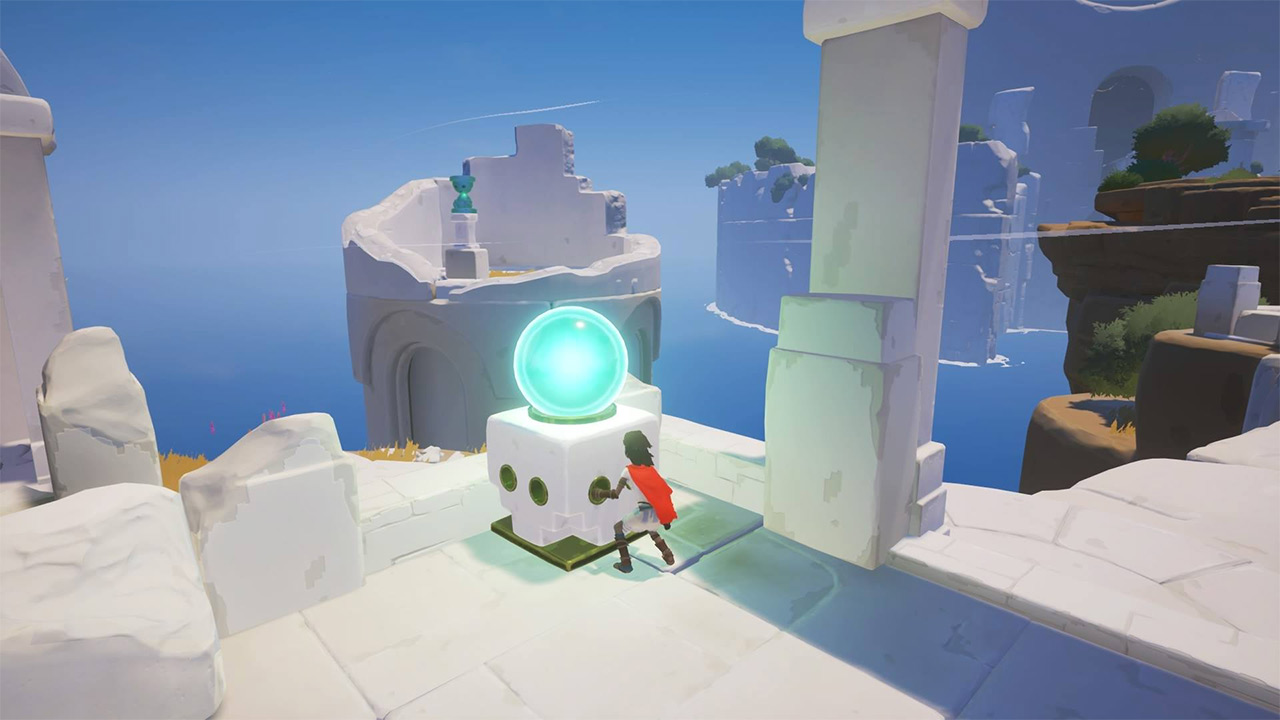 The puzzles are generally simplistic with most requiring players to turn something until doors unlock or bridges extend. Later puzzles include additional mechanics, such as using light and shadows in interesting ways, but nothing ground-breaking that veteran gamers won’t be familiar with. However, for younger gamers, Rime is a safe environment, free from dying and any particularly fearsome foes. 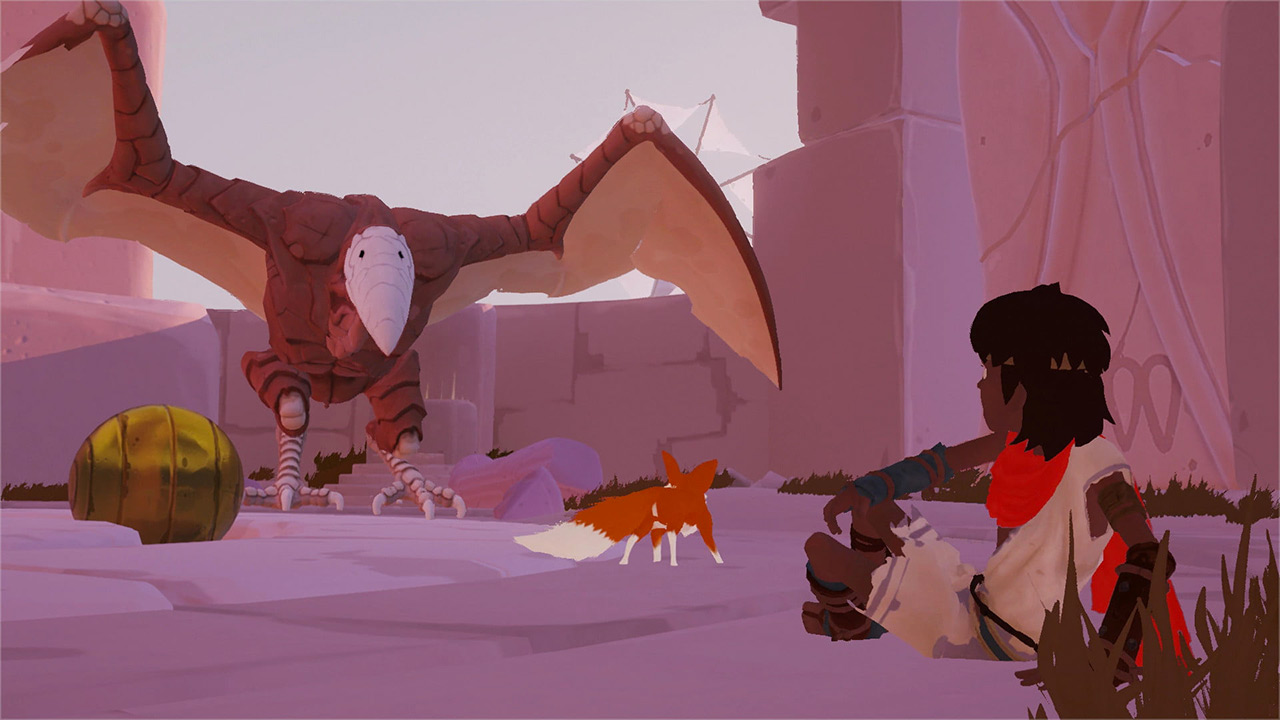 The narrative is left to the player to figure out, at first you will be chasing the red-hooded figure around the map and in certain areas, the friendly fox will highlight your way, but when it comes to story, you are on your own. Rime borrows a lot from games such as ICO, Journey and Shadow of the Colossus, but sadly doesn’t deliver the same experience. Visually, it ticks all the boxes and the HUD-free experience means players can enjoy all of its eye-bleeding beauty. However, the puzzles would be more suited to younger players, but if this was the case, the narrative and wayfinding would need to be equally simplified. 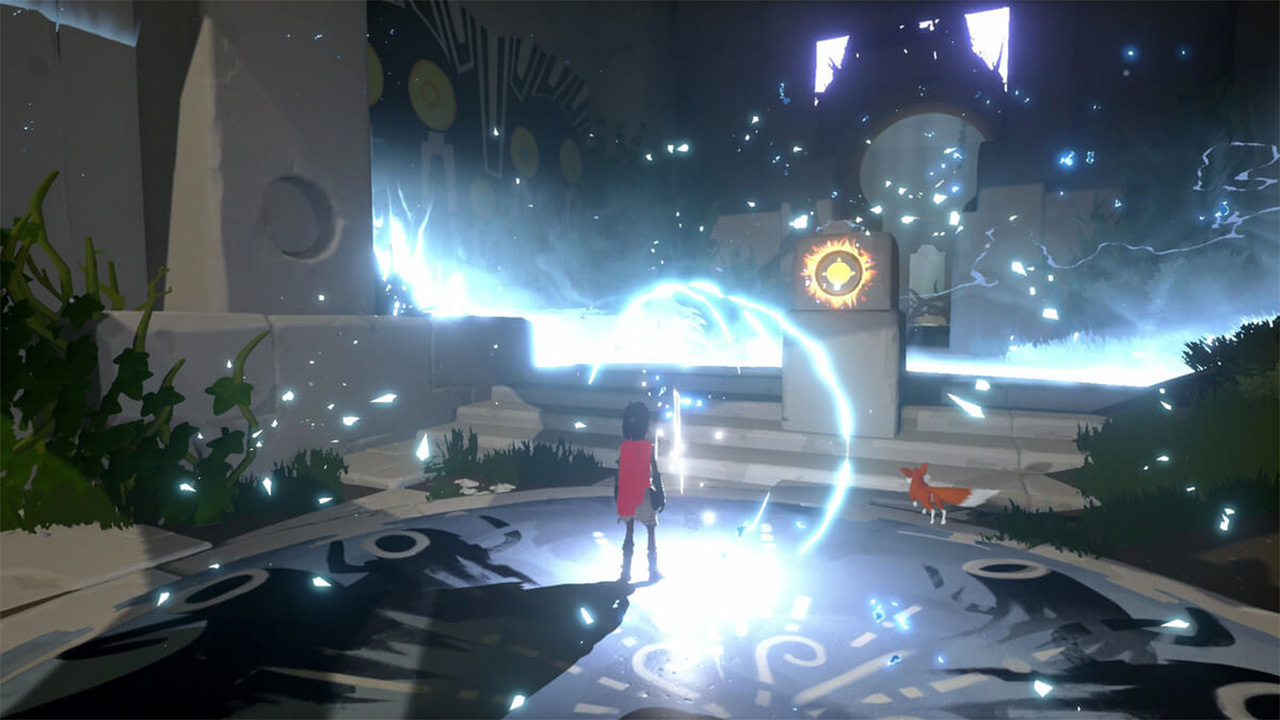 The six-hour gaming journey is not an unpleasant one, the nice shift in camera angles when scaling large building, the swooping bird that can grab you when not in cover and the light puzzles do hold your interest just enough to work through to the game’s mediocre conclusion. Overall, this game is above average, its simplicity and lack of any real threat will appeal to younger audiences, if they can navigate around the maps. For those more ‘hardcore’ gamers, the first island will give you all the insights you need before getting bored and moving on. A feast for the eye, but little nourishment for the belly. 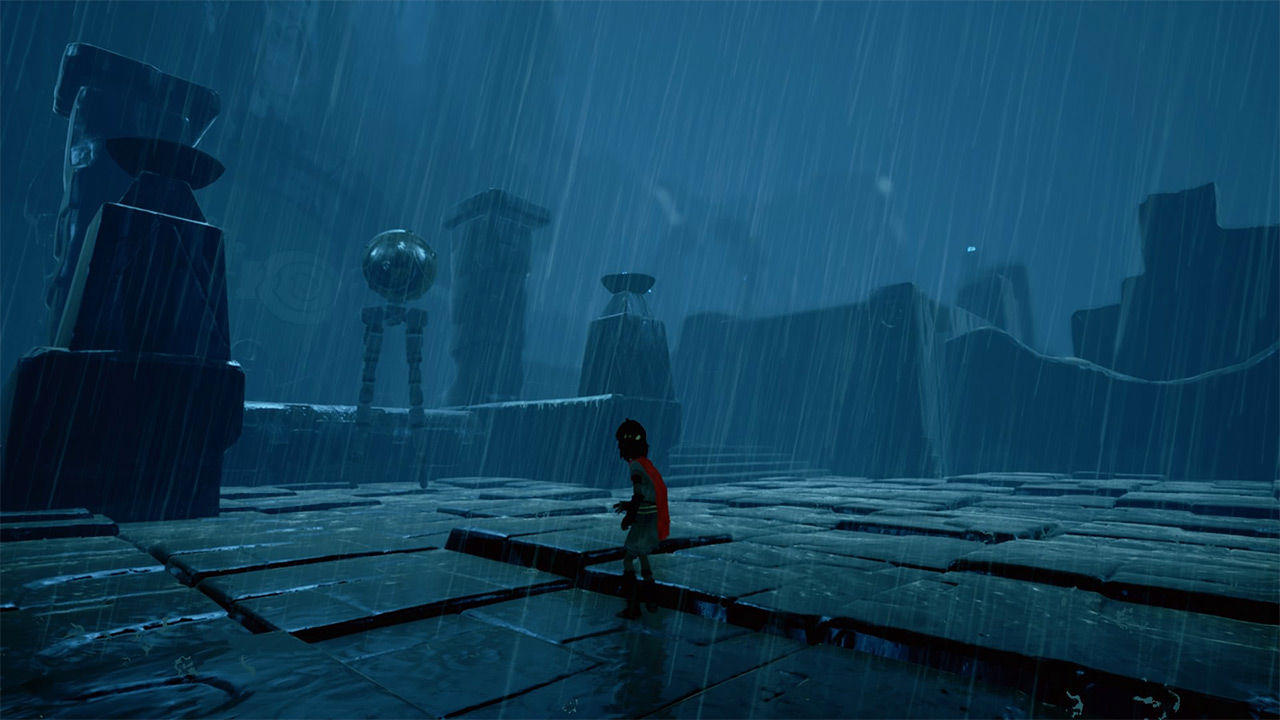