X-Morph: Defense flips the usual cliche of an alien attack on its head by letting you play as the resource-hungry aliens in this slick tower defense game.

After dropping your giant harvesters into various cities across the world, you play an alien fighter tasked with building up the defenses, whilst taking own waves of enemies on the ground in the skies. The additional fighter mechanic adds a top-down shooter element to the gameplay and mixes both the action-packed fighting action with the more strategic tower defense. 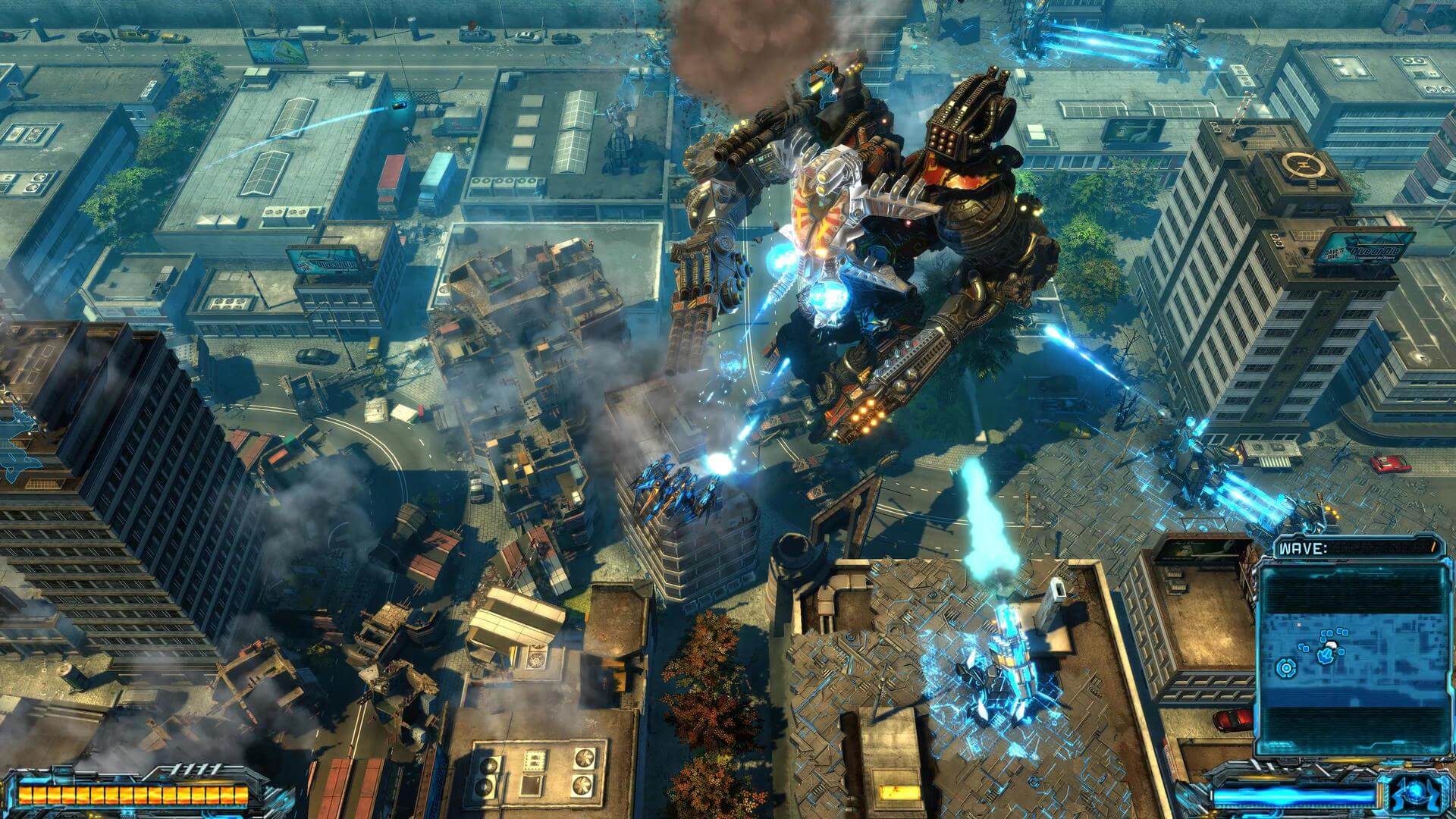 Each of the 14 missions each has a series of stages with some enjoying an epic boss battle at the end. Whilst playing you can jump between ‘Ghost Mode’ in which you can stealthily add lines of defense aimed at diverting the flow of the enemy troops onto the longest journey possible, in order to allow more time to destroy them. Action mode throws you into the heat of battle and sees you blasting the oncoming horde. As you gather more resources you can survive longer and build additional defenses to stop your foe.

In X-Morph: Defense, there are a variety of towers to use and players can unlock more whilst playing through the campaigns. Abilities and upgrades can be unlocked that power up your towers and allow for even more destruction. 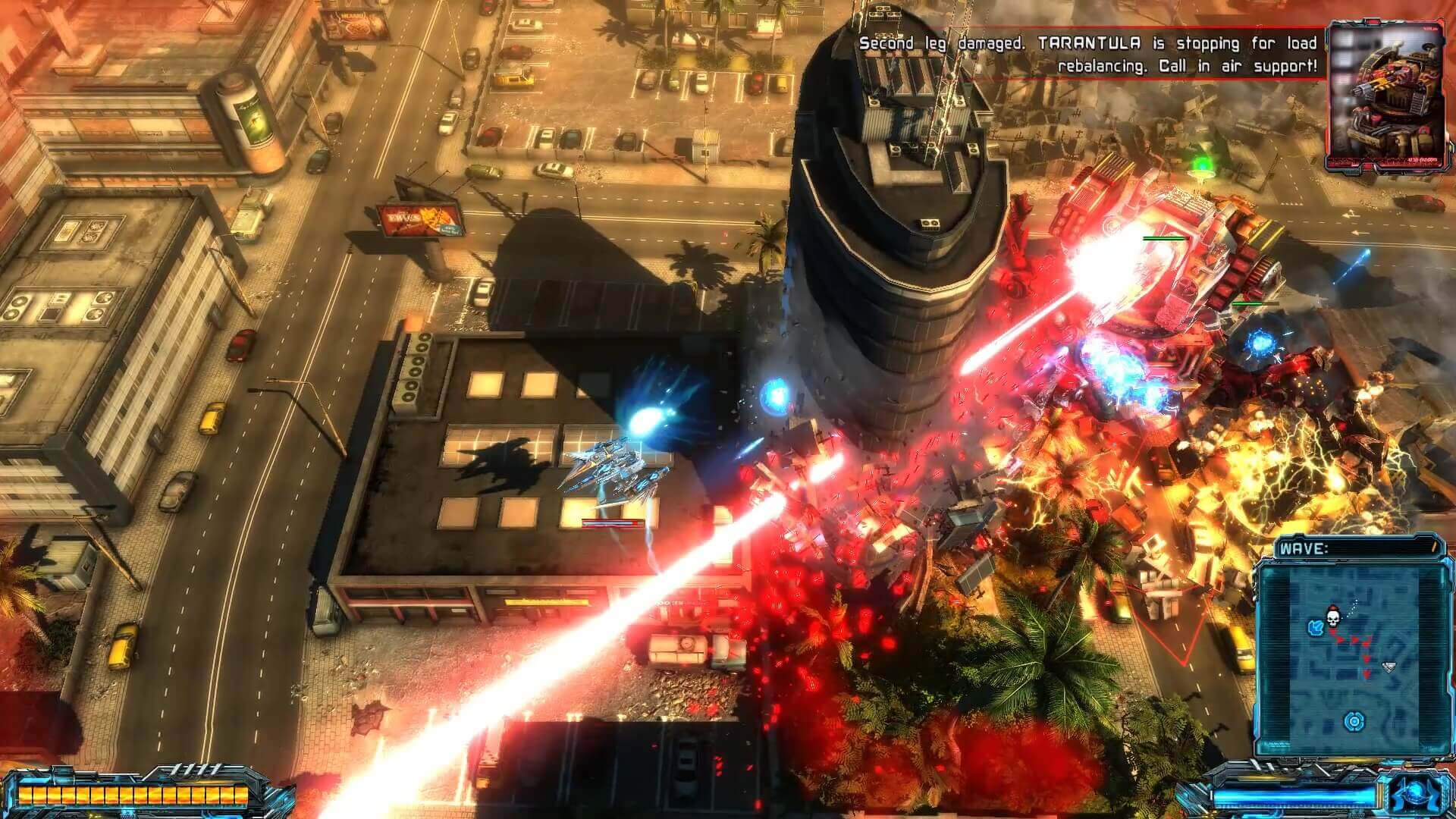 Some of the levels are optional, but skipping these will mean you miss out on vital power-ups needed for the tougher later levels.

I particularly loved the array of destruction on offer as entire levels could be turned to rubble throughout the battle. Similarly, the multitude of explosions was great fun and throughout the carnage, I didn’t notice any slow down.

Another fantastic feature was the local two-player co-op for the campaign mode meaning I could share the world domination experience. The game is really great looking and whilst some of the landscape did look a little samey after a while, I noticed that the new European DLC that is available as a whole new look and a new style enemy, which is very tempting. 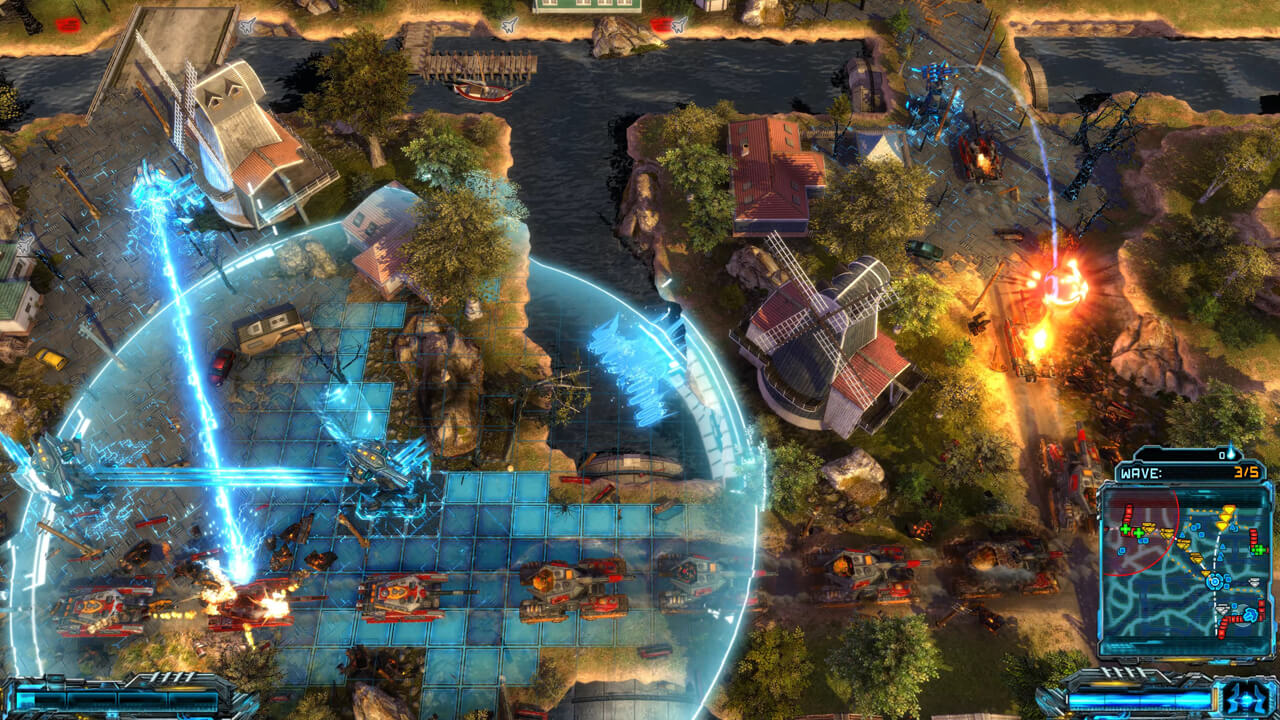 The only negatives I found were the overly repetitive warning voice when troops were attacking my base and a slightly limited control ship which could have been tripped out a little more as the game progresses. However, these are only minor quibbles on a general well-conceived strategy game.

Overall, I found the tower defense/top-down shooter medley that is X-Morph: Defense a refreshingly new take on the genre and a welcome break from the standard fare of third-person action games currently swamping the market. X-Morph: Defense looks fantastic, enjoys an abundance of destruction and with the new DLC covers all the major continents.