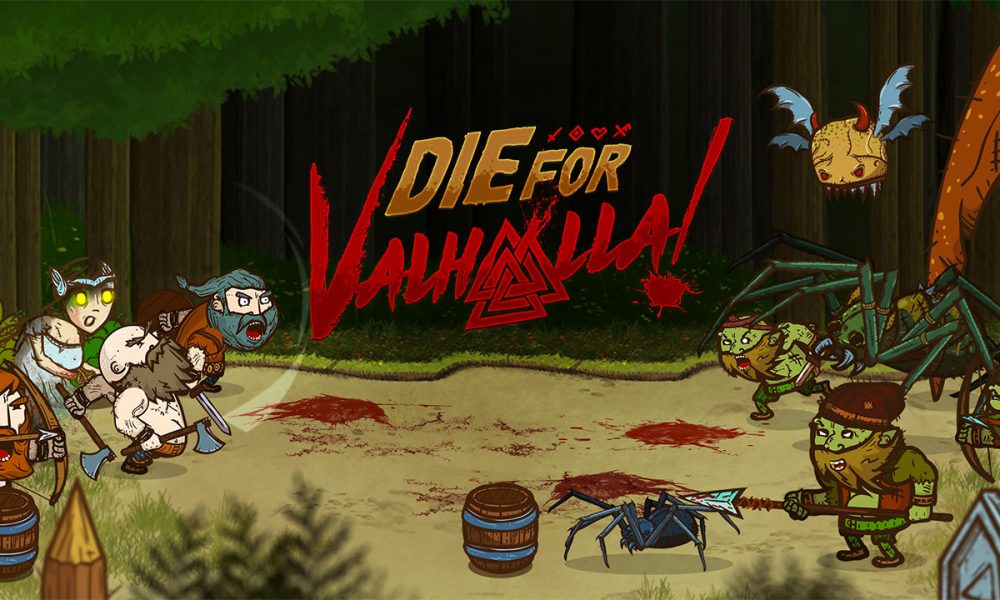 Die for Valhalla! is a little side-scrolling, action-packed game, developed by Monster Couch. The entire thing has this quirky, slightly humoristic, Viking theme. The player takes the role of a female ghost, a Valkyrie, that has fighting abilities of her own, but aims mostly at possessing the bodies of fallen Vikings, in order to use their strength to face hordes of enemies. In addition, while clearly not useful, the Valkyrie can possess small objects and even small enemy units: it’s nice to know that the developers cared enough to embed little mechanics that bestow a certain spirit of authenticity upon the gameplay.

Review of Die for Valhalla on Xbox

The gameplay model itself is rather simple: the player navigates an isometric map featuring predetermined locations, and selects from a plethora of different missions that, when completed, unlock other, more difficult adventures. 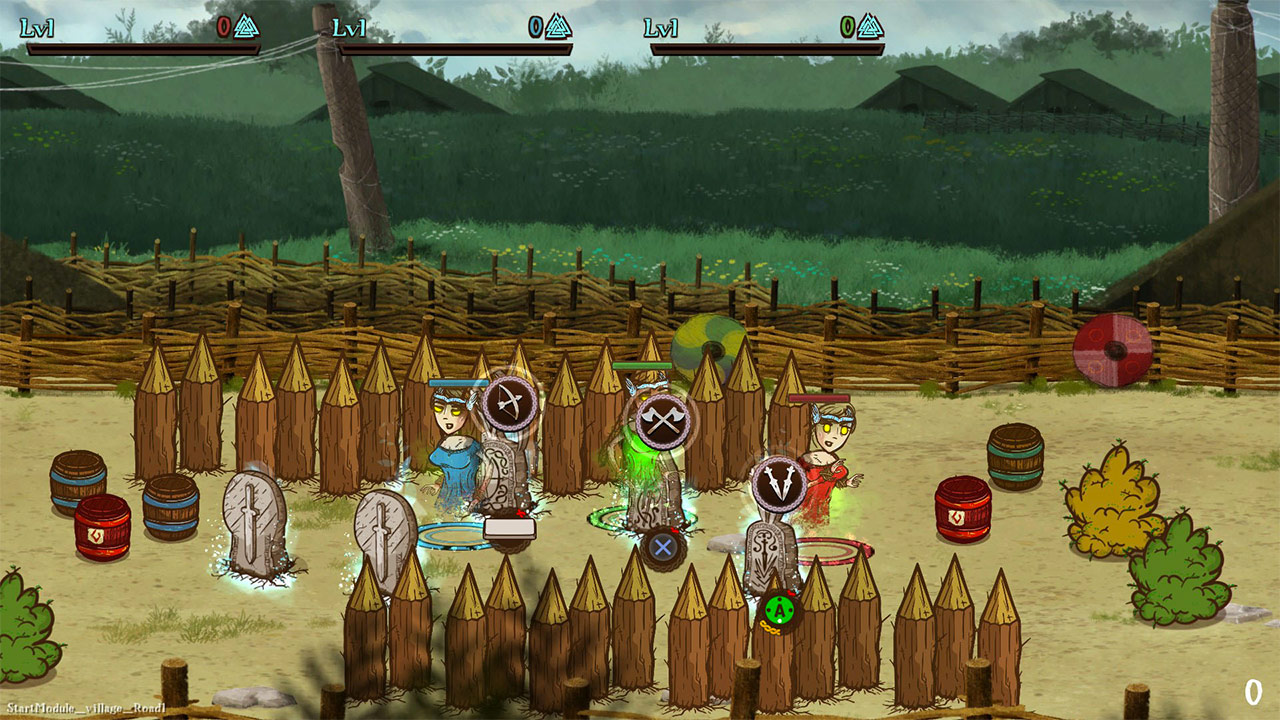 Once a mission is properly selected, the players is faced with a side-scrolling platform (moving right) and has to face the combat challenges ahead, while utilizing his characters’ abilities.

The combat itself consists in sets of movement and fighting moves, and varies depending on the Viking that the Valkyrie has decided to possess. However, as a general rule, one can say that button mashing and using an all-too-straightforward combo system, while throwing a couple of strategic blocks here and there, is all one has to do in order to succeed. There’s a good difficulty curve, but an odd lack of variety in tactics. Not even the boss fights can break the monotony, because they come off as too easy and repetitive in their own way. Furthermore, the game presents a physics engine which it doesn’t leverage at all, since none of the attacks and movement skills are physics-based. The overall combat design is where the game lets the player down: considering that most of the adventure is, in fact, combat-based and that fighting seems to be the core of the experience, one can’t but wonder how come the developers have chosen such an overly simplistic model. 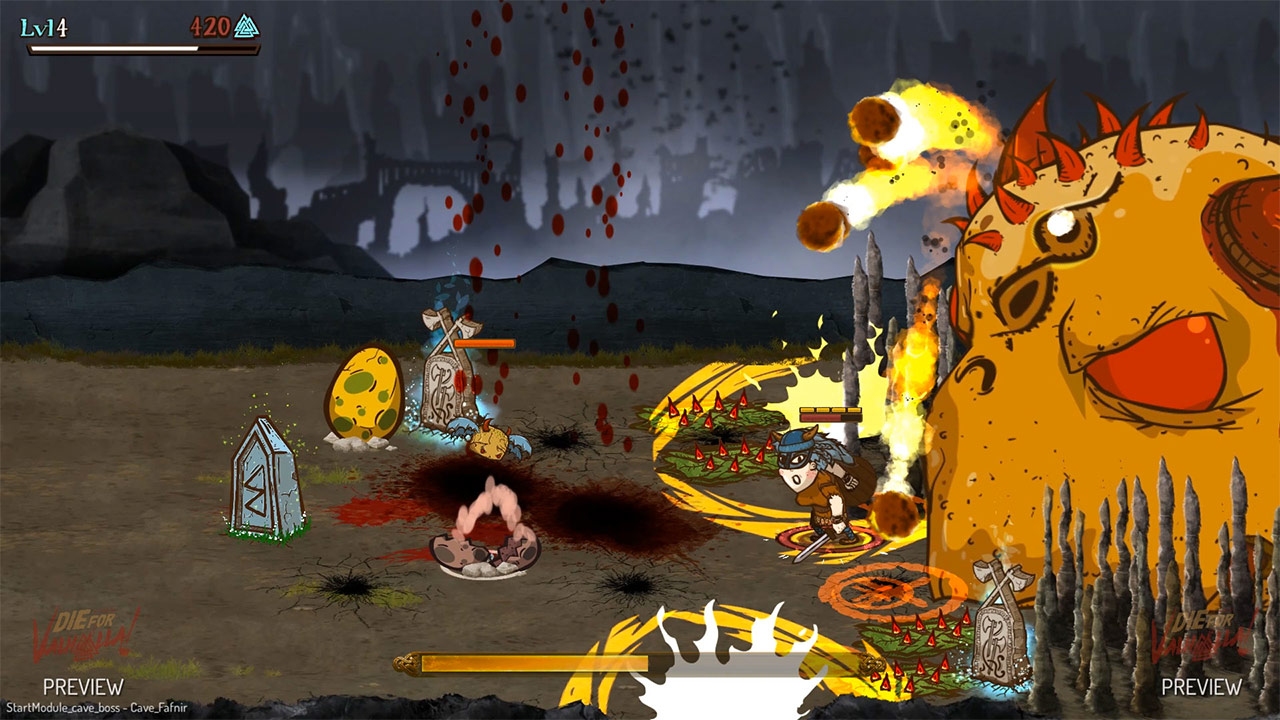 The addictive progression system is a pivotal feature of the game as well. In fact, there are quite a few layers of progression placed on top of each other: the player progresses the individual Vikings they possess (up until their inevitable death); they progress their Valkyrie by means of an undemanding but interesting skill/stats points system; they progress through the overall world of the game by completing the individual mission “nodes” and quests; while also collecting resources in order to unlock new Viking clans, thus new types of warriors. Completionists are going to enjoy this one!

The overall presentation is, unfortunately, quite poor, albeit enjoyable if one appreciates the style. The 2D sprites, which are randomly generated both in appearance and gender, are convincing, while being rather stiff and shallow at the same time. Furthermore, the environments don’t seem to vary all too much, being divided into a couple of generic biomes. However, the sound is surprisingly well-designed, without even mentioning the bits of epic Viking “humming” tracks that bolster the game’s fantasy by quite a lot.

The story isn’t really interesting at all. The short and dull cinematics feature poorly written dialogue and vague attempts at humor and mystery which are not only flat, but even cringy at times. There are also a couple of tasteless pop culture references. As it stands, it is better left ignored. 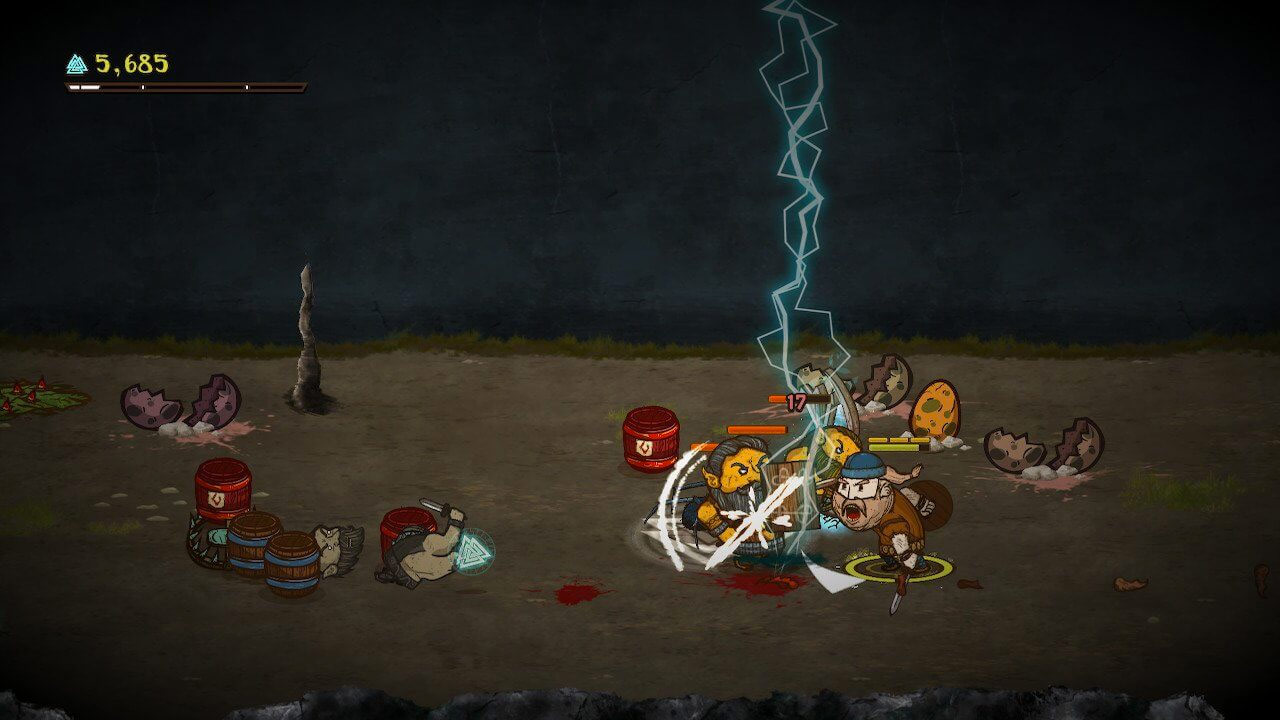 In order to be fun, a game must be polished and Die for Valhalla! doesn’t fall short: certain movements are slightly delayed in the attempt to convey a sense of weight to the attacks, but everything feels pretty smooth.

With positive Steam reviews, mostly praising the game for it’s rogue-lite nature and beat ‘em up design, Die for Valhalla! is palatable and fun, but in no way extraordinary.