Crazy Taxi is Back, Just Not How You Expected…

It may surprise you to hear that Taxi Chaos is not a Reboot of the much-loved Crazy Taxi by SEGA. However, this spiritual successor has been given the thumbs up by the Japanese MegaCorp to be distributed across the world without any copyright issues…

The first thing you’ll notice is the unabashed similarity to its source. Taxi Chaos has the same eye-blasting, over-saturated visuals of the original, but now in stunning 4K. Set in a simplified New York instead of San Francisco (like the original), what the game lacks in undulating hills and varied typography, it makes up for in skyscrapers and verticality. Many buildings can be accessed via the jump button (introduced in Crazy Taxi 3) that boosts your vehicle into the sky allowing you to avoid oncoming traffic, leap over walls and fences and access the shortcuts via the rooftops. The new mechanic fits well into the overall gameplay and adds an additional element of frantic panic as you hit or miss your jumps. 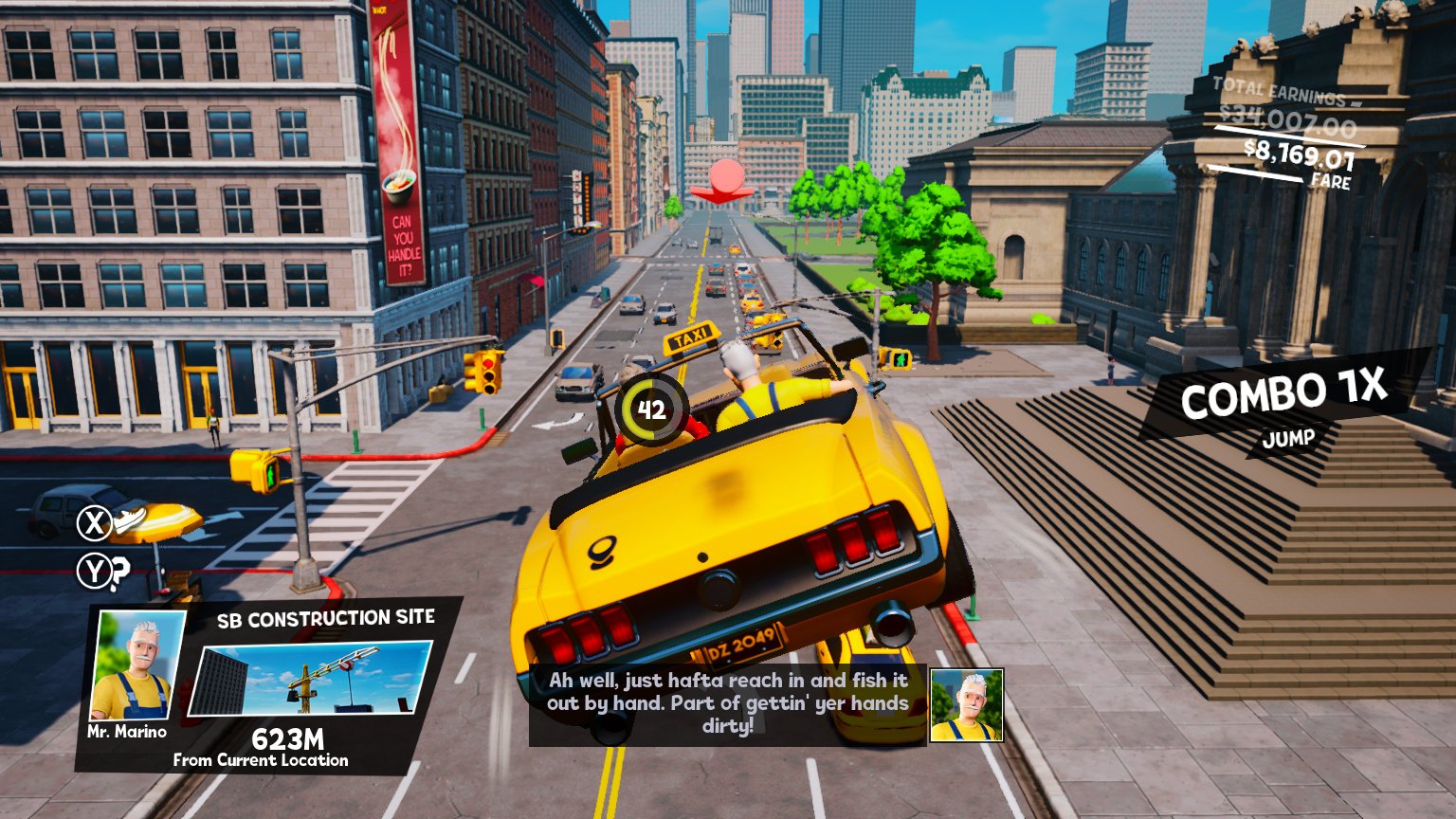 General driving is very responsive and worked with both my controller and steering wheel and as more cars are unlocked, the controls are further refined as you unlock the better cars. Personally, I loved the fact you have to unlock everything through play, as the game itself is quite simplistic, so having unlockable items urges you to play more and gets the player deeper into the game. Other reviews have penalized the game for not having enough unlocked at the start, but without the carrots of new cars to keep you playing, you don’t learn to master the game.

Taxi Chaos has three game modes. Arcade mode is the standard timed game in which you have to pick up as many passages in a given time limit, Free Roam removed the time limit, so you can pick up as many people as you like and Pro Mode removes the direction arrow, meaning you have to know where in the city the different destinations are, which is very tough. 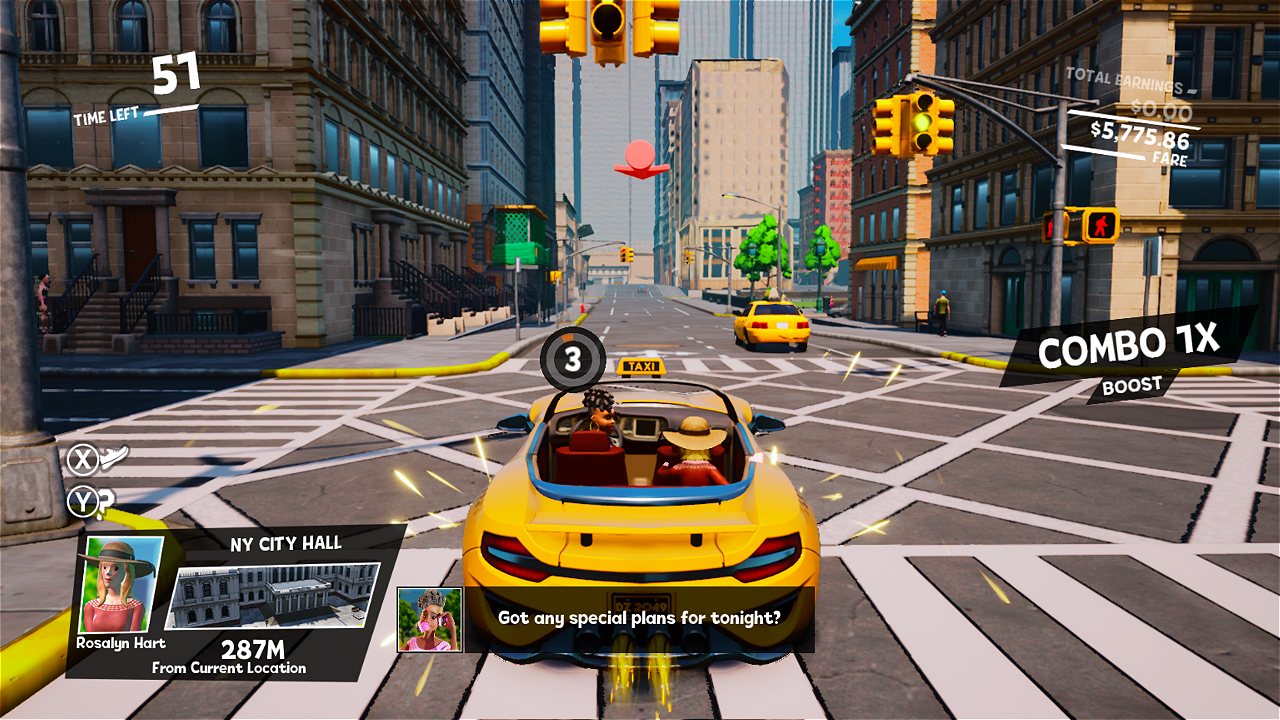 By far, the biggest downside of Taxi Chaos is the sound and music. The voice acting is great, but the limited responses soon get tiresome. I think I have heard the phrase “Oh you know, one step closer to retirement and living out my days in an old folks’ home” a hundred times, but I have been assured by the developers that the update is currently being rolled out. This new update also covers the repeating music track that doesn’t come close to the memorable OffSpring track on the original. This quick response to player feedback is fantastic and I take my hat off to Team6 Game Studios for reacting so quickly and outlining a roadmap of updates to address the reviews.

Overall, Taxi Chaos is a fantastic game, but it’s not Crazy Taxi 4, they’ve nailed the look and feel, and the introduction of boost and jumps shows a considered evolution of the game. The voice acting is great but repetitive, however, I would have like to see Taxi Choas go further. Additional cities would have been a great option (San Francisco, Las Vegas, London, Venice?) but I understand that this is a big ask. Team6 Game Studios have done an amazing job of introducing Crazy Taxi to the modern gamer and SEGA themselves have endorsed the new game, but I would like to see the game pushed beyond its predecessor in order to steal the hearts of gamers like the original did back in 1999. I look forward to the new updates as I work through the outstanding unlockables. 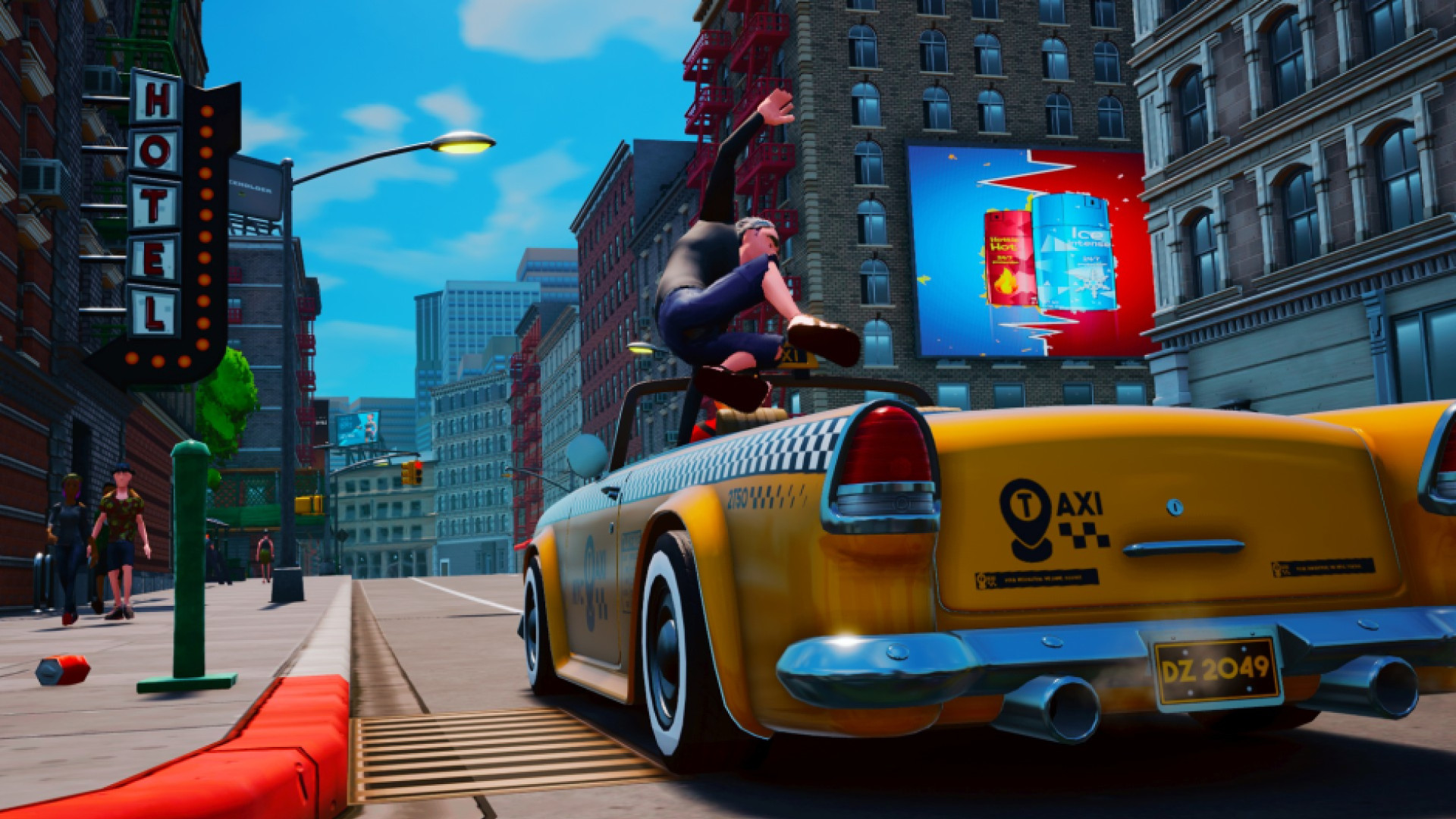