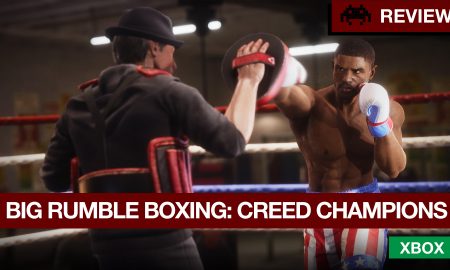 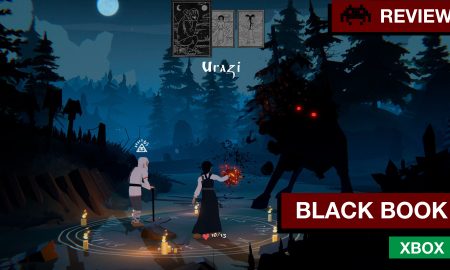 Must Dash Amigos is a frantic couch coop racer from Cambridge-based Minibeast. Players must run around a variety of crazy 3D tracks picking up power-ups and weapons in an attempt to beat the competition to the finish line. This Mexican-themed kart racer (just without the actual vehicles) will see you riding charging bulls, smashing human avocados, and firing flaming fajitas at runners in front of you. Oh, and watch out for the stampeding pinatas… here’s my review of Must Dash Amigos. 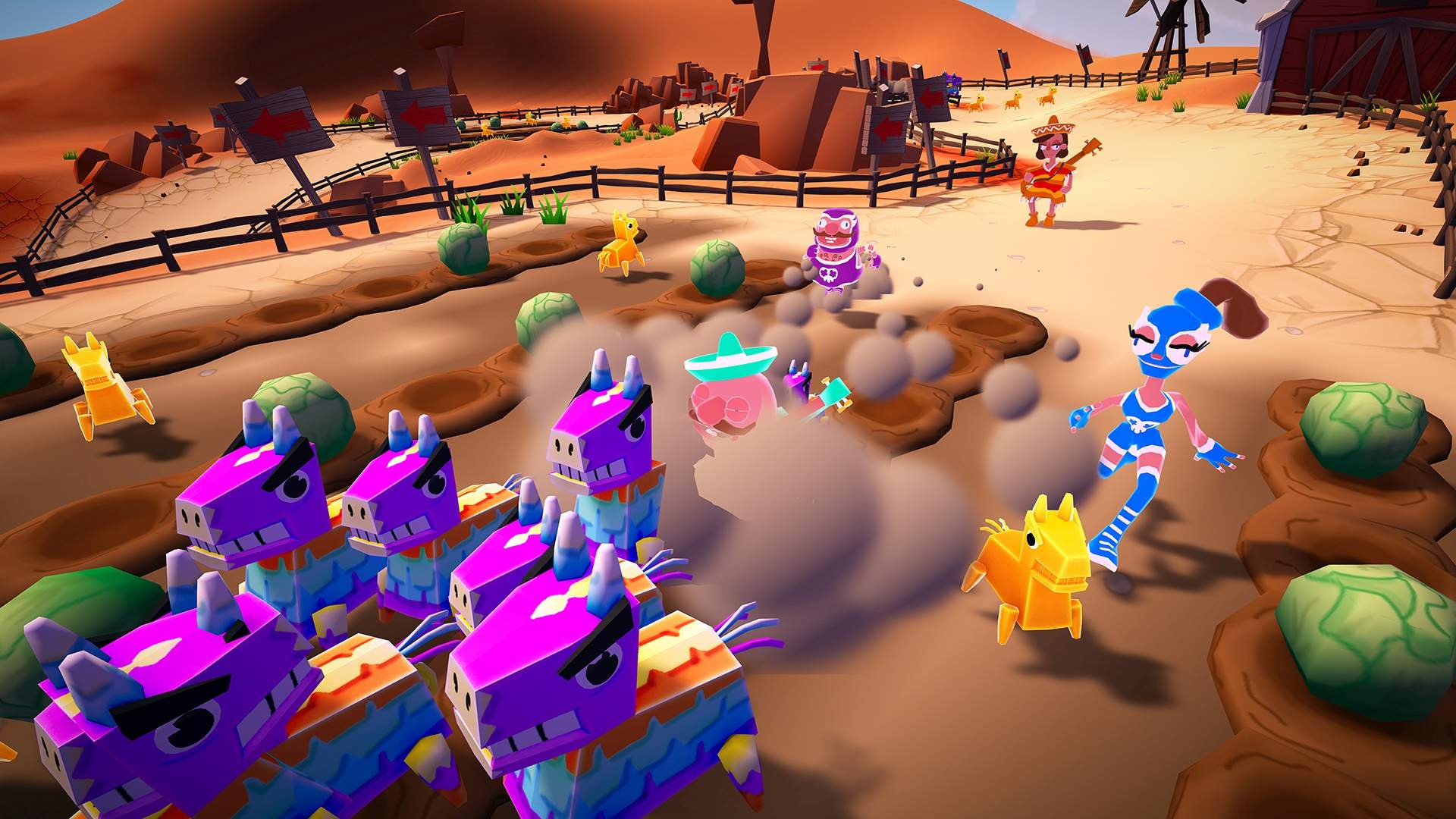 Review of Must Dash Amigos on Xbox

Must Dash Amigos is a hilarious, family-friendly fun-fest with controls so simple that anyone can play. Whilst there are plenty of wacky kart racers out there, very few are on foot. Players choose from four different base characters that include a Mariachi, a Luchador, a dancer, and a yeti which can be customised with different colours and costumes. There are two different game modes that include race mode and battle mode.

Race mode sees players running around various locations from ancient forest temples to Sandy beaches. Power-ups and weapons can be used to race to victory or kill your opponents. Similarly, treacherous bridges or thin cliff faces can result in players plummeting to their death. 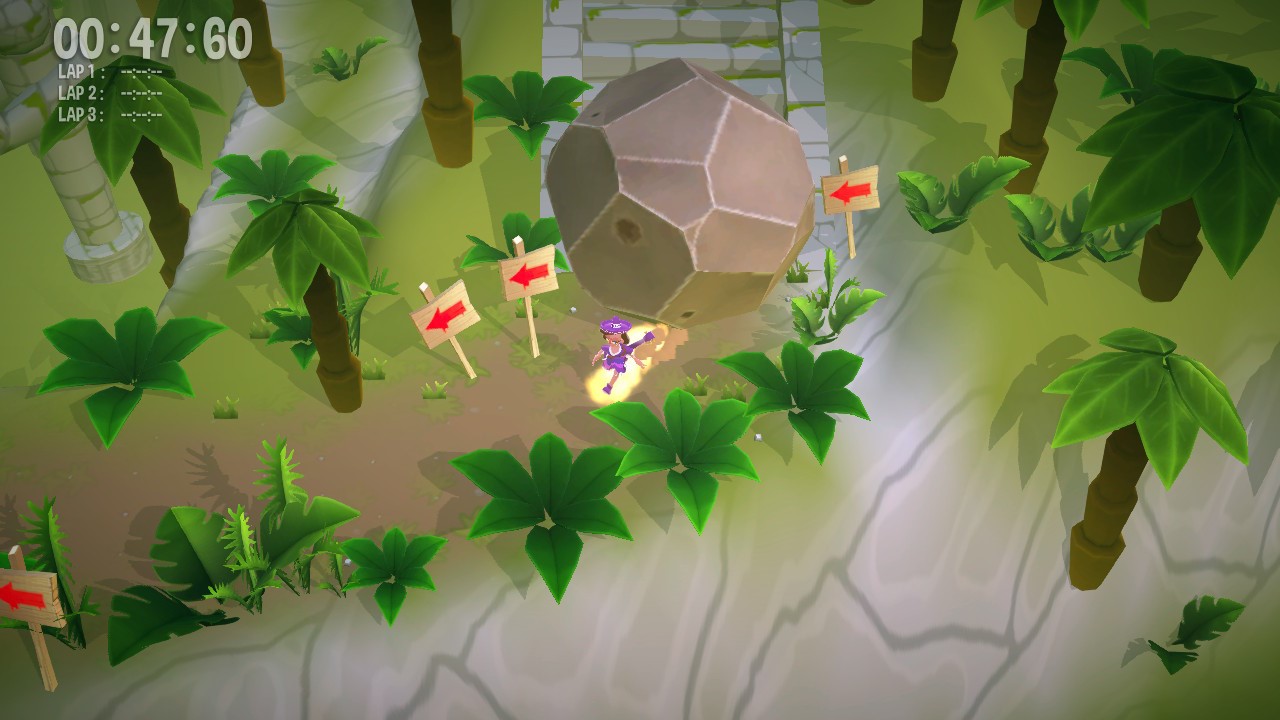 Battle Mode uses the same controls but ditches the larger race tracks for more compact arenas and focuses purely on the weapons.

Neither game mode is particularly ground-breaking, but it’s the four-player local coop that brings this game to life. When in couch coop, the simple pick and play controls mean that anyone can play it quickly and easily. The graphics are both mad and simple and the Mexican theme works really well. The character models are basic, but the imagination behind it all is fantastic. Raging bulls, stampeding Pinatas, exploding avocados are all commonplace when racing around the myriad tracks. The crazy sound effects and audio work really well from the ‘Arriba, Arriba’ to the ‘chomp chomp’. It’s amazing to think that this game was made by two people, one designer and one developer.

However, despite its vibrant colour palette, madcap antics and unique gameplay, the fun doesn’t last. Playing with friends is great, and this game often comes out at parties, but the single-player experience is very limited and there isn’t too much to unlock. 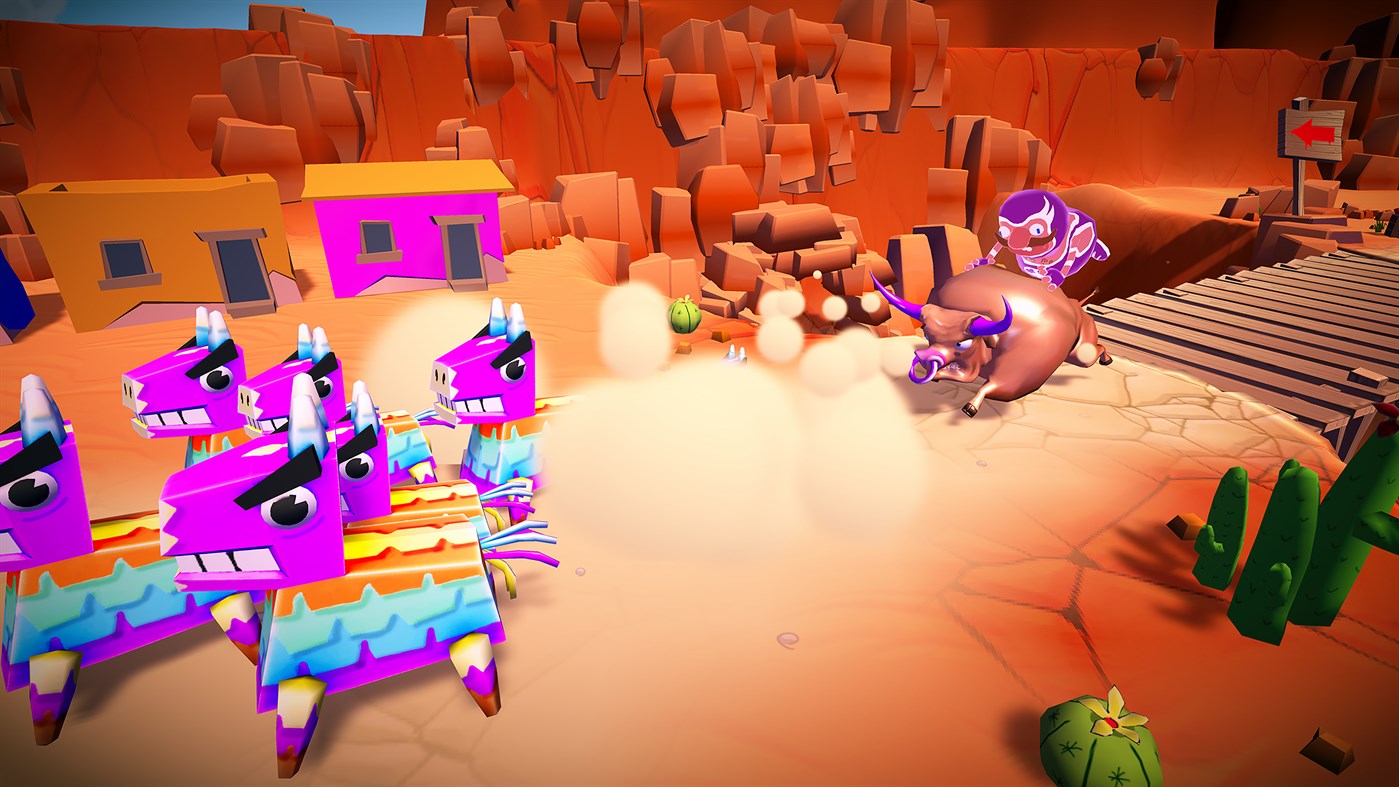 Overall, Must Dash Amigos takes Mexican multiplayer madness to a new level and creates a fun-packed experience for younger gamers and families looking to play together. The imagination behind this two-man team is fantastic and the game is fresh and unique.

However, The single-player game is limited and the two-game modes will be too simplistic for some gamers, however, it’s a party game and best enjoyed with three friends on the couch.

Must Dash Amigos is great for younger gamers and the simplistic controls mean the fun can be shared with the whole family. With dwindling local couch coop games currently on the market, it’s great to see Must Dash Amigos flying the ‘red’ flag.