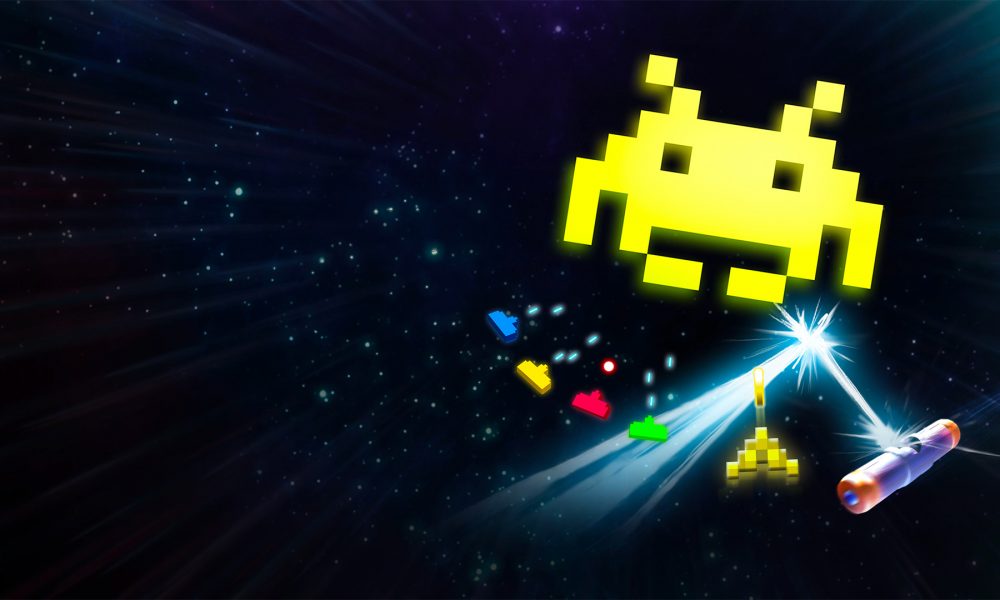 It’s hard to imagine a world without Space Invaders, but prior to 1978, the world knew nothing of the popular arcade game. Created by Japanese engineer and game designer, Nishikado Tomohiro, Space Invaders was a worldwide success in arcades across the globe and arguably paved the way for a generation of shooting games.

There is even a rumour that the game was so in-demand in Japan that it led to a coin shortage leading to the production of the 100-yen coin. By 1980, the game continued to remain a staple in gaming as the original Space Invaders had been adapted by Atari for the Atari 2600 console which kick-started the popularity of home gaming.

Almost 44 years later, there have been countless sequels, spin-offs and remastered versions of the games but this hasn’t been all that the video game series has produced. In popular culture, Space Invaders has become a household name and known across the world of music, television, iGaming and even in everyday life.

It can be argued that this simple video game has transcended its origin and can be found almost anywhere today. 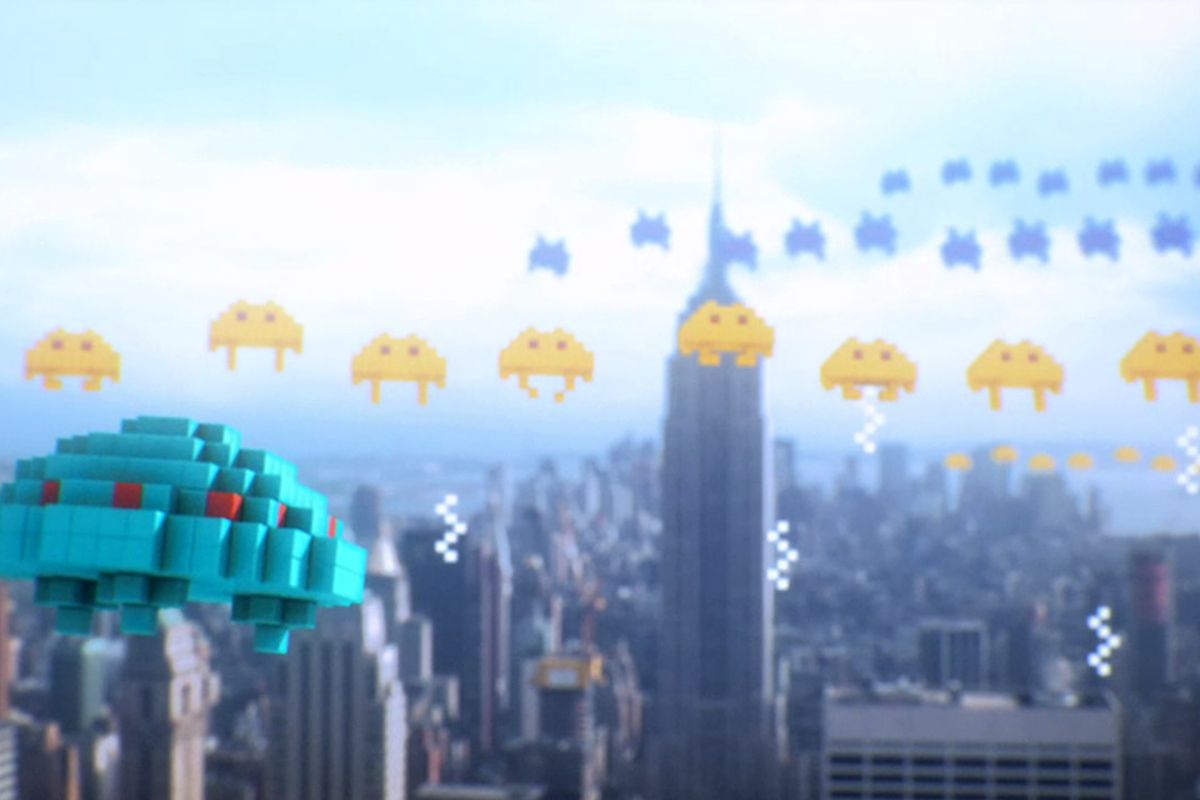 As the original video game is over 44 years old, there have been many different shows on television that have parodied or paid homage to it such as Danger Mouse, That 70s Show, Scrubs, Robot Chicken and Chuck.

In Futurama, a huge section of the episode ‘Anthology of Interest II’ is dedicated to the show in the segment Raiders of the Lost Arcade. This episode sees one of the main characters, Fry, seeing the entire world as a video game as a war breaks out between Ambassador Kong and Richard Nixon.

During the episode, the enemy attacks Earth in ways that resemble video games with Fry being the only one knowing how to defeat them. The final battle is a Space Invaders style of battle where Fry must destroy the ships before they reach him.

This is just one example of how many different shows paid tribute to the game, emphasising how much of an impact the game has made within the television industry.

Whilst the world of television has been inspired by Space Invaders, musicians have also found a valuable source of inspiration from the video game. The Japanese synthpop group, Yellow Magic Orchestra, recreated the sounds from Space Invaders in their debut album with the hit single ‘Computer Group’.

The audio in the original game has become iconic and instantly recognisable, so it’s no surprise that many artists drew from this. In honour of the 30th anniversary of the game, the publisher, Taito, produced an album called Space Invaders 2008 and featured music inspired by the game that was even used in the PSP version of Space Invaders Extreme.

Many have argued that Space Invaders was one of the first games to use music in parallel to the sound effects. This heightened the sense of urgency with the four-note loop gaining in tempo as the player progresses through the levels. It was definitely simple but effective in creating tension and giving a new kind of gameplay experience.

Ultimately, this is one of the reasons why so many musicians were inspired by the music as it affected them so deeply whilst playing the game. In return, these musicians wanted to replicate the experience they had with the game but with music instead. 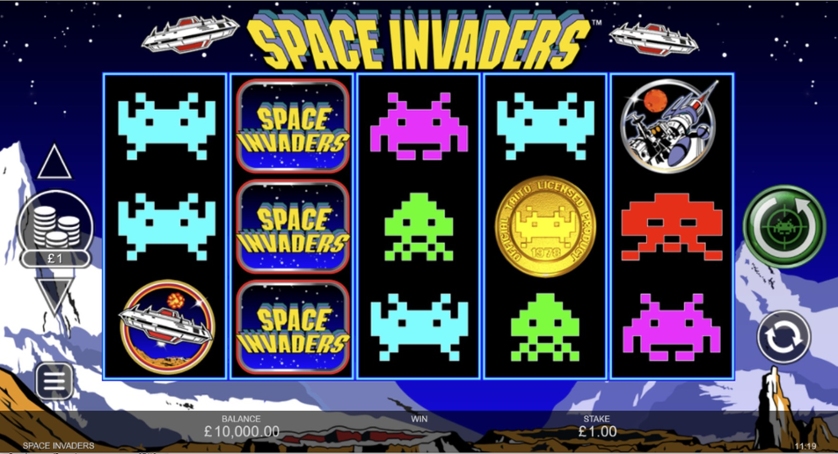 Naturally, the gameplay in Space Invaders was entertaining enough to make players return time and time again. It was one of the first titles to include enemies that returned fire and one of the first to give players multiple lives so that they could continue.

As the game was such a landmark within video games, it’s no wonder that the iGaming world took notice and yearned for an iGaming title based around Space Invaders. Throughout the years, there have been many Space Invaders knock-offs and branded titles, but none quite as successful as Inspired Gaming’s Space Invaders slot.

The developers embraced the nostalgic look of the original and successfully transferred it over to the slot. In addition to this, the audio of the slot perfectly blends the original music and sound effects to create something that fans of the video game will love.

The demand for Space Invaders was so high that the developers even created a branded roulette game. Throughout the game, as the bets are being announced, a ship flies onto the screen to blow up numbers and award wins.

Combining the iGaming world with an iconic video game makes for a unique experience that gives the nostalgia that adults desperately crave whilst making it clear that this is intended for adults only. 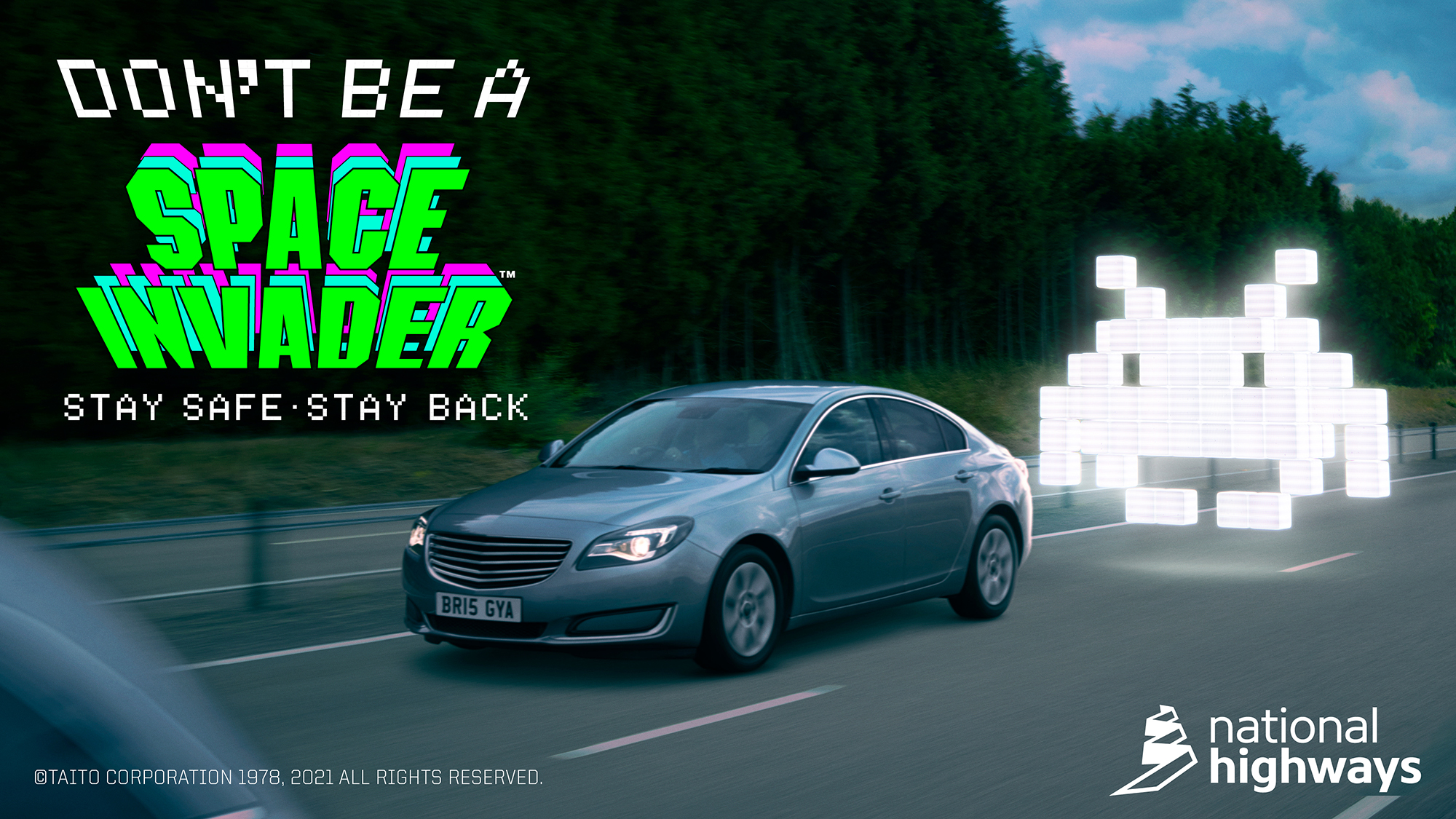 Even everyday life has been forever changed by Space Invaders as many organisations have taken inspiration from the game in designs for marketing and even infrastructure. In the mid-1990s, Puma, one of the biggest sportswear companies in the world, released a T-shirt with a logo referencing Space Invaders. At the bottom of the shirt, there was a spaceship with the famous Puma logo at the top.

Amazingly, there is also a bridge in Cáceres, Spain where the design of the pavement is inspired by the video game. Projected by engineers, Pedro Plasencia and Hadrián Arias, the design included the laser cannon, shots and several figures from the game.

The game even transcended into Government territory in the UK as it was used in a campaign for Highways England. To raise awareness of the dangers of tailgating, the organisation named the campaign, ‘Don’t be a Space Invader, Stay Safe, Stay Back’ and it was a moderate success. They even gave out free bumper car stickers to further raise awareness.

There are so many more examples, but too many to mention in just one article. Space Invaders literally took the video game industry from a simple hobby into a global industry ultimately leading to one of the golden ages of video games. The world, and pop culture in general, has been changed forever and it’s a fair assumption to expect Space Invaders to remain a cultural icon for another 44 years.