Autonauts brings together foraging, building and automation to create a game with nearly unlimited potential. Imagine a Minecraft in which you could instruct some villagers to prepare the land, plant, reap and store the crops. Then instruct other villagers to chop down trees and build you a treehouse. That is the premise of Autonauts. You play a space-traveling terraformer who can land on a variety of landscapes with one aim: to create a fully automated colony. But don’t let this description make you think it is a sci-fi game as it has the looks of a more cute farming game than an alien-busting colony builder. Autonauts is so good in so many ways, but not without its frustrations. Porting such a complex game over to the console was never going to be easy but Denki has done an amazing job. Initially, I wanted to do a full review on this game but at eight hours in, I just have to share my first impressions. 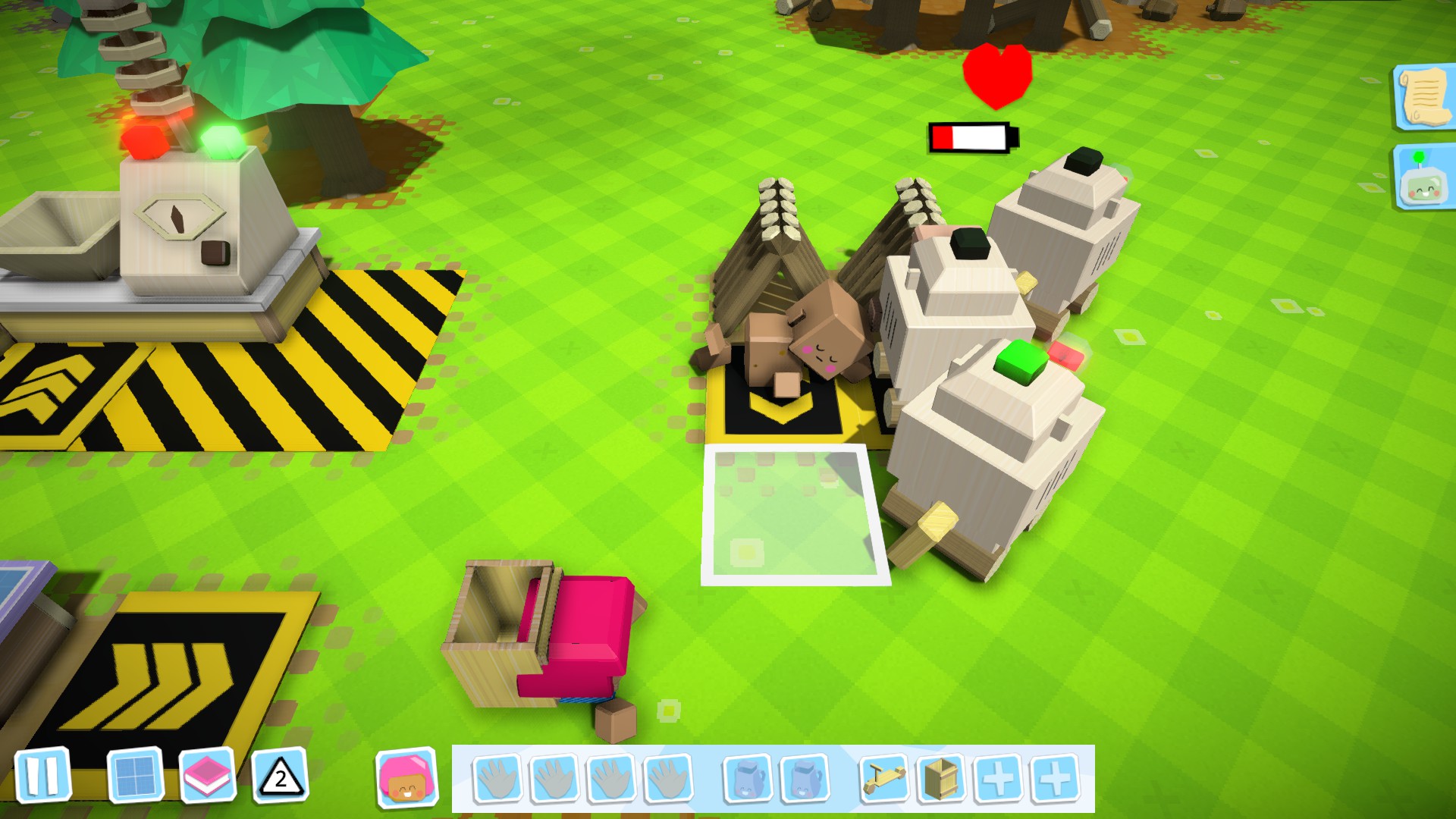 There are not many games that start with you using a stick and rock to make a rudimentary axe and end with you creating a civilization of people who are able to transcend the physical realm. But somehow, that is exactly what you do in Autonauts. The story is simple, you land on an earth-like planet and through the various tutorials, you start to forage and build. However, the first thing you build is a robot to help with the many tasks. The more tasks, the more robots you need. Before you know it you have created armies of bots that are planting trees, chopping trees, creating boards, poles, wheels, cogs and so much more. Once you have the building mastered, it’s time to create some people, but these people need food, services and so much more. The scope of the game is massive but without being too off-putting.

Coding is at the heart of Autonauts, as each robot needs a set of instructions from which to follow. Each time you build a robot you give it a name and a purpose. Through the use of a code block, similar to that of Scratch; a coding engine used by children at school. You simply act out what you want the robot to do to build up the program. Once completed, you wrap the instruction in a forever loop and off they go working their little circuits off. 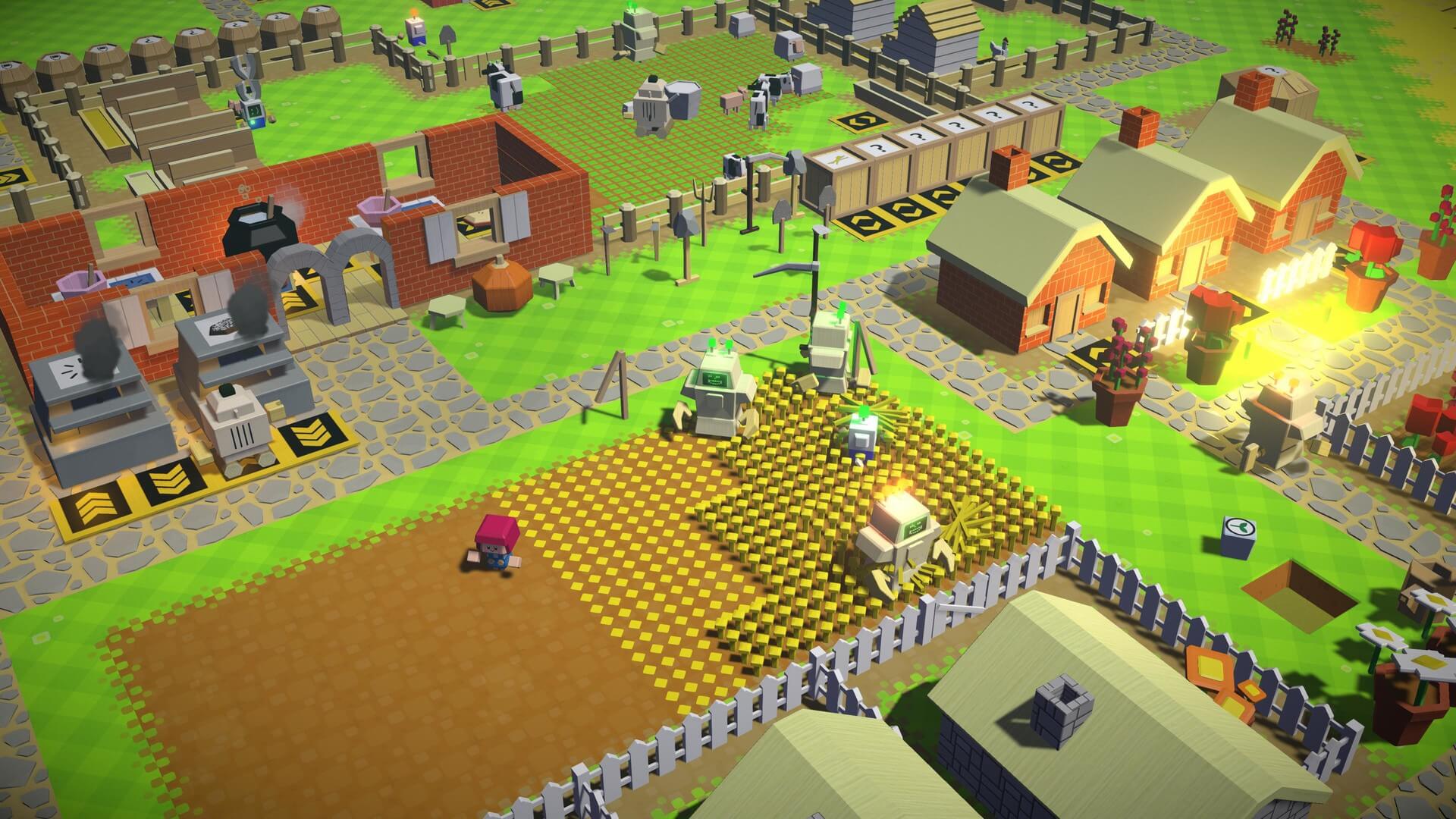 As your knowledge increases, further blueprints are unlocked, starting with simple storage units, wheels, and cogs. This then builds up to include vehicles, buildings, and later factories. The more your colony demands, the more resources you need to find until you have spread yourself across the map with industrial areas, farming services, food production, and R&D.

Whilst I am totally besotted with Autonauts, it’s not without its niggles. The first area of frustration is the longevity of the tools. Digging, chopping, and banging all take their toll on the tools and you may find yourself running around replacing tools until you figure out the code for ‘when hands are empty’. This can distract you from the task at hand and you find yourself juggling the needs of multiple robots. The second frustration that is dealt with by level three is the limited memory space of the first generation of robots. The initial robots can handle about one task. Go to an area, do a task, repeat. If you want them to perform a task, pick up an item and then add it to a storage unit, then repeat, it becomes too much for their first-gen brains. Thankfully, this is remedied in later levels but make frustrates new players (especially those with coding experience). 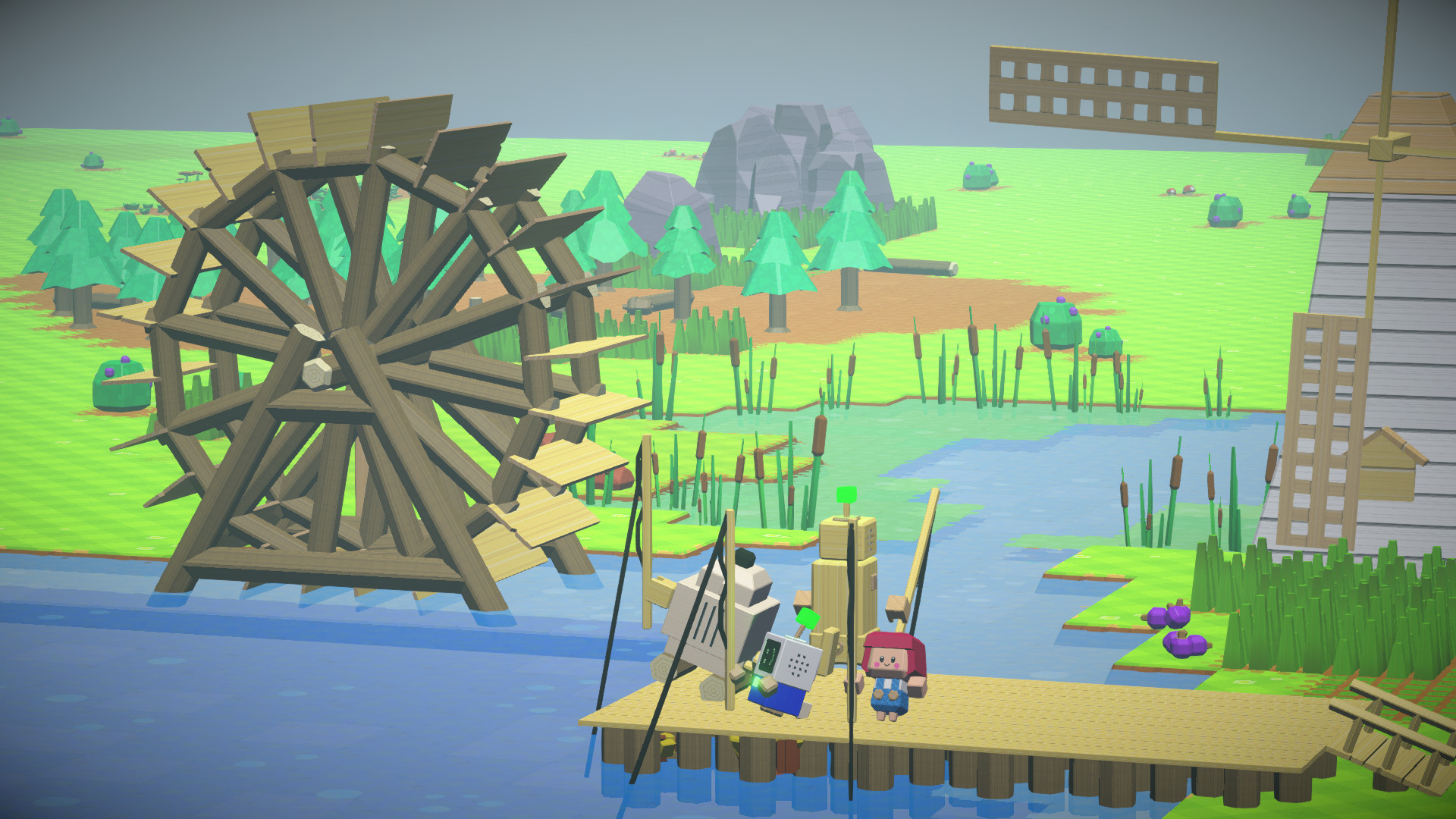 The graphics are very cute and simple and use some eye-bleeding colours to create a friendly world of voxel-style characters. Players can tweak the look of their character with a selection of hats and outfits. The ambient music is pleasant and forgettable (thankfully as you will hear it a lot) and the array of blips and boops work well with the child-like UI elements. However, the UI can be cumbersome as it needs to handle three different menus. The right menu is your tasks, the bottom menu is your character and the left menu is your blueprints. Moving between them can be clunky sometimes and you will find yourself adding ‘move to’ code in your robots when you accidentally click on the code area.

Overall, Autonauts is a triumph. It brings together fun and education and gives players a rich experience of world-building from stone-age tools, through steam-powered trains, and finally human transcendence. It uses a Mincraft-style game to introduce players to coding in an accessible way. Due to its massive scope, it is not without its frustrations. There is a lot to learn, growth can sometimes be slow and the UI can be difficult to use with a controller. But for those with patience and foresight to see the end goal, it is fantastic. For those who can’t wait, the extensive creative mode has everything unlocked from the start and players build train sets, go fishing, or tend to their farm. Autonauts is creative, and fun and offers players endless opportunities. 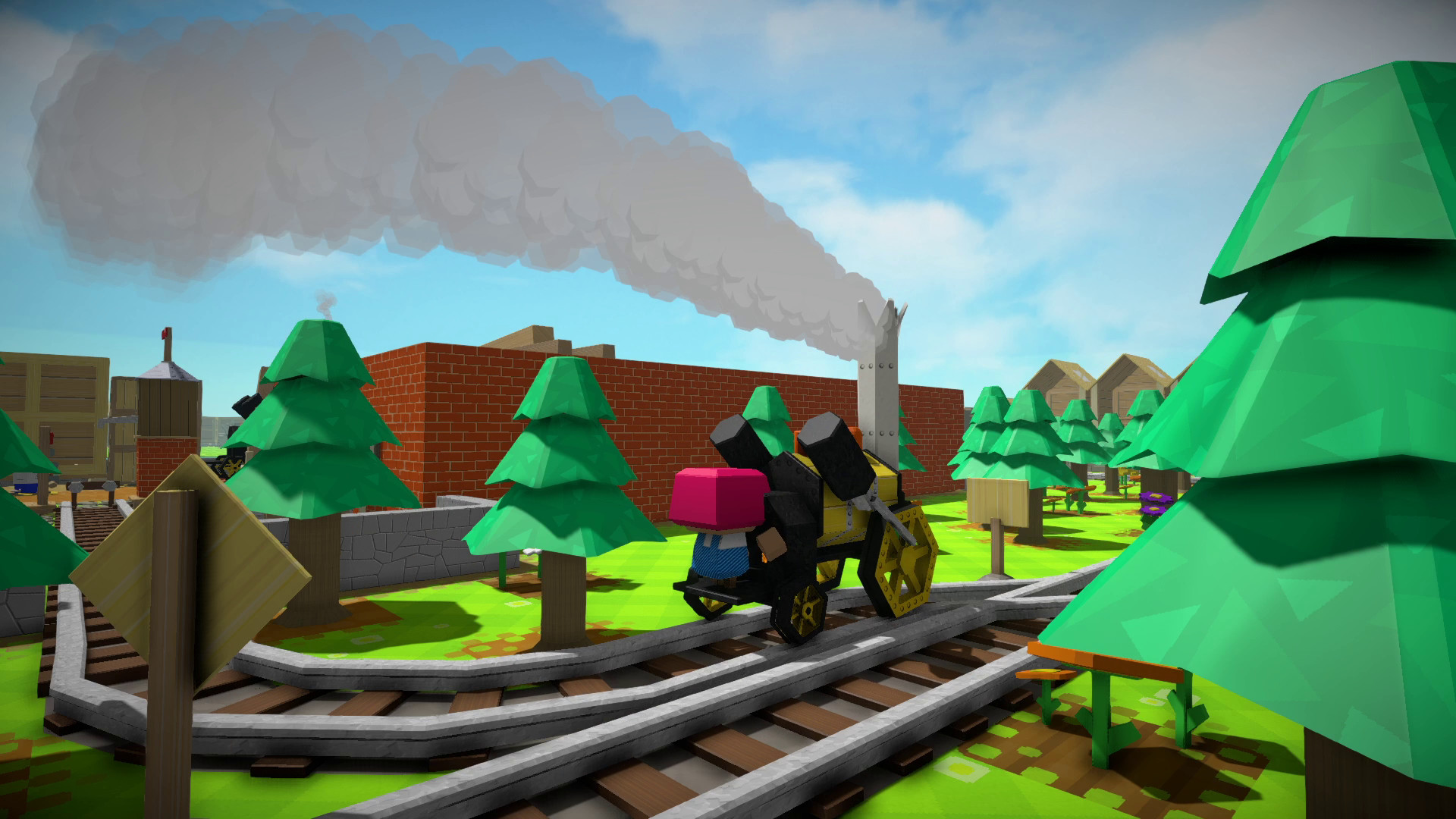