Superola is a game about a heroic llama who saves the day when an army of evil space hot dogs invade the planet and steal all the burgers. Superola must jump, fly, swim, and use his burger-powered Lazer puke to defeat the myriad frogs, moles, monkeys, birds, and dinosaurs that stand in his way.

No, I’ve not been hit in the head by something heavy, this truly is what Superola is all about. But is Superola al-paca crazy ideas that don’t work or is it a llama drama worth playing? Here’s my review of Superola on Xbox. 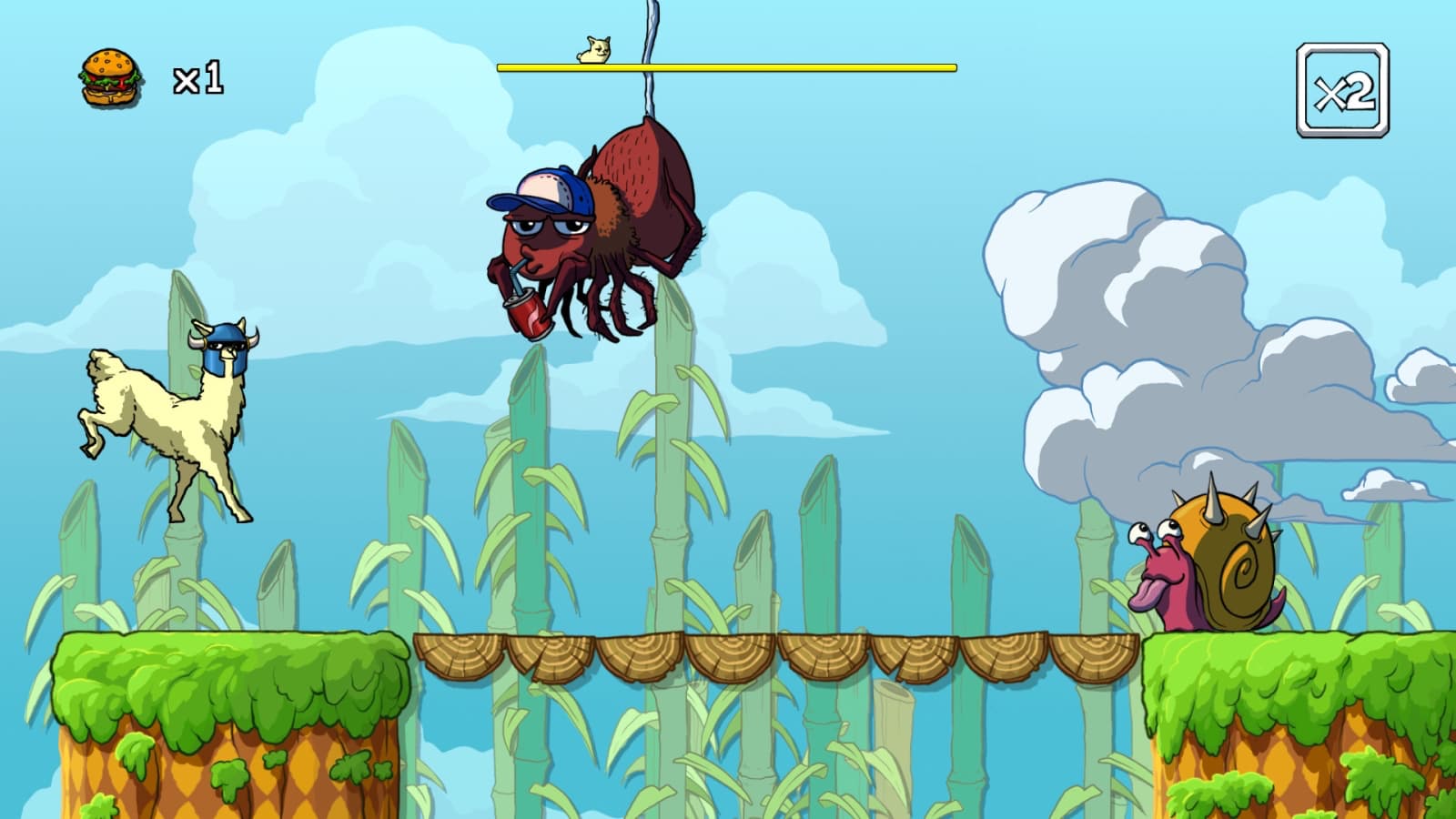 First things first… I had to use a wired controller to play as my wireless didn’t work and it seemed to be a game issue rather than a hardware issue. Looking at the comments, I wasn’t alone.

Superola Championship Edition feels like a game in which two Fiverr game developers were asked to make a llama game for $500 and then the buyer added more features to the one they liked the most. There are literally two games here, an endless runner with illustrated cartoon graphics and a pixel art puzzle platformer called Alpaca’s Redemption both staring the white llama.

The main game’s story is completely bonkers and you can see subtle nods to various video games throughout. “All your burgers belong to us”, and  “it’s dangerous to go alone, take this” are just two of the written throwbacks, but you will also beat up a car like in Street Fighter, jump over monkeys that look very similar to Toki, and skateboard in a very Wonderboy way. The creator obviously loved retro games of the 90s and crowbarred many references to give it an old-school feel. 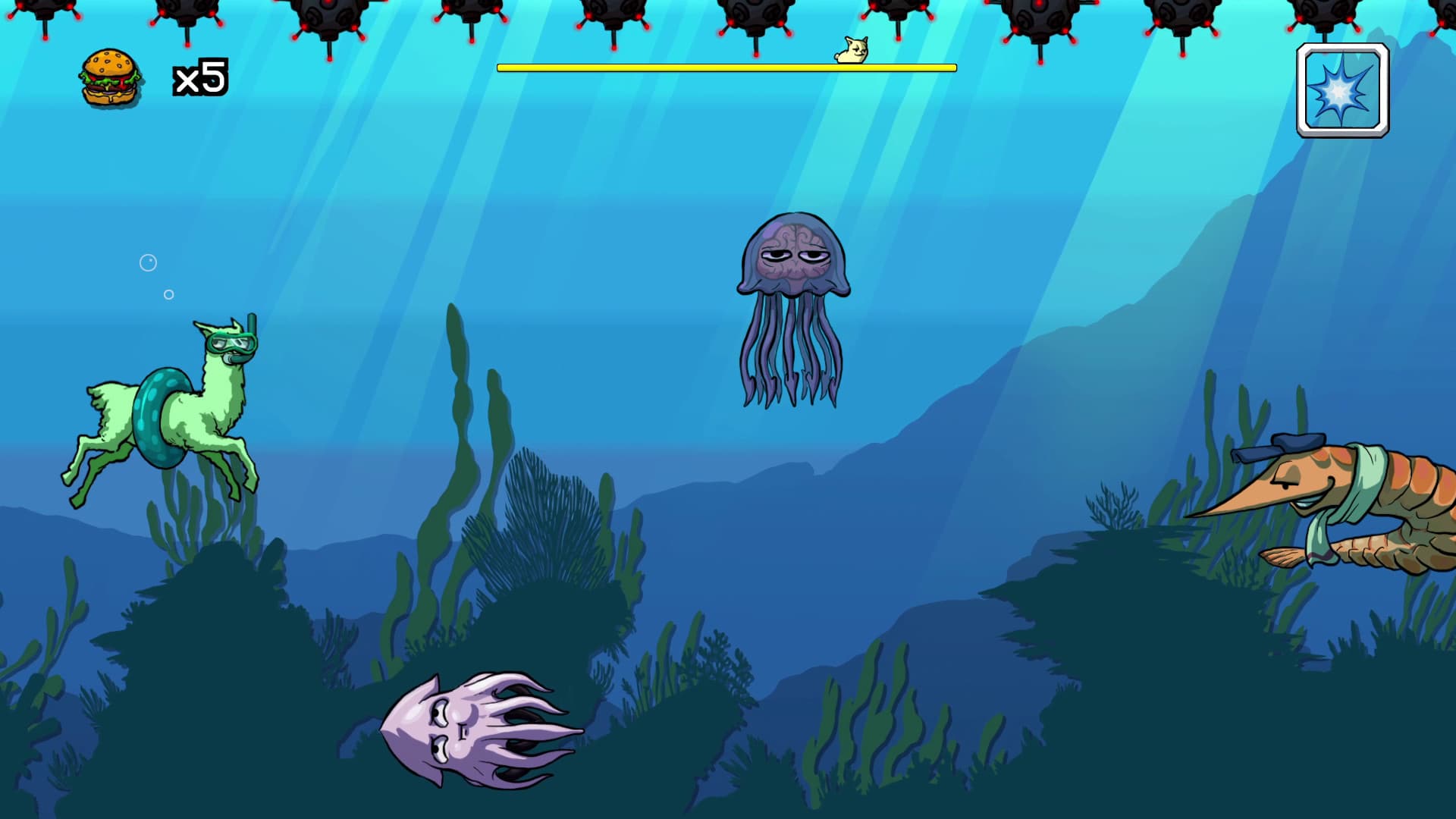 As you work your way from point to point on the Mario World-style map the difficulty ramps up sharply and after a few easy levels you may find yourself trying levels over 100 times in order to complete it. I know this as the game tells you each time to start. The game gets very difficult, very quickly, and having only one hit means any mistake is punished with immediate death. Power-ups such as double jumps and double hits are useful but are earned way to sporadically to be useful. And if you activate the double jump and die on the second obstacle, it’s spent and gone.

Superola is SO frustrating and yet has an addictive quality that keeps you playing 10… 100 more times. Players need to learn the level, know the pressure difference between a quick jump and a high jump and eventually reach the checkered platform and be rewarded with wings or a poo.

The graphics have a cheap quality to them with animations being limited to a few frames but the whole game can also be played in a retro pixel style for those looking for a trip down memory lane. 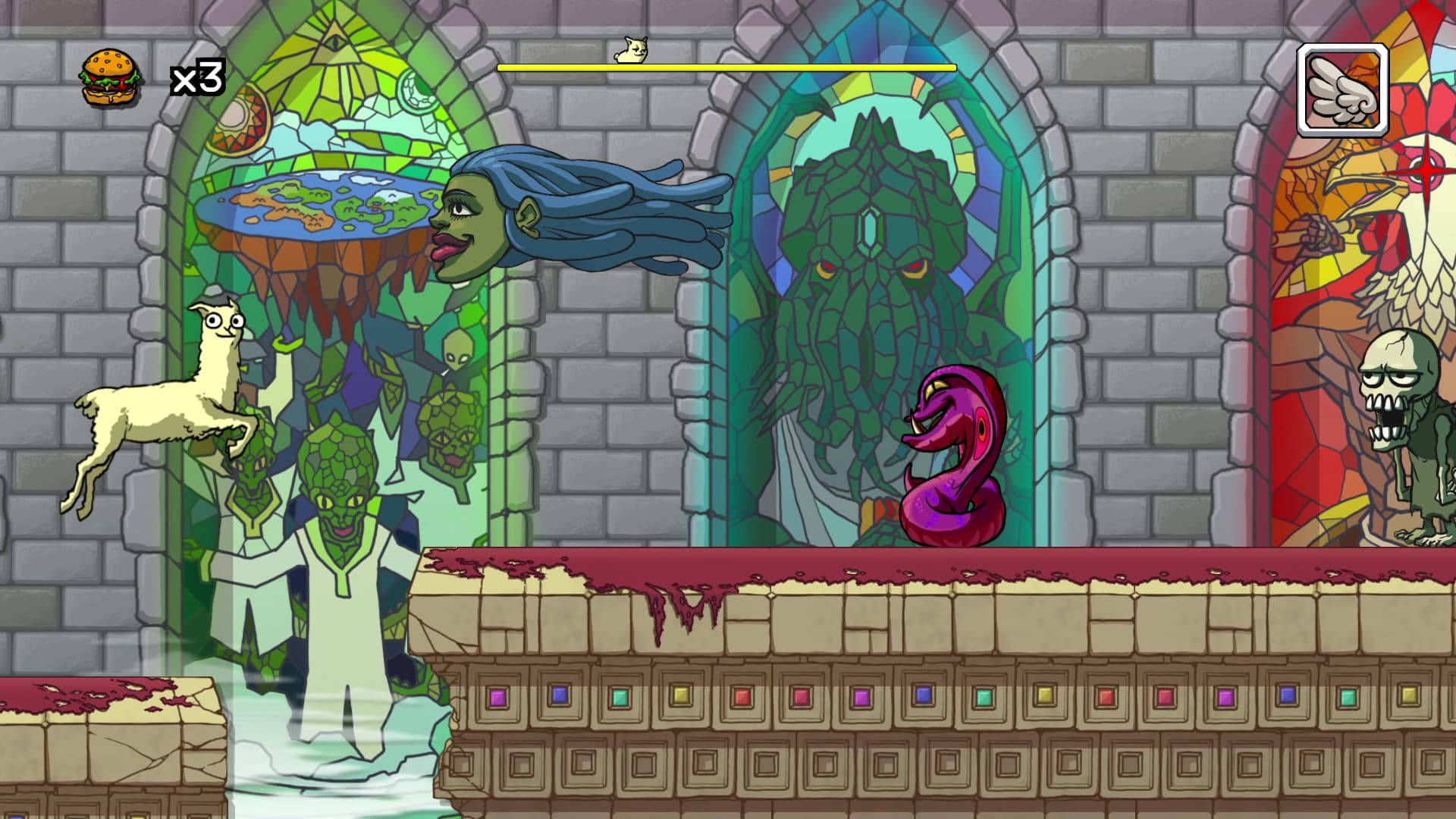 Other game modes include an endless mode and a versus game that see multiple players riding in Minecraft carts and jumping Obstacles for as long as possible.

The Championship Edition does look better than the original game from 4+ years ago, but the frustrating difficulty curve, and the fact that sometimes you don’t jump when pressing a button or enemies not dying when in the line of your Lazer puke adds to the overall stress. I love the madness of the story, and all the nods to retro games but Superola needs some work to tighten up the controls on Xbox and create a difficulty curve that will mean levels don’t take over 100 attempts to complete. At $5 or £4 full price, you get what you paid for, short-lived fun with some nostalgic gaming references to smile at.