To use the action movie cliche, what a rush! Doesn’t do Severed Steel justice. It’s like Doom, Max Payne, and Super Hot all got together, and watched a John Woo movie marathon drinking red bull. The result is a high-octane bullet fest with slides, flips, reversals, and slow motion. The only thing missing were doves randomly flying about.

But is all this speed and action flipping fantastic or is it all action and no talk? Here’s my review of Severed Steel on Xbox. 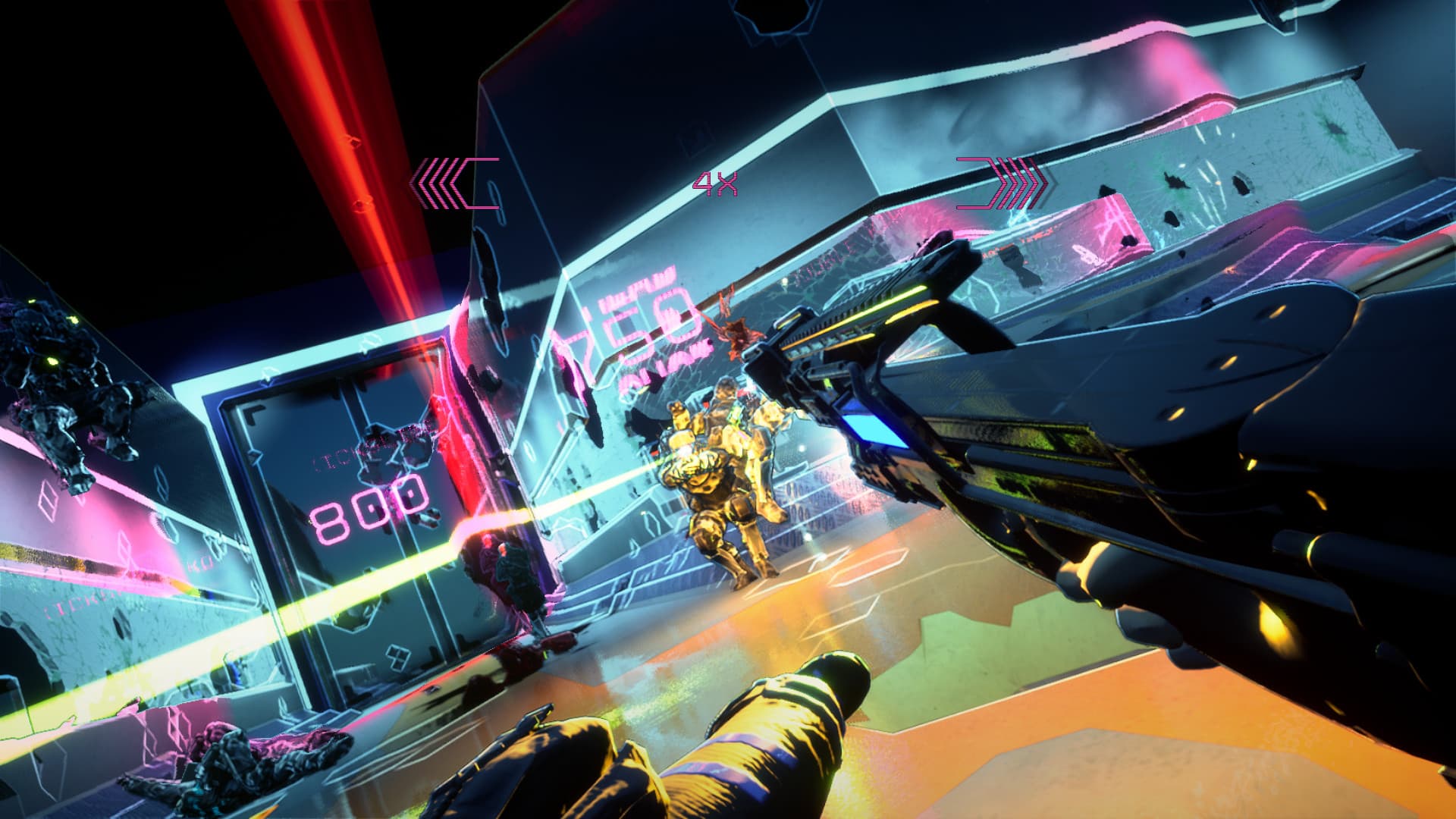 Severed Steel follows the story of a woman called Steel who lost her arm in a work-related accident and she has since been ‘retired’. Instead of suing the evil corporation, she decides to go on an acrobatic rampage to destroy the company and any security professionals standing in her way. It’s as if John Wick had young Yoda’s gymnastic ability. You can slide, dive and wall jump your way around levels while killing dozens of enemies in real-time or slow-mo. Kills re-fill your bullet-time meter and your health, so as long as you keep a healthy body count you’re essentially invincible.

The levels are a mix of cold corporate offices, warehouses, and industrial units. Textures are flat and simple but all have a neon hue. The simplistic style means you can concentrate more on the action than on the realism. As you walk ride down a corridor, you won’t care if the offices have names or if there are branded coffee mugs on the long meeting tables. The simple shapes mean you slide under it, jump over it, run along it, or smash through it. At the beginning of each level, you are told the level objective in big bold text similar to super hot. Whether you are destroying samples or killing everyone, you don’t really care as bouncing around the levels is just fun. 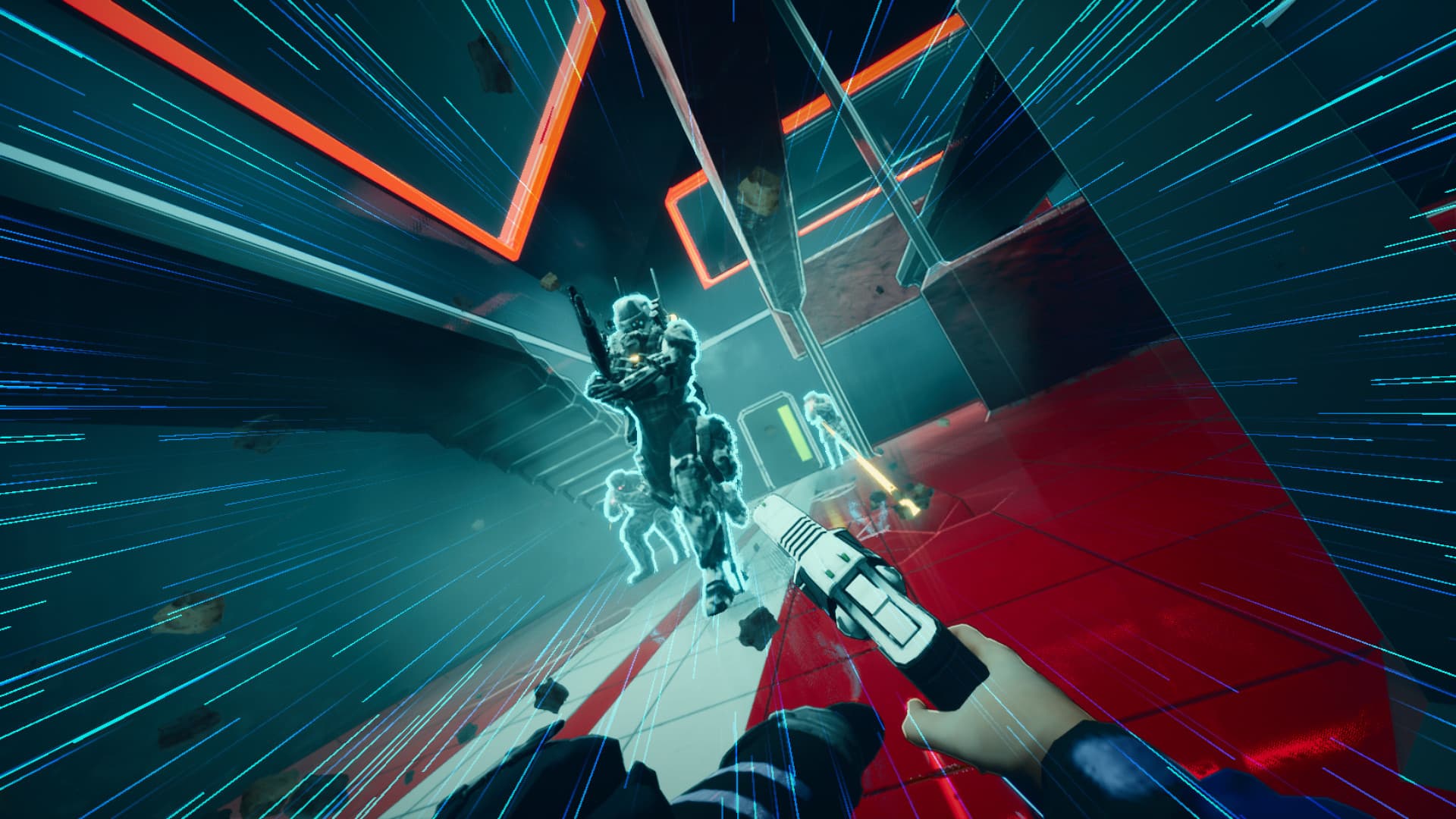 The combat is pretty forgiving with acute accuracy not always needed, but you are rewarded if you get that coveted headshot. The weapons feel different enough for the seconds you hold them and there is a variety of weapon types to try out. There are no reloads which is jarring at first, instead, you throw your empty weapon to stun nearby enemies long enough to steal theirs. Early in the same you also get a Metroid-style arm blaster that easily puts holes in walls (as well as enemies) allowing you to traverse the levels differently as you can go through both floors and walls. But even with a shiny new arm cannon if you drop to the floor, slow down for a breather or find yourself stuck in a corner death comes swift… thankfully so does the restart screen.

Music is a heady mix of trance and electronic which suits both the frenetic speed and the slow-motion moments. Explosions and shooting feel meaty but it’s the voice acting that lets it down. Repetitive swearing and phrases from the enemy could have been better and you soon tune them out.

As for the other negatives, I did experience Some performance issues on my Xbox Series X, but only a couple of times, Xbox One may have more. Also, it would be great to see a more fleshed-out story and character development, as the comic-style panels and limited dialogue make it feel a little empty in the narrative department. 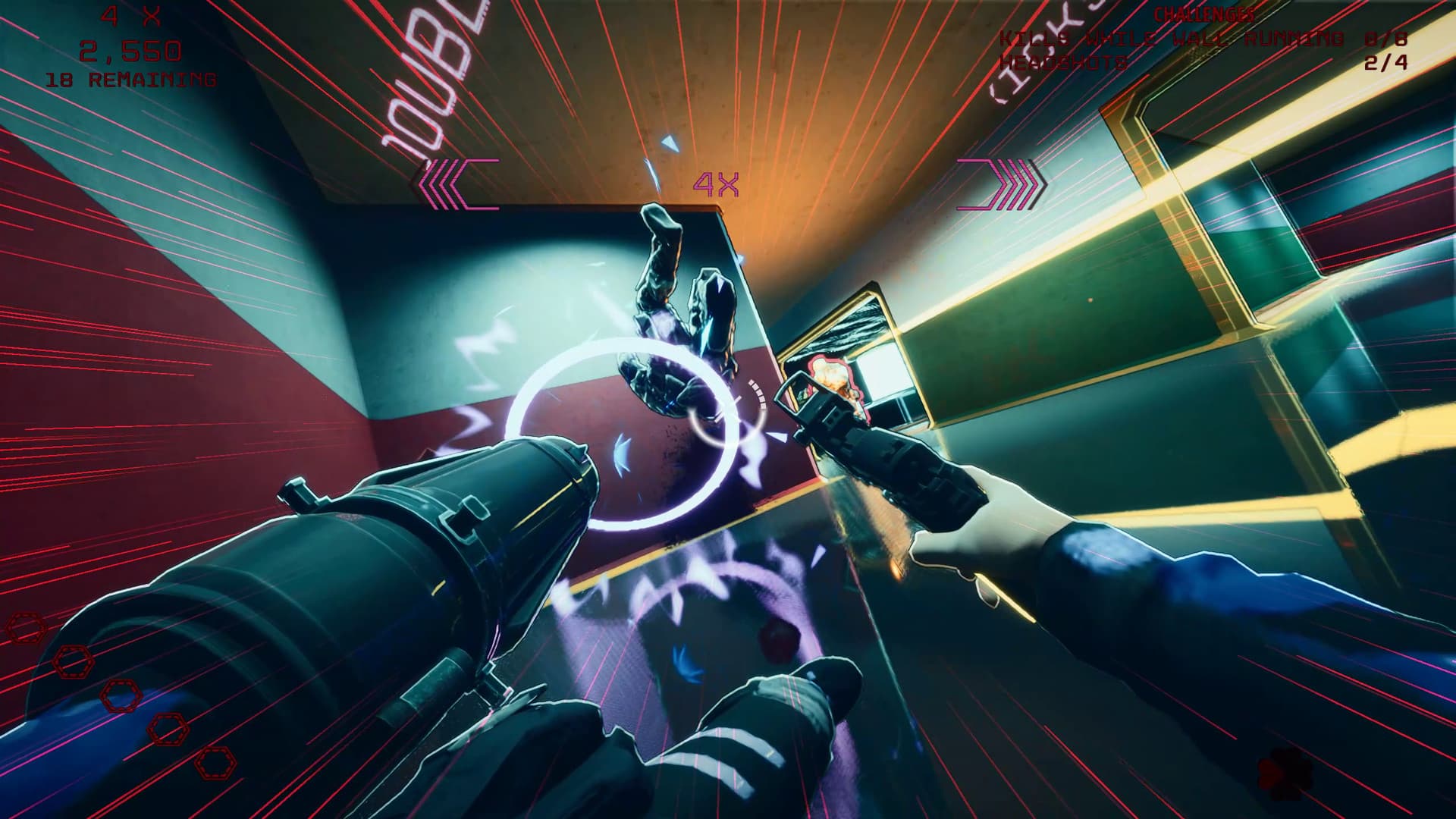 Severed Steel features a campaign mode, a game+ mode, and a firefight mode. Firefight mode is a challenge mode where you can play levels from the campaign. It also has a level-up system and plenty of unlocks to encourage you to spend time in it.

Overall, Severed Steel is an absolute banger. If you’re into FPS games heavy on bullet time, this has to be played. The mechanic makes the game and may set a new benchmark for action shooters. The neon-soaked graphics are simplistic but work and the pumping soundtrack keeps your heart thumping. Some slow-down issues and a paper-thin story are disappointing. Whilst the lack of any decent voice acting is a missed opportunity, the action movies that this game feels like could benefit from some epic one-liners. In short, play this game and feel like an absolute badass! 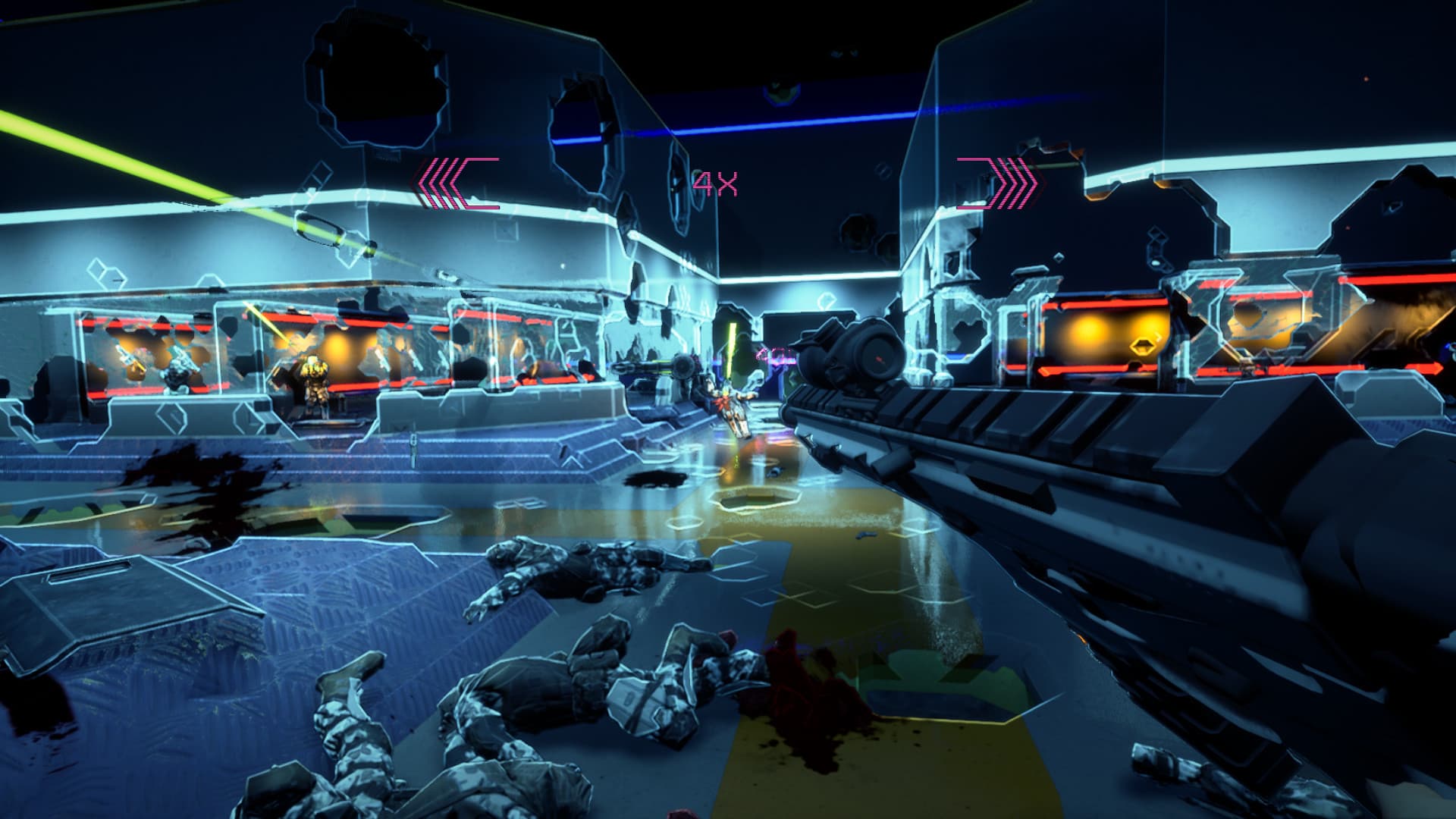