Brawlout is a smash-style fighting game developed and published by Angry Mob Games. Blending platform fighter mechanics and traditional fighting gameplay, Brawlout is a stylish battle royale for up to four players. I’ve had it for years and play it regularly so it was amazing to find that I had not reviewed it yet.

But is this party fighting game a smash hit or crushing defeat, here’s my review of Brawlout on Xbox. 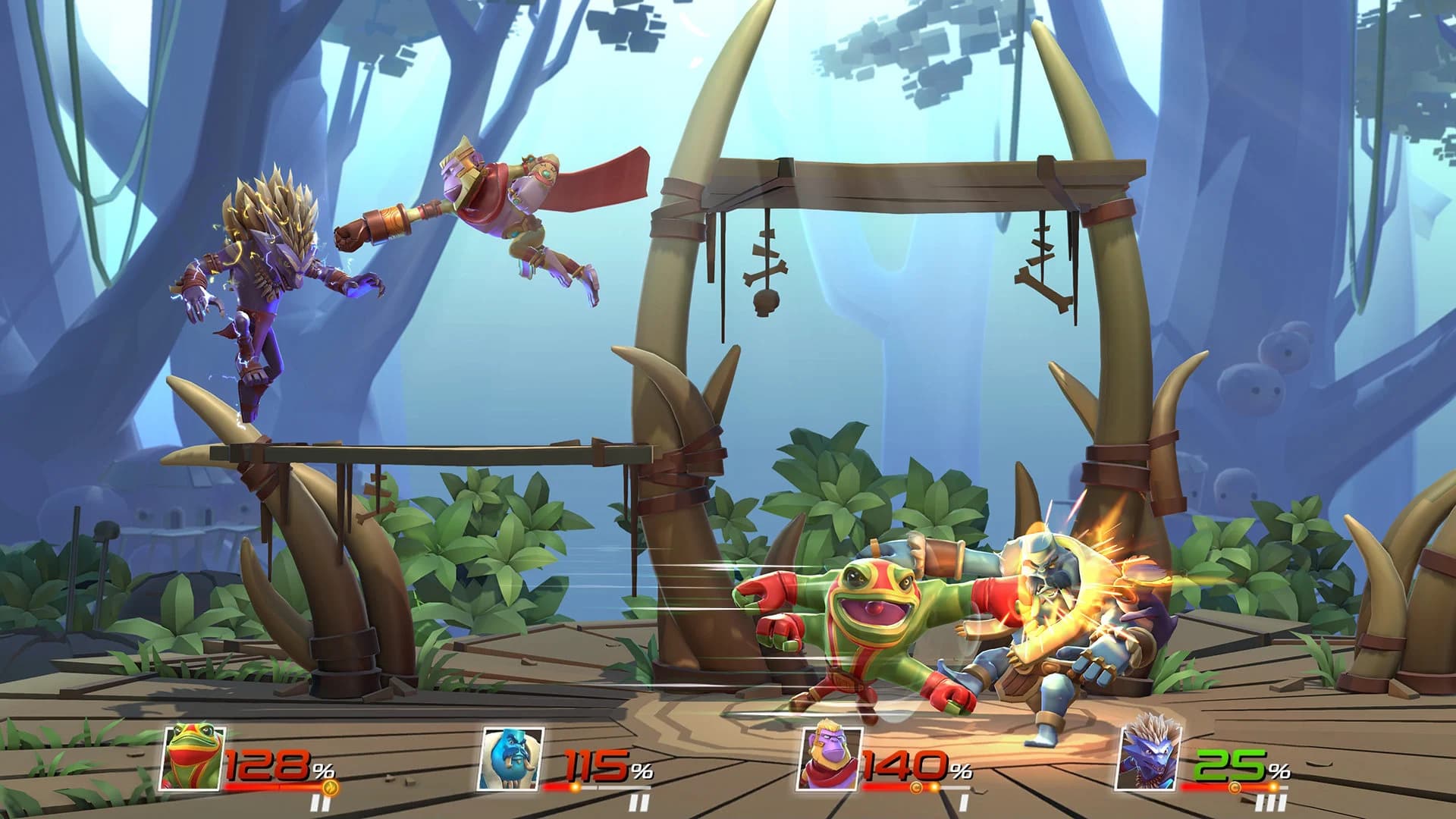 Brawlout had always hoped to cater to the veteran platform fighters, the casual fans, and the newcomer looking to make their mark. Over the years the following has grown and there are now tournaments, leagues, and professional teams.

Each character in Brawlout has its own unique playstyle, catering to specific character archetypes seen in other fighters. Whether you’re a die-hard grappler or a rush-down fiend, there is a fighter for you in Brawlout. There are currently six original characters that can be personalised. More recently, Brawlout has embraced its indie status and added four popular indie characters that include: 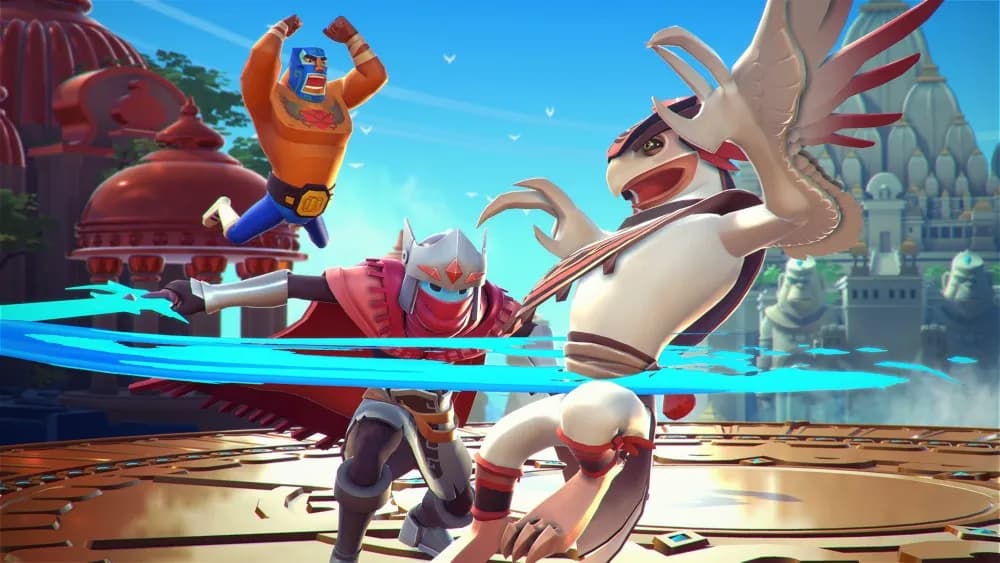 As well as cosmetic skins, each original Brawlout character has three Variants; alternative versions of the character with different stats, outfits, and even new moves. With these Variants, Brawlout’s cast numbers 25 individual fighters. Finding the right fighter (and Variant) that’s right for you can take some time but the patient player will eventually meet their match.

As for modes, Brawlout has all you’d expect from a normal platform fighter and then some. Up to four players can compete in either Timed, Stock, Team Battles, FFA, or Party Modes. 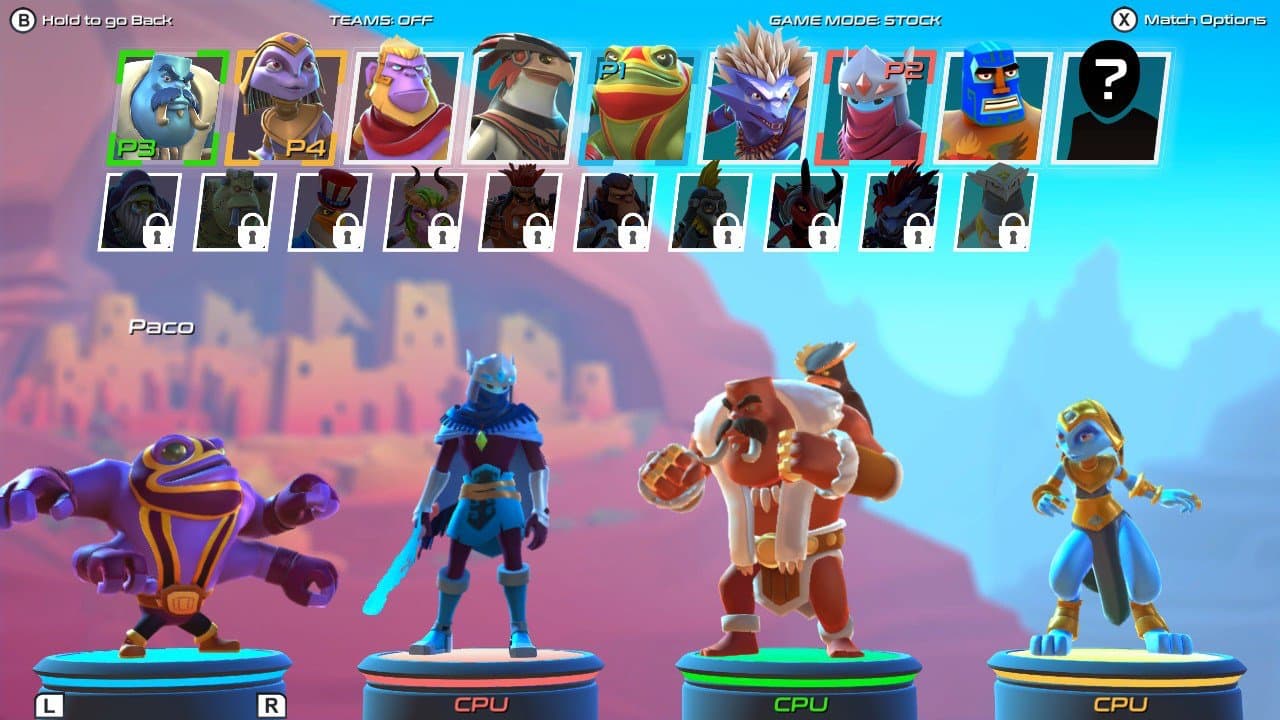 AI opponents are also available if you want to practice your team combos with a friend, or if you need to fill out a free-for-all. Players can train using various tutorials or jump into the challenging Arcade Towers and the new Trials mode.

Overall Brawlout is a gorgeous and colorful experience with fast paces and frantic battles. The game is best in a local multiplayer setting with real-life friends but online play is equally enjoyable. Brawlout is not quite Smash, but it certainly scratches that itch if you are on every other console except Nintendo. With its cult following, additional characters, and unique play style it is going from strength to strength. 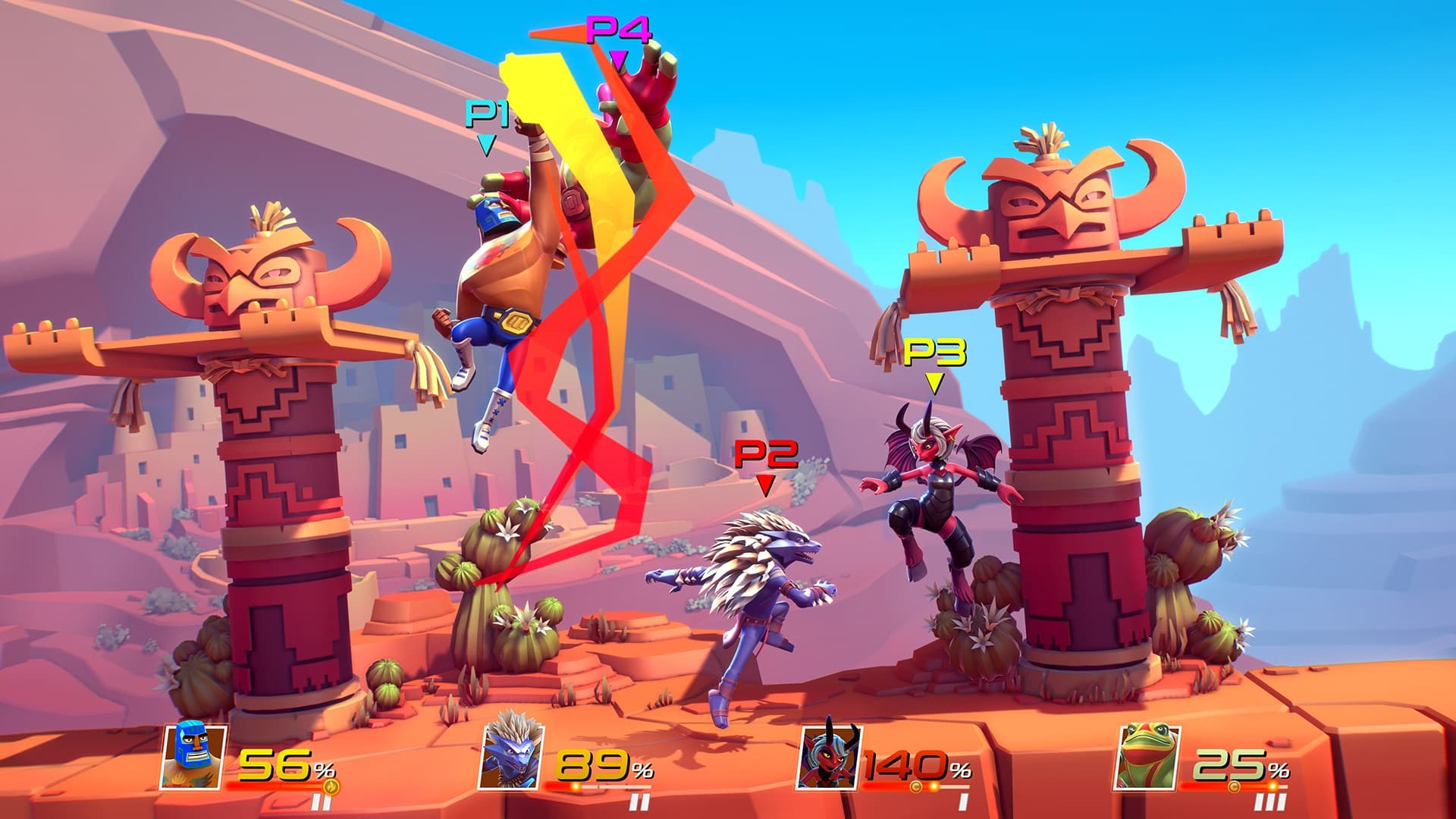