The Entropy Centre is a puzzle game inspired by the likes of Half-Life and Portal. The player wakes up in a crumbling science complex with no memory of how they got there. After finding a cute and friendly puzzle gun they must pick up blocks and rewind time in order to make their way through the centre and attempt to save the Earth from annihilation. Developed by Stubby Games and published by Playstack, The Entropy Centre is an unashamed salute to the classics, but does it meet the high standards of its inspiration? 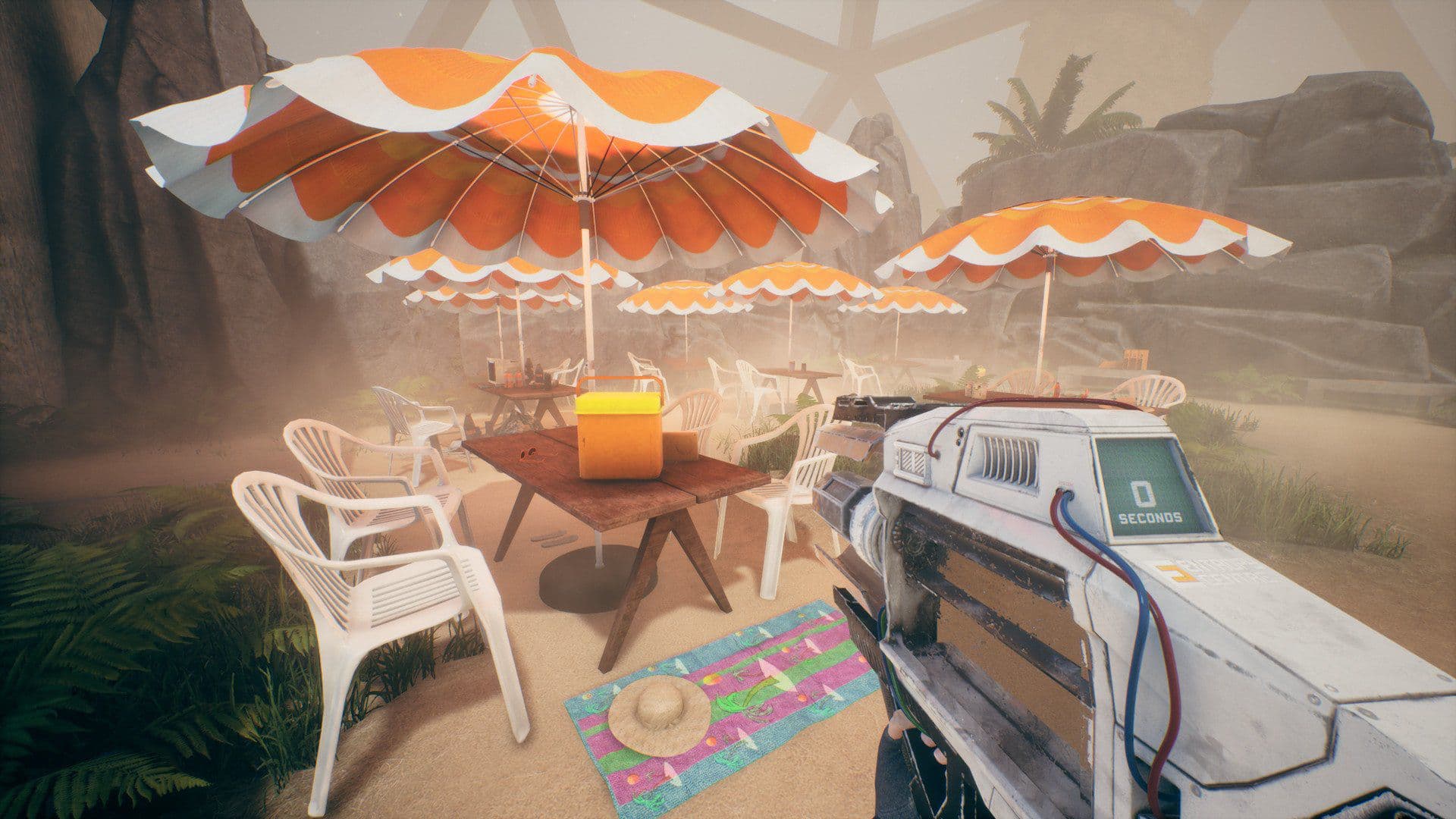 At first glance, you’d be forgiven to think this game is tied to the Half-Life universe. The graphics and light effects are fantastic as you wander the destroyed corridors and collapsing bridges. Whilst the game is very linear in its direction, you do get the feeling that the Centre is absolutely huge. Armed with the plucky AI gun called Astra, you weave your way through various puzzle rooms rewinding time and moving objects. The voice acting is superb with Chloe Taylor doing a wonderful performance for Aria, the amnesiac puzzle officer and Casey Miracle’s portrayal of the cute and friendly Entropy device is heartwarming. During the first half of the game, the puzzles are relatively simple only taking a few minutes to solve and once you have reversed the solution in your mind, it’s simply a matter of going through the motions. In between puzzles, you work your way through the centre reversing time to stop the building from falling apart, as well as using the falling ruble to access new areas. 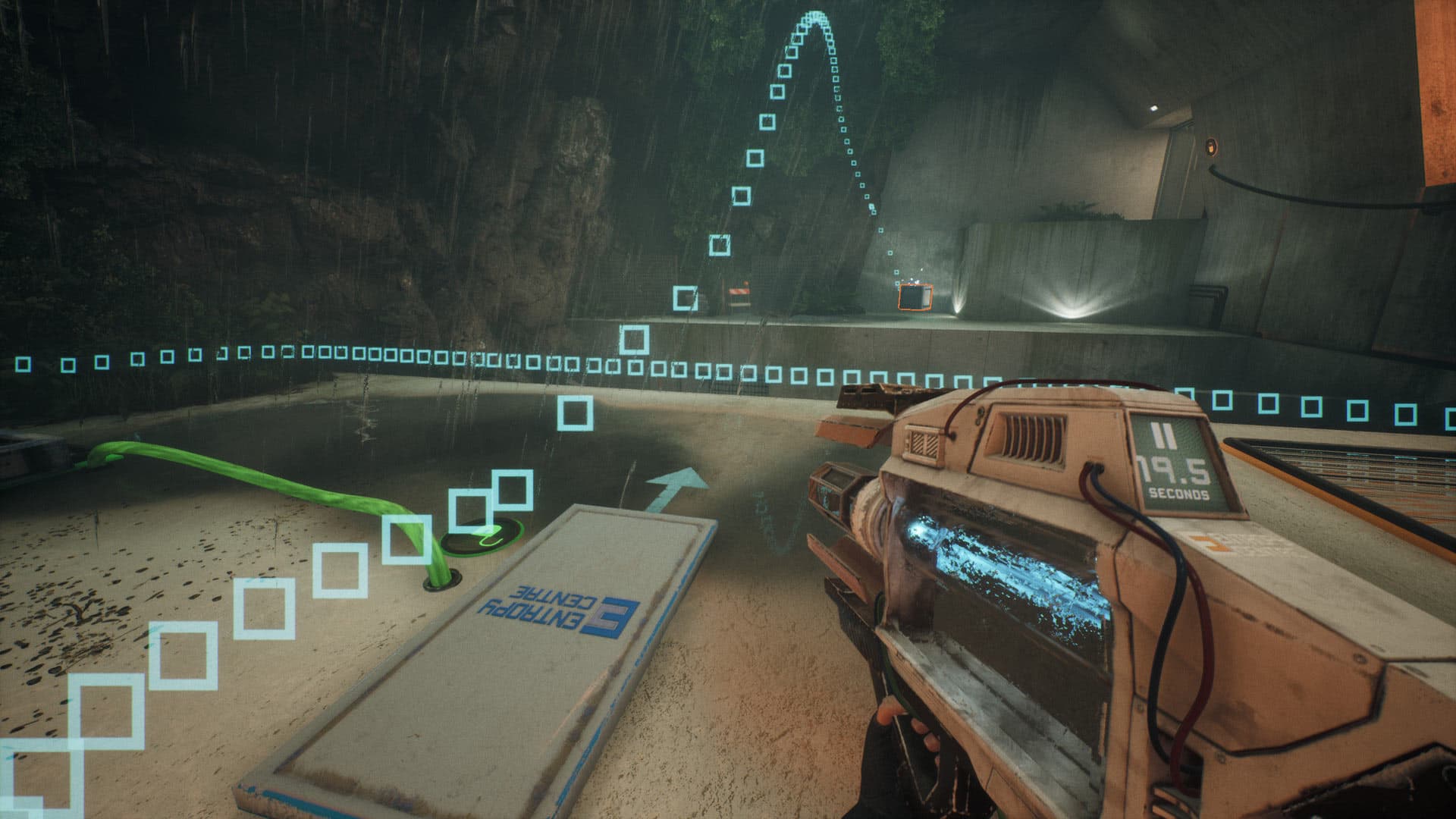 A Game of Two Halves

The latter part of the game ramps up the difficulty with transformation fields that change the nature of the blocks and much bigger puzzles with many more steps to complete. This is where the game comes into its own and the 10-hour play time is enough to keep you interested without overstaying its welcome. I would have liked to see more elements being manipulated by the time gun, but understand how difficult it is to use time as a game mechanic. The story is slow to start, but during the second half, it comes to a satisfying conclusion and deals well be causality and time manipulation. 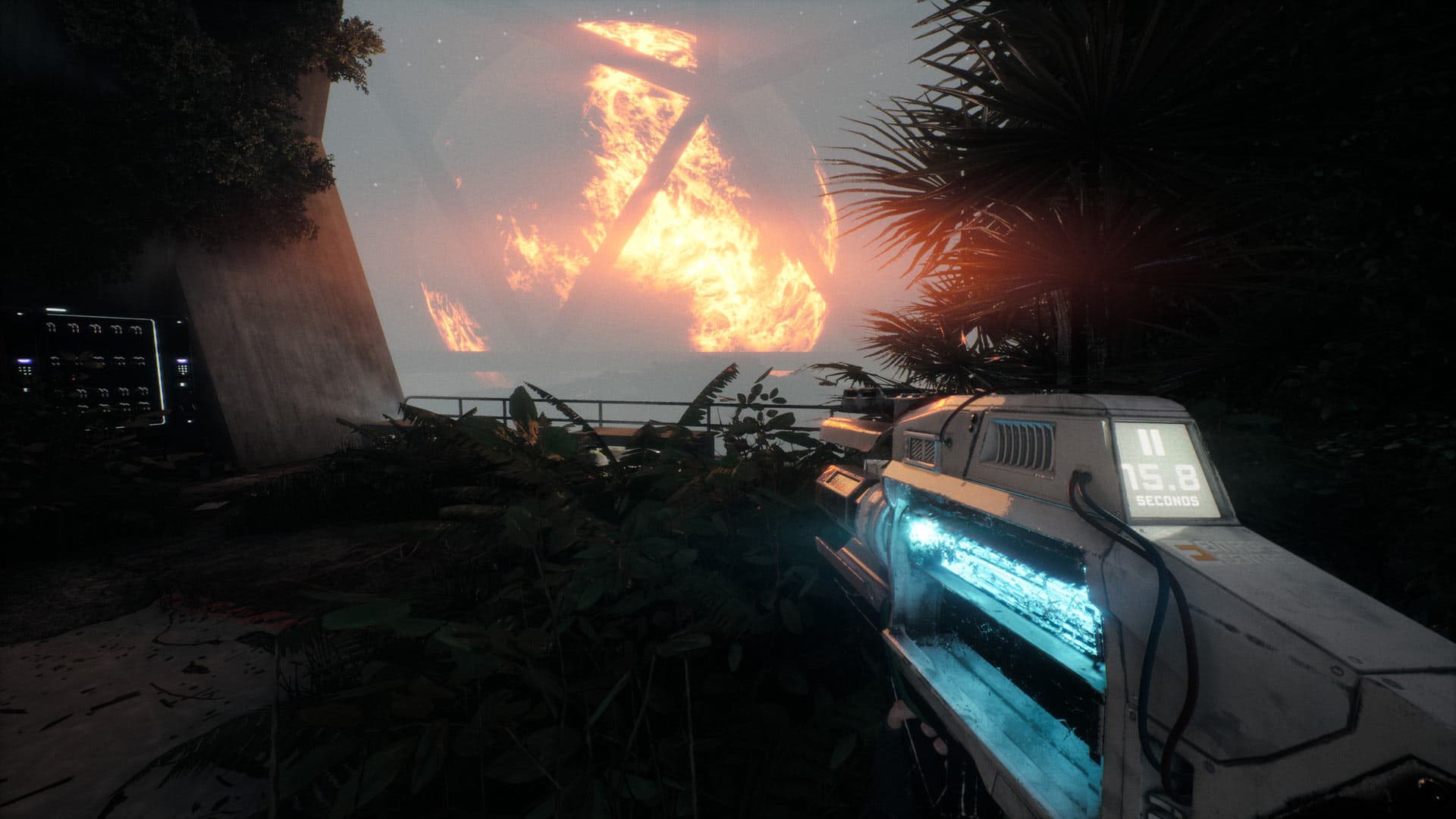 Thanks for Portal 3: Time Portal

Overall, The Entropy Centre is a fun see-saw of a puzzle game that starts easy but gets much more difficult later on. The graphics look great and the voice acting gives the two main characters life and personality. The story becomes more interesting later in the game so patience will be needed to reach its conclusion. Once completed, there is little to go back for and I would have liked to see a level editor to create my own puzzles. The team behind The Entropy Centre has done a fantastic job creating something that would not be out of place in Valve’s universe. Well done! 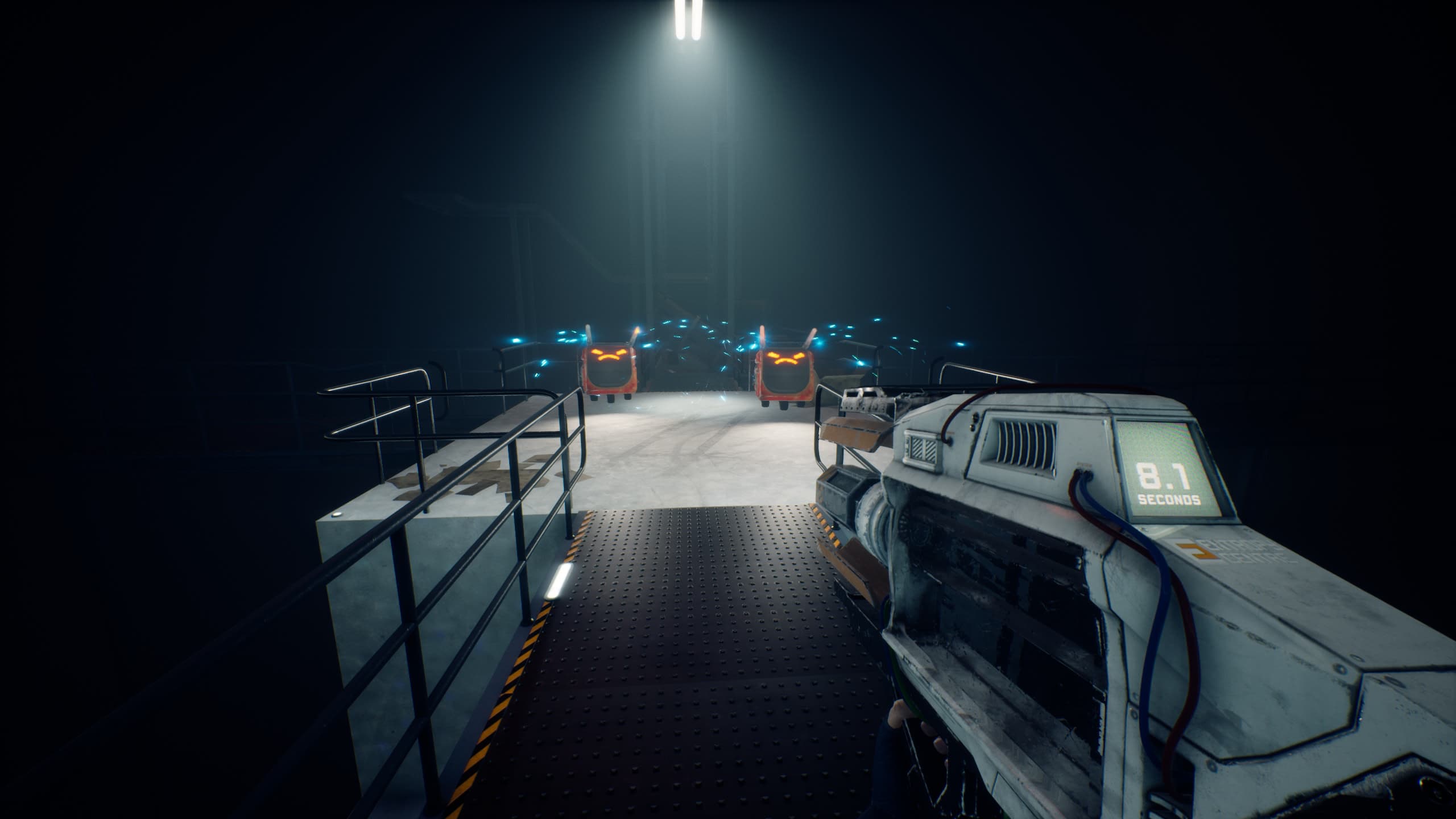