Gaming For Toddlers | The Good, The Bad and the Useful 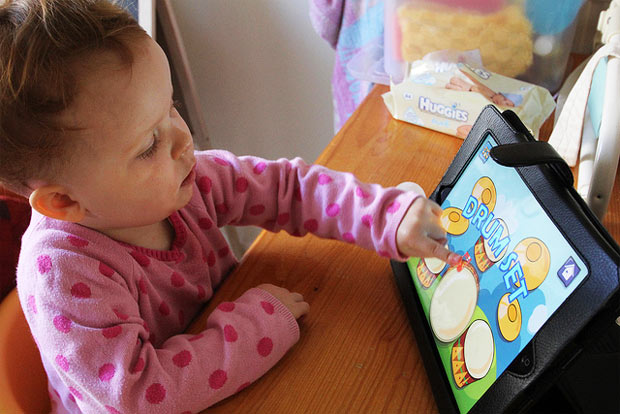 With technology becoming increasingly ubiquitous and integral to everyday life, it’s not a surprise that children are learning to use smartphones and tablets and computers at younger and younger ages.

A study in 2011 by a marketing research firm found more than 90 percent of American kids between the ages of two and 17 play video games—a nine percent increase from 2009. The study also showed that significantly more toddlers—children between the ages of two and five—are playing video games now than two years prior. This age group’s interest and time spent playing video games increased by 17 percent—nearly twice the overall growth of the entire study population.

Proponents of toddlers playing video games point out the use of fine motor skills, balance, vocabulary and occasionally spatial reasoning during certain games can only help improve the abilities of young children. Additionally, instructing children in technology at an early age and helping them become fluent in modern tech products will help them adapt and learn as they get older.

The variety of educational programs available to children of all ages is yet another reason video games can be beneficial to toddlers. By helping children learn their colors, alphabet, words, numbers and other basics before they enter the school system, video games can give them a head start.

However, just how helpful using technology, and specifically video games, is under debate. The American Academy of Pediatrics (AAP) recommends no screen use for babies and toddlers, as the organization claims that there are no discernable learning benefits from educational video games.  Research (and the AAP) suggest that babies and toddlers may not derive a boost in learning from educational programming and media devices. Several studies suggest that children under the age of two lack the cognitive ability to understand the moving images on a screen, much less understand the cause-and-effect of video games.

As toddlers up to four years of age are still exploring their world with their developing senses, touching, tasting, feeling, and smelling are the ideal ways for them to learn about their surroundings. Face-to-face interaction and speaking with them to encourage conversation is considered the best way to stimulate their minds. However, for toddlers over the age of two or three, video games can help supplement their education.

How to pick video games for toddlers

Picking the appropriate games for your toddler is key. With the wide variety of educational video games for children available, choose one that suits your toddler’s age, attention span, and interest. Here are some suggested tips on finding the right video game. Some tips on how to get the most out of the time your toddler spends on video games:

Video games can teach, but they are not a substitute for life experience. An excellent way to learn basics like letters and numbers, video gaming can help your child improve in life skills. Ultimately, video games are just another tool in an arsenal of ways to explore the world.