The Ouya has a special place in my heart, it’s a little box packed full of dreams made by the developer for the developer. In the light of the news that Google are looking into their own console, I cross my fingers and toes that it’s going to be a great success before it reaches the market. One benefit of having a second android based console is the fact that lots more game developers will jump on the new platform.

Launched to the general public last month the Ouya has been a slow burn and out of the 300+ games and apps now on the system there are still only a handful that have broken into the mainstream consciousness. One such title is TowerFall; an arena-based combat game widely recognized as one of the Ouya’s flagship launch titles. In a recent new report developer Matt Thorson as said it has sold, “surprisingly well”.

“The response has been amazing. A lot of high-profile people in games have been praising the game, which is of course fantastic, and there’s been a lot of talk among gamers as well. Launching on Ouya got me a lot of attention, and the sales have been better than expected.” 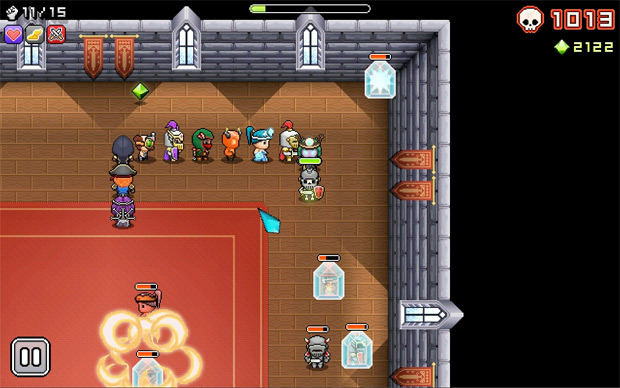 Similarly, the Ouya port of Nimble Quest has achieved over 6,500 downloads to date, 122 of those were purchases giving them nearly $500 profit. David Marsh from NimbleBit has said it was definitely a worthwhile undertaking. Talking recently he said, “We released it on OUYA simply because we were using Unity and it was pretty much a snap to port it. So it was a fun thing to do, as well as a test of our cross-platform framework,”

Marsh went on to praise the Ouya platform and recommend it to budding developers who already have Android based experience. “It’s probably not going to be a huge source of income compared to other platforms, but it’s dead easy to submit a game and get it into the store,” he said, calling it “a step in the right direction”.

With reports of the consoles selling out at numerous US retailers lets just hope this is the sign of things to come and the Ouya continues its steady climb into the mainstream.