If you want to (enjoyably) play video games online, a solid Internet connection is a necessity. Unfortunately, in many areas of the country, this isn’t always a possibility. According to a report by the Federal Communications Commission (FCC), over 6% of the U.S. population does not have access to high-speed Internet services. While 6% may sound like a relatively small percentage, that “little number” actually pertains to roughly 19 million Americans. Those numbers are further compounded when you consider that a good portion of those 19 million Americans are concentrated in rural and/or tribal areas  of the U.S., accounting for over a quarter of the populace in those geographic regions.

Keeping those statistics in mind, gamers who live in largely rural areas with sparse access to cable/DSL have very few options when it comes to Internet service. Internet Satellite Internet is a great option for those who live in areas that aren’t conducive to typical wired Internet services. While it won’t work for all types of video games, satellite Internet offers those individuals in areas without typical Internet service a viable option for all of their online needs, including gaming. One distinct advantage of satellite Internet is that you are guaranteed 10-15Mbps of download speed—no matter where you are in the country. This type of speed means you can download games online in a snap and connect to online servers with ease — whether you’re doing so from a console or a computer. 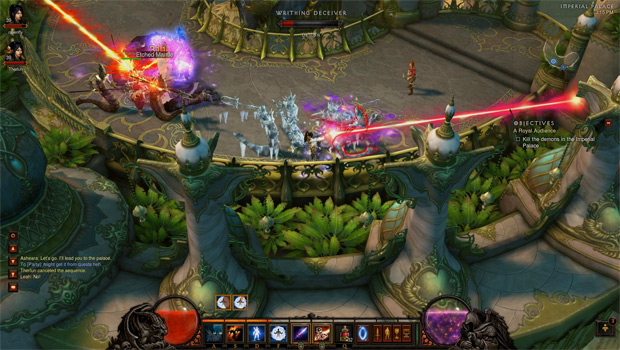 Here’s the crux of satellite Internet for gaming—you won’t be able to play all of your games on satellite. Most games that require quick responses, such as first person shooters, real time strategies, and online action games won’t run efficiently over satellite Internet.

For instance, gamers who played Blizzard’s Diablo III title – which requires an online connection to play – experienced high levels in frustration with its one-second ping time, as evidenced by activity on a variety of gaming message boards. Latency, depending upon how far a gamer may be from the signal and other factors such as weather conditions, could be between 750-1500ms. Given the ping time for a game like Diablo III, satellite’s latency may make gameplay a never-ending string of character deaths for gamers using satellite to play.

Due to the great distances that satellite Internet signals must travel to reach you, there is an increased potential for high latency, which will greatly affect fast-twitch games such as those listed above.

But that doesn’t mean you can’t game over satellite Internet. Some genres, such as turn-based strategy games, casual online flash games, and indie games will work just fine over satellite Internet. For example, Sid Meier’s Civilization V is an ideal game to play with a few of your friends, because it doesn’t require quick input from the user. Satellite’s fast speeds allow you to enjoy the detailed images and worlds within the game in all their polygonal glory, but its turn-based gameplay won’t put you at a disadvantage against other gamers whose Internet connections don’t experience some lag time.

Online board games, such as Monopoly, Risk, and Settlers of Catan, would also be well-suited for a satellite connection. Instead of having friends over to your house and rolling dice at the kitchen table, satellite gaming opens the floor to play with friends online in a social setting. In this case, turn-based, strategic board games are taken to the pixelated realm, allowing you to play with friends across the globe – instead of everyone bringing their board games to your house … and raiding your refrigerator.

Casual games (such as Candy Crush Saga and Words with Friends), whether they are on your cell phone, PC/Mac, or gaming console, will also work well over satellite Internet. 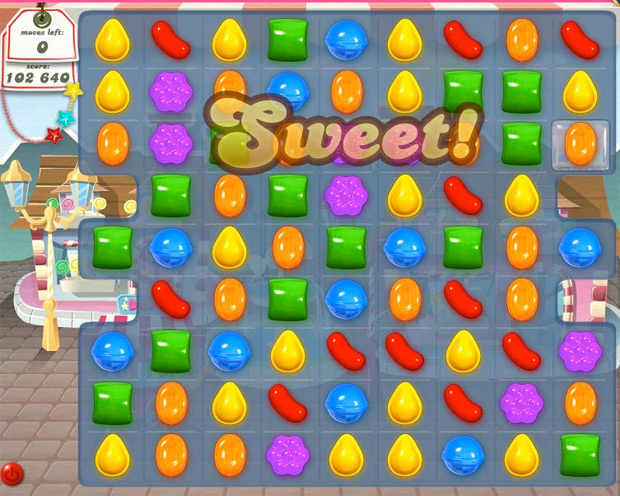 Is Satellite Internet for Me?

If you’re someone who enjoys a more casual gaming experience and you live in an area that doesn’t offer cable, DSL, or fiber optic Internet, then satellite is for you. Think of satellite Internet much like you would an extremely high-speed cell phone service—it is more than capable of connecting to the Internet to download games and play over high speeds, but fast-paced games that require immediate response times may be the best fit to play over this connection. Otherwise, the service is excellent for any gamer who enjoys these types of games, and will be more than capable of handling most of your gaming needs. The problem with satellite Internet is that it has not received enough attention over the last few years as a viable option. If you’re looking for an Internet connection for your games in an out-of-the-way place, you might want to look to satellite Internet to get your game on.