The survival horror game is in serious danger of dying out before it ever really gets a chance to hit its stride. It’s humble beginnings back in the early 90’s with the now laughably dated ‘Alone In The Dark’ were uprooted in the dying years of the century by the double whammy of awesome that was the Resident Evil and Silent Hill franchises and since the genres peak more than 10 years ago even its original practitioners have moved onto more conventional action/adventure fare. Silent Hill meanwhile is a vague facsimile of what it once was and bizarrely the only company to have made a survival horror game worth playing in recent memory (Dead Space doesn’t count because it was far too visceral and violent) is a company famed primarily for bringing slow motion bullet-time gun battles to the world of gaming. 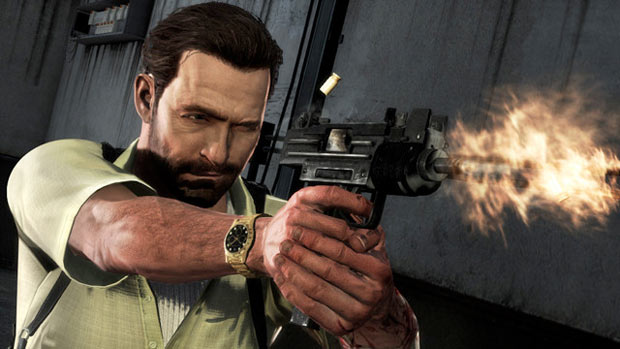 Max Payne developers Remedy had been working on the much delayed Alan Wake for nearly 6 years when it first landed on the Xbox 360 back in 2010 and it was easily one of that year’s best games but for one reason another it was tragically overlooked. Right now though, at the cusp of a new generation of gaming, with survival horror all but killed off by the resolutely awful (and not at all scary) Resident Evil 6, what better time to look back at one of the last generations most unique experiences and examine exactly where games developers of the future can learn from it.

The setup is rather typical of the genre but it’s the presentation that sets it apart. You step into the shoes of Alan Wake, a popular horror writer loosely crafted in the same vein as Stephen King. Wake is suffering from a prolonged stretch of writer’s block and is taking a brief holiday to the sleepy town of Bright Falls with his wife Alice. As soon as you step foot into Bright Falls it’s obvious something is up with the place, there’s something undeniably ‘David Lynchian’ about the place and its bizarre cast of characters.

Alan and Alice check into a cabin that sits on its own island in the middle of the town’s notorious Cauldron Lake only for Alice to be dragged away by forces unknown into the briny deep. A week later Alan wakes up in his car, crashed off the side of the road on the outskirts of town with no memory of the past 7 days. If this all sounds a little schlock than yeah, it is, but it’s pulled off with enough knowing wit and cinematic gravitas to keep even the most cynical gamer glued to their screens and the tight, uniquely ‘light-based’ gameplay helps a bundle too.

All of the enemies you fight in the game need to be ‘cleansed’ of darkness before you can kill them, this can be achieved through using your trusty flashlight or a host of extra weapons which include flare guns and flash-bangs amongst less conventional fare. Although it’s true the combat grows a little repetitive over 8 + hours it’s still a genuinely well-implemented system that rewards the kind of ammo conservation and stealthy tactics the survival horror genre used to be renowned for before Resident Evil 4 tipped everything upside down.

The game looks wonderful too, with the contrasts between light and shadow especially effective. It’s run time can also be bolstered by the two DLC episodes ‘The Signal’ and ‘The Writer’ which lend the game at least another 3 hours and are just as perfectly paced, expertly acted (some of the best voice acting seen in a game, especially Alan’s like-ably slobby manager/best friend Barry!) and tightly wound. Alan Wake in many ways ‘feels’ like a next generation game that arrived a few years too early. It’s flawed certainly but it’s flaws are more than made up for thanks to a deft script, perfectly balanced combat and some of the most memorable, genuinely terrifying moments in modern gaming. A plus of it being overlooked however is that you can pick it up for a very decent price if preowned, that is why it is good to sell your games for cash as someone can then pick it up for cheaper! 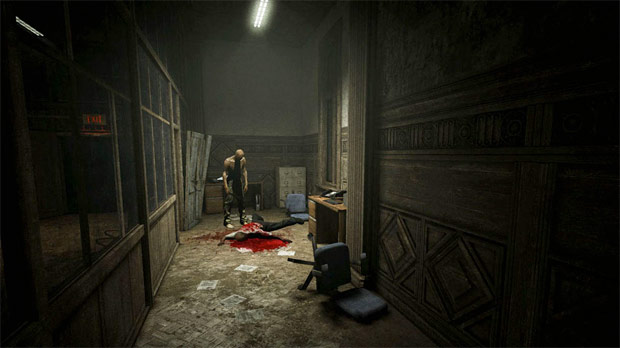 The Future of Survival Horror

Although Capcom appear to have realised they made a grave mistake with Resident Evil 6 by porting the more ‘traditional’ Nintendo 3DS game ‘Revelations’ onto home consoles, it’s frankly too little too late. Since Alan Wake largely failed, the real survival horror games appear to have moved online with the terrifying likes of ‘Outlast’ and ‘Slender’ taking the genre back to its roots (no weapons, no asinine violence, just pure terror). But Alan Wake found a perfect blend between action and horror that for my money hasn’t been matched before or since and it’s genuinely criminal that it went so desperately overlooked, especially considering how much time and effort was obviously, lovingly poured into the game.

It’s not about the gameplay or even the graphics but the atmosphere. Something almost intangible that requires genuine skill and patience to fully comprehend. ‘Silent Hill 2’ had it in spades but the franchise was seemingly unwilling to learn from its own genius and disappeared up its own behind to the extent that the most recent Silent Hill game (last year’s woeful ‘Downpour’) almost feels like a step back to the days of the original Playstation, only without the charm.

It’s a real shame that developers are not looking to Alan Wake for more inspiration as it is ripe with creativity. Unfortunately it’s also doubtful we’ll ever get a sequel but at least we’ll always have the original to remind us just how effective a good scare can be when it’s attached to a great story and fundamentally sound mechanics.