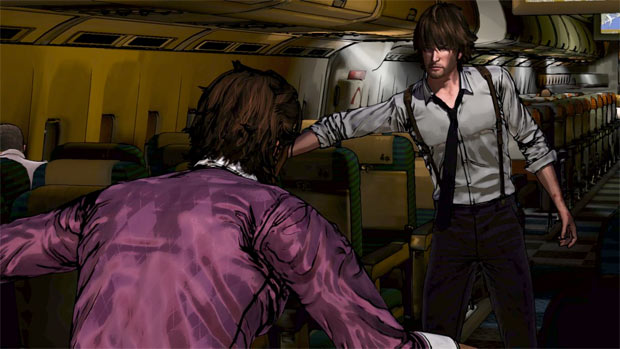 The eighth console generation is finally upon us. With this event comes a veritable avalanche of new and exciting titles, as well as new technology from the gaming companies we know and love. Though it had a pretty rocky start, there’s still a lot to look forward to from Microsoft’s Xbox One. Here are ten top titles for your consideration.

Set for release in March 2014, this first-person shooter will be developer Respawn Entertainment’s debut title. Seeing as it won multiple awards both at E3 2013 and the latest Tokyo Game Show, there’s a fair indication that the company will have a prosperous future. With an emphasis on online multiplayer matches, this shooter will feature giant mechs and war-torn environments on a ruined Earth. What more could you want out of a game like this? Not much is currently known about the latest entry in the beloved Halo franchise, but when has Bungie failed to keep us entertained before? It will once again star the delightfully badass super soldier Master Chief, garbed in post-Halo 4 armor, and will feature strong first-person single player missions and even stronger multiplayer campaigns. Let’s hope we see it sooner rather than later! Based on the Kodu Game Lab, this low budget indie game delighted E3 audiences with its bright visuals and creativity-centered gameplay last summer. In the vein of Little Big Planet and Minecraft, the game has been described as a digital canvas, allowing users to build and manipulate completely customized worlds down to the smallest detail. Players can add special topography to their world, and even animal and plant life. Players can also share their freely creations with others through the Xbox One’s online feature. This bizarre combination of simple and complex gameplay will no doubt make for a memorable experience. The latest in the cult classic action role-playing hybrid video game series, Fable Legends is slated for release in late 2014. Taking place long before the original Fable in the “Age of Heroes”, Legends boasts a complex morality system where you can either be the hero or the villain of your own tale. You can also travel alongside up to four other players at a time, creating the potential for an adventure more epic than ever before. Which side will you choose? Proof that the gaming industry still has some innovation up its sleeve, Quantum Break will be released alongside a television series of the same name, where players can impact the outcome of the show while episodes can influence each player’s decision. After an experiment goes horribly wrong at the fictional Riverport University, three main characters Jack Joyce, Beth Wilder, and Paul Serene find themselves gifted with the ability to travel through time, among other things. Paul, for example, can receive visions of the future to determine his actions.The cover-based third-person shooter is expected for a release around mid-2014. This bizarre entry in video gaming history certainly caught the eye (or rather, confused stares) of many viewers when it was originally announced. Set in a town where most of the inhabitants have been turned into freakish mutants, it is left to the player to “deal with” their newly transformed peers. Emphasis is placed on agility and acrobatics in combat, and the colorful settings are sure to disorient even the most hardy of players. Regardless, this unique take on a stagnating genre is worth a look. Harmonix, best known for the work with the smash hit Guitar Hero and Rock Band games, are now dipping their toes in the world of the late and great Walt Disney. This motion controlled musical rhythm game will sport songs and visuals inspired by the two Fantasia films, with a narration that makes direct references to the most famous sequence from these films, The Sorcerer’s Apprentice. The great sorcerer, Yen Sid, has tasked his apprentice, the player, with bringing life to the worlds he has created. Through the magic of music, you will be granted the ability to animate the world around you, all to the tune of some truly timeless music. As Microsoft’s answer to Nintendo’s Wii Sports, this is a great alternative to any Xbox One owner looking for some family-friendly party games to share with friends or enjoy on their own. Stated to be released in early 2014, it will feature games such as bowling, soccer, tennis, rock climbing, and jetski racing, among others. It’s definitely not for everyone, but it makes for a great palate cleanser between more hadcore stretches of gaming, or a simple wind down from a long day at work or school. Hidetaka Suehiro, better known by his pseudonym Swery65, gifted the world with the beautifully bizarre (and surprisingly heartfelt) Deadly Premonition in early 2010. The game, while divisive, managed to gather a large and dedicated fanbase in a matter of weeks, and is now one of the few examples often used in the “games as art’ debate. His latest project, D4, is shaping up for a similar, but doubtlessly no less strange, journey. The player character, a private investigator whose beloved wife has been brutally murdered, has found himself in an amnesiac state as a response to the traumatic event. Strangely, this has also left him with time travelling powers. Through the use of Kinect controls, the player is able to manipulate time to advance the plot. An official release date is not yet known. Plants Vs. Zombies didn’t become so popular for no reason. The tower defense game featured cartoony visuals, fun and addictive gameplay, and – for better or for worse – hordes of the shambling undead.  The game will now be available on the Xbox One with several new missions and modes, as well as a co-op feature for more sociable gamers. The game is expected to launch in February 2014.

Regardless of what you think about the supposed console wars, few will deny that 2013 was a great year for gaming. In addition to the new console generation, we saw such groundbreaking entries in the gaming hall of fame, such as the rise of the Oculus Rift, and hugely acclaimed epics, such as Bioshock Infinite. And with 2014 just around the corner, we are sure to have another great year ahead of us. Here’s to the new year!