Much has been said to detract from Guitar Hero and Rock Band as games. Elitist guitarists shun the games, with the belief that following colored dots on five tracks is nothing like actual guitar playing. Some gamers shy away from the games, avoiding the expense of large, proprietary controllers. Rock band exacerbated the problem by introducing the drum kit and the four-player full band mode. Even so, is there some musical merit in Guitar Hero and Rock Band? 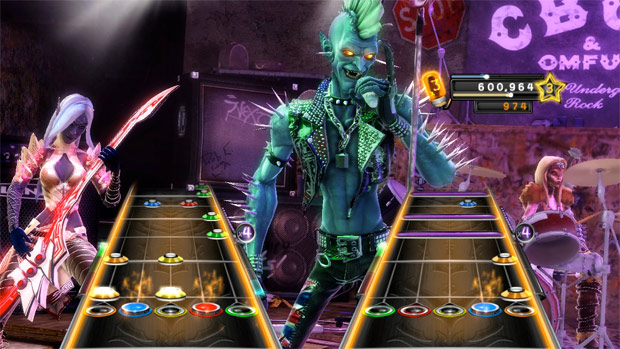 With five buttons and zero strings, no one can argue that Guitar Hero teaches you how to play guitar. Playing thousands of hours of Guitar Hero won’t teach you chords or fingerings or how to hold a string against a fret without buzzing.

That said, Guitar Hero is not without musical merit. The controller, for one thing, is shaped and feels like a small electric guitar. Using it helps you get used to holding a real instrument; having a weight across your shoulders from the strap, finding the right height to strum effectively and so on. Guitar Hero has one other benefit. While the lack of strings makes it impossible to use to learn chords and individual notes, the game is a fantastic lesson in learning rhythm. Coordinating a change in fingering with a strum is an essential skill, and Guitar Hero has no trouble teaching that lesson. 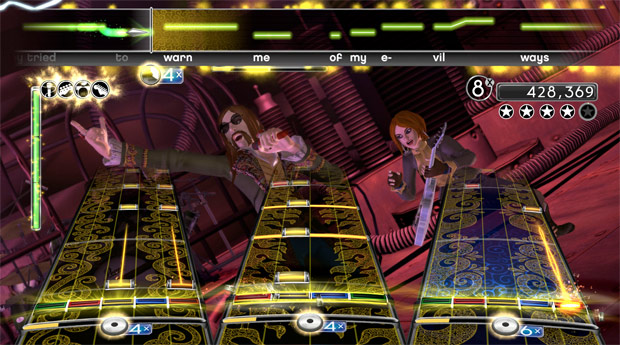 Rock Band and Rock Band 2 are in the same boat as Guitar Hero and its sequels. Some claim Rock Band tracks are laid out more realistically for a budding guitarist, but for the most part, all of the same benefits and drawbacks apply.

Rock Band does add the bass, vocal and drum tracks, however, which each have their own merits. With the bass track, the second guitarist learns to listen to the backing track rather than the primary guitar part; a skill that is necessary for learning a bass guitar.

Vocals, essentially, are a form of karaoke. The game simply offers an indicator of pitch, and leaves the rest up to the vocalist. It’s no substitute for actual vocal training, but it certainly gives budding singers an idea of how in tune their singing really is.

The drum kit is the most accurate and most useful teaching tool in Rock Band. With four drums and a bass pedal, the drum kit is laid out almost exactly like a basic kit in real life. The skills needed to drum in Rock Band include hand-eye coordination, a sense of rhythm and the ability to stomp the pedal in time and accurately; all of which is necessary for a drummer. In fact, it’s been shown that putting a few colored pads on real drums allows a rock band drummer to perform live with passable skill. A four-pad kit is limited compared to many actual band kits, but it’s a start. 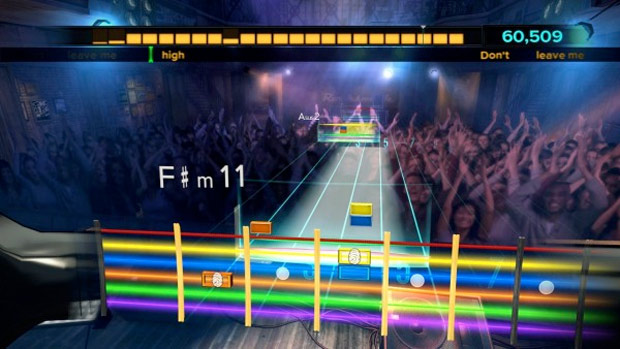 By this point in the franchise, people were demanding the ability to use something more akin to a real guitar for Rock Band songs. In response, Rock Band 3 allows the gamer to use a guitar that is much closer to an actual electric guitar. The two peripherals that work with the game are a button guitar and an expanded electric.

The button guitar teaches the gamer two things that a traditional Guitar Hero controller cannot. The first is height on the fret board. While individual string fingerings don’t matter, position up the neck does. The second is strumming the right strings. The strum bar is replaced by six simulated strings, and the player must strum the right strings at the right time.

The expanded electric guitar is a fully functional electric guitar with a few enhancements that turn it into a controller for the game. Using this guitar teaches most of the basics of actual guitar playing.

So yes, picking the right games may just make you the next Jimi Hendrix.