The Tomb Raider news seemed to smack viewers in the face and sent them into a spin of confusion. As such, it felt to me like the [email protected] section of the briefing was lost on many people.  The montage was cool but it didn’t really get across the 27 games it actually showed because it was all too fast. If more time was spent on 10-15 of them I firmly believe that Xbox users and viewers to the presentation would have felt they got more games for their money. Sadly we got a brief look at Space Engineers and not much else. The games montage consisted of 27 different games so I have decided to break it into two articles for easy digestion:

Blues and Bullets – A Crowd of Monsters

Blues & Bullets is an episodic noir story, where the player will need to survive thrilling shootouts, dark investigations, difficult decisions to make and unexpected story twists in the skin of a former detective who struggles with his own demons trapped in a decadent city. 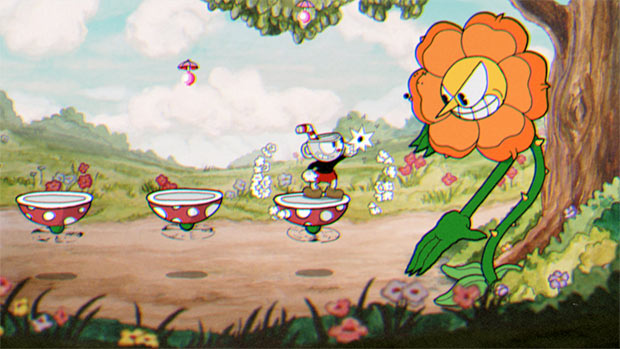 Cuphead is a classic run and gun that centers around 1-on-1 fights (2-on-1 in two player mode) with a retro art style reminiscent of the original Tom and Jerry and classic Americana cartoons. 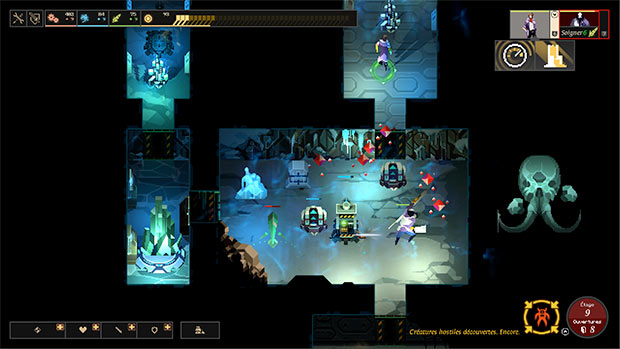 Dungeons of the Endless – Amplitude Studios 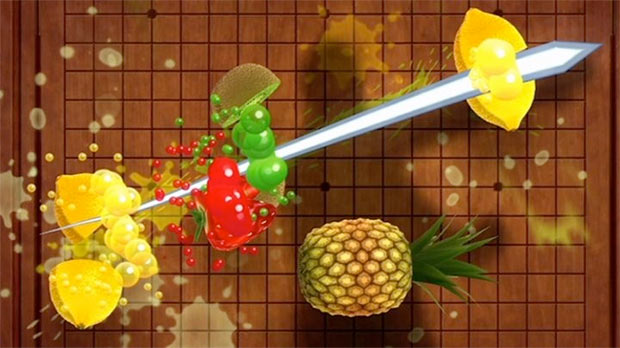 Just when you thought the Kinect was dead, a brave studio announced Fruit Ninja Kinect 2. This is a great title and will work great on the new Kinect. Thanks Halfbrick, have my money! 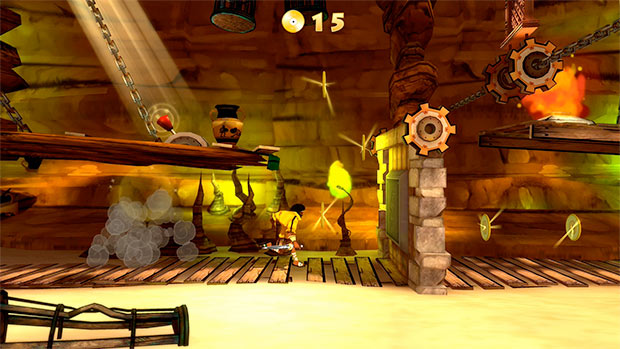 Funk of the Titans  – A Crowd of Monsters

Funk of the Titans follows the exploits of Perseus, the illegitimate son of Zeus has he uses his Funk-Fu across more than 40 levels of platforming action with various bonus stages, an array of weapons  and lots of additional goodies. 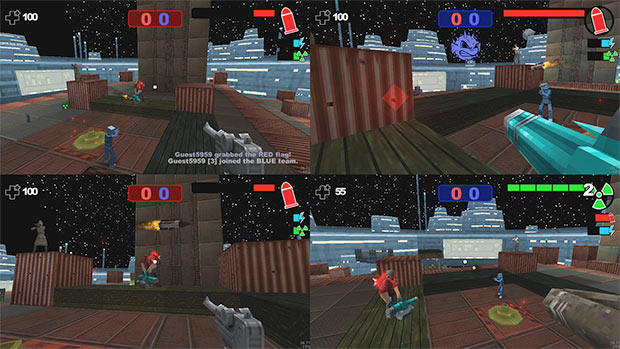 Gunscape is a first person shooter (FPS) toolbox that allows players to build their own FPS game. The kit comes with inconic weapons, classic monsters and level elements that act as the foundation for players to build co-op, single-player FPS levels or Multiplayer Arenas in a clear and simple way. 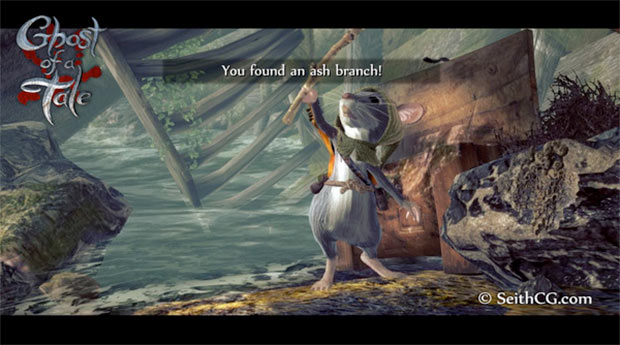 Ghost of a Tale – Seith CG

This one really intrigues me. Lionel Gallat, the man behind has an amazing body of work behind him that include ‘The Lorax’, ‘Despicable Me’, ‘Astro Boy’ and ‘Teenage Mutant Ninja Turtles’ to name just a few. Early shots of this game look stunning and the art style has me really excited. Ghost of a Tale is a third-person adventure game where you play a little mouse in a dangerous world that raised nearly $65,000 in funding from IndieGoGo. My hope is this game is snapped up my Microsoft and Gallet given a team of devs and a pile of cash to make this the best game it could be. 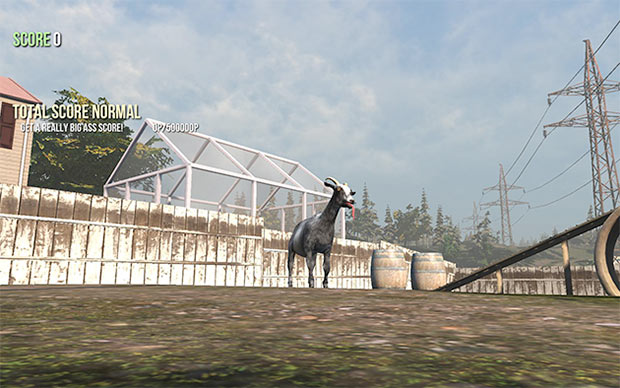 You’re a goat and you get points for wrecking stuff… Mad fun from a game that defies all gaming processes. 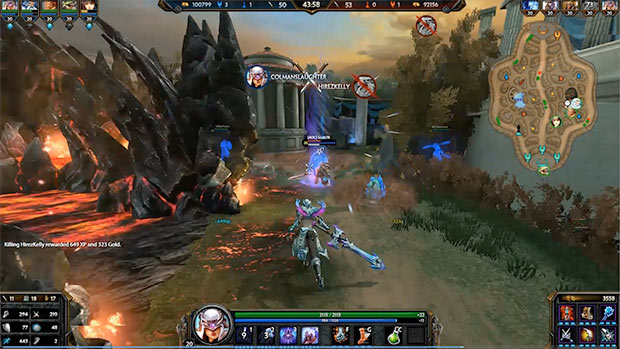 SMITE is an acclaimed free-to-play 3rd person action MOBA perfectly suited for consoles This online battleground allows players to choose from an array of gods and compete it 5 vs 5 team matches. 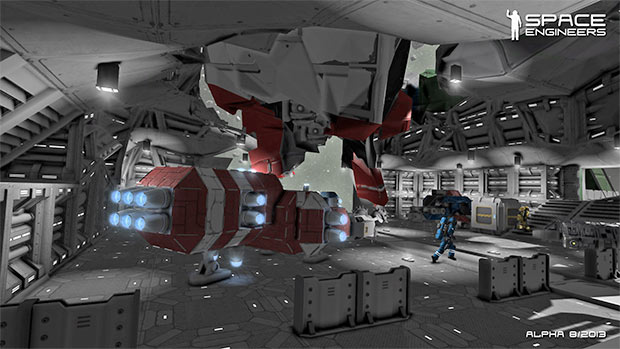 Space Engineers is a sandbox game about engineering, construction and maintenance of space works. Players build space ships and space stations of various sizes and utilization (civil and military), pilot ships and perform asteroid mining. It was unusual for the Gamescom presentation to focus on this one in particular but refreshing to see something a bit different coming to the platform. 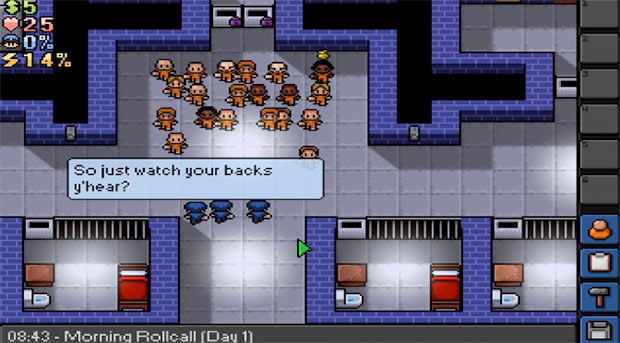 The Escapists is an upcoming prison break game developed by Mouldy Toof Studios and published by Worms creator Team17. It was successfully crowd-funded on Kickstarter last year and received a massive £7131 or $11,000, and was also successful on Steam Greenlight. 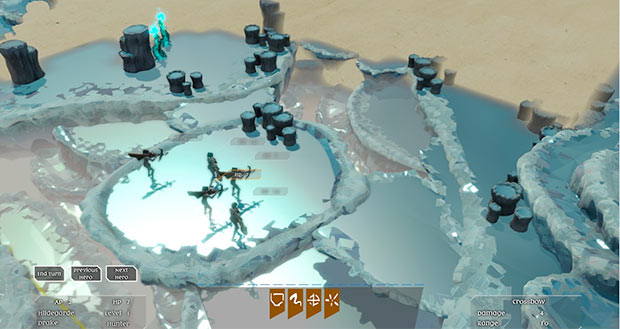 Massive Chalice is an upcoming turn-based strategy video game from Double Fine, the developer of Psychonauts, Brütal Legend, and Costume Quest to name a few. This is their second kickstarter funded game after the fantastic Broken Age. 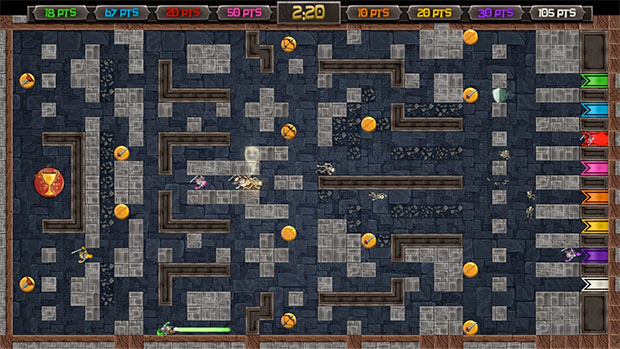 Knight Squad is an 8 players top-down Bomberman meets Gauntlet game with hints of Smash TV. The action looks frantic and there are plenty of game modes to keep players busy including death match, capture the flag (or grail), and football. Players also have an array of weapons from simple swords to level destroying lasers. It looks like fun! 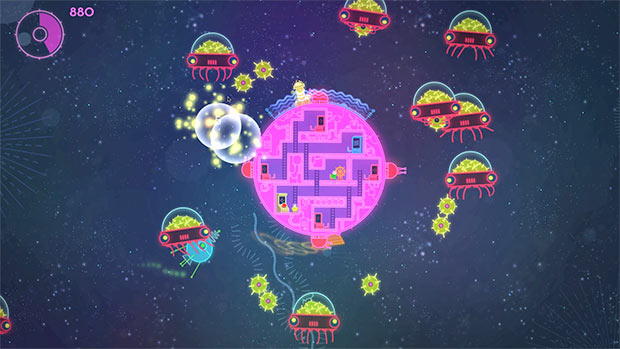 Lovers in a dangerous space-time – Asteroid Base

Lovers in a Dangerous Spacetime is a frantic 1- or 2-player couch co-op action game. Explore a colourful galaxy in a crazy neon spaceship that you control together by manning turrets, lasers, shields and thrusters. Only through teamwork can you triumph over evil robots, rescue kidnapped space bunnies, and avoid a vacuumy demise.

Many of these games are already out of other platforms but it really doesn’t matter as a large part of the console market don’t have Steam and won’t have heard of games such as Smite and Speed Runners. This same market is sure to be happy that games such as Goat Simulator and Superhot are coming to the Xbox One.

Whilst I love what [email protected] are doing in helping developers and bring Indie games to the platform I am worried that the overarching branding is essentially grouping these titles under a new ‘Indie live arcade’ banner that might lessen their impact. With games like Outlast, Contrast, Metro and even Zombie Driver just appearing on the store they feel more like game releases more than ‘indie’ game releases.

If Phil had just walked people through games such as Blues and Bullets, Ghost of a Tale, Smite and Superhot then maybe I might have felt that there were more games on the Horizon than Quantum Break, Halo, sports and Forza.