Insomniac games have done a tremendous job of creating a large open world third person shooter that is a sheer joy to traverse. They have said ‘to hell’ with real world physics and realistic gameplay and opted just for pure distilled exhilaration.  Once you get past the initial learning curve of mastering the myriad of controls, the game opens up into a Tony Hawk or jet set radio inspired ‘super-run’ where you chain together grinds, wall runs, bounces, swings and even flight to circumnavigate the city to achieve your goals.

The ultimate goal of sunset overdrive is to escape Sunset City; ground zero for a mutant outbreak caused by an untested energy drink called Over Drive supplied to the cities inhabitants. Fizzco: The super corporation behind the drink has locked down the city and sent in the cleaners. Mutants of all shapes and sizes roam the city along with an array of  Fizzco robots and armed thugs known as scabs. The ground is the worst place for you as running is intentionally slow and you are soon mobbed by a horde of mutants. The trick is to keep moving.

The movement mechanic requires dedication to master, but once achieved you don’t mind the endless fetch quests as it is the journey that is the most fun. Insomniac has catered for this quest repetition issue, by mixing up the later quests to include much more variety. You will battle mini bosses, ride roller coasters and even pilot a flying car in your quest to uncover the truth behind the outbreak. The story is a little over simple but it still hugely entertaining. 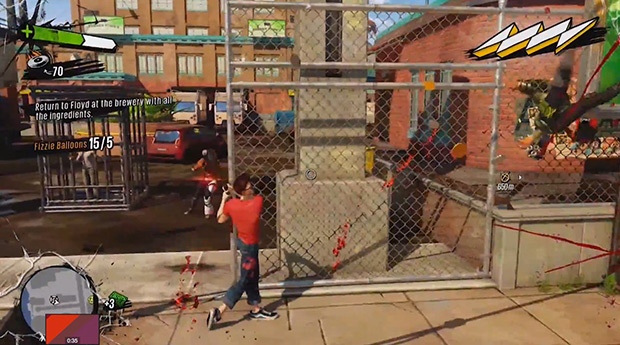 The deep character customisation makes the game feel more personal and it’s nice to have the freedom to be a bearded woman in tutu should you wish.   As more weapons are unlocked, so is an array of wardrobe items. The weapons range from the cock and balls shaped shotgun to the ridiculous teddy bear launcher covering all the bases. All the weapons can be used in conjunction for maximum damage starting with a flaming compensator and ending on an acid spitting robot. The multiplayer is a lot of fun and some might say more fun than the single player campaign. This 8 player co-op has only a few game types with the most fun being a variation on ‘horde’. Whilst the game types are limited at the moment, I expect more multiplayer features to be rolled out with the DLC packs. 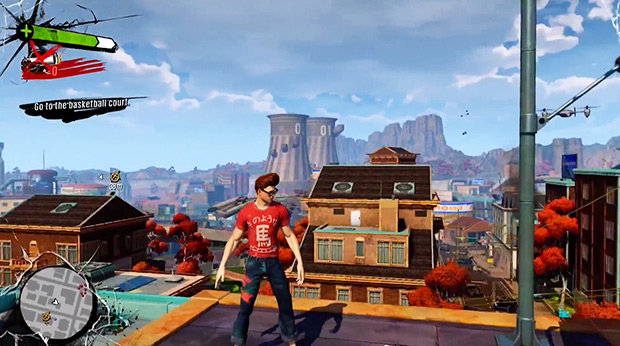 The graphics are eye-poppingly lush with an impressive draw distance and no lag. Sunset Overdrive certainly looks, sounds and feels next gen. The voice acting in solid and the sound design is spectacular. I personally found the humour and writing to be funny and loved the references to movies and video games. The respawn animations are genius and hilarious from the portal inspired wormhole to a rising coffin from which you emerge. The groups you meet will definitely appeal to geek culture but run a fine line of insulting the very people who are playing the game. Opening mocking ‘nerds’ for being too smart or laughing at the Larpers (people who dress up in medieval attire to play real world role playing games) might upset a few people but on the whole, you can see it is all done in high spirits. 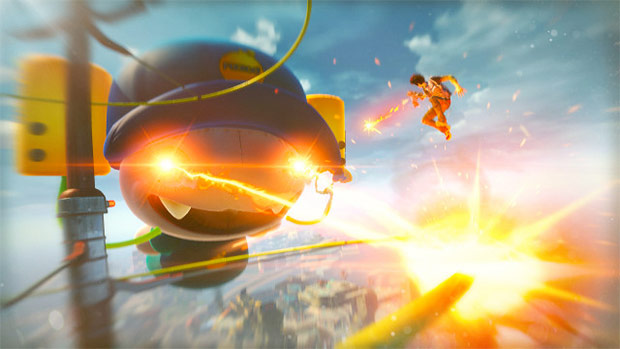 The main story can be completed in 8-10 hours but after completion you are then allowed to roam the streets collecting items, buying new weapons, and seeking out all the side quests you missed.

Overall, there is no wonder this has won the amount of awards it has, Sunset Overdrive is one the freshest and most enjoyable new IP’s to come out on the ‘New Gen’ consoles. The visuals are stunning and once you have mastered the controls it is a joy to play. There will be moments where you tire of the fetch quests but stick with it and there is a lot more variety in the second half of the game. The multiplayer is fun and with two new DLC expansion packs (one of which has just come out) this will make a worthy edition to your Xbox One collection. 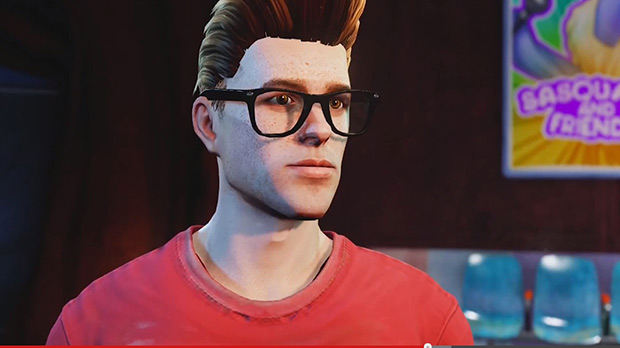