Addiction is a strange thing; to have something consume your thoughts every day that it changes how you live your life is quite amazing. I have an addictive personality, (so I am told) and over the past month, the object of my affection has been Minecraft.

Like many people my age, Minecraft was a mystery; a game with building blocks, bad graphics and no storyline. What kind of game has no storyline? My nephew loved it and during a family party at my house I happily bought it, so he could show me the ropes. To be honest, I was taken with it. He flew around the map in creative mode building a house and to be honest I was bored.

Fast forward a few weeks and I haven’t touched the game. My nephew gets a shiny new Xbox One and we agree to meet online for a Minecraft session. In preparation for this, I decided to build a house to welcome him into. This time I choose survival mode as it has night beasties, limited resources, and no flying. I died a few times before finally making a rudimentary house… I then dug down and began creating my very own bat cave with storage rooms, bedrooms, and even a guest bedroom for my nephew. He joined the game and happily set about helping me carve out the world beneath my mud hut. Then it got me. 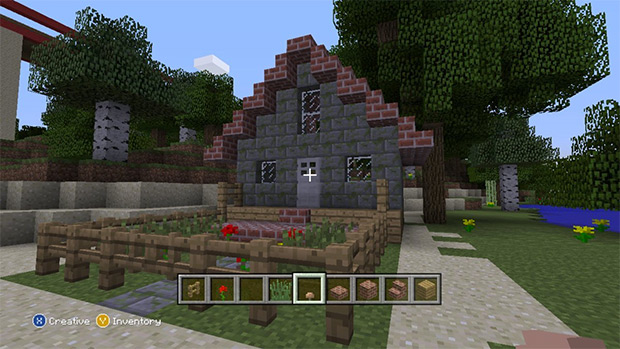 Before I knew it, I have replaced the mud walls with stone and built up and up to create an imposing tower that I could see for miles around. Tunnels stretched out in various directions to protect me from the night creatures above and I used a nearby village to create a secondary safe house.

As time went on I found myself setting my own goals and making up my own story. I discovered an array of goodies in mines and dug up all the tracks to add to my tunnels. I marked exciting finds with colossal stone obelisks with burning flames that lit up the night sky.

I played with my nephew where possible and was amazed how our stories crossed and diverged. I would suggest dungeon crawling and before I knew it he had gathered a rare ore and set out creating a portal to another world. I continued my exploration of the vast underground caverns, which really felt huge as I knew how long it would actually take to mine it. Hidden waterfalls, lava flows and underground pools made me giggle with excitement. My game-playing life was soon consumed with one game and I even purchased the Minecraft Pocket Edition on my iPhone so I could play on the Loo and any other time I could not access my Xbox. 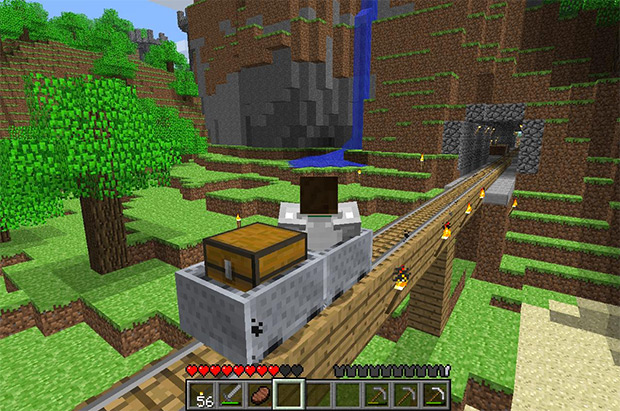 One of my original questions about Minecraft was why people flock to YouTube to see videos about it. The main reason I found, was the fact that no one really knows what they are doing and YouTube is the easiest way to find out, how to mine emerald, how to breed animals, what moss-covered stone is good for, and the other million questions people have when they get addicted. After only a week or so I found myself a constant visitor to the Minecraft Wiki and viewing ‘how to’ videos in order to speed up my domination of the world I was placed in. I watched people create whole villages and was introduced to Stampy Cat – the children’s presenter of Minecraft on YouTube and an internet celebrity.

It was getting stupid, I was staying too late to be a productive human being and I stopped writing articles and making videos. I needed to reign it in and so I set myself a task to get the easy achievements and then start on something else. 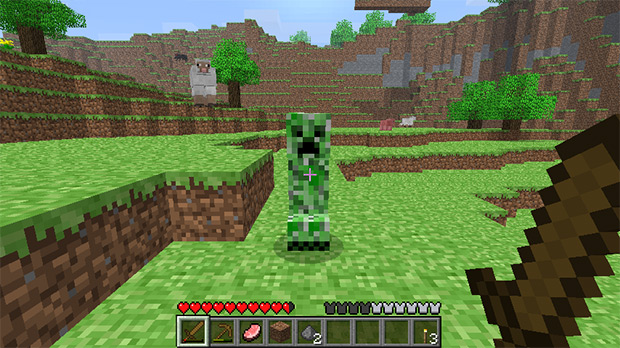 Thankfully, over the last couple of years, I have got into the mindset of never spending more than a month on one particular game so as my month came to a close my urge to see what else was out there took hold. It wasn’t easy, however, as even when I went back to Minecraft to capture some footage I found myself slipping into the comfortable slippers of adventure and exploration and lost a few hours after discovering a hollowed-out mountain full of precious stones… Damn you Minecraft!

Even now I am wondering what a jungle temple looks like and if I will ever play long enough to take on an Ender Dragon but like any addiction, I need to reduce my exposure to safe levels to get control of it. Sure, I will have a play with my nephew when I get the chance but as for doing it alone… I need to stop. 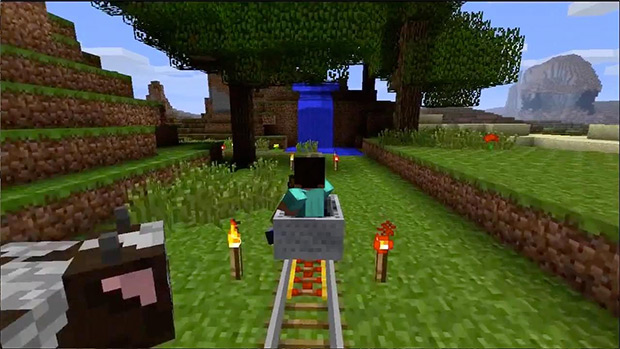 Article Name
My Month With Minecraft - Confessions of a Minecraft Addict
Description
I have an addictive personality, (so I am told) and over the past month the object of my affection has been Minecraft. Here is my story.
Author
ian Garstang
Related ItemsaddictionApp Store (iOS)Apple Inc.appscreeperfeaturefeaturedfeaturesGamergamingGoogle PlayIOSiPadiphoneMinecraftMojangXbox