It’s the age old adage: a group of teenagers go to a deserted island following stories of weirdness and are soon split up and have to survive the night. Said teenagers then need to solve puzzles and find out what exactly happened whilst trying to escape the wrath of tiny glowing triangles… Wait, what? 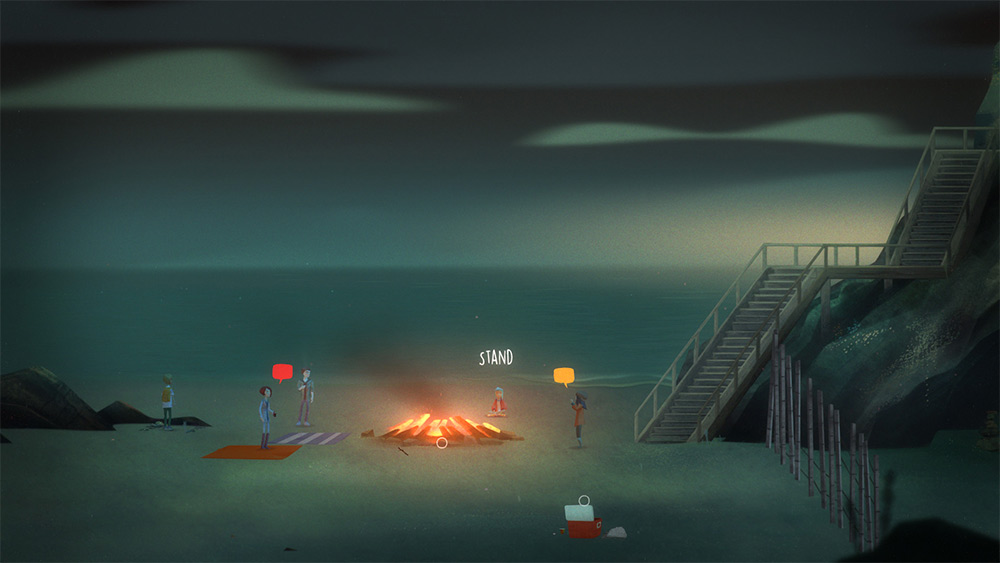 Oxenfree by Night School Studio is an old school adventure game in which you play Alex, a young girl who’s brother has recently died. Alex is joined by her step brother Jonas, class mate Nona and dead brothers girlfriend Clarissa on an abandoned island that used to hold fond memories for the troop. First and foremost, the game is about the characters and their interactions with each other. Dialogue trees are plentiful and whilst there is no right or wrong answer, each response unlocks different secrets and views of each character. At first I saw the conversations as just filler between scary sequences, until I realised that the conversations ARE the game. Some chats can feel awkward and others cheesy, but in most cases you can call out characters for saying something too corny. 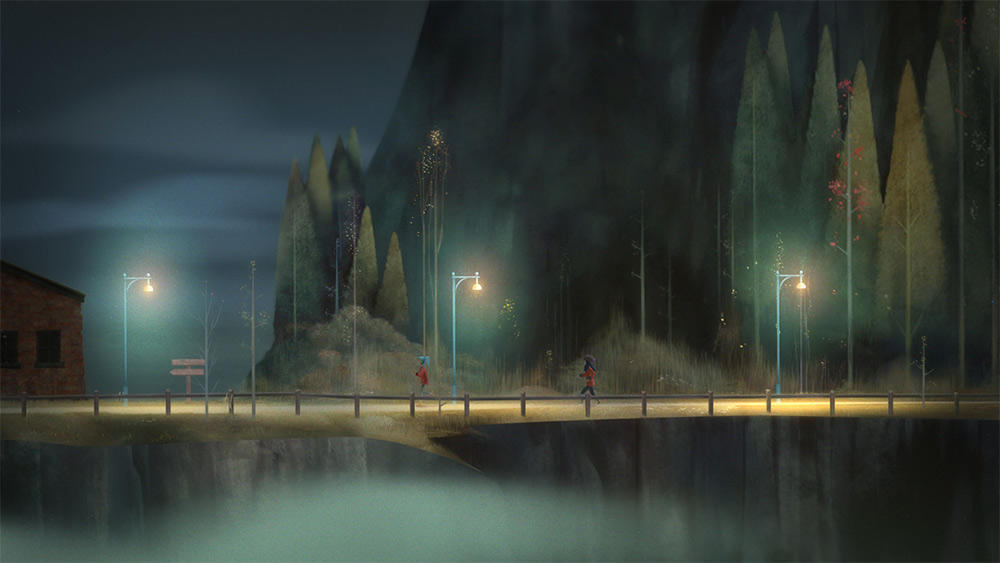 The art style is beautiful and the various island locations look drab, eerie and ominous. For the most part the camera is pulled back from the action giving it a greater sense of isolation and whilst the puzzles are minimal, the use of the radio is where the game comes alive. The short wave radio acts as window to a forbidding nether realm in which you crawl through static to pick up old music, sinister voices and mysterious sounds. The radio can open doors, trigger super natural events or bring on the wrath of the glowing triangles. 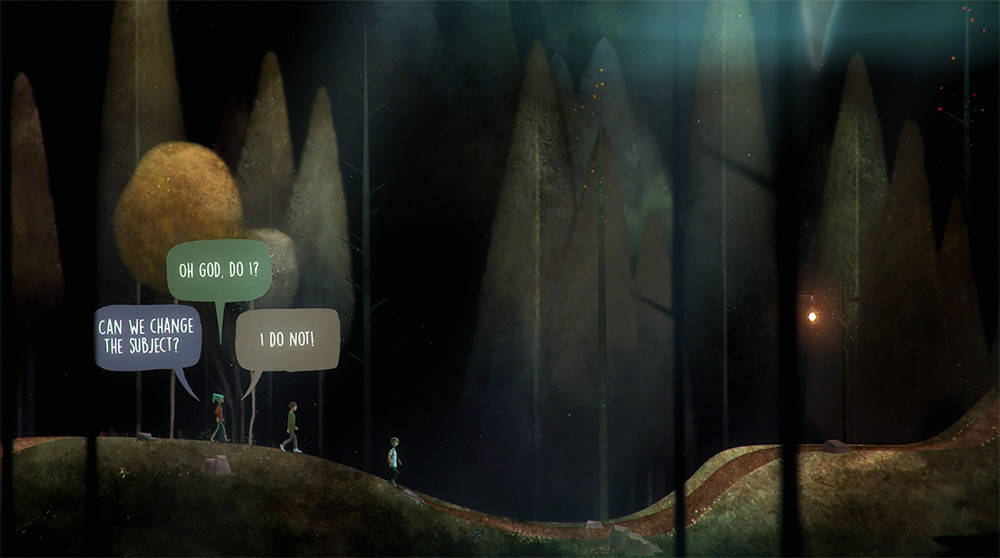 The horror is more unsettling than gory and whilst there are a few jumps, the horror is more of a lingering confusion that can play on your mind long after seeing it. It has been described by the developers as Goonies or Stand by Me meets Poltergeist. I like that.

Overall, Oxenfree is beautifully harrowing and well worth 5-8 hours of your time. Walking between areas can sometime get tedious, but it’s the story and interactions that will keep you interested. Oxenfree tells a fascinating story that is truly eerie. It’s exploration of peoples relationships is far deeper than most games dare to go and can be uncomfortable, but when this discomfort is mixed in part with confusion, dread, and shock you have a very special experience indeed. 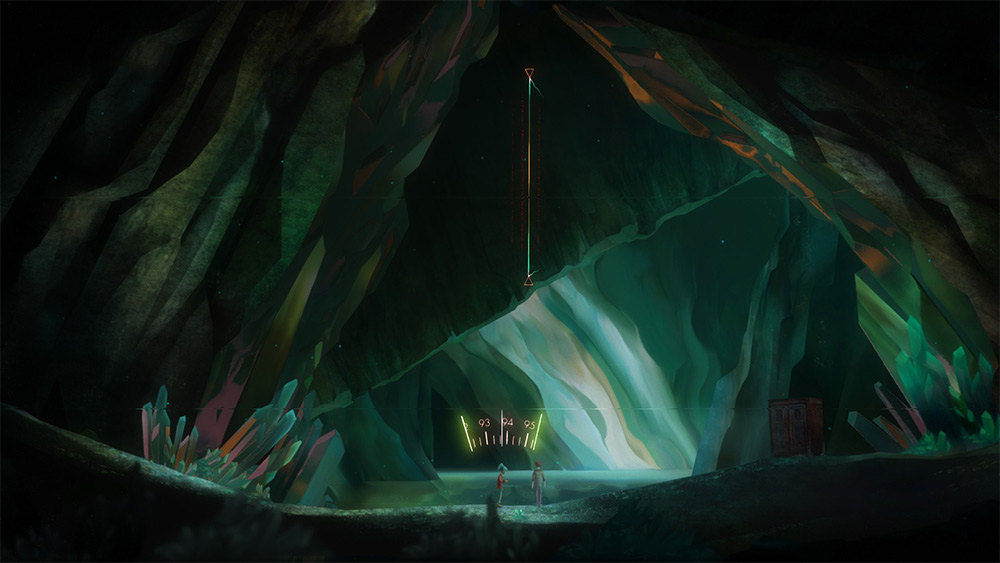 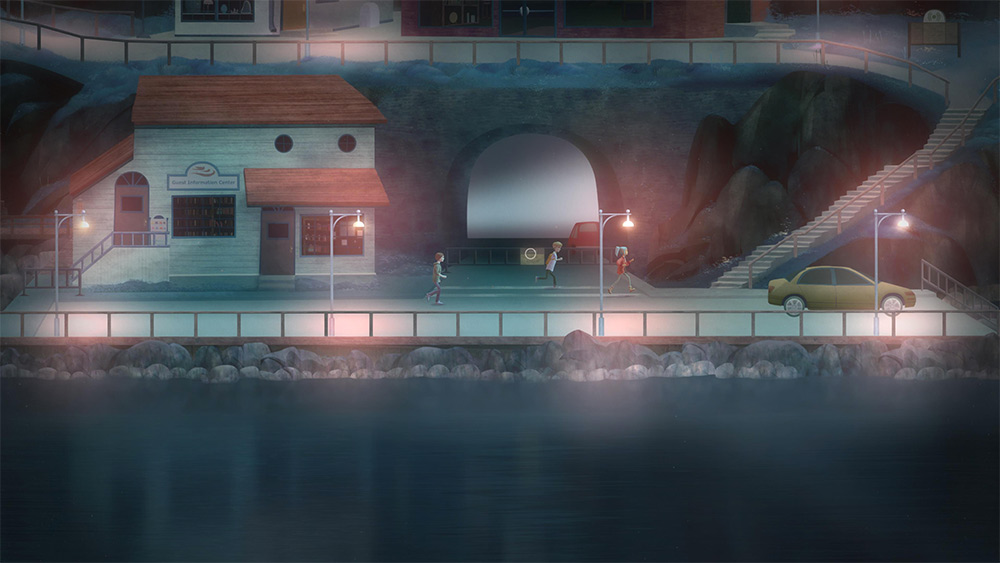