Video games have never really been known for their realism. A plumber saving a princess from weird race of Turtles, monkeys trapped in balls rolling around and pet monsters captured in small balls and forced to fight on command. However, the more recent generation of consoles do have more and more titles supposedly set in the real world. Sometimes, it’s the future, sometimes it’s the past and sometimes it all goes a bit fantasy role playing. Very few games really bend reality and frazzle your noggin to ask ‘what the fudge!’ Recent studies into the effects of LCD have uncovered unexpected results and show dormant parts of the brain becoming active when ‘tripping’. To ‘celebrate’ modern science and to help you guys out I have compiled my list of the trip poets games on the Xbox One: 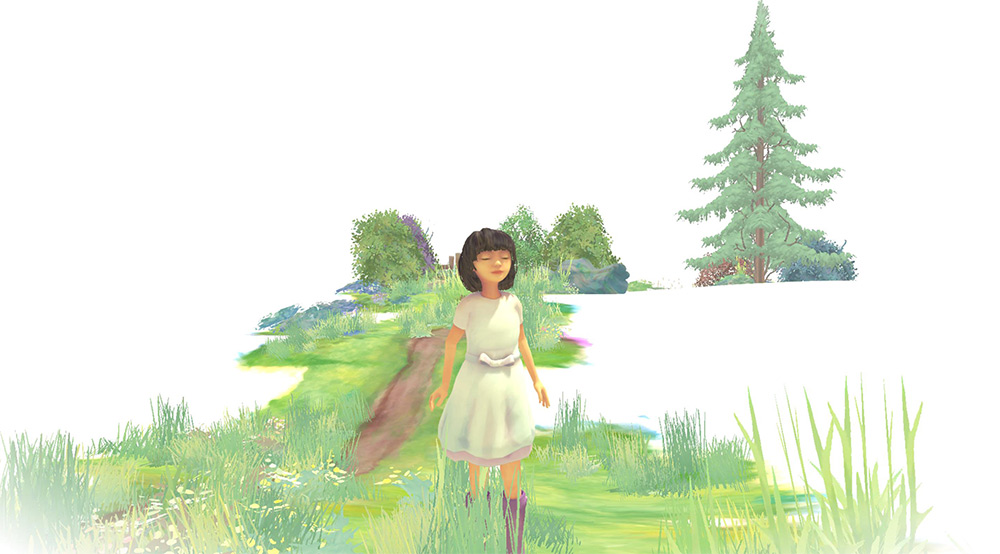 So the story of a little girl trying to find her lost cat does sound all that Trippy. If you throw into the mix that she is blind, it changes things. The aesthetic is both sparse and beautiful at the same time as the white, shapeless world is painted around the character as we walks around. The scenery almost soaks into existence as the character discovers edges, sounds and objects. Very cool and very Trippy. 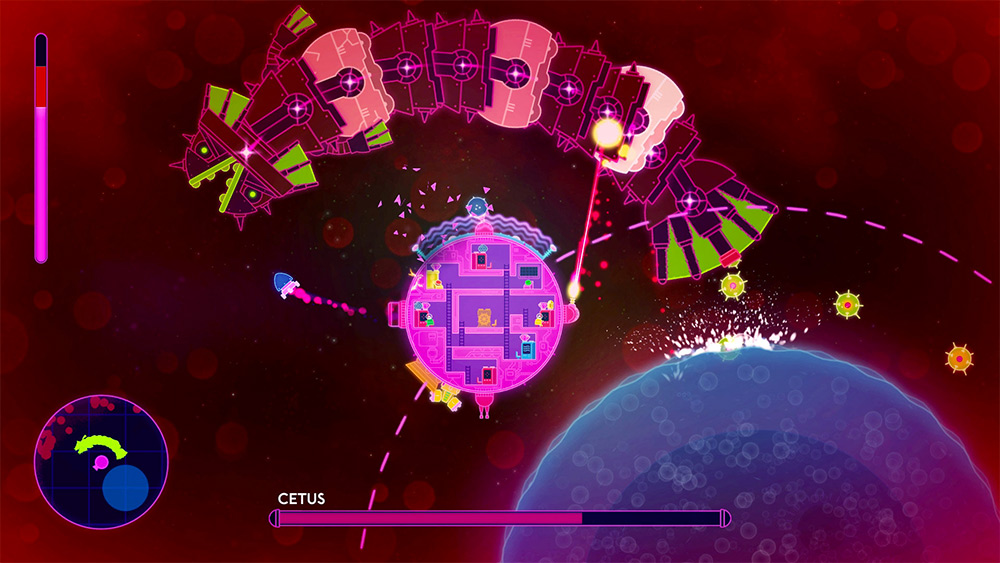 Lovers in a Dangerous Spacetime

What’s more trippy than peace and love man! Well, in Lovers in a Dangerous Spacetime, you are tasked with bringing love back to the universe after a machine malfunction has sent anti-love into the cosmos. The game is an action platfomer with lots of frantic shooting. The colours are face-melting and the range of crazy monsters are sure to start fits of giggles as you strive to protect your sweet little space cadets. 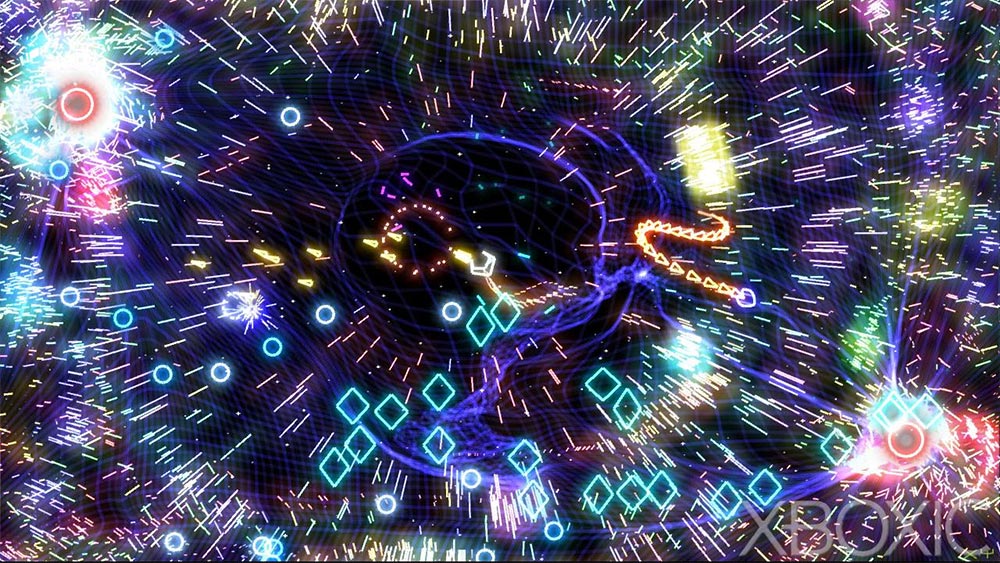 What started as a mini game in Project Gotham Racing soon evolved into its own game. Geometry Wars Evolved is available through backwards compatibility but if you like to try the latest release from –. Geometry Wars 3: Dimensions takes in the game in a whole new direction. The same neon, colour scheme, the same simple look and feel but now you have a 3rd dimension to deal with. 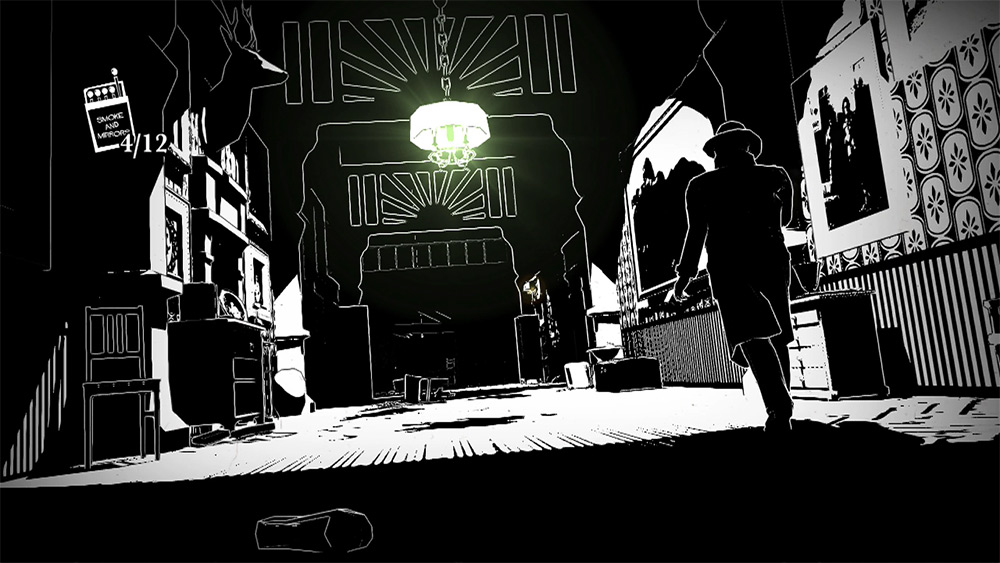 If many of these games seem too colourful then White Night is the polar opposite. White Night is all black and white and see’s you explore a creepy mansion in 1930.s America. There are no guns or weapons of any sort. Armed with a pack of matches you must light you way and run from lit area to lit area trying to escape to misty ghouls and figure out what has happened. The game tells a fantastic story and will freak you out. 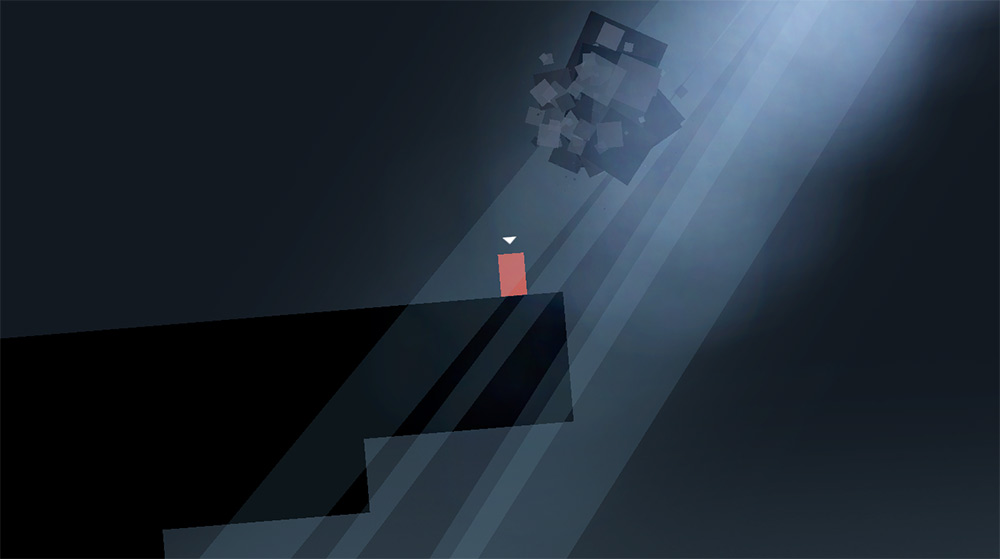 It’s so simple yet so difficult. You are a block who wakes up in a world in which their is a door. Getting to that door becomes harder and harder. Although the story sounds pretty lame, the game itself is quirky and fun and the added narration, makes you care more for those various block type, than some characters found in much bigger games. 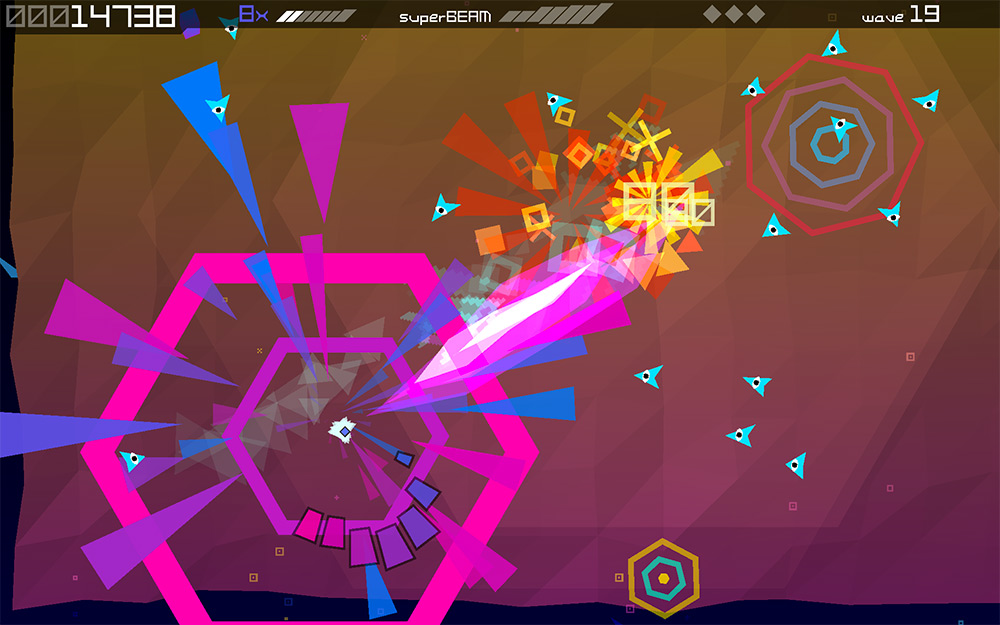 We are doomed is simply another version of Geometry Wars that uses a blade of energy instead of the traditional bullets. Obviously the players ship and enemies are different but you feel massively underpowered compared to the onslaught of enemies. Thankfully, there are save points every 10 levels to you do feel like you make some progress. However, it is the crazy shapes, trance soundtrack and frantic action it may fuse your brain. 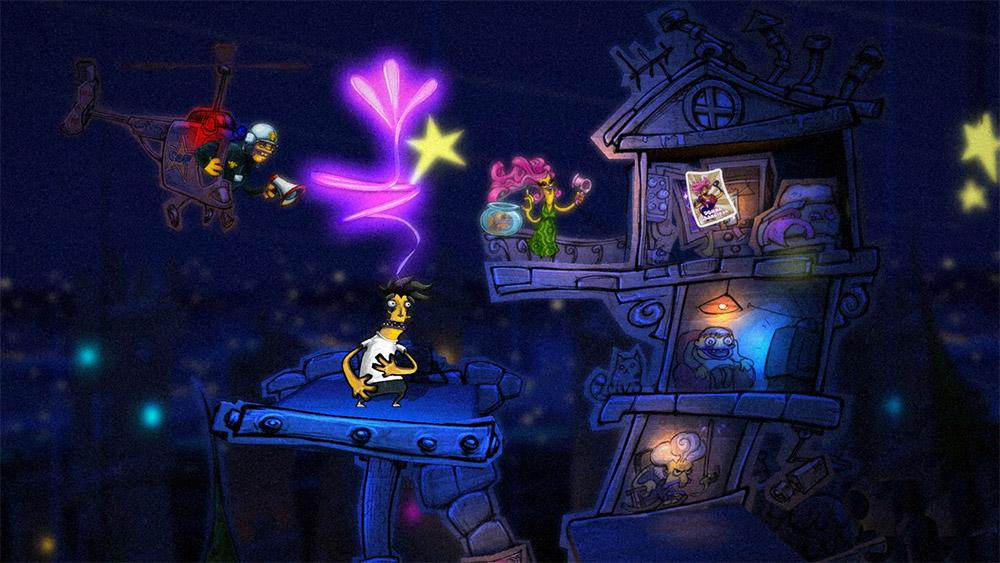 Stick It to the Man

This papercraft style 2D platformer has you removing false teeth from a crocodile called bitey, to blowing up a whales carcass to create a life raft. The game oozes style and will have you laughing throughout. You play Ray, a hardhat tester you gets hit on the head by a container holding an alien brain. The accident gives Ray telepathic powers which are used to read the minds of all the colourful characters to solves a variety of puzzles. 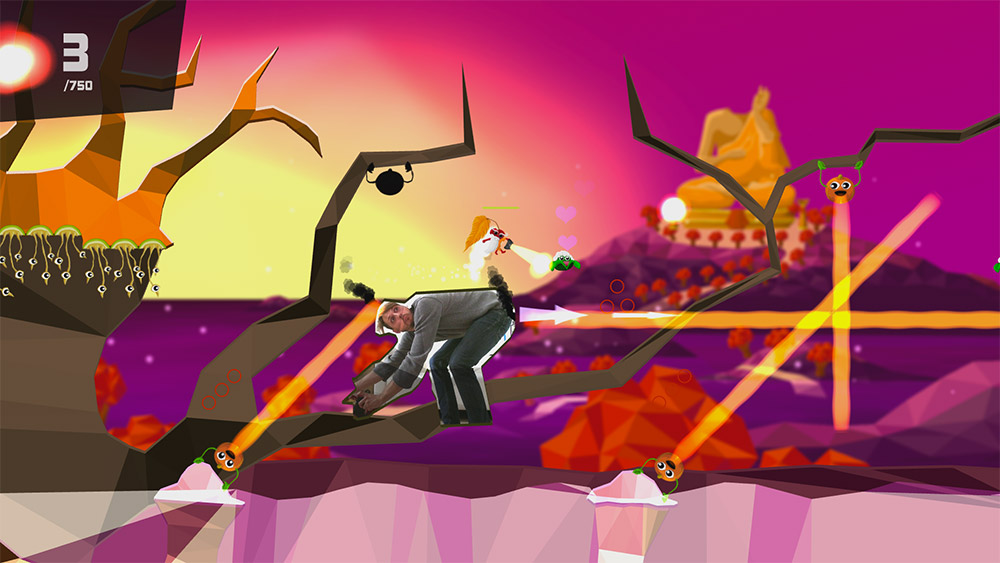 Those dreams of being inside an actual video game have finally been realised. In Commander Cherry, you can use the Kinect sensor to play a cadet and help your Cherry headed captain to navigate a series of levels by being various shaped bridges… Not quite what you expected? Commander Cherry is a puzzle platformer in which you can materialise in the game to form bridges that Cherry can use to complete his mission. It’s totally bonkers and worth playing just to get a few precious Yogawesome trophies. 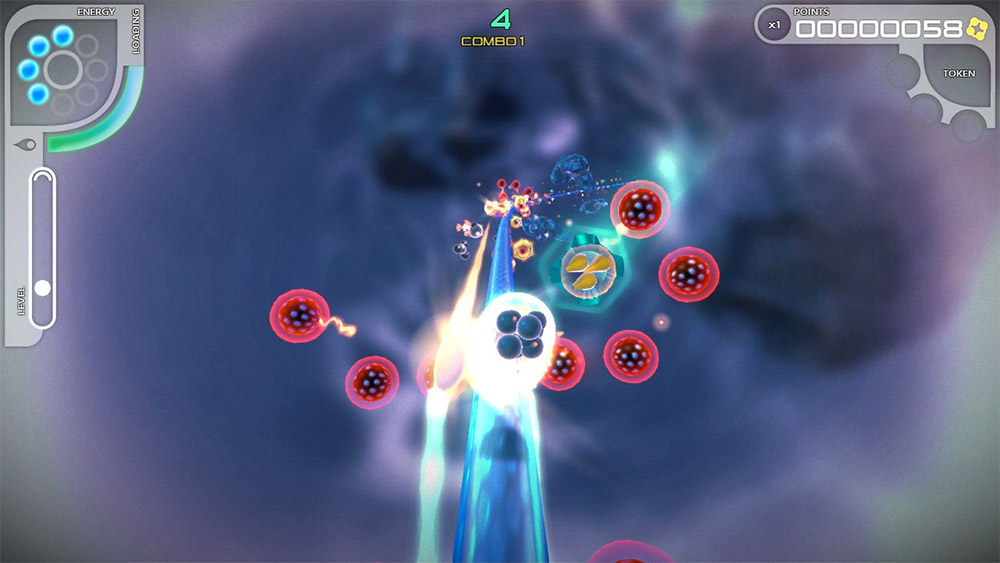 What could be more mind bending than seeing the world from a sub atomic perspective. In Fermi’s Path, you play as a particle on a terrific trip through subatomic space. Driven by the music you have to avoid obstacles and eliminate incoming particles on ever-accelerating levels. 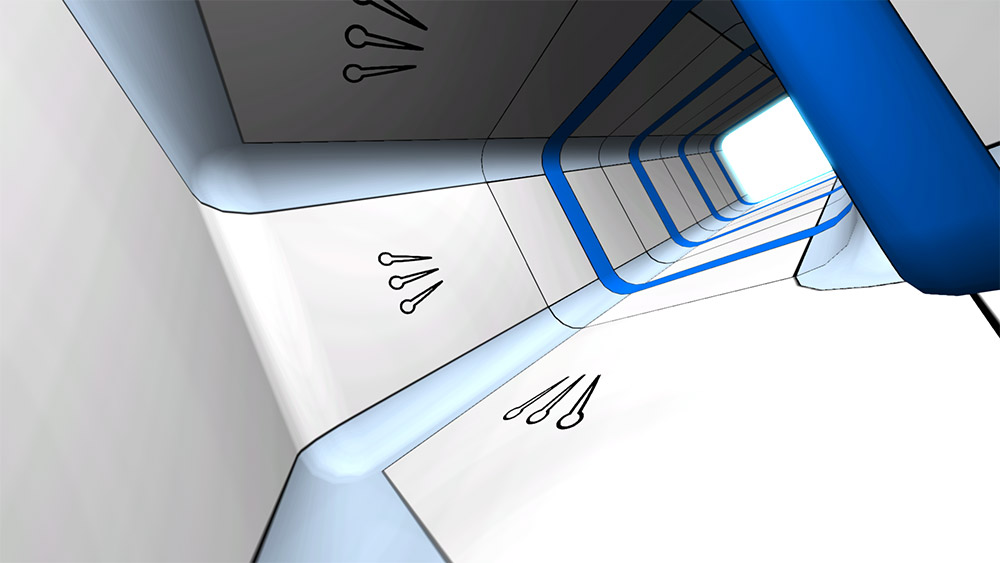 Do you hear voices? You will when you play Standpoint on Xbox One. Standpoint is a first person puzzle platformer that sees you waking up in a strange labyrinth-like world in which you are able to manipulate the world’s orientation and discover the truth of the voices around you. 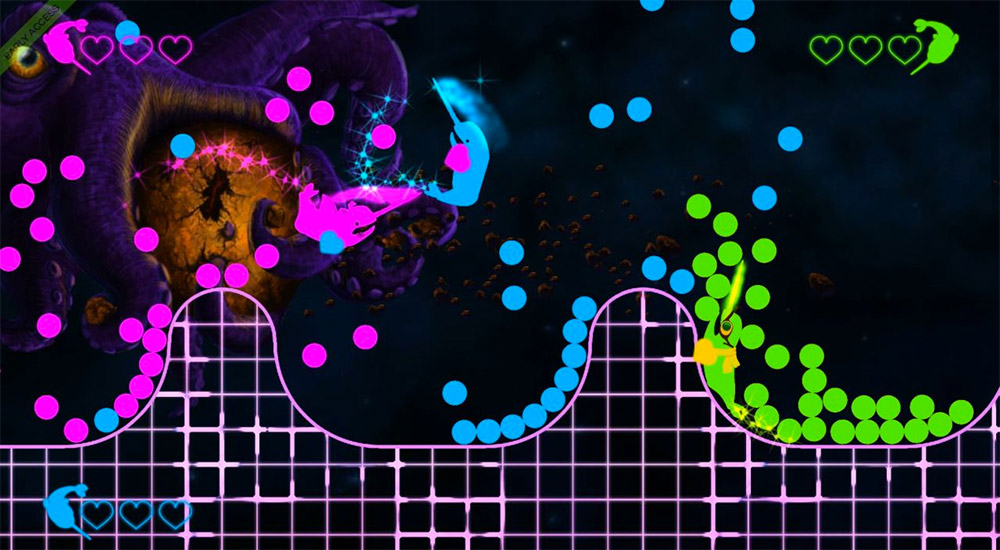 Just as you thought games couldn’t get any weirder, Starwal comes along.This couch co-op sees a plethora of customisable space Narwals attempt to stab each other in the heart across a range of game mode. The Starwals can wear bear hats, ballerina tutu’s or even wrapped in bacon. The game modes that include deathmatch, domination, capture the flag and challenges can be played in both single player or couch co-op but you will need friends as there is no online functionality.