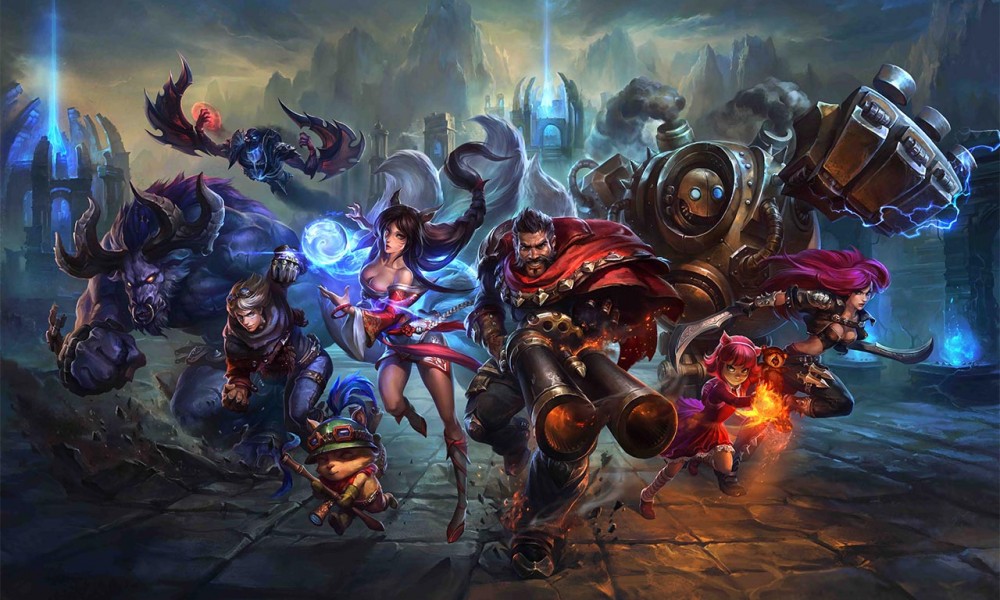 How Much Do League of Legend Players Get Paid?

At some stage in your life you’ve likely dreamed of being paid to play video games professionally.  If you’re reading this article then you’d happily sacrifice almost anything for the ability to be a pro gamer.

With the competitive League of Legends scene growing year on year becoming a Pro can now earn you a significant paycheck if you can compete with the best. In 2013 the US government recognised eSports players as professional athletes which was a huge win for the online gaming industry and continue to drive the growth and money in eSports.

Since that time the game has become an E-sports phenomenon, with millions of players worldwide and numerous international tournaments.  It’s estimated that some of the best LoL pros can now earn up to 1 million per year.

In this article we’ll be discussing the way pros earn money but also the way strong players can make money too. As part of their commitment to growing eSports, Riot Games (the creators of League of Legends) pay all players in a team a basic salary, as per section 2.2 of the LCS rules for Season 6.

This salary amounts to $12,500 per player (including subs) per split, which works out at around $25,000 per year (assuming the team isn’t relegated for either split). Players usually also have all their living expenses paid for by their team (rent, food etc) so the $12,500 salary goes further than you might expect.

In addition to basic compensation, teams/players can earn additional money in the playoffs as seen below.

Typically the very best of Lol Pros will be sponsored for big money but the assumption is that as eSports continues to grow so will the number of sponsored players. Like any professional sports even the lesser players can receive significant contribution from sponsors for brands that want to be highly visible in their market.

Although the sponsors vary significantly it would not be uncommon for a player to receive updates of $10,000 per sponsor per split and players can have more than just one sponsor.

Many of the pros choose to stream their games in the offseason and in doing so develop large followings of gamers searching for entertainment or advice on how to improve upon their own game.

Streaming Subs Subscribers are where Twitch.tv streamers make most of their earnings. It costs viewers $4.99 per month to subscribe to a stream, of which the streamer gets $2.50 per month. Although it doesn’t sound like much the numbers quickly add up when you have accounts with thousands of subscribers.  For example top streamers like The Oddone have thousands of subs and routinely bring in over $5,000 a month in sub earnings alone.

Advertising, such as Twitch partner, pay starts at $3.50 per 1,000 people who watch the ad and players can also do similar with YouTube advertising and Google AdSense although the income varies. A streamer with an average of 5,000 viewers can make as much $2,800 from ads.

Based on the article from gamurs.com it’s not uncommon for professional players to forego competitive careers for streaming due to the earnings potential they have.

Not only will can pro gamers attract sponsors for their channel they can also earn income from advertising, product placements and product mentions.

Many gaming companies offer affiliate programs, such as CD Key sites for example, and LoL pros can receive a commission any time someone buys a game key through one of their personal links. Again, although the commission is small it can add up quickly when you have a significant following.

Typically affiliate sales work off a percentage of the overall cost of the product. There are some highly lucrative affiliate incomes such as Razor that can pay as high as 20% for affiliates.

Actual earnings aren’t exposed in this regard however it’s estimated that it could be anywhere from $500 – $1500 for the top streamers.

Like any professional sports athlete tournaments are typically where the biggest earnings can be found. However, winning or reaching a professional tournament means you’ll need to be one of the best players in the world and is not something that is easily achieved by most players.

See the most recent table of eSports earnings

Here is a list of the top tournament player earnings:

The top earners are dominated by Korean players with 9 out of 10 players originating from the Republic of Korea. However even though NA and EU LoL Pro players are behind in prize money, they make considerably more in sponsorship and streaming opportunities.

The top earning league of legends pro is said to be Ocelot, who managed to increase his earnings to around $1,000,000 per year through a combination of merchandise, sponsorships and prize money.

Coaching and mentoring is becoming a large part of online gaming and when you consider other professional sports it’s rare to find a player who doesn’t have a coach to train and mentor them. Prices charged by coaches and mentors varies significantly but be prepared to pay for their experience and the better the player the more you’ll pay for coaching.

Boosting on the other hand is a service less experienced players can resort to by paying stronger players to play on their account and increase their rankings. Although professional players are less likely to have time for services like this it can be a decent money earner for strong players who won’t make pro but want to make an income from their skills.

A player could earn $500 dollars or more from boosting another player from Gold into Platinum or Diamond tier.

Selling game account can fetch players a significant income too. Not only can you sell your own personal account there are also sites like AussyELO.com who offer league of legends accounts for players who want to buy a league of legends accounts. A level 30 account, depending on account inclusions, can cost anywhere from $25.00 to $180.00 US for rare accounts and other inclusions.

Buying a league of legends account is an excellent away for players to practice with their Smurf account rather than ruining the ranking of their primary account. Having the ability to practice, develop your skills and fix your mistakes is a key requirement for any player wanting to push to pro level or gain a following due to your high skillset.

Champion skin (or just skin) refers to the color scheme or appearance of a champion. In League of Legends, most skins can be bought from the Riot Store with RP Riot Points, while others are or were available only from special events or promotions.

The skins that are only available for a limited time become rare and therefore over time begin to fetch the highest price. Originally you were able to receive rare skins through promotional unlock codes which could be received at gaming events and other vendors. However LoL skin codes can no longer be redeemed in the League of Legends client therefore the only way to gain access to these skins is to buy accounts that include the rare skin.

For skins such as the highly sought after Championship Riven you can expect to be charged around $300 dollars plus. So How Will You Earn Money?

In the past 10 years we’ve seen gaming go from offline to online and now due to the maturing of the internet and online business, it means that players of all skill levels have the opportunity to generate an income from gaming.

Your skill level or ability to entertain is likely the biggest factor in determining how much money you can make but having a combination of the two will certainly help.

We can also expect that over the next 10 years with continued developments in eSports and the availability of tournament broadcasts the popularity of eSports and it’s players will continue to drive corporate sponsorships and the money pro gamers can earn.

Over to you, How are you making money from League of Legends?