What the Biggest Games of 2016 Tell Us About the Industry 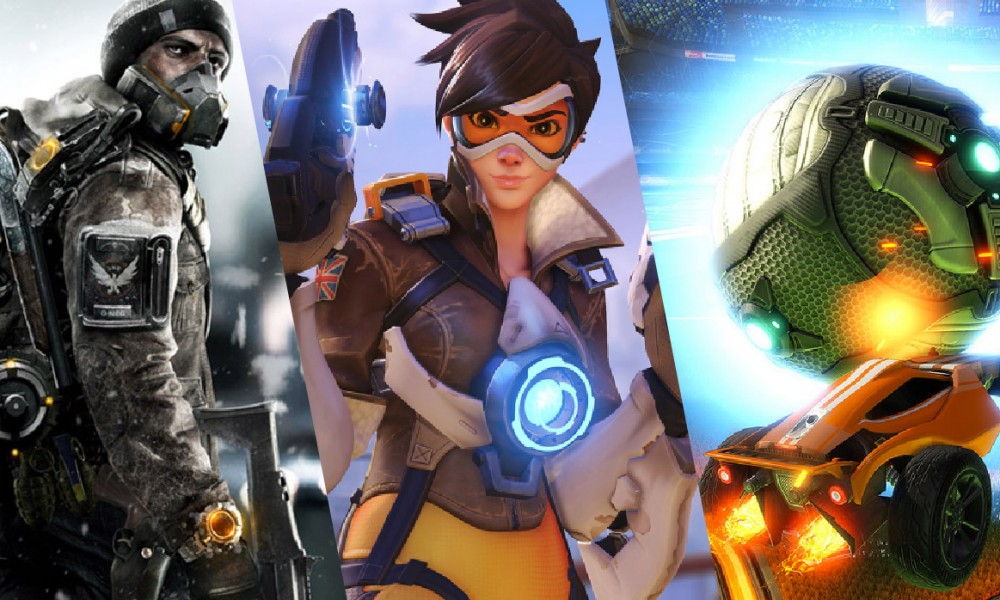 This year was certainly an interesting one for the gaming industry. Perhaps now more than ever we are seeing regular releases for blockbuster titles and sales to match. Medium-sized games, such as Rocket League, are becoming huge hits and maintaining massive player bases. Gaming news is becoming mainstream news, especially when stampedes are involved.

However, gaming is an industry that relies on reinventing itself regularly. Gamers get bored quickly with the same mechanics and same genres. Amazing graphics are considered a standard now instead of a feature. This leads to a culture of experimentation and renewal to a certain degree, and while some aspects of gaming are cemented, some of the biggest releases of the year speak otherwise.

Let’s look at some of this year’s biggest successes (and failures) and see what we can determine: Few people would have predicted the success of the walking simulator. On paper, most people would consider them boring, but the quality and success of games such as Firewatch and the console version of Gone Home speak otherwise. Gamers responded well to the rich worlds and the idea of being in a unique version of an interactive storybook.

Will the rise of the walking simulator signal to developers that gamers are demanding more crafted worlds and enriching stories from their games? Will the pacing of games change as a result? The industry will certainly keep making walking simulators, but a main point of interest will be in seeing how aspects of these games bleed into other genres. The Rise of the Hero Shooter

As far as direct market competition stories went, there was no larger industry competition than that between Battleborn and Overwatch, with Blizzard’s Titan clearly proving itself to be the victor in the eyes of the general gamer, for good or for ill. While we can’t say for certain how many people still play Overwatch regularly to this date, over 20 million people registered to play as of October, and the community is holding strong.

While the Hero Shooter isn’t necessarily a new concept (Team Fortress 2 was popular years before Overwatch was even heard of), Overwatch brought it up to date and put its massive marketing team behind it. Players likely enjoy the pick-up-and-play nature of the title as well as the shift from the more traditional shooters, such as Call of Duty or Battlefield. We are likely to see imitators in the future, although how they’ll expand upon the genre remains to be seen. With a larger player base, the expanding gaming market and easier internet access worldwide, the success of these games could simply be the continued result of increasing demand for multiplayer gaming. That being said, without a strong release and constant updates, multiplayer games in the future are at the constant risk of irrelevancy. Gamers will be all too happy to move to a new release should they get bored with their current choice. The Rise of Pokémon Go and the Future of AR

Pokemon Go, around its release, was effectively synonymous with AR gaming. There were literally stampedes in the streets over catching a rare Pokemon. It was downloaded at least 100 million times on the Google Play store alone. It raked in millions of dollars in purchasables despite being a “free” game.

We are starting to see the expected drop in Pokemon Go users now that the fad has passed. But the release of the game proved itself as a large-scale proof of concept for AR games, and while the consumer viability of VR is still in question, nearly everyone has a smartphone capable of some level of AR gaming. It’s doubtful that it will remain a gimmick in the coming years. We just need to see exactly how it will be integrated into the newest hardware and games. The Success of Mid-Tier Gaming

The market is also lending itself to mid-tier gaming, allowing studios with a strong development team but not an AAA budget to create amazing, focused games. Think of the previously mentioned Rocket League or ReCore. Other games such as Necropolis and Thumper are also successes, with the latter receiving more accolades than I can count.

The successes of these titles pave the way for other studios to take similar risks and for the companies who are succeeding to expand on their success, creating some much-needed variety in major offerings. As game development becomes relatively easier and the tools available become more universally available, we could very well see a huge variety of small and mid-tier yet still excellent games (think about the absolute success of Stardew Valley) on the way. The Elimination of Platform Boundaries

Choosing a platform to play your games on used to be a much more difficult choice for consumers; a few decades ago console exclusives were the norm and PC gaming was in its own realm entirely. However now many games are not only a multi-platform release, but cross-platform play is a reality with Rocket League, making us wonder whether other developers and servers will follow suit. How will hardware manufacturers react?

While some PC ports are still disastrous and unplayable (the No Man’s Sky original PC launch comes to mind), we still are seeing simultaneous PC releases of some of the biggest titles. PC ports of older games, such as Final Fantasy X, are becoming a regular occurrence. Indie PC titles, such as The Binding of Isaac or Crypt of the Necrodancer, are getting ports to portable systems. Clearly, the incentives to remaining on a single console are out measured by the expanded audience of being a multi-platform title. This is only a good thing for the general consumer. The gaming industry is in many ways a fickle and evolving one, but nevertheless, some trends shine through. This year’s developments will surely carry on as the market reacts and development continues for next year’s titles. Will we see more multiplayer components like those placed in games like DOOM? Will game designers continue to find ways to keep walking simulators fresh? What mid-tier and indie successes can we look forward to? We look forward to seeing the answers to these questions.

Do you have any thoughts on the future of the gaming industry based on these insights? Do you have any different opinions on where gaming is headed over the next few years? There is a lot to consider, so please leave a comment and tell us your thoughts.

About the Author: Cassie is an entertainment and technology blogger who enjoys playing video games and contemplating their future in our cultural landscape. Check out more of Cassie’s articles at Culture Coverage and Secure Thoughts.