My Top 13 Xbox One Games at EGX Rezzed

Gamers, developers, publishers, and press have put down the controllers and left the London Docklands.  They now search for other exciting events being held as part of the London Games Week. EGX Rezzed on Tobacco Dock has now come to an end. I have seen and played so many new and fascinating games, I have a renewed confidence in this amazing industry that we are in. But what of the smorgasbord of games took my fancy. There is too much to say, however, I would like to shine a particular light on thirteen amazing Xbox One games from EGX Rezzed. 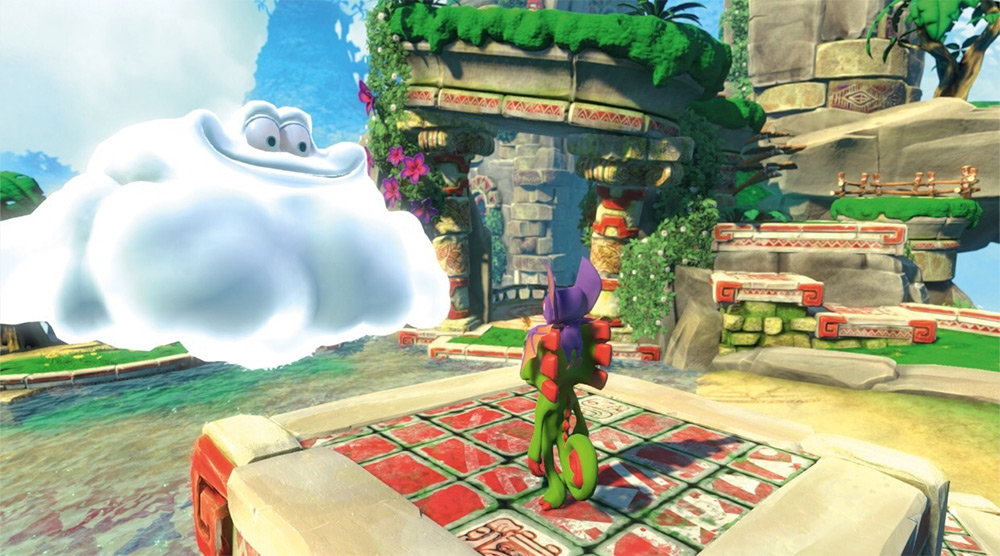 Starting with an obvious one, it’s Yooka Laylee. I have to admit that I was originally a skeptic. The original Kickstarter footage looked bright and colourful but the levels were sparse and I was worried that it wouldn’t feel like the Banjo Kazooie beater we had hoped. However, after a good few plays, I can safely say that it had a well-considered level structure, colourful characters to interact with, and solid controls. With only a week to release, I have definitely been swayed. 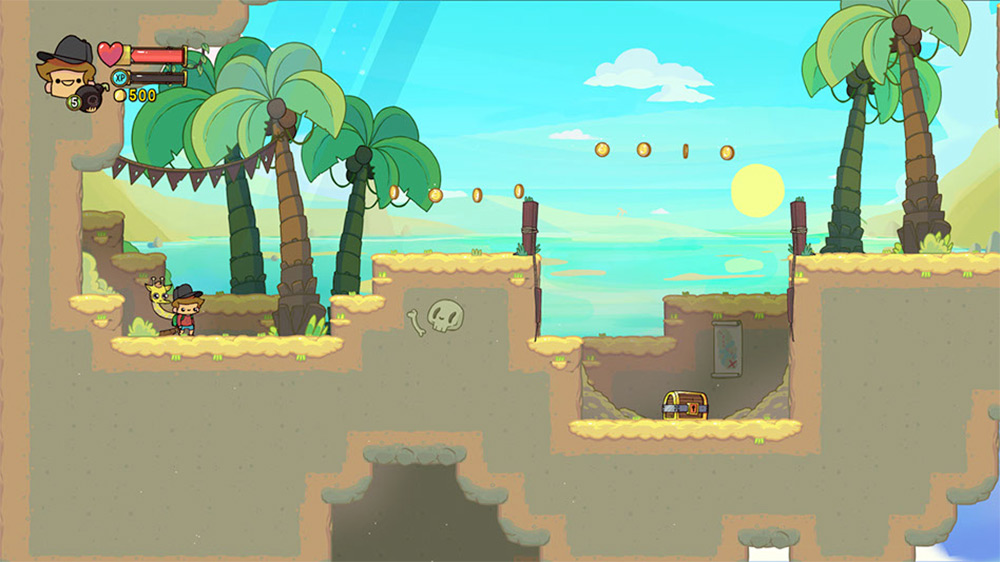 What started as a popular Flash game has been reinvented, rebuilt and reimagined for consoles. Colourful cartoon graphics, off the wall characters, and easy to pick up and play gameplay makes this a sure fire hit in my household. The crazy story, flying giraffe and light RPG elements make it the perfect games for young and old and I have no mouth that this is a contender for my top Xbox One games for Children 2017. 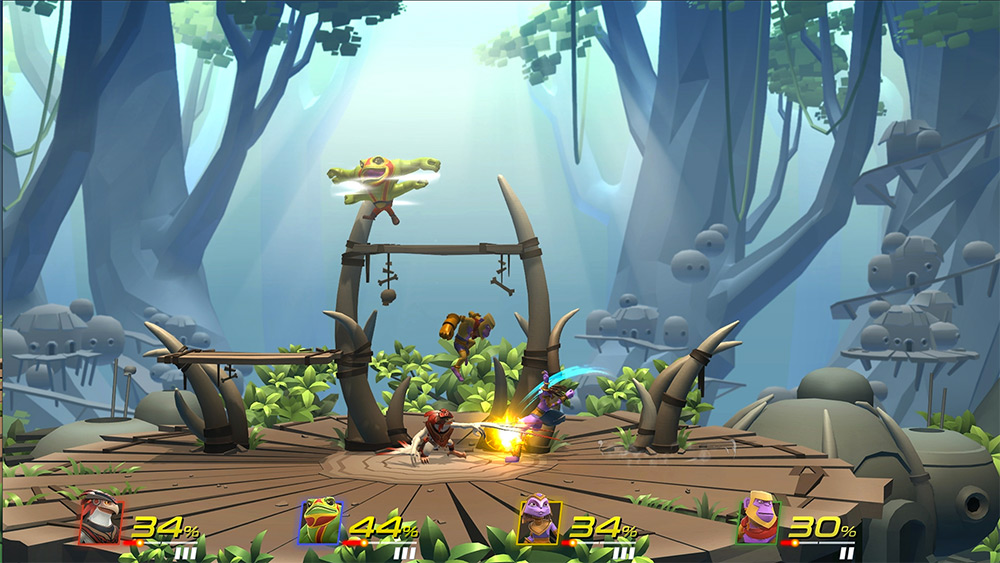 The Super Smash Brothers come to Xbox One in the form of Brawlout. Beautifully animated characters battle it out in multi-tiered arenas. Each of the players I managed to see had vastly different combat styles from grapplers to dive kickers. The low-poly 3D environments all presented different layouts changing how you approach the match. Furious four player action that was great fun with friends. 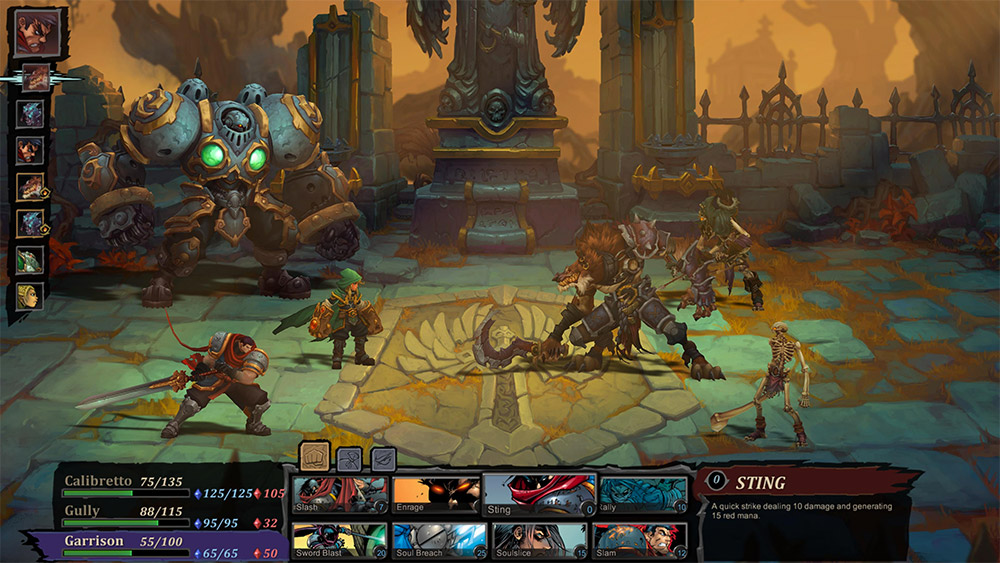 Battlechasers mixes classic JRPG combat with action-packed dungeon crawling all wrapped up in stylish cartoon visuals. Battlechasers boast randomly generating dungeons with various difficulty levels. After raising over $850,000 this looks pretty special and once the 2D animated cutscenes by Powerhouse Animation Studios are in, this has the potential to be an epic adventure. 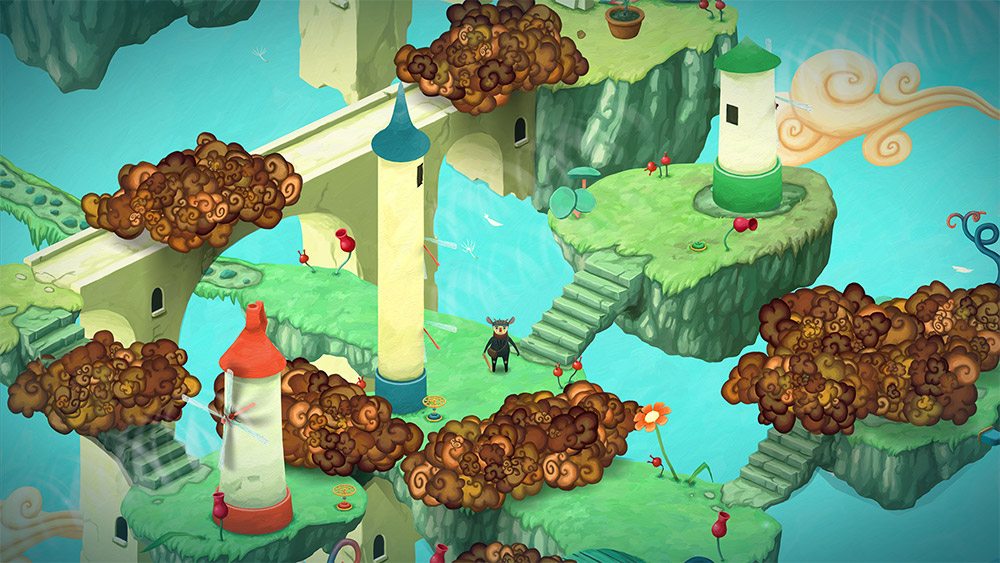 I was a huge fan of Back To Bed on Steam with its surreal levels and humorous puzzles. When I saw Figment running on the big screen, it was like looking at beautiful concept work lovingly brought to life. Bedtime Digital is planning to take us on another mind-bending adventure and explores feelings and emotions in a wonderfully colourful world of floating apples, trumpet flowers and windmills. 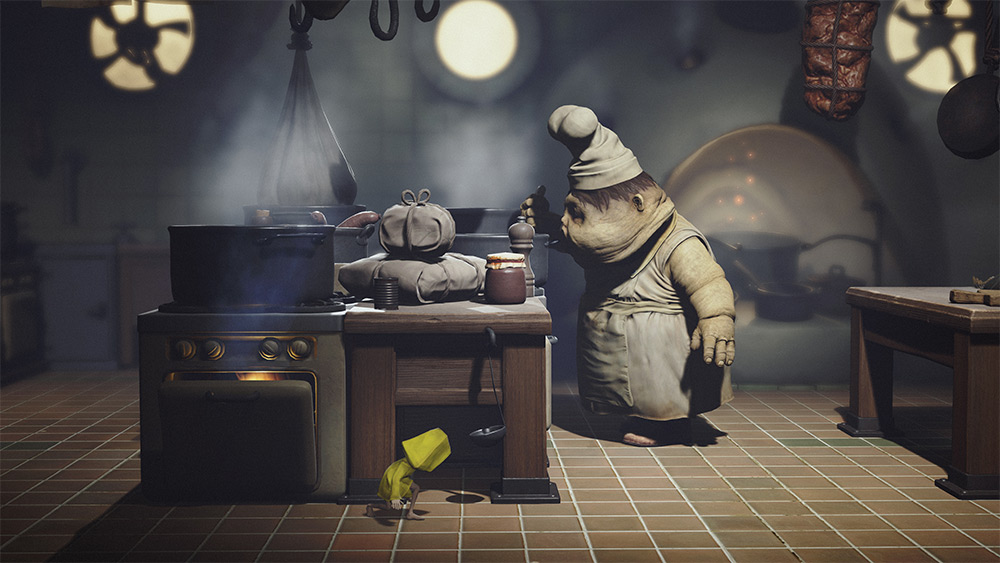 EGX wasn’t short of eerie games. Little Nightmares follows the escape of Six, a yellow coated girl attempting to escape the Maw, an over-sized and creepy place full of troll-like cooks and a janitor who looks like Mr. Tickle after spending too long in Silent Hill. the harrowingly beautiful game had me grinding meat to create a string of sausages to swing on. Whilst I only had 10 minutes of game time, the nightmares will stay with me for a lot longer. 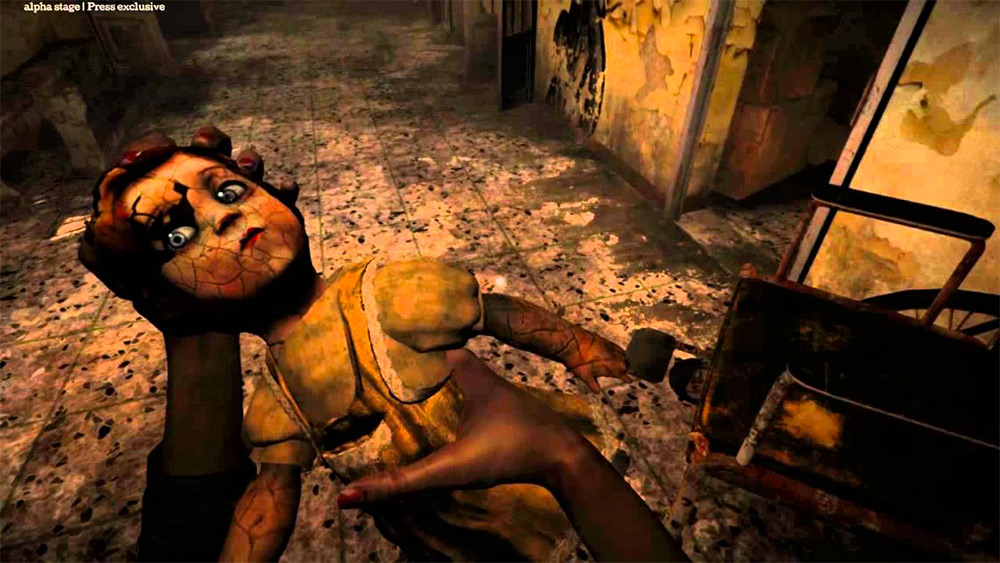 Another dark and creepy game, this time by LKA. The Town of Light is a psychological adventure told in the first person. The story is set in a real place in Italy that has been meticulously reconstructed for this game. Through the exploration and interaction with the environment, you learn more about the history of the main character through her confused viewpoint. It’s also got a creepy doll in as well just to mess with your head. 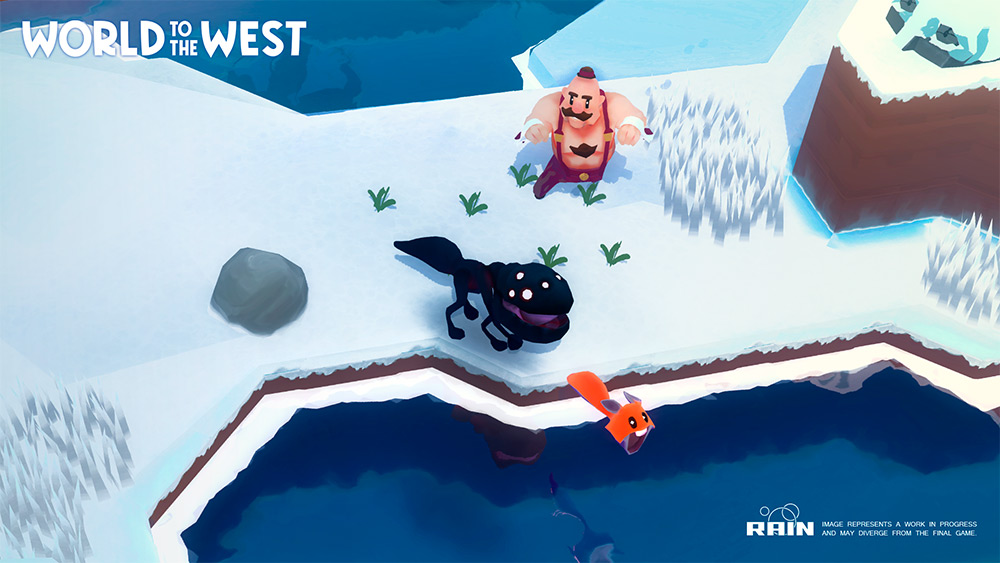 World To The West

World to the West is set in the same world as Teslagrad. I was surprised to become so engrossed so quickly and after 20 minutes or so I had to be tapped out in order to let others have a play. I later returned to with wonderful top down adventure eager to explore the various stories and mechanics on offer. World to the West looks to have various intertwining narratives all weaved together with exploration, puzzles and fighting. Definitely, one to watch. 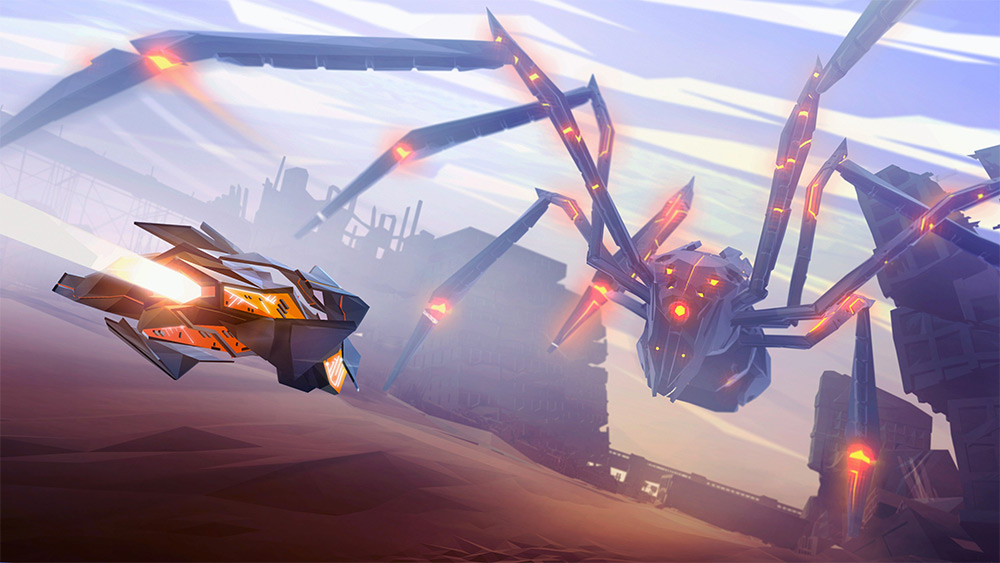 Speed through stunning, stylised environments tracing ribbons of light, releasing the energy in the music. Battle strange enemies and fight massively epic bosses battles all driven by an incredible heart-pounding soundtrack. There is currently nothing like this out on Xbox One and it will make a fantastic addition to the catalogue. 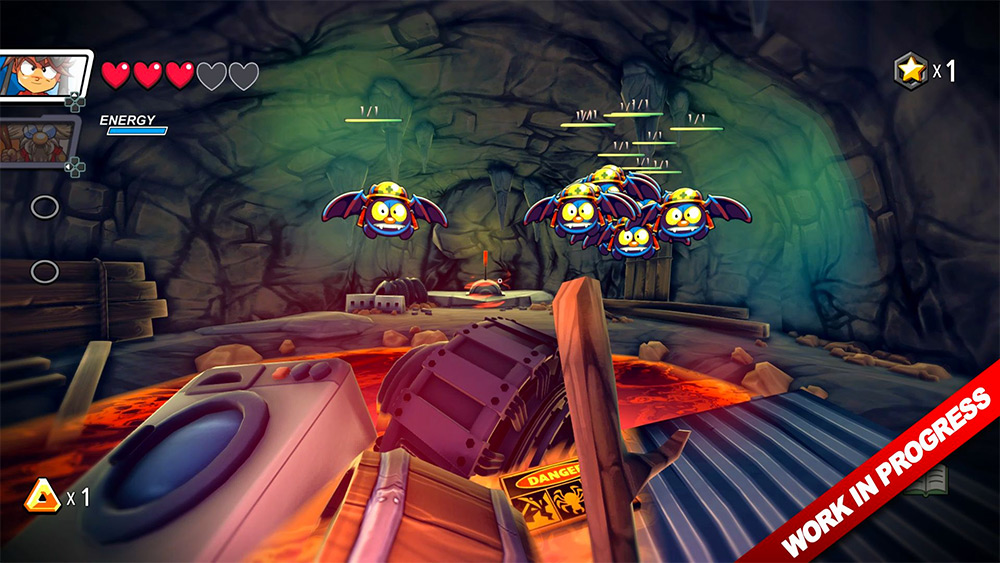 Away – Journey to the Unexpected

Away: Journey to the Unexpected is a colourful first-person adventure game that combines action, negotiation and rogue-lite elements. The most unusual aspect of this one was the mix of 2D characters and 3D gameplay. The cartoon style is reminiscent of Saturday morning cartoons and in a weirdly wonderful way, it all works really well.

Groundhog Day meets Cluedo in this puzzle-and-adventure game featuring intrigue, murder and the (quite possibly) occult! You play the elderly priest Lafcadio Boone who is stuck in a time loop whilst guests of the Marquis Masked Ball are all murdered around the mansion. Roam around the house, solve the mystery and maybe, just maybe you can escape the never-ending cycle. Fantastic concept, amazing visuals and great fun to play. 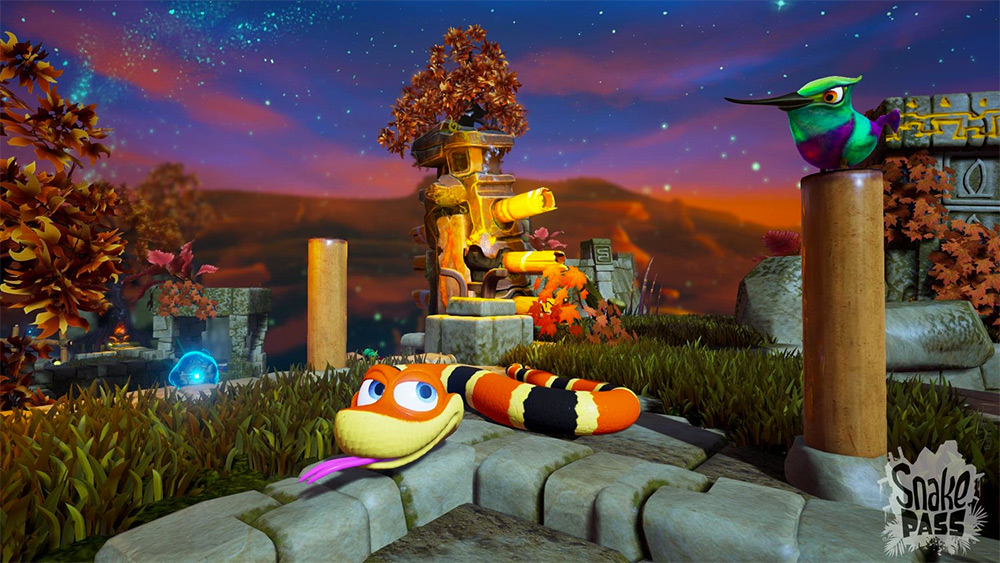 Whilst I loved the visual style, colourful characters and overall concept of Snake Pass, I really wanted a couple of hours with the game to truly think like a snake. The unique control scheme meant this game was hard to pick up with only a few minutes of play time but I could sense its potential and I was eager to play more. 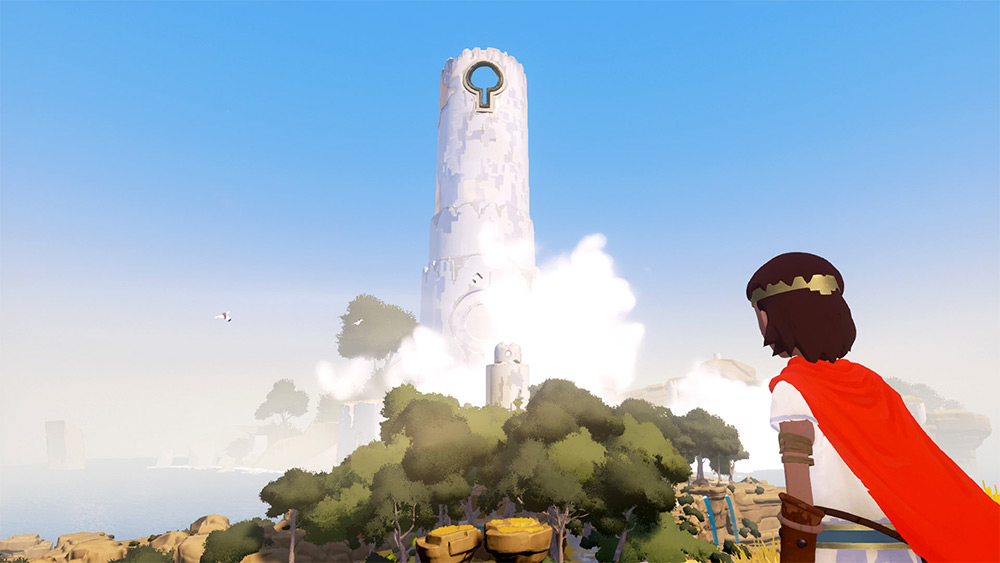 Rime is a third-person adventure game by Tequila Works with an eye-blistering colour palette, a serene and peaceful soundtrack and an unusual shouting mechanic. The game involves a boy who is washed ashore a strange island and is searching for someway to escape. The visuals are stunning and with a fully working day and night cycle, it promises different experiences depending on the time of day. Whilst the game looks like an open world, most of the game I played seemed to have a define push towards a certain path. However, this did not detract from the overall enjoyment.