Review: Bear With Me | Steam 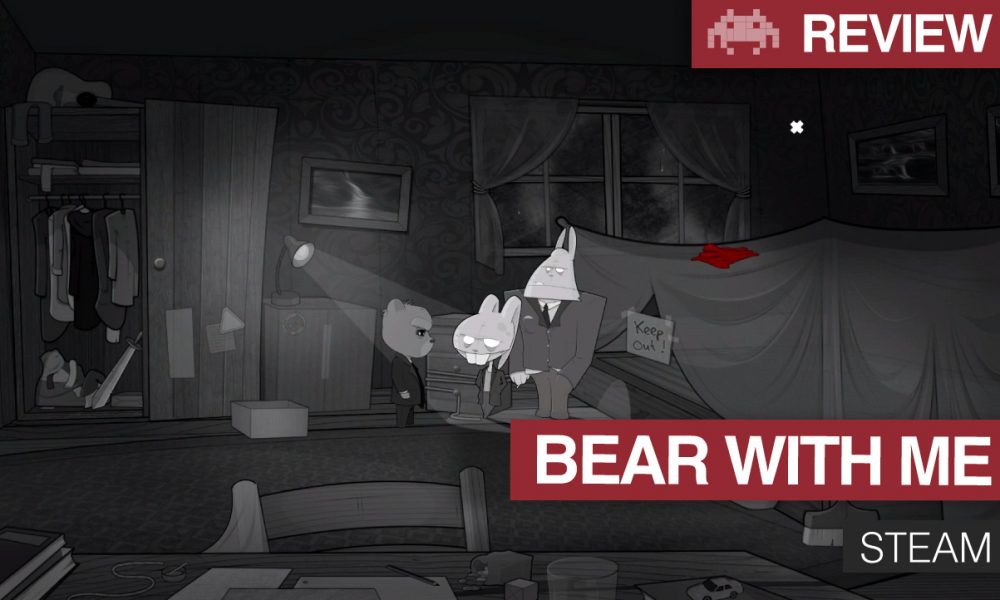 Exordium Game’s Bear With Me is an indie, point-and-click, adventure game set in a black and white cartoonish world infused with a subtle, unsettling darkness.

The gameplay is quite simple. In fact, puzzles and item management, staples of the genre, might not satisfy those looking for an extreme challenge. Furthermore, the environment is riddled with interactive objects, most of which useless, which are quite mundane and often redundant.

This game is clearly about storytelling. 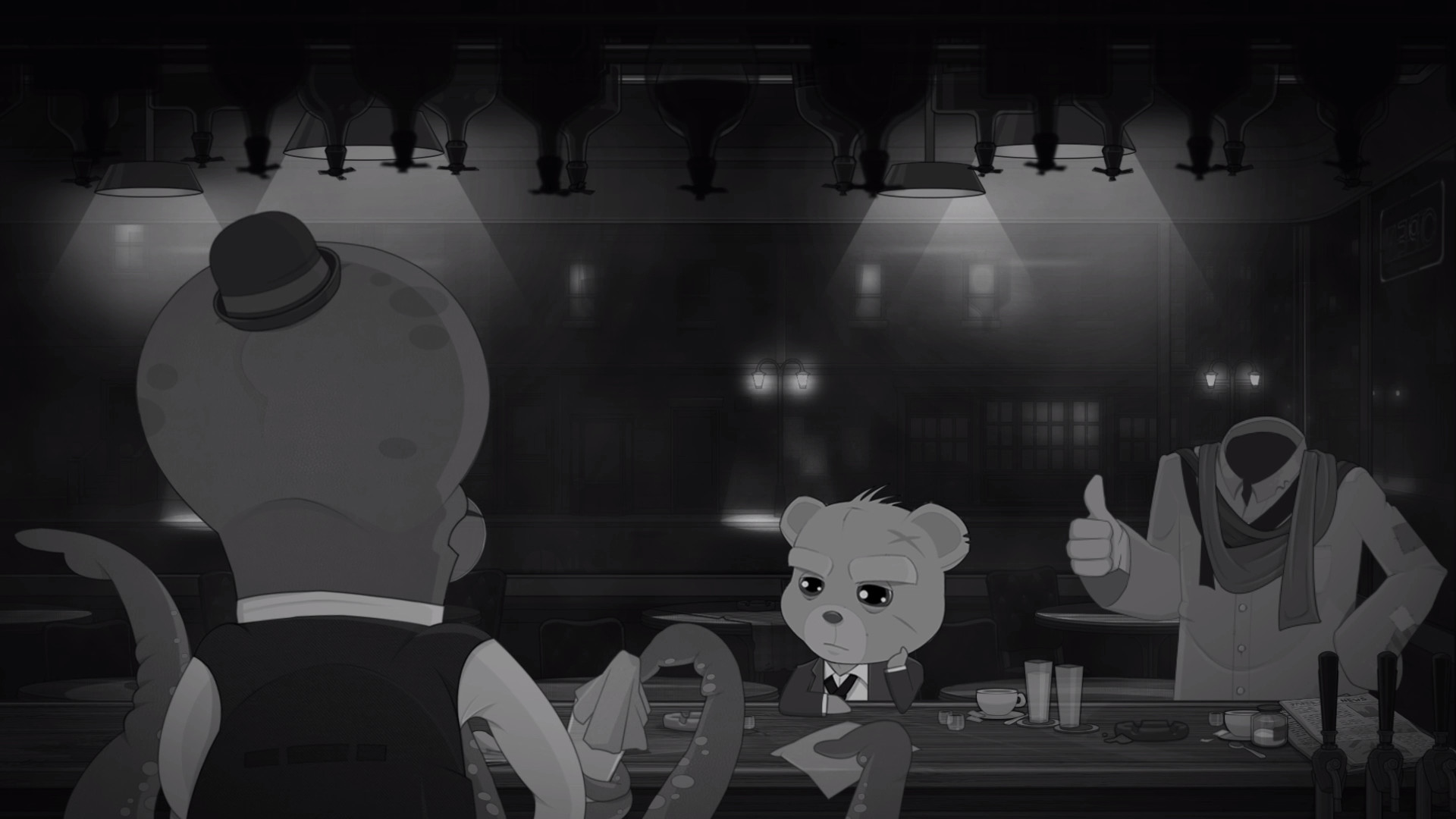 Amber, a little girl, wakes up from a nightmare of a burning city, only to find out that her brother is missing. She engages the help of Ted, an anthropomorphic teddy bear detective whose office happens to be in her drawer.

What might sound like the premise of a naïve children’s story instantly reveals a mature plot and a lingering mystery. By exploring her surroundings, Amber comes in contact with a handful of absurd characters who are collectively weary of the presence of “The Red Man”, a ghastly figure haunting Paper City which seems to be behind a plethora of sinister calamities and, furthermore, is questioning the locals about little Amber.

The game’s atmosphere is simply astonishing. The black and white surroundings, mainly consisting in the main character’s house and Paper City, look realistic, but also slightly disordered and shabby, just enough to unsettle the mind and convey a strange sense of desperation. There’s something off about each of the characters, something ominous, one can’t point out with precision, which blends perfectly with the quiet music, the battering of the rain, and the thundering of the storm. 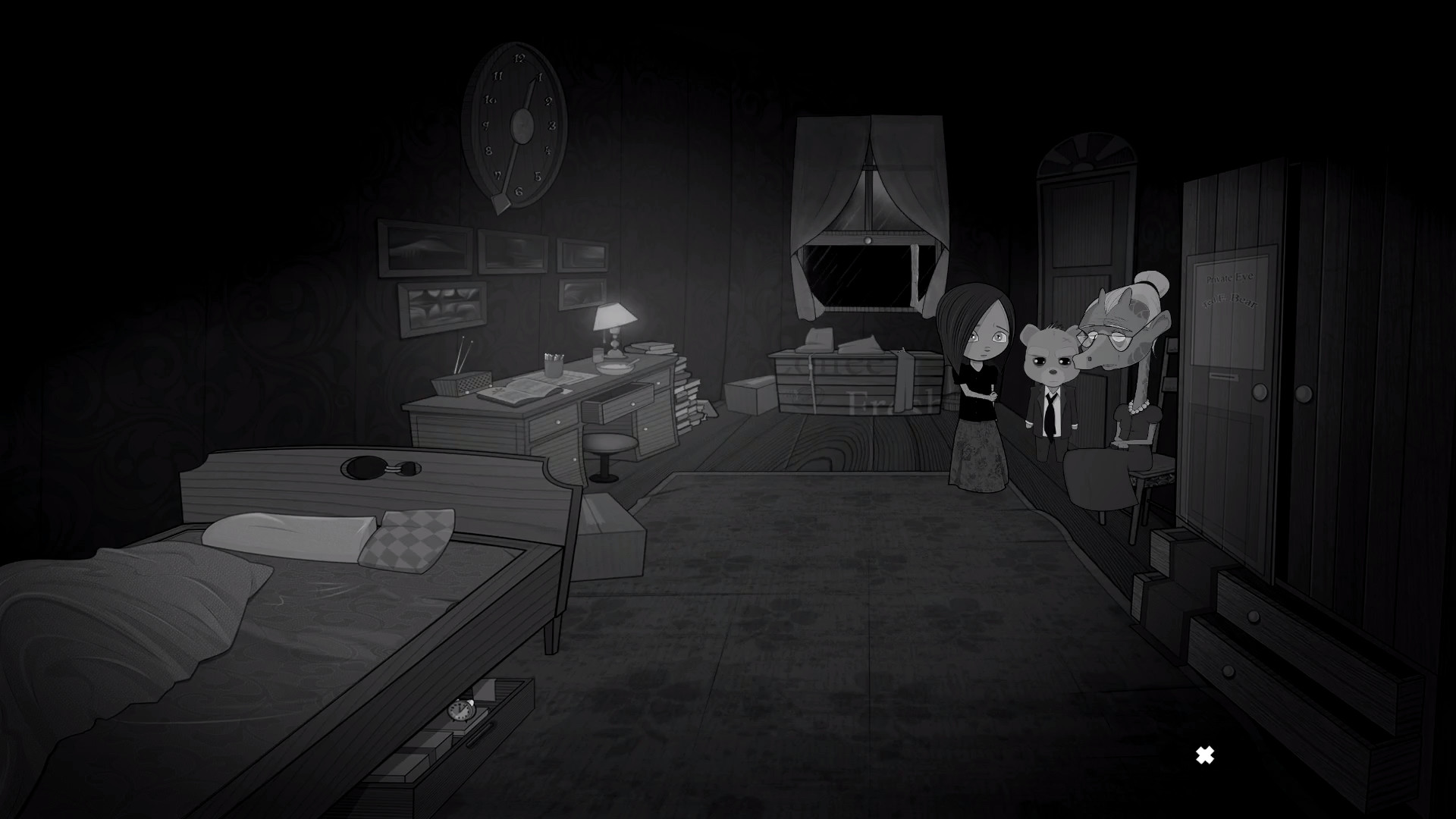 However, there’s a lot of breaking the fourth wall here, some of which is baffling and poorly handled. Also, there are quite a lot of pop culture references: while some are genuinely funny, others feel cheesy and cheap.

Both the setting and the plot are realistic and surreal at the same time. While solving the mystery, Amber stumbles upon a robot, a talking mirror, an old humanoid giraffe, and more. All of these characters are absurd, but they act in a way that feels completely natural to Amber’s world and play into a series of narrative tropes, such as the old lady, the drunken half-retired detective, the scruffy kind-hearted industrial worker. Amber doesn’t question the odd nature of these individuals and neither does the player eventually.

The game is divided into three episodes and during each one of these, the plot thickens. The pair ventures into the city and engages in true noir fiction mystery solving. The encounters with the Red Man are absolutely heart-stopping, while the parts of exploration of the subconscious reveal the true storytelling mastery of the developers. It all leads to a powerful and unexpected conclusion.

Bear With Me is humoristic, twisted, and dark. The lovers of true indie mystery just can’t skip this indie title. 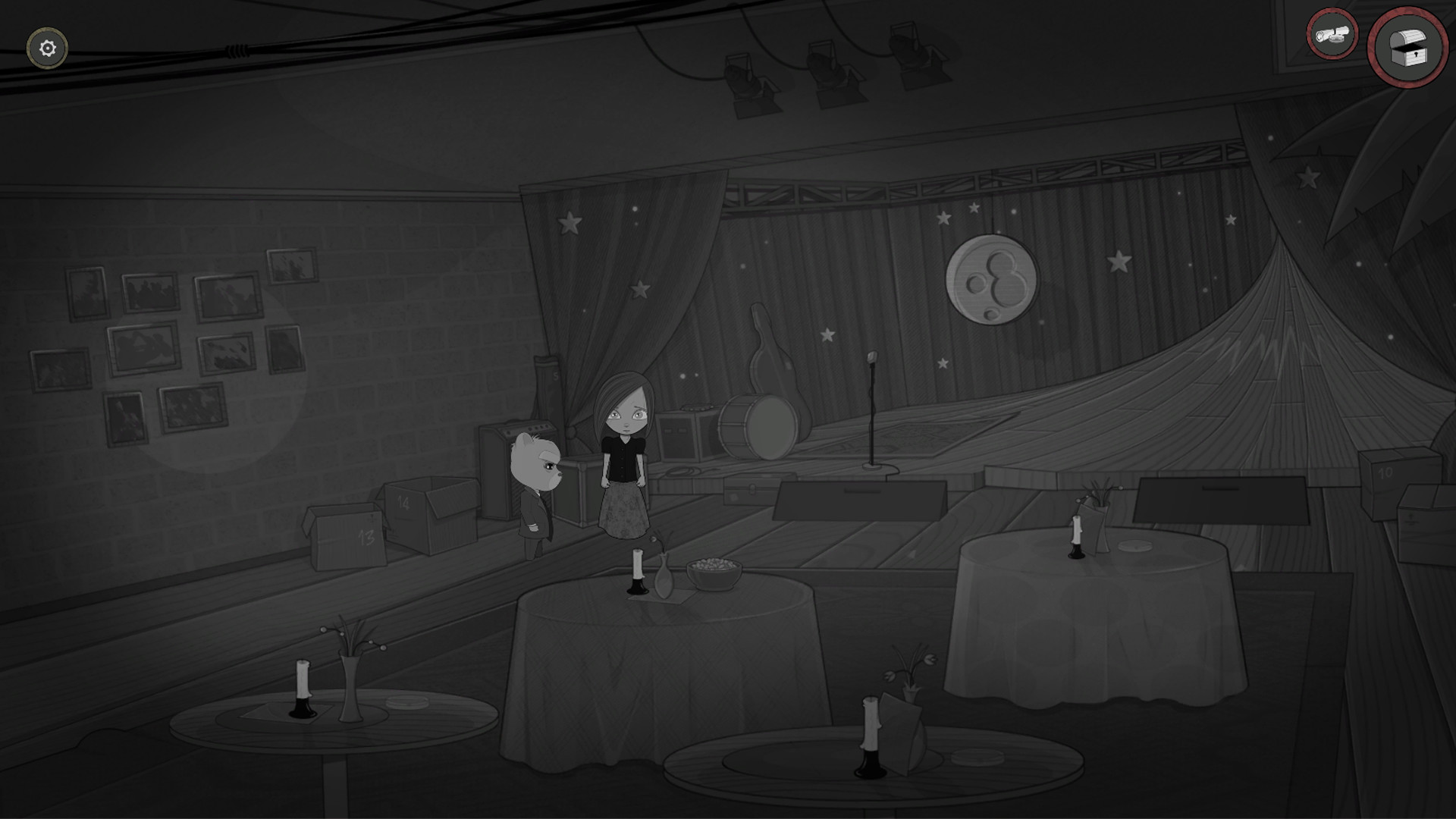