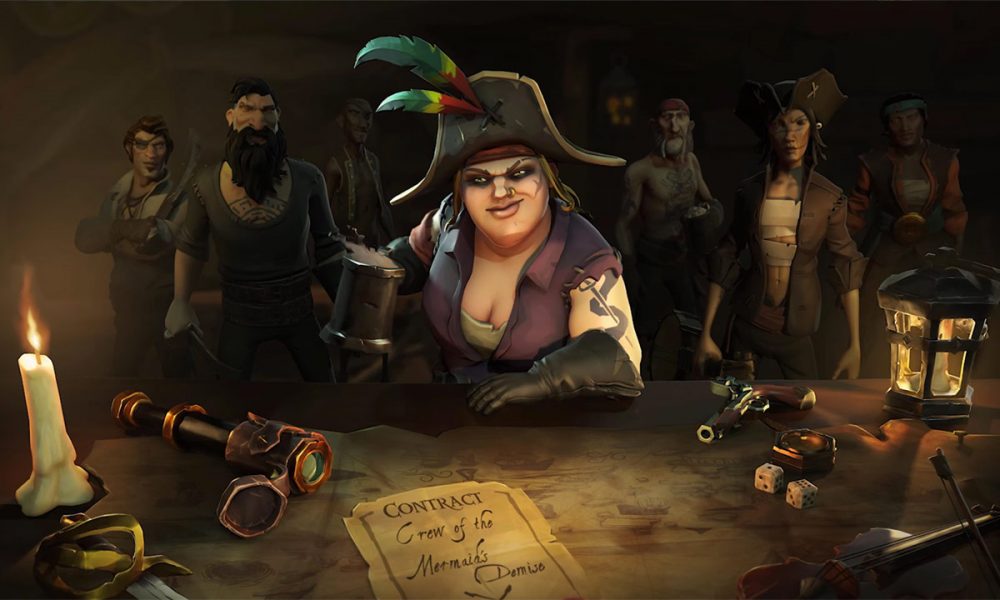 Pirates have always been an odd topic for video games. The idea of playing as a pirate in a  video game seemed like a match made in heaven, as players can kill indiscriminately, collect loot and travel the globe having adventures. Yet, it has very rarely been done well.

From the seminal ‘Sid Meier’s Pirates’ back in 1987 to the more recent ‘Sea of Thieves’ by Rare, being a pirate on the open sea has always intrigued gamers and when it is done well, it can be a lot of fun. After been blown away by Sid Meier’s Pirates in the late eighties , I then rolled around with laughter playing ‘The Secret of Monkey Island’ and ‘LeChuck’s Revenge’ in the early nineties. After a run of such amazing pirate games, I remember a distinct lack of any good pirate games for about a decade. The closest game to even come close to simulating piracy on the high see’s was ‘Skies of Arcadia’ in 2000, which was one of the best titles on the Sega Dreamcast, and opted for flying pirates over the more traditional fare. 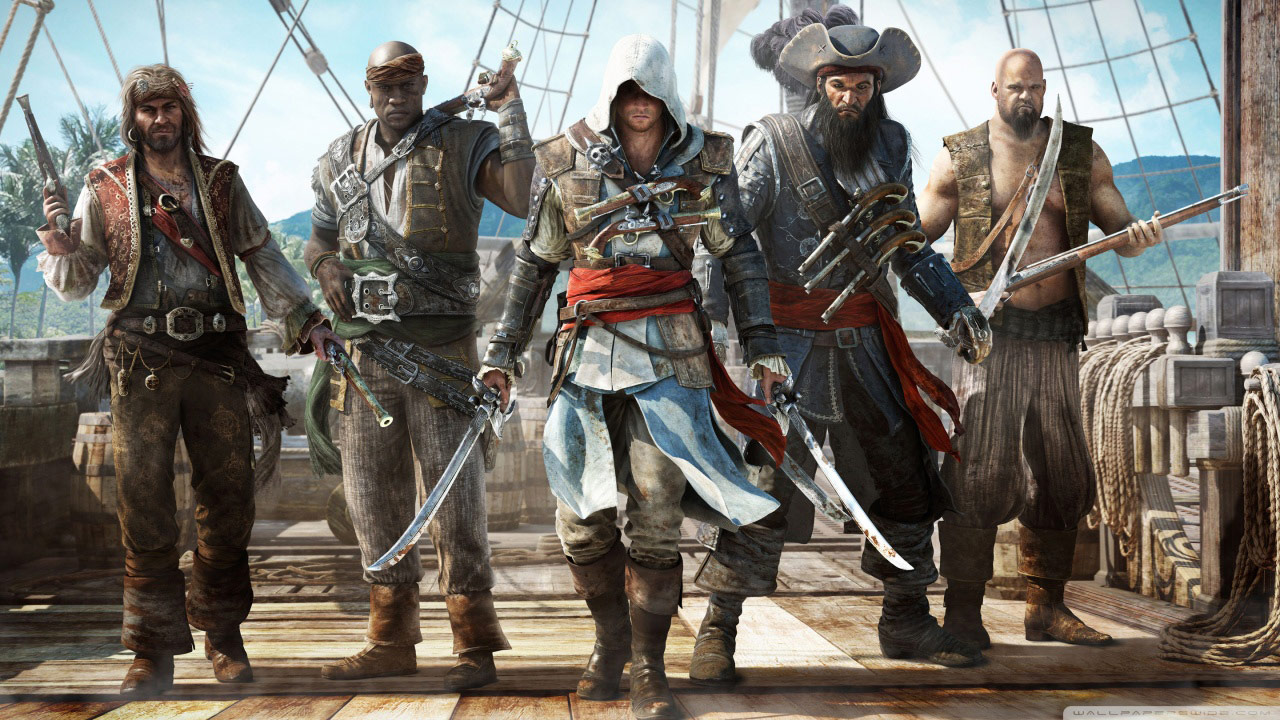 Almost five years after the LEGO game was released, we got one of THE best pirate games of recent history; Assassin’s Creed 4: Black Flag. This is my favourite game in the series to date and followed the exploits of a drunken down-and-out called Edward Kenway, who becomes a pirate, sailed the seas and even got to meet the famous Blackbeard. Around the same time, we saw the release of Risen 2: Dark Waters, the sequel to the fun pirate RPG that enjoyed a tonne of swashbuckling action. Sadly, it wasn’t as good as the original. 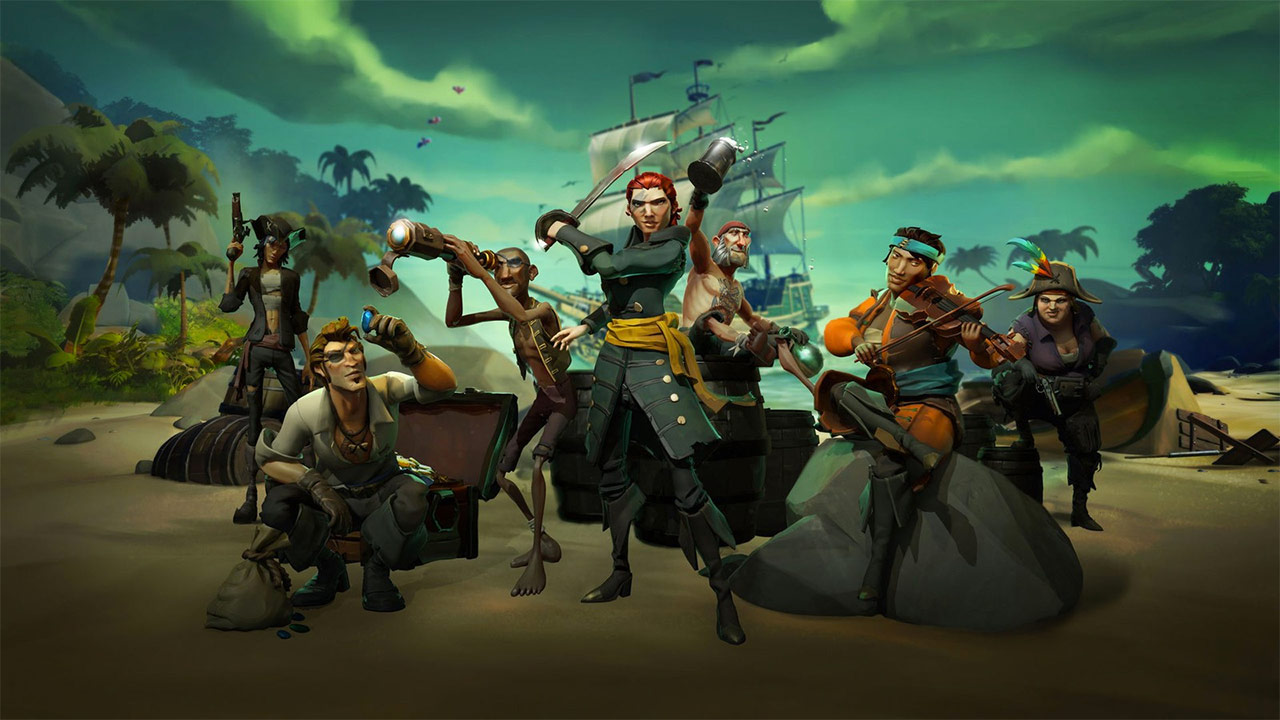 After a short lull in pirate games, we suddenly get two massively multiplayer online pirate games within twelve months. In Sea of Thieves, you play as an individual pirate who is free from the shackles of a pirate ship. Your pirate can leap into the water, explore mysterious shipwrecks, hunt for treasure on islands and fight skeletons with a sword. The graphics have a stylized cartoon look and the aim is to work together and have fun doing it.

Skull & Bones, on the other hand, emerged from the naval combat in Assassin’s Creed 4: Black Flag, and while it’s set in a shared open world, it is much more combat-focused. In Skull & Bones, the aim is to build a fleet of ships and set out to overthrow rival pirate captains. Tonely, Skull and Bones have gone for a more realistic look and feel. With pirate games of all shapes and size to choose from, now is the perfect time to dust of your scabbard, put on your eye patch and brush up on your sea shanties, as whether you are playing Sea of Thieves, Assassin’s Creed 4: Black Flag or even Shantae and the Pirate’s Curse, ‘there be a lot of treasure on that their ocean!’.