At first sight, Trailblazers looks like a mix between Borderlands and Wipeout as steampunk-inspired hover cars race around Wild West style outposts painting the town red… or yellow or blue. But is Trailblazers a fresh coat on a drab old genre or merely a minor touch upon the great canvas of arcade racers

My Review of Trailblazers on Xbox One

Trailblazers is certainly eye-catching. After seeing the beautiful visuals, I couldn’t be more excited to get my hands on this comic book style racer. As it turned out, there was a lot more to Trailblazers than originally thought. 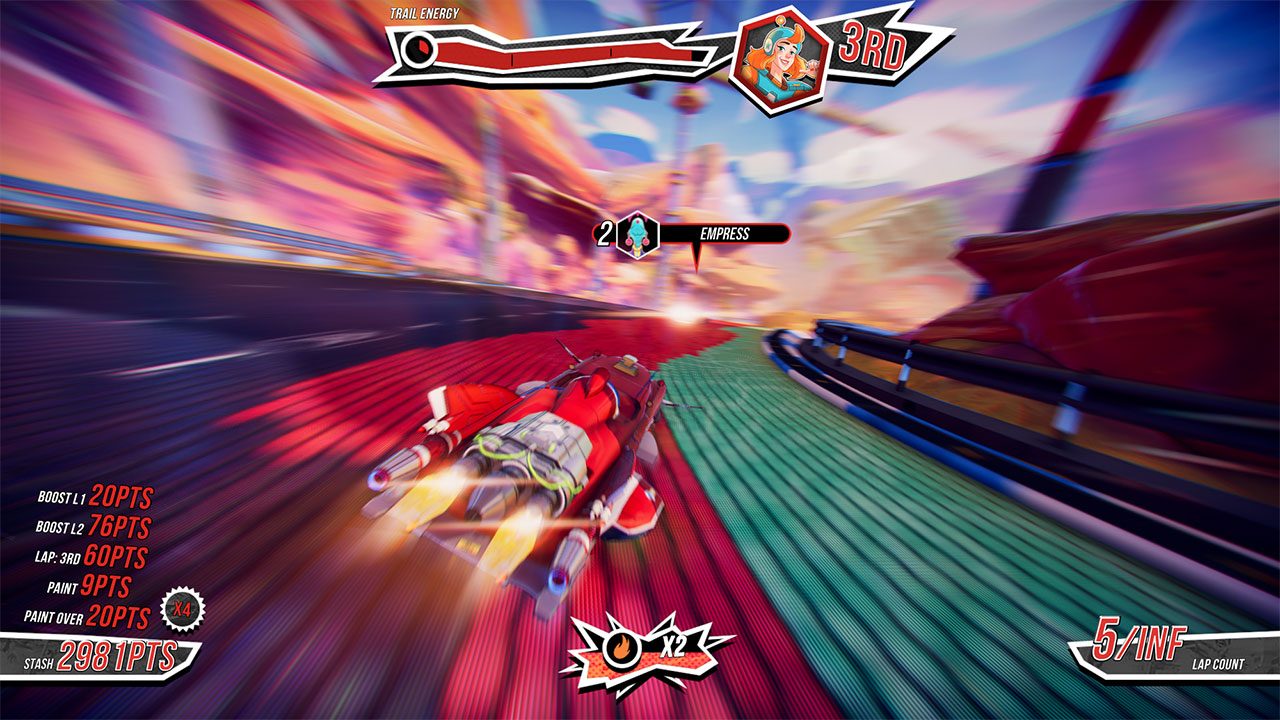 Trailblazers is a co-operative racing game with an innovative on-track game mechanic: paint the track, boost on your colour and work as a team to win. In short, it’s Splatoon on a race track.

Players take control of one of 10 comic book style racers from alien frogs to horn covered mechanics across a range of colourful and varied worlds. Whilst the cars and tracks look beautiful, the racers seem a little flat in comparison, but considering the game was made by a small team on

Being able to paint the track as you race and capture key areas to dynamically change the racing line means that you can then boost on your team’s colour to dominate the race and ensure a final victory.

Trailblazers enjoys various event types such as Time Trial, All Vs All, and Team Racing. There’s also Gate Chase, which tasks you to drive through a required number of gates, and Partner Battle where teams of two battle for high scores making for some challenging and frantic action. My favourite was the team racing mode that pits 3v3 in a unique race that has players try to win as a team instead of going for gold alone. 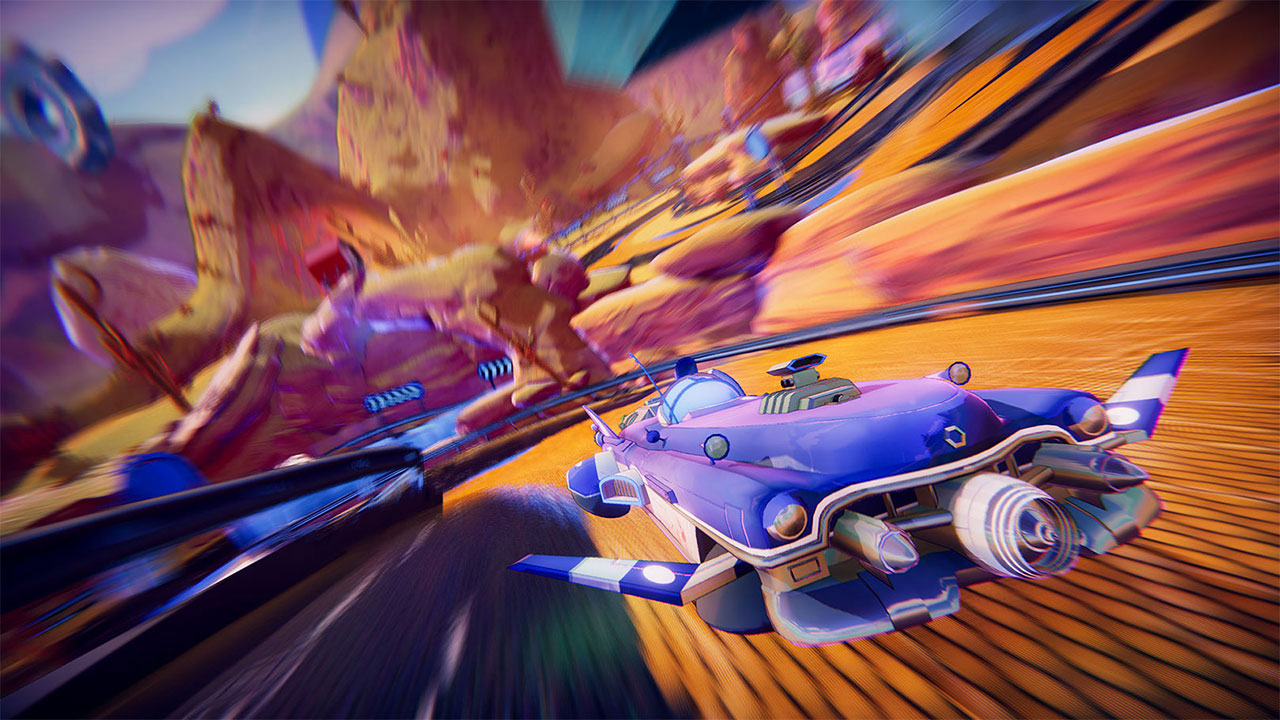 The UK indie developer SuperGonk have created a fantastic looking game with a unique gameplay mechanic that sets it apart from other racers in the genre, however, the fun-filled multiplayer side of the game is dependent on having a large player base.

At launch, I played countless matches, but a few weeks after the launch and I have had to wait for players. However, the cross-play ability means that as more people buy the game on their console of choice, we should hopefully see an uptake in players.

Overall, Trailblazers is an ambitious racer from a small indie team that looks the business and introduces a new mechanic into the world of racing. The cool indie tunes and borderlands style visuals make this well worth trying, however, the longevity depends on the multiplayer aspect and a growing player base.

P.S. I decided to make a Spotify playlist of some of the tunes in the game as it has an awesome tracklist worthy of listening to in the real world! 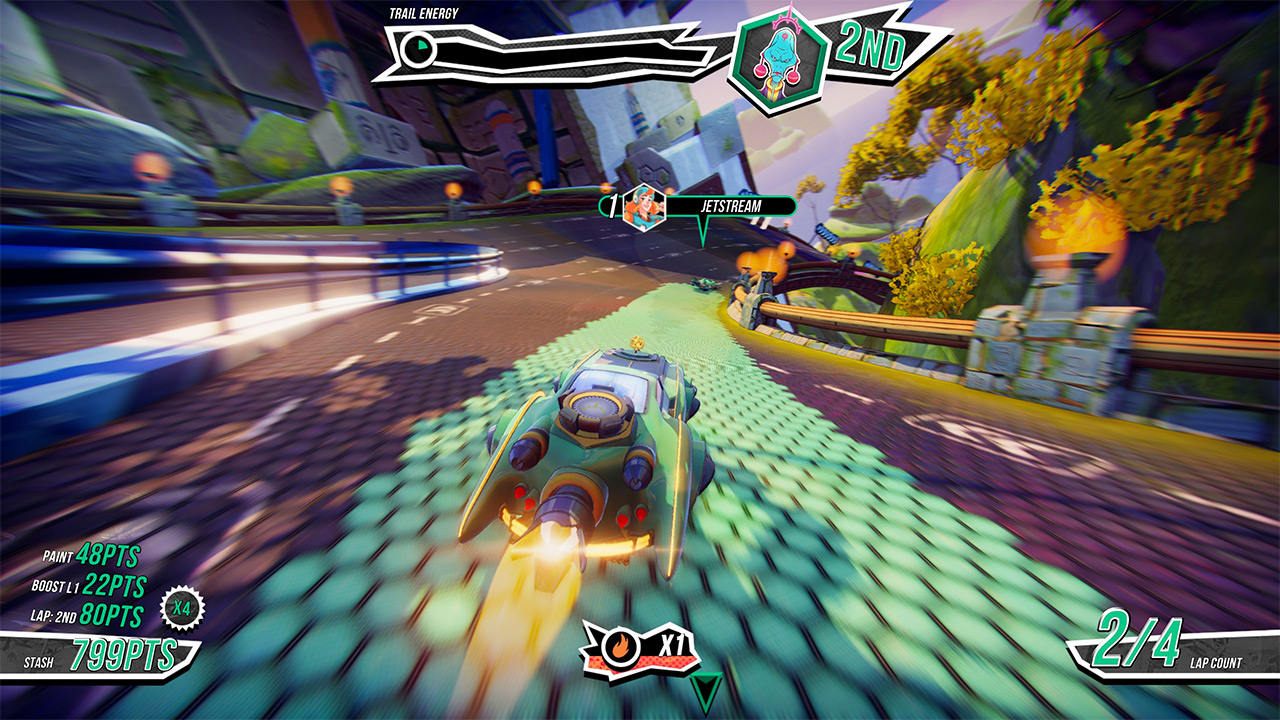 Article Name
First Impressions: Trailblazers on Xbox One
Description
Trailblazers is an ambitious racer from a small indie team that looks the business and introduces a new mechanic into the world of racing. The cool indie tunes and borderlands style visuals make this well worth trying, however, the longevity depends on the multiplayer aspect and a growing player base.
Author
Ian Garstang
Gaming Debugged