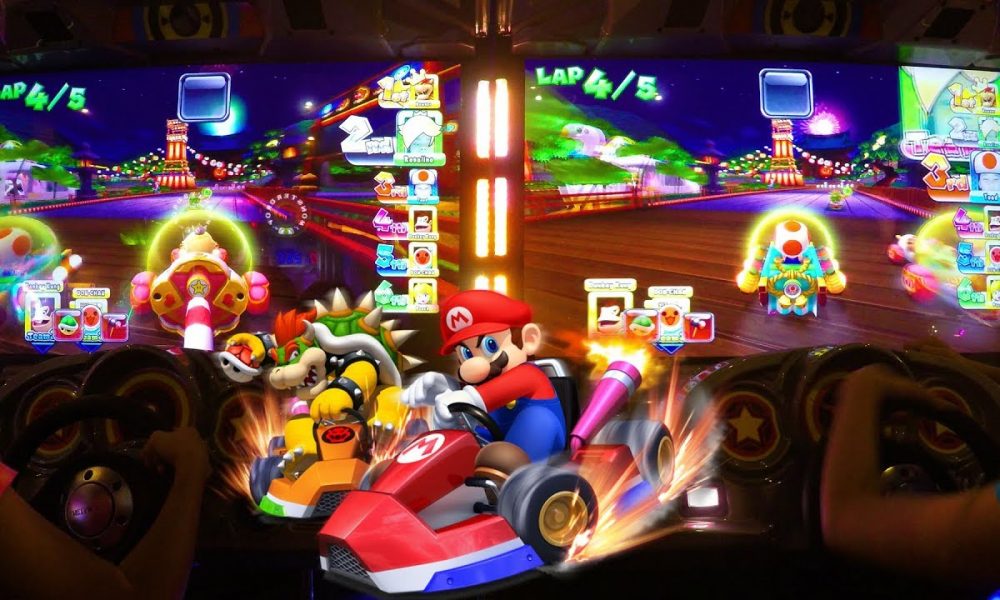 After a recent trip to enjoy the bustling atmosphere, bright lights and varying array of new games in my local pier, I was amazed to see how gaming has crossed over and overlapped in many weird and wonderful ways. I played a giant version on Crossy Road, in which a six-foot portrait-style screen housed the magnified mobile game. Then, we went on to play a sit-on motorbike game but with a VR headset on. All the games seem to be jumping genres and mixing styles.

Usually, in an arcade, there are two distinct sections; the gambling side, in which you have the slot machines, the bandits and the video poker. On the other side, you have the arcade games such as driving games, shooting games and fairground style carnival games. However, Whilst playing the new Mario Kart DX Arcade edition, I was surprised to see a slot machine inspired section in which players get randomly selected power-ups. I can understand why this was done, as making such strategic decisions at this point in the game would be hugely difficult and too much for little kids to understand. But what it is actually doing in introducing kids to slot machine mechanics at a very early age.

But this isn’t the first time video games have crossed over to online slots. There is a very popular Street Fighter 2 Slots game over at NetEnt as well as many more NetEnt Slots by smartcasinoguide. 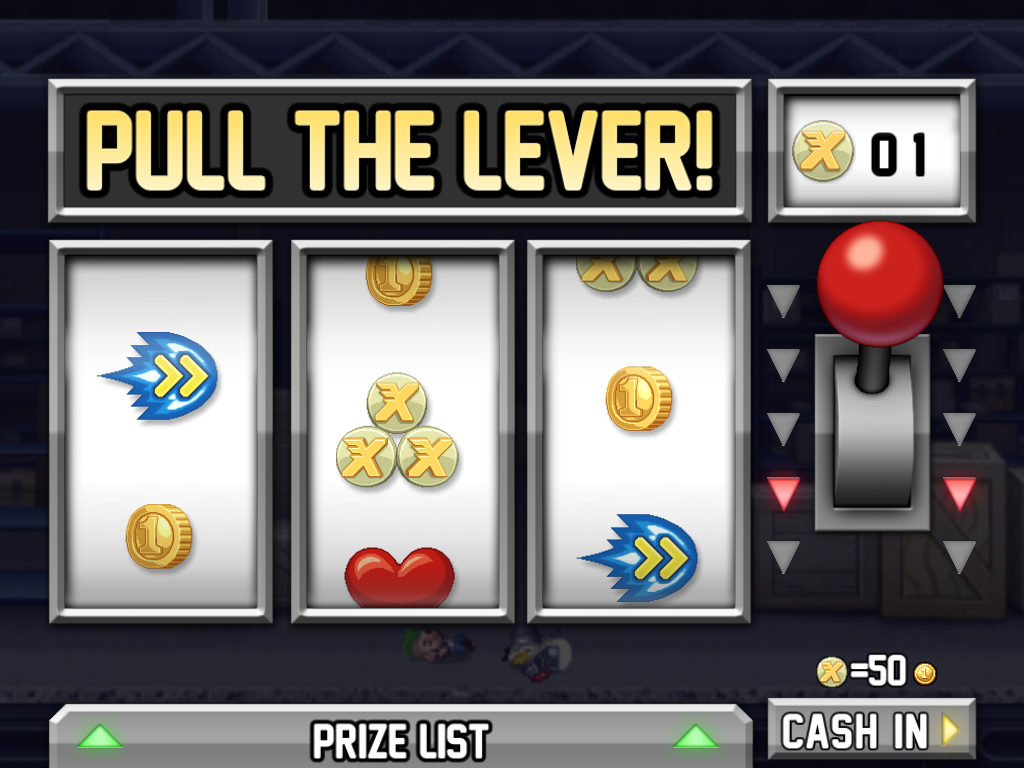 So after I used slots to choose your weapon pack in Mario Kart DX arcade, I found myself seeing gambling mechanics in all sorts of games. In Jetpack Joyride, whenever you die, players get the choice to use a slot machine for extra lives and power-ups. Whilst this is commonplace these days for mobile games, many use it to keep you playing (or paying). But consoles games are not without their own versions. In GTA 5 online, Youtube is littered with videos on how to get unlimited spins in the casino.

Are you seeing an increase in gambling mechanics in the games you play? Do you think they add to the games or should stay on their own side of the pier. Leave you thoughts in the comments below.