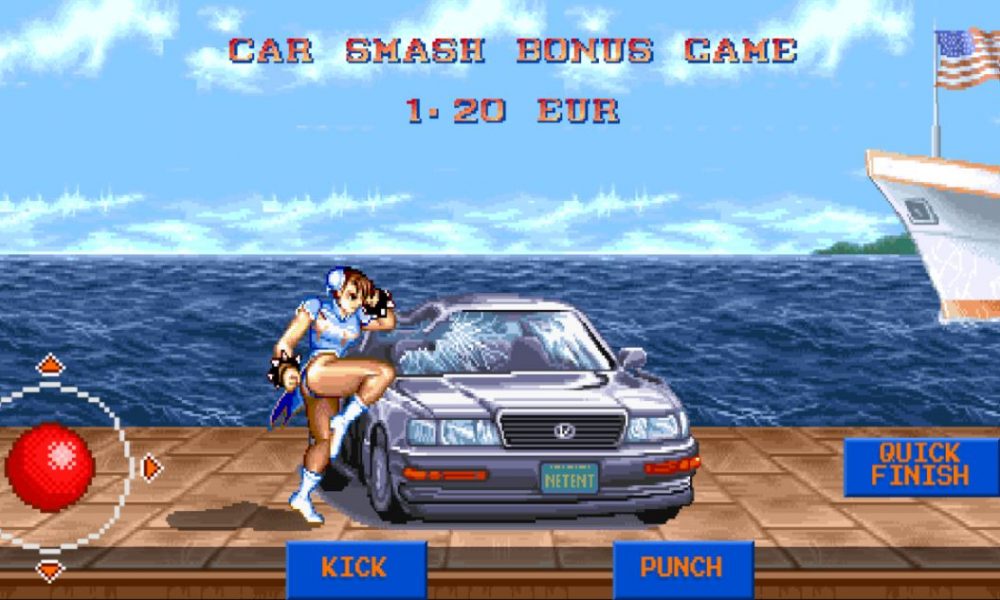 It’s fair to say that the Japanese video game developer and publisher Capcom, behind the acclaimed release of Street Fighter in 1987, could not have anticipated its phenomenal success. The 1991 follow-up Street Fighter II became a best seller and paved the way for head-to-head fighting themes.

In the decades that followed, the video game franchise has sold over 44 million games. The success has spawned sequels, crossovers and spin-offs into (UDON) comics, manga, a stage show, cartoon, live-action Hollywood movies – and now a video slot!

So, when the leading slot developer NetEnt announced its partnership with Capcom to create Street Fighter II: The World Warrior slot in early 2020, it raised a few eyebrows. Undoubtedly, a few Comic-Con geeks, to which I also profess to be amongst, scrambled out of their parents’ basements in search of news. With such an iconic franchise, the question became whether NetEnt could do it justice!

Finally, the May 2020 release date arrived, and boy were fans treated to a little slice of heaven! True to the video game, the slot design was nostalgic with recognizable 16-bit graphics and arcade-style sound effects.

Furthermore, the video slot’s gamification mimicked the fighting sequences of the arcade version with one of the opponents on each side of the 5×5 playing grid attacking on every winning spin.

You can still choose one of eight avatars (fighters) by first entering the game. Your choice waits on the left side of the grid. Do you remember Japanese karateka Ryu, his American best friend Ken, Chinese martial-artist Chun-Li, Indian yoga master Dhalsim, Japanese sumo wrestler E. Honda, American air force operative Guile, Russian wrestler/sambo fighter Zangief and Brasilian mutant Blanka? As you’re ready to start your spin, even the voiceover that announces ‘Round 1 – Fight!’, is present.

Each of the fighters displays their health at the top of the playing area. A little different from the arcade, your fighter’s or opponent’s health diminishes according to the winning symbols. Each player has two versions: winning and losing for a total of four.

Even if you’re the first to lose all your health points, you will still get to smash something – besides your opponent! The slot version lets you take out all your rage on a car during a bonus game.

On the other hand, if you win your fight, you then get to face the more brutal final four opponents, during free spins, called Boss characters. Remember Balrog, Vega, Sagat and M. Bison? As with the arcade version, your goal is to level up, for greater wins.

Street Fighter II slot represents a coming of age that rekindles the memories of the video arcade days of our youth. It’s easy for diehard fans to turn into outspoken critics, particularly when you mess with a beloved classic. Fortunately, Capcom and NetEnt recognized the feel-good factor of nostalgia, striking a winning balance that remained faithful to the original.