The People Behind The Most Iconic Voices In Video Games 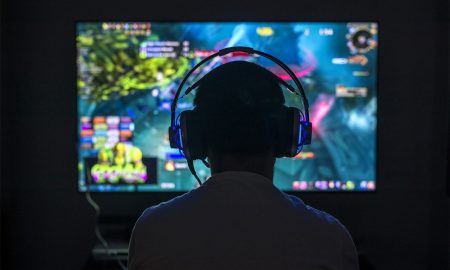 Is Videogame Journalism Fair and Balanced? 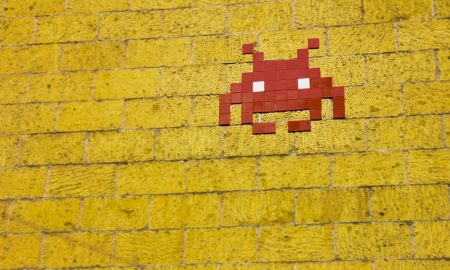 Get Paid for Playing Video Games 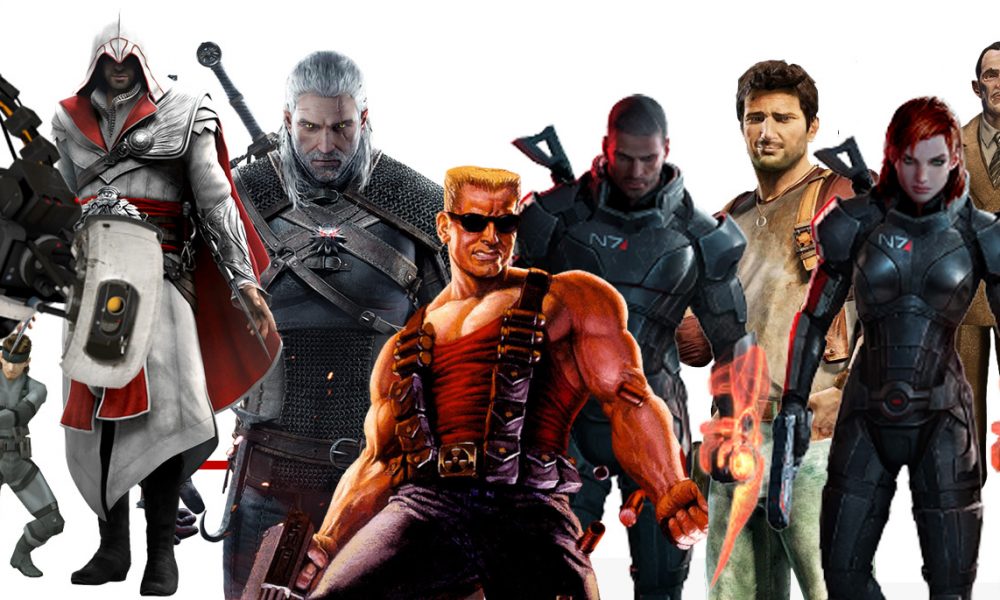 However, there are some characters that just stand head and shoulders above the rest. These are characters with moments that resonate throughout gaming culture for years. Characters with stories, performances, and personalities that earn them a place in the hall of fame.

The characters that strike a chord with audiences are what this piece is all about. It is dedicated to some of the most iconic performances in gaming, and an exploration of the voice actors who breathed life into them.

We are kicking this off with an obvious one. There are very few video game characters as memorable as David Hayter as Snake. The rugged, coarse voice that David Hayter applies to the character set the standard of what a video game action protagonist should be.

He is competent, cool and an all-around badass… Although, he does ask a lot of questions…

Metal Gear Solid, released in 1998, was one of the titles that propelled gaming into the realm of cinematic quality. Before this game, there were hardly any instances wherein character performances could be considered to rival a Hollywood blockbuster.

From the mind of Legendary Japanese game developer Hideo Kojima, Solid Snake and Metal Gear Solid was born. Kojima, the cinephile that he is, emulated action heroes of the time to craft the character of Snake. The character is more than a little similar to Kurt Russell’s character from Escape from New York.

But the character of Snake has been carved into his own icon, in and of himself. David Hayter has since departed from the role of Snake in Metal Gear Solid V, recast as Kiefer Sutherland. A decision that levied no small amount of controversy.

Regardless, it is David Hayter’s performance that stands the test of time. This interpretation of Snake is the mainstay across the vast majority of the character’s appearances. It is safe to say David Hayter is the voice that made Snake an iconic figure in gaming culture.

David Hayter has a relatively modest history in voice acting, outside of his performance as Snake. But it is important to recognise that Hayter is a highly esteemed writer and had his work featured in the famous X-Men (2000) and X2 (2003).

A man of many talents!

“A man chooses; a slave obeys”

A man born from an unrelenting dream for a utopia wherein men can be “free”. Andrew Ryan was a man unyielding in his dream to see the freest of markets; capitalism incarnate.

At least… That was the idea…

Whilst Andrew Ryan conceived of a land where no man would be bound by censure or taxation, the outcome was anything but. A nightmare created of scientific exploitation and monetary greed, the underwater city of Rapture degenerated into Hell on Earth. With Andrew Ryan holding the keys.

Regardless of how things panned out, the charisma, class and imagination of the man Andrew Ryan is a standout element that makes the first Bioshock into something special.

While Ryan is locked away in his penthouse for the majority of Bioshock, through audio logs and announcements his presence is made known. Armin Shimerman truly captures the essence of Andrew Ryan in his performance.

Shimerman sells Ryan as a man who has slowly lost his mind, as his dream slips from his grasp. Slowly, it is unveiled that Andrew Ryan would sooner destroy Rapture than let it fall to others. Even betraying his own vision in the process.

His misguided ideology can be heard firsthand in the propaganda material, in-game. His charisma and madness are intertwined perfectly in these books.

Duke Nukem is something special. The character is the type that is as likely to shoot you as they are to laugh at you… or maybe both…

While Duke Nukem is far from a story-driven experience, the character of Duke is certainly one of the main draws of the franchise. Every line that comes out of his mouth is wacky, hilarious, or some kind of quote from a well-known film franchise.

It is Duke’s style and demeanor that made this character an icon of the 90s gaming world. Duke’s style is given form through the performance of John St. John. Duke has worked in video game voice acting for decades, so has certainly become synonymous with the Duke name.

“The Council can kiss my ass!”

How could we get through a list of memorable characters and voice actors without turning attention to this entry?

To call Commander Shepard one of gaming’s most recognisable characters would be an understatement. Shepard is a career soldier, turned Spectre – the galaxy’s most formidable combatants. At every turn, Shepard defies what is possible; Ilos, suicide mission, defeating the Reapers.

While the player is in control of Commander Shepard’s actions, Shepard still feels like a distinctive character. This is doubtlessly an effect of the incredible vocal performances that Mark Meer and Jennifer Hale provided for the Commander. Each voice giving Shepard an exclusive feeling.

Both voice actors have extensive portfolios of voice work, however, Jennifer Hale’s work history is next level. I guarantee that Jennifer Hale has been in something you have played or watched, without question. She is one of the voice acting world’s major players – which is why it is no wonder she appeared on this list somewhere.

Hale’s tenure as Commander Shepard’s female variant “Fem Shep” was so well-received that Fem Shep even had a trailer made with her at the helm. Bioware made sure that a female Shepard was not a mere afterthought.

GLaDOS may be the most passive-aggressive, sarcastic villain in all of gaming history. GLaDOS is an AI who just wants to test all day. She has one single test subject, Chell, who serves the role of GLaDOS’ human guinea pig.

While Portal is majorly a puzzle game, featuring a mute protagonist, this does not stop its character shining through. The comedy is front and centre in this game, especially whenever GLaDOS decides to jump in and insult the player.

Throughout the course of the games, GLaDOS will fire underhanded compliments and use dry wit to make sure that the player feels emotionally hurt in some way, to hilarious result.

The performance by Ellen McClain is seminal. Her voice captures the woe-is-me, evil computer demeanor masterfully. Ellen demonstrates the process that her voice underwent when working on Portal:

“I Have Seen Enough For One Life…”

Ezio Auditore da Firenze was a master assassin of the creed. The main protagonist of 3 main Assassin’s Creed entries – Ezio is a fan favourite. He is an iconic action protagonist in gaming culture. He is charming, suave, talented and grows to become wise. His flawed behaviour helped build him into a multifaceted character that people really connect with.

Each game covers a large swath of Ezio’s life as an assassin. Assassin’s Creed 2 introduces Ezio and follows him through a story of revenge for his family’s murder. His final outing, Revelations features Ezio as an old man, as he learns to let go of the endless questions that have driven him to the brink of civilisation.

Roger Craig Smith gave Ezio his signature voice. Roger Craig Smith’s performance as Ezio was unique, to say the least. As the games featured Ezio throughout many stages of his life, Smith had to alter his voice for each stage.

“I didn’t think that far ahead!”

Nathan Drake. A thief, an adventurer, a rogue; the list goes on. Drake is absolutely one of gaming’s most notable protagonists. He is well known for his one-liners, quips, and generally being a smart ass.

This character captured the hearts of millions after the hit that was Uncharted 2, which sent the franchise soaring to popularity. The success was in no small part down to the story and characters – both of which were extremely memorable.

Drake would always have something clever to say, which gets him into a lot of trouble throughout the Uncharted franchise. His charisma is undeniable, his charm irrefutable.

Nathan Drake was given his voice by none other than Nolan North. It was a guarantee that Nolan North would show up somewhere on this list. He is one of the most well-known voice actors in the industry by a large margin. In fact, he voices so many characters that in Saints Row: The Third there is a voice option named “Nolan North”.

“If I’m to choose between one evil and another; I’d rather not choose at all”

A unique entry among our list is Geralt of Rivia, from The Witcher. Geralt is not a game character per-se as he originated in the Polish Novel series by Andrzej Sapkowski.

However, his appearance in video games is the vision of game studio CD Projekt Red, and his stories are all original. So it wouldn’t be right to snub him from this list.

Geralt of Rivia is a Witcher, a group of bounty hunters for hire, specialising in killing monsters. While Geralt is certainly competent, it is his distinctive voice that sets him apart from the crowd.

Doug Cockle’s version of Geralt of Rivia is the standard by which all other interpretations are measured. The rough, gravelly, dry wit that Cockle instills into Geralt is his signature demeanour.

These are even traits that Henry Cavil folds into his own version of Geralt of Rivia, as part of the ongoing Netflix original series. You can hear the inspiration when you hear them side by side.

That is our list of the most iconic performances in video game voice acting history!

There are so many more out there, so we would love to hear your thoughts. Who did we miss? Do you have a favourite?