Why is it that a simple mobile game that sees you building houses and businesses, whilst protecting the residents from a post apocalyptic horde of zombies, has me so obsessed? 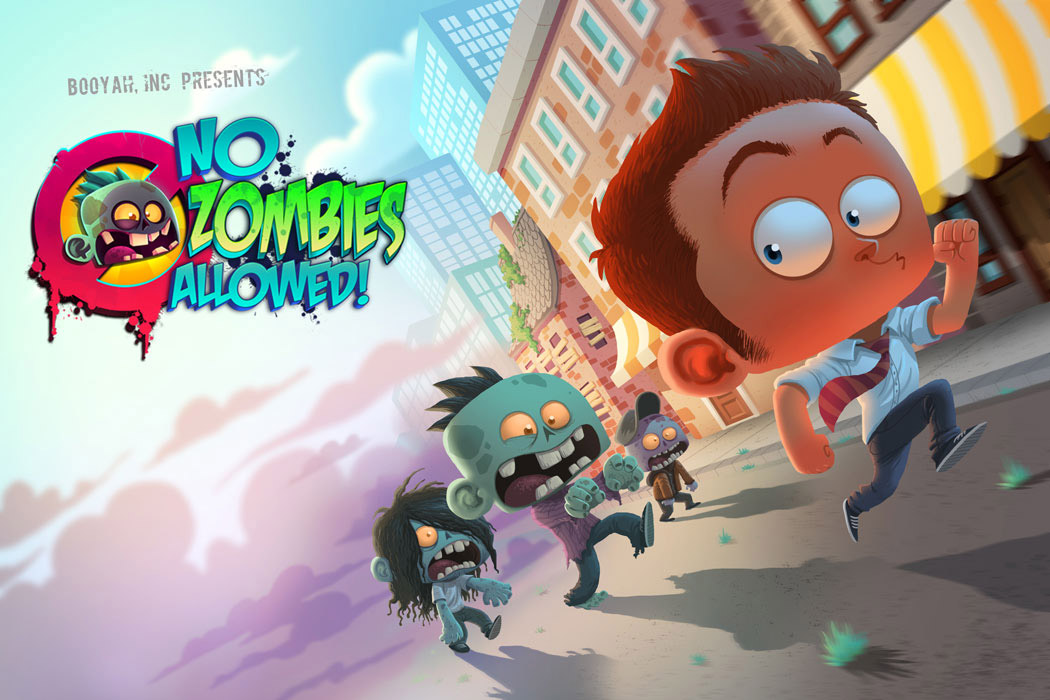 I am a seasoned gamer and love playing video games, and yet I like to think that I have some common sense as well as a family to feed. Why is it that a simple mobile game that sees you building houses and businesses, whilst protecting the residents from a post apocalyptic horde of zombies, has me so obsessed?

I’m no spring chicken and as such I have played through many a game from an Atari 2600 through to an Xbox 360 and completed, dented and sometimes only scratched the surface (Oblivion) of various games. I later went on to design and develop games for the iPhone and iPad. I thought all of this ‘experience’ would prepare me for anything the gaming industry could throw at me, but I was sorely mistaken.

A free download started me off. Many free games don’t stay on a phone for long so I didn’t expect much from ‘No Zombies Allowed’ and to be honest it didn’t deliver much. I built a house and a shop and then had to wait before I could do anything else… Wait!!! Five minutes turned to ten minutes, ten minutes soon became hours and before I knew what had happened I had 20 buildings and residents busy do their own little things. I decided to pay out for some in-game cash using real money ($1.99) and swore to myself that is all I would spend.

Thankfully I have (so far) kept to this but this hasn’t stopped me waiting and checking every ten minutes to find out what my little community has made, sold, found or killed.

I started to notice something was wrong when I found myself stocking up and doing supply runs as I walked down the street (even with company). I would get frustrated at the sun for glaring on my screen and ruining my 100% no damage bonus and speedily find a shaded route to my destination. It reached a new low when I found myself at 3am preparing a supply run so it would be ready by 7am when I got up. In my defence, however, I have a 1 year old who doesn’t sleep through so I didn’t set an alarm, I was merely ‘up anyway’. Nevertheless, this is no excuse for such an obsession.

As if to answer my deep routed prayers to be rid of this game I was given two opportunities to finally be separated from my obsession. Firstly, I stumbled on the scoreboard that not only showed the top player having 999 building compared to my measly 60 but showed the amount of zombies killed at a staggering and mathematically impossible 2,147,448,679. There is no way that I could waste that amount of time killing zombies unless my life, and the lives of my loved ones depended on it. The second rest bite came when I cracked the screen of my phone and had to send it away for repairs. To cut a long story short, a missing SIM card and additional damages meant that six weeks later I have a brand new, restored to default, shiny iPhone.

My new phone was clear of game data. My less than angry birds were now pretty fuming again having to start at level one and my little town of 70 residents were now only found in the depths of my memory.

Any sane person at this stage would say ‘oh well, it was zapping my time anyway’ and continue on with their lives as normal… I lasted 5 days before booting up the app again and earning my free dollars.

That was five days ago. Now I have 40+ buildings and my smaller (but still busy) team are making and selling virtual goodies and I find myself at 11.30pm preparing my shops are supply runs ready for when I awake.

Do I like this game? Absolutely. Would I recommend it to a friend? Of course, but with with a strong warning. I have to hand it to Booyah for creating a fantastic game that balances anticipation with action and instant gratification with a long-term sense of achievement. It’s perfect for the mobile market and their regular updates are most welcome. However, I have a family to feed and a life that needs living so if anyone can help with my addiction, I’m all ears (in between supply runs obviously).