It looks like 2013 is the year of the Zombie. Wizards are now old hat and the vampire fad seems to have died a death. Nowadays you can’t move for the undead. The Walking Dead is doing great on both TV and in video games, Warm Bodies and World War Z is showing that both independent movies and big summer blockbusters are all casting the brain munching monsters as main characters. Zombies are so popular nowadays you can even do Zombie Experience Days that look pretty awesome.

Let’s take a look at 11 of the best zombie related gaming moments, characters and games. 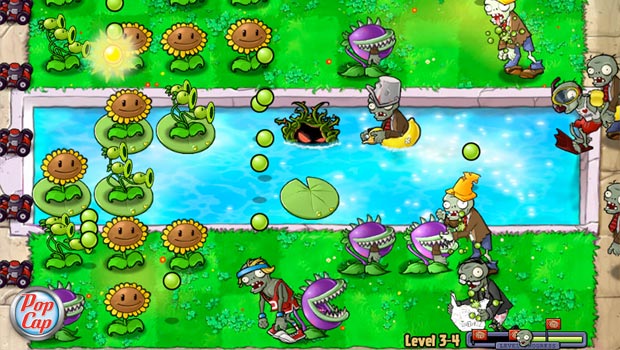 These cute zombies just don’t stop coming so it’s a good thing they are brimming with personality. This is a game that goes to show that zombies can still look very cool in a cartoon style and as such have made it onto a whole bunch of merchandise. Even giving those Angry Birds a run for their money. Its popularity was cemented when it was ported over to Xbox live arcade to gain even greater popularity.

Stubbs is one of those zombies that shows you can still make people laugh while you are munching on their brains. This Xbox exclusive game has a great late 50’s setting. And one of the unique things about it is the fact that you can use Stubbs decaying body as a weapon. If you like to eat people, but have fun at the same time then this is for you. Sadly it came out in the twilight of the Xbox so didn’t get the appreciation it perhaps should have. 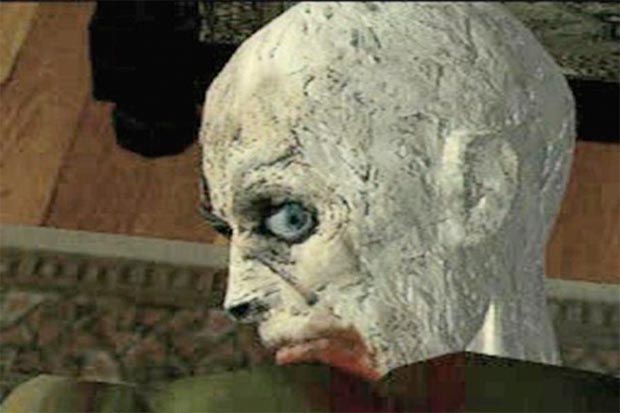 This zombie is part of one of the most iconic scenes in all of gaming. The first time that you walked around that corner and saw him eating one of your teammates was a moment that is permanently imprinted into many gamers minds. It is even cooler and gruesome in the remake of the original Resident Evil that was released on the Game Cube. The excitement as it cut from the game, to cut scene and back to game truly made you feel like you were in the game and will haunt many gamers for years to come. 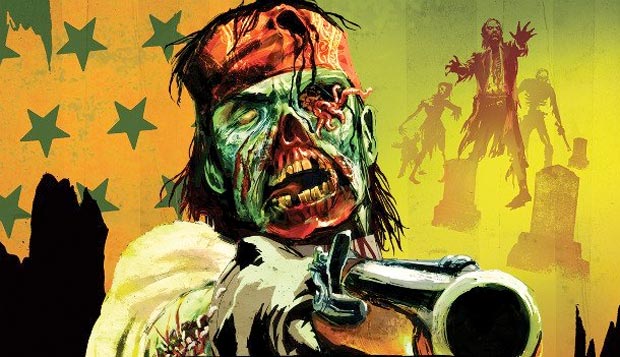 Red Dead Redemption had one of the most well-written and designed characters in all of gaming in John Marsten. Many people myself included were sad when John was shot down and we thought we would never get to play as him again. Well in the DLC titled Undead Nightmare we got to play as John once again, but this time once we had beaten the game we could play it as Zombie Marsten. He was still a badass cowboy, but he was an undead one. What is cool is that even though he is a zombie he has his human soul. 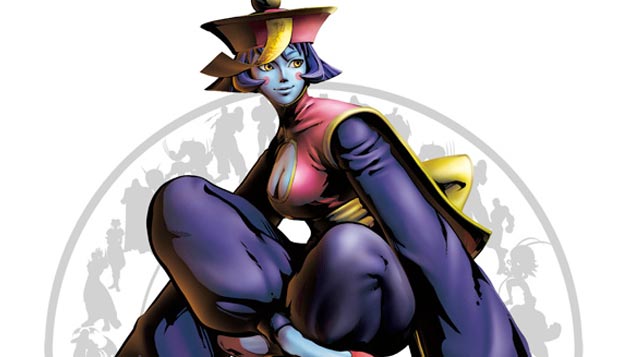 Darkstalkers introduced many cool monster characters to the beat em up genre. For its sequel Darkstalkers- Night Warriors one of the best new characters was Hsien-Ko. What made her so cool well my friends she is the ultimate zombie ninja. She has a really cool art design and she has appeared in numerous games in addition to the Darkstalkers series. 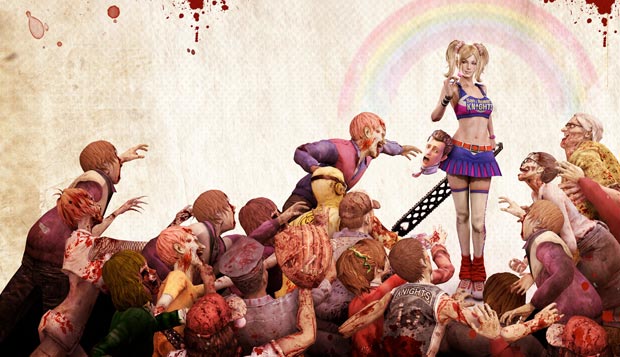 It is hard to just pick one character from this zombie-killing massacre of a game. You play the role of Juliet Starling a kick-ass zombie hunter. Who is right in the middle of a zombie apocalypse. There are numerous great zombies in this game. If you are someone who not only likes to kill zombies by the hundreds, but also enjoys some great art design on the undead. Then you owe it to yourself to play this hack and slash gem. 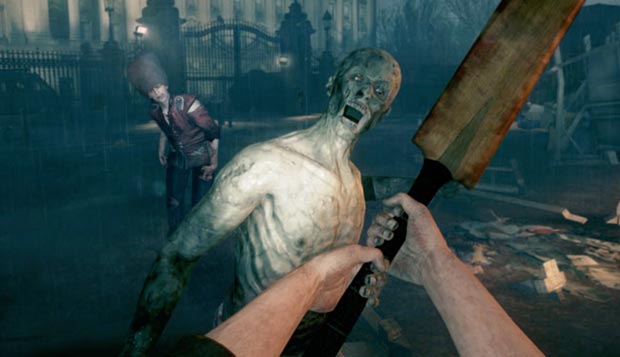 This launch game for the Wii U made sure that even people who jumped to the next generation of video games would not be safe from the undead. This took a more realistic approach to a zombie apocalypse. Rather than arming you with a ton of weapons. This is a game that is more about survival by being smart than just running around with a shotgun. 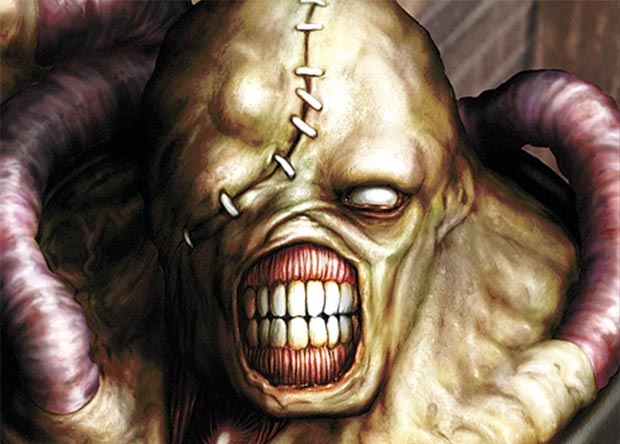 Nemesis was the star of Resident Evil 3 when it was relapsed on the original Sony Playstation back in 1999. Yes, I know that you actually played as Jill Valentine, but I am sure most gamers remember this was the game that had Nemesis. Resident Evil is well known for its various forms of zombie, but none perhaps are as terrifying as Nemesis. Not only is this guy a huge hulking beast of a zombie, but he can also be told what to do and sent out on missions. 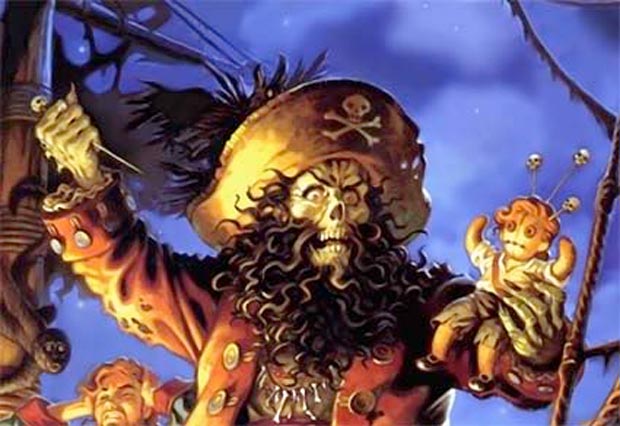 Captain Le Chuck came to our attention in the 1990 classic The Secret of Monkey Island, but I would bet most gamers would agree that it was the second game The Secret of Monkey Island 2: Le Chucks Revenge that really made him a star. For me and many others, there was only really one star and that was Le Chuck. While he is a undead monster. Let’s face the facts that at heart Le Chuck is a romantic. And his goal is always to win the heart of the lovely Ms Marley. But the way he goes about this is a little questionable. Still, Le Chuck despite being over 30 years old is still one of the most loved zombie characters. 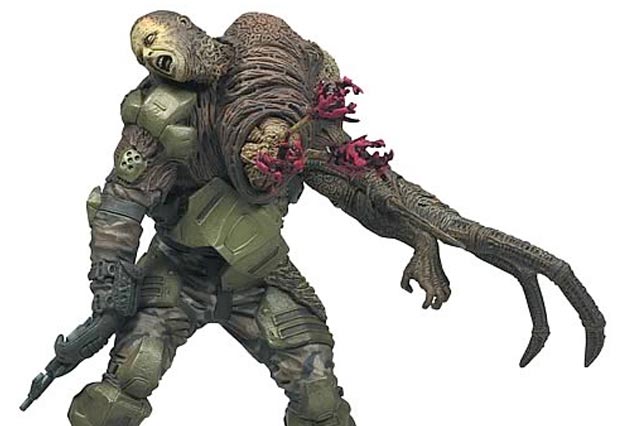 The Flood came to life in the monster hit that was the first game in the Halo series. They have been a part of the series for many of the installments. The Flood are a parasite that brings dead soldiers and covenant soldiers back to life. They are relentless and will just keep coming at you until you kill them all. It can be quite the nerve-wracking moment when you have to take down a huge amount of The Flood. Also, some of them can shoot guns. 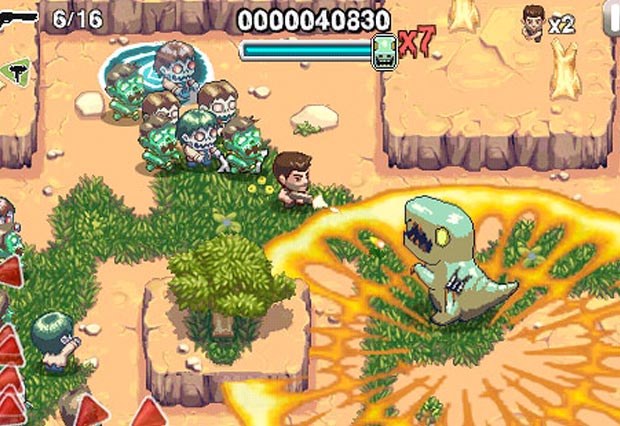