Five Biggest Peripherals of the 80s 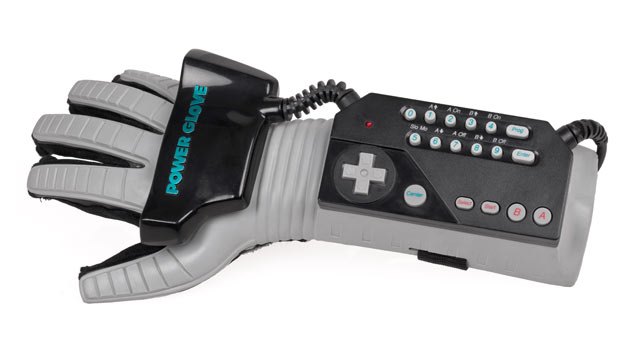 The 80s were a big time for peripherals. Even today we have plenty of extra options, but they aren’t a widely produced or heavily pushed a the ones that cropped up in the 80s. Everything was made out to be essential for epic gaming… and a lot of them did not live up to the hype! Still, the nostalgia of it all is there. Here are 5 of the biggest peripherals of the 80s. The power Pad was a staple in my household, and plenty of my friends has one. It had 12 pressure sensors on the mat and several games developed for it. The one I remember most is World Class Track Meet, which let you “run” on the pad and jump to make it over hurtles, or compete in long jump and other track events. Once you got the timing down, it was a ridiculously fun peripheral. This iconic joystick came with the Atari 2600 and set the standard for future joysticks for years. It’s simple 8 direction control and single button made gaming accessible to the masses. It had a sleek design and was solid throughout so it could take a beating every time you booted up track and field. The Zapper was another peripheral most households had, especially if they wanted to play Duck Hunt. The shape of the gun and style was visually awesome, but it didn’t work quite a well as one would hope. It worked by actually causing the game to actually become black for one frame, then having a target area drawn in white on the following frame. The Zapper detects the change and at which screen position the change was detected, which is how the game knows which target you are shooting at. Sadly, because of the way it works, it doesn’t’ work on LCD or plasma displays so you can’t plug this bad boy in today. The Power Glove looked epic, that’s something most of us cannot deny. It also just didn’t work. But it was an interesting comcept of your controller being slide on your hand as a glove, letting the flexing of your fingers control your on screen character. It didn’t actually work as well as described, though, and it’s appearance in “The Wizard” movie made it seem far more awesome than it turned out to be. Critical reception was a bust. The Omnibot, while not technically a peripheral, was still an awesome computer robot that expanded off the obsession in the 80s of AI technology. And while we were a long way off from that really coming to fruition, the Omnibot satisfied peoples needs for robots, apparently. They could carry light objects, record and playback a sequence of commands and had a built in digital clock. The sad thing about Omnibot; if you lost the remote control, as I’m sure many younger users did, you couldn’t activate it anymore.