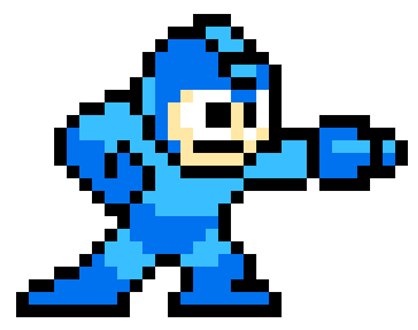 The eighties was a wild time as there was a multitude of different computers and consoles all fighting for market dominance. Capcom was a relatively small outfit who had just had a success with Ghosts and Goblins and was now in the look out for a Mascot to bring the brand to the wider audience.

Due to it being so small the birth of Mega Man was in the hands of just one man; Keiji Inafune. Not only did he create all of the original concept art but also digitized these ideas to create the original pixel artwork. Sadly Inafune also created the logo and box art too which was considered mediocre at best