Will the Fall Sports Titles Come Out on Next-Gen Consoles?

The rumored release date for Sony’s PlayStation 4 is sometime late this year, possibly late in the fall or early November. If this is true, it’s unlikely that Microsoft’s new Xbox, the Xbox 720, will be far behind. That means it’s probable we’ll have the next-gen consoles on the shelves in time for the holiday shopping season, yet just after the rush of fall sports gaming titles that typically come out around August or September.

The most notable of those sports games includes the following:

These games are all big sellers on the Xbox 360 and PlayStation 3, so it stands to reason that EASports and 2K would make every effort to tap into the next-gen market that’s going to be in full swing even before the release of the Xbox 720 and PlayStation 4.

If the publishers don’t release these games for the new platforms, it would have to be considered a wasted year for the franchises wouldn’t it? They would have a month or two at most, which would already be filled with speculation and news about games for the new consoles, before being completely overshadowed by the PS4 and 720 release dates. 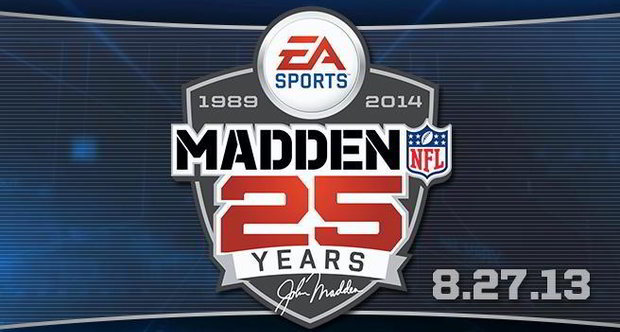 At this point EASports and 2K would have a few different directions they could go with this dilemma, and its pure speculation as to which direction they might choose. In the light of this being a bigger gaming year than usual, the following scenarios are all fairly plausible.

Conventional wisdom might suggest that the developers will wait until next year to release a full-on 720 and PS4 version of their games, but we need to consider that these companies are trying to make a profit and would have no reason to put out a game that isn’t going to sell in the wake of a next-gen console onslaught.

One thing to consider is that the Xbox 720 and PS4 will almost certainly play Xbox 360 games. Whether or not they’ll improve the graphical experience of the user or improve the game in any way is impossible to tell at this point. However it stands to reason that EA and 2K could make themselves feel a little bit better about potential sales by just saying, “Well, they’ll buy it for the 360, then just play it on the 720”.

But if they assumed that, would they be right?

New technology has a way of making old technology extremely thin and uninteresting. There’s little doubt that the graphical experience for gamers playing a 720 game on a 720 Xbox is going to be leaps and bounds ahead of what they get on the 360.

In fact, you’re probably looking at something closer to what someone might enjoy graphically on a gaming PC or at least close to it. With a significant improvement in graphics, 360 and PS3 sports games are going to be a tough sell no matter what.

Like I said, it’s all speculation at this point, but even with perhaps a bumpy year in store for fall sports titles, the future of sports gaming on consoles is extremely bright at this point. Getting a graphical overhaul from next-gen consoles is a much needed step and will be well-received by the mainstay sports gamers.

Titles like Madden seem almost too big to miss an event like the unveiling of a new Xbox, and even the NHL series has gotten popular enough over the years to be considered a likely candidate to release along with the console.

If they do it, we can only hope that these games will be solid pieces of software in their own right, and not just pandering copies of the 2013 games so they could sell on the 720 and PS4.

To know more about Brandon Perton and where to sell video games thru his Company The Old School Game Vault online now.