I feel like Jekyll and Hyde writing this review as Luckily for me, I played this game before playing Battlefield 4. My opinion before this event was very different to that of it after.

If you haven’t played Battlefield 4

Call of Duty Ghosts is a passable first person shooter from Infinity Ward. The graphics and textures do a good job at setting the scene but do not look as ‘next-gen’ as many of the other launch titles. Sounds and voice acting are solid and using headphones really help create a sense of depth when playing the more obscure levels such as those set in space and underwater. 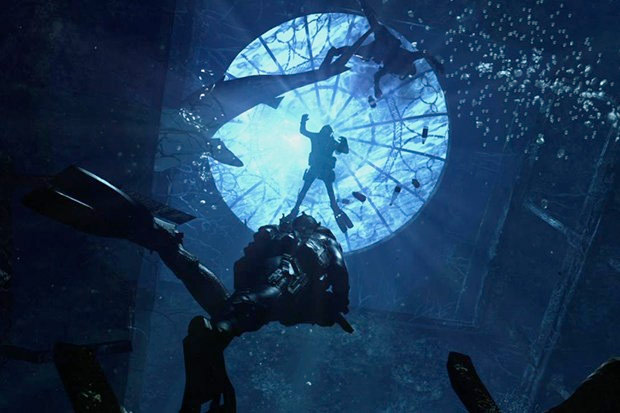 The single player campaign sees you take on the role of Logan Walker and after your town (and many others) are attacked you discover your father was a ‘Ghost’, a specialist covert agent who has saved the world on numerous occasions, and you are drafted in to help out. After which you follow a number of standard missions of sneaking in somewhere, and blasting your way out. This is littered with levels where you are chasing or being chased by an ex-ghost intent of taking you all out. The game also gives you a dog and whilst it might be a bit of a gimmick, it’s actually pretty cool and the only character in the game you give a monkey about.

The game is a nice idea and whilst it might make a good movie plot, in reality, the game is a lot of following people quietly which can get pretty boring. It never gets too boring that you will stop playing, as both my friends and I have played through the single player just to see the outcome but ultimately at the end, you will be left with a feeling of ‘meh!’. 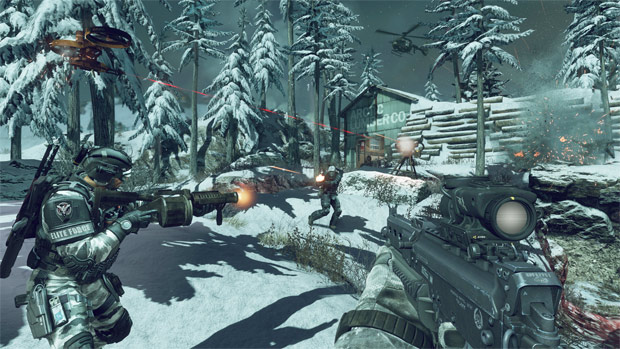 Take it online, you’ll be happy you did

The multiplayer is where this game really shines. There are over twelve multiplayer game types from classic ‘free-for-all’ to the all new Blitz which is similar to Capture the Flag in that the player needs to go to a portal located at the enemy’s spawn point while preventing players from the enemy team from reaching theirs. The maps are really well designed leaving very few places for people to camp out and wait for unsuspecting players. Sadly, the level balancing is not great and you will find newbies pitted against seasoned professionals meaning large differences between first and tenth place. The multiplayer is SO much more exciting than the single-player as death is but a few sections away for the lazy gamer. In order to succeed online you need to have patience, learn the maps, upgrade your gun and keep at it. 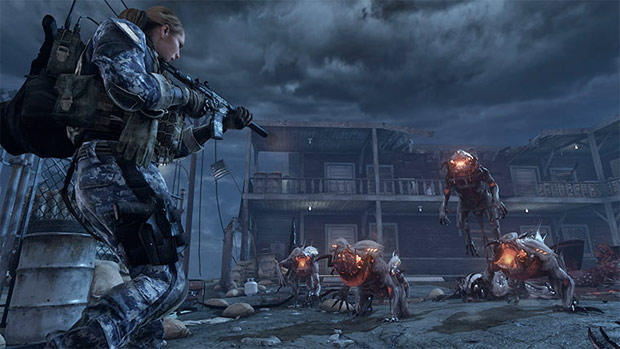 Also included in Call of Duty Ghosts is ‘Extinction’ mode. Extinction is a new four player co-op mode, that sees you fight for your life against various types of aliens in a base-defending survival map. You choose from four different class types, with varying traits and customizable load outs. Players can level up their class, unlocking additional weapons and equipment for their load outs. This mode is unlocked by finishing the first level of the Campaign, which is pretty easy… The single-player campaign can be completed in around 6 hours.

Sadly the game is merely ‘ok’. The single player is passable and the multiplayer is fun but like many others, I expected more. More DLC is due at the end of January that will keep the digital downloaders happy (as they can’t trade it in at this point) and judging by this trailer, it looks pretty good.

But what about BF4

After playing Battlefield 4 however, I was a changed man.  I have a full review coming soon but I can tell you that the graphics are better, the overall feel is more solid and much more next-gen. I’m glad I got to play COD first as I think playing the games the other way around would have spoiled my experience of COD.

If you are thinking of playing Call of Duty I would still say ‘go for it’ as it does have it good points but if you go in with a low expectation then you can only be pleasantly surprised. If the choice is between COD and BF4 the go for the latter, you’ll thank me.