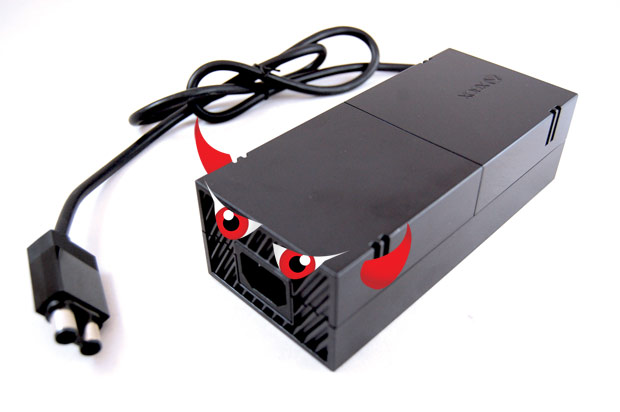 My new Xbox One holds a special place in my heart. It symbolises a new dawn in my own gaming career, as the last two years had been a barren gaming wasteland for me as I had two children join the family. It was hard to get much gaming in around the crying, nappies, sleep deprivation and of course, all the fun bits too. So when I took delivery of my Day One Edition Xbox it marked the day I would take my gaming life back. Within the first two months I owned half the launch titles and played most of the other half. This time, I would not be left behind.

I couldn’t be happier with my new entertainment system as it understood what i was saying, worked as it should, and kept me entertained. Even with a lack of games and apps I had high hopes for the future.

Only two months in and it stops working. I press the button and the musical chime sounds but nothing happens. Again I try pressing it, on, off, eject disc, on, off… Try the controller, change the batteries, try again. Nothing but the tease of an on tone… No light, no whirring, nothing…

Not to worry, I think… It’s only two months old and I heard Microsoft is dealing with this really well. My first call to Xbox Support goes well and we do some testing:

Tips for Troubleshooting your Xbox One

There is not much you or the person at the end of he phone can do to help your problem. In fact, there is only four things you can do:

After these four tests the support guy said they would send me a new one and to send the old one back after I have received the packaging. And three days later I had a new machine ready to go.

So close yet so far

I celebrated my new consoles imminent arrival by buying a game to play on it. In this case it was the Roman hack and slash, Ryse. I set up my new machine and…

Exactly the same issue…. Sound but no power…

Surprised that the new console had the same issue as my current console led me to the conclusion that the box was fine and that it must be a power issue. I called Xbox support and explained my issue. I asked if the power brick could be bought anywhere as I would be happy to go out and buy one in order to fix my issue. Upon finding out that the power brick and cables are hard to come by I asked to be sent a new one to test this theory.

I was put on hold…

After a short conversation on how two machines could have exactly the same issue I asked if they could just send me a new brick and I would send my faulty one back with my old Xbox… I was redirected to go to a shop and test it first.

The power pack was to blame

Thankfully a fellow Xbox One owner was able to bring over his cable and, as suspected, it was the cable that was to blame and so I hastily called Xbox customer services back to let them know about my recent discovery. Sadly I was not congratulated and told my new power brick would be winging its way back to me. Instead I was told that when they receive their new Xbox and faulty power brick back then they will proceed to order the new replacement power brick. So it looks like another ten days before I get to play again…